Take a look at the best of our trending stories from this week September 22, about the latest road bikes, tech, pro racing and more in the cycling industry.

Wout van Aert can round off a superb season by being crowned men’s world road race champion on home ground, giving Belgium a record-extending 27th rainbow jersey in male events. In all, 11 titles are up for grabs in the eight days (September 19-26) of wheel-to-wheel combat in Flanders, a cycling hotbed, which should draw massive  crowds as Belgium plays host for the 10th time but first since 2002 and on the championships’ 100th anniversary. The fairytale ending for them would be for Van Aert to take the men’s road race honors on the final day of competition and follow in the footsteps of fellow Belgians like Eddie Merckx (1967/71/74) and two-time champion Freddy Maertens (1976/81). The 27-year-old took silver in both last year’s road race and at the Tokyo Olympics — the latter after three stage wins in the Tour de France. Van Aert will face stiff competition for the road race on September 26 — a 166 mile ride from Antwerp to Leuven — from defending champion Julian Alaphilippe. Van Aert, though, landed a psychological blow ahead of the end of season showpiece by winning the Tour of Britain with the Frenchman in third.

“I think my form is where I want it to be,” said Van Aert, who is bidding to become the first Belgian road race champion since Philippe Gilbert in 2012.

Alaphilippe is far from disheartened at his showing as he focuses on achieving his target of successfully defending his title having opted out of a tilt at Olympic glory in order to do so.

“Fire in the legs for the end of the season, it will pay off,” he posted on his Instagram account during the Tour of Britain.

LEVERAGE YOUR FITNESS TO IMPROVE PEDALING 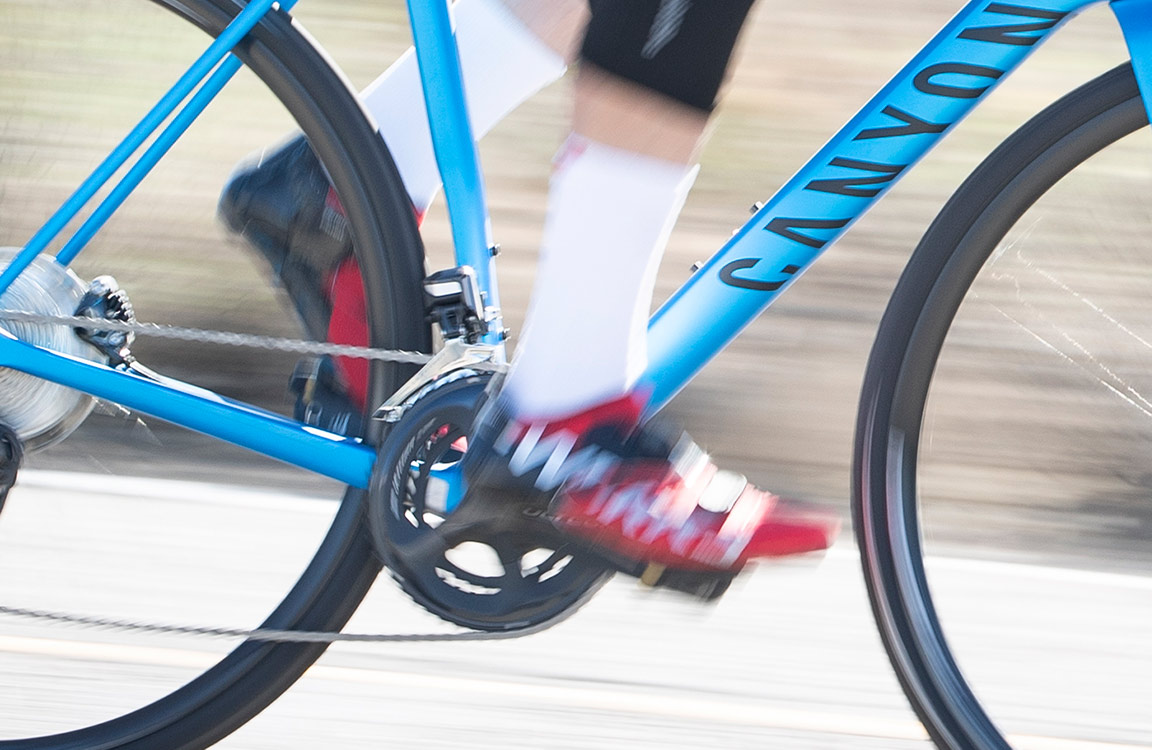 Cyclists tend to associate work on pedal stroke with winter training, but it is much better to focus on your pedal mechanics now, in the late summer and early fall. This is a unique time of year because you have a full season’s worth of elevated fitness and power, but if your goal events are behind you then you are free to shift your training focus to be less event specific. The best time to work on your cadence is when you can pedal both fast and with high power output!

When cyclists focus on pedaling technique during the winter it is often because they can shift into easier gears and increase cadence while keeping their overall intensity at the EnduranceMiles or Zone 2 level. And there are some good reasons to continue doing that. It gives people something to focus on during longer, easier aerobic conditioning rides and prepares people to maintain smooth pedaling technique when they start ramping up the power output for event-specific training.

At the other end of the season, however, you have the power and aerobic fitness from a summer’s worth of training and events, and your pedal stroke is likely quite smooth because of the increased hours you’ve spent on the bike during the summer. Remember, power output is the product of force and cadence and right now you’re good at both. So, use these factors to drive adaptations to your pedal stroke before your fitness starts to wane during the transition phase of the year.

INEOS TO RACE ON DISC BRAKES

Long championed by fans of old-school technology, Team Ineos announced today that they will finally be joining the rest of the modern world in adopting disc brake technology…look for Shimano’s hydraulic disc brakes to become standard fare for the future.

“Abarca Sports announces today the resolution by mutual agreement of the contract of the rider Miguel Angel Lopez, as of October 1st,” the team said on Twitter.  Lopez wrote: “It is the best decision we could make. Thanks to everyone at Movistar Team for the opportunity.”

Lopez, nicknamed ‘Superman’, joined Movistar from Astana for the 2021 season and won stage 18 of the Vuelta a Espana last month.

But he pulled out at stage 20, sitting third overall, amid rumors of a disagreement with the team. Lopez issued an apology afterwards and said: “We are humans, not machines.”

Tony Martin ended his career with a bang on Wednesday after helping Germany to win the mixed-relay time-trial at the world championships in Flanders. Tony Martin, Max Walscheid and Nikias Arndt were second fastest in the men’s section before Lisa Brennauer, Lisa Klein and Mieke Kroeger did even better to claim the gold medal. Germany beat the Netherlands by just 12 seconds while Italy squeezed into third, just five seconds ahead of Switzerland. The Italians posted the fastest time in the opening 14 mile loop in a relay race where three men race first and release the women’s team when they cross the finish line.

“It’s thanks to the girls, they made the difference,” Martin said after winning the event which was inaugurated in 2019.

“I’ll be honest, we were targetting the win, hoping for the gold medal. Now we’ll celebrate this win and I’ll be off for holidays with my family,” he said.

Jumbo-Visma rider Martin sparked a mass crash at the Tour de France in June when he collided with a fan holding up a sign on the first stage. The 36-year-old, who won four world titles in the individual time trial, in 2011, 2012, 2013 and 2016, announced Sunday that he would be retiring after the championships.

Just over a year ago, Specialized launched their first saddle using an additive 3D printed liquid polymer material for the padding, the S-Works Power with Mirror. Well turns out the premium saddle and tech has made its way to the Romin shape as well and we have had it for a few weeks. This technology isn’t new or limited to Specialized as we have also tested the Fizik Antares Versus Evo 00 Adaptive Saddle that launched in September of 2019.

The Romin shape is what we would consider more traditional in length and overall shape. Sure the S-Works badging tells you it’s going to be of the highest grade materials with a price tag to match but the Romin shape has always been a top pick for the RBA staff over the Power. The Mirror technology elevates the saddle’s potential far beyond what is possible with traditional foam. 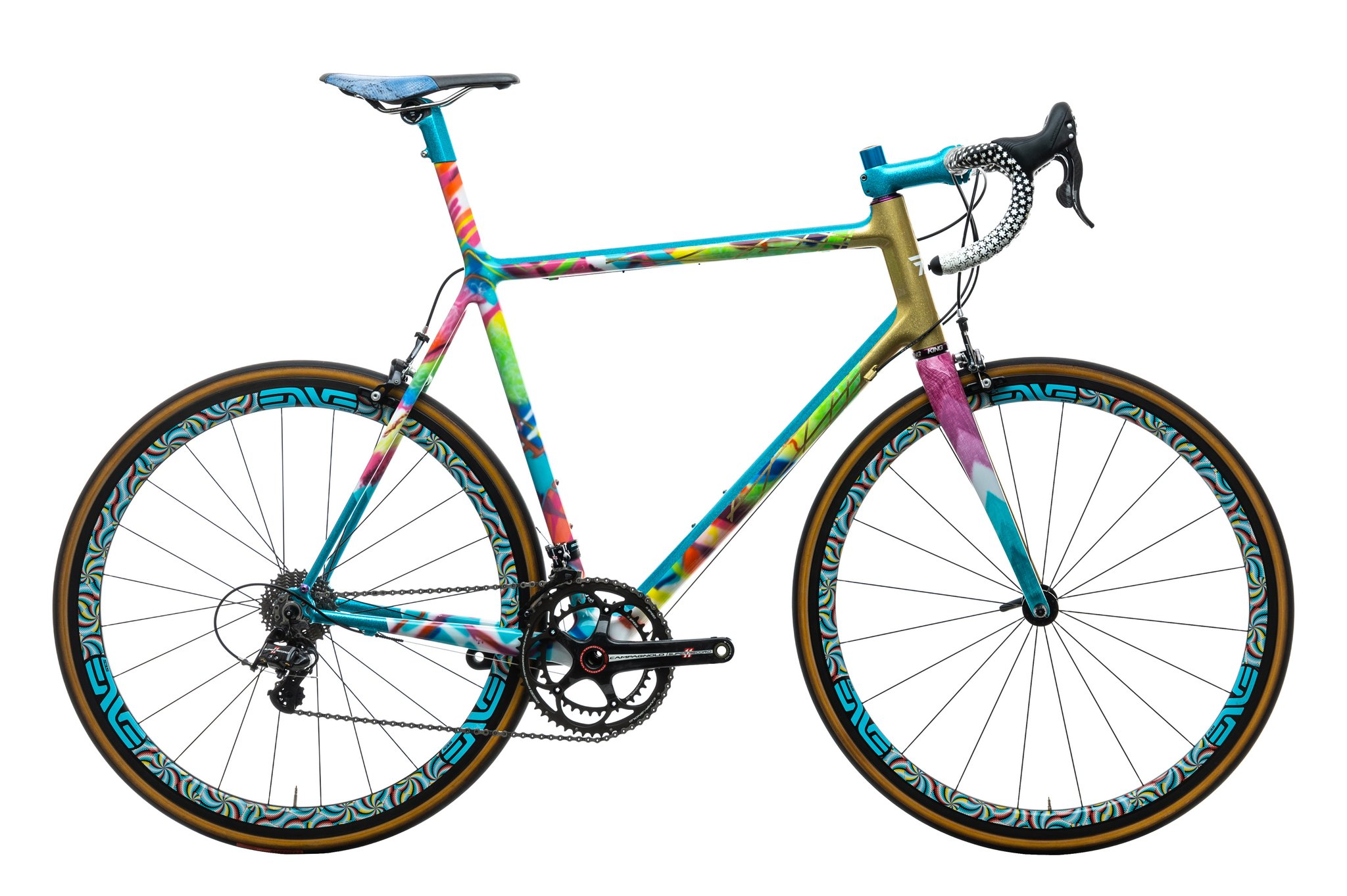 When it comes to cycling, we love custom and there is without a doubt that this Argonaut got some special treatment. The most obvious is the custom paint that we assure will be a one of a kind no matter where you ride. Custom ENVE SES 3.4 carbon wheelset, carbon stem & seatmast cap add to the aesthetic.

While this might be a bit too much for most of us, The Pro’s Closet has this beauty up for sale now. The bike is custome geometry but around a size large. They are asking $9000 for this never ridden but bike.

“​​A lot of people admire this bike. Which makes sense to me as it’s the most beautiful bike ever made. It’s funny because I think it probably rides good but I don’t know because I’ve never ridden it. Ever.”