Take a look at the best of our trending stories from this week September 29, about the latest road bikes, tech, pro racing and more in the cycling industry.

This weekend marks the long-awaited return of the grueling Paris-Roubaix classic that had been postponed for the second year running due to the Covid crisis. This year marks the 118th running of the race and the riders  will battle on the cobblestones for 34 miles, over the total distance of 160 miles, with 30 sectors to be tackled on the final 100 miles.

The first edition of Paris-Roubaix Femmes, which takes place the day before, on Saturday October 2, features 18 miles of cobblestones, with the last 50 miles being the same for both races. With just a few days to go before the big showdown, everything is in place.

Based on the latest inspection of the course, carried out on 28 September by Paris-Roubaix race director Thierry Gouvenou and race director of Paris-Roubaix Femmes, Franck Perque, the organizers have assigned a difficulty rating to each of the cobbled sectors of the race, assessed according to their length, the irregularity of the cobbles, the general condition of the section and its location. The sectors rated five stars remain the Trouée d’Arenberg, Mons-en-Pévèle and the Carrefour de l’Arbre.

LEVEL UP YOUR GLUTES 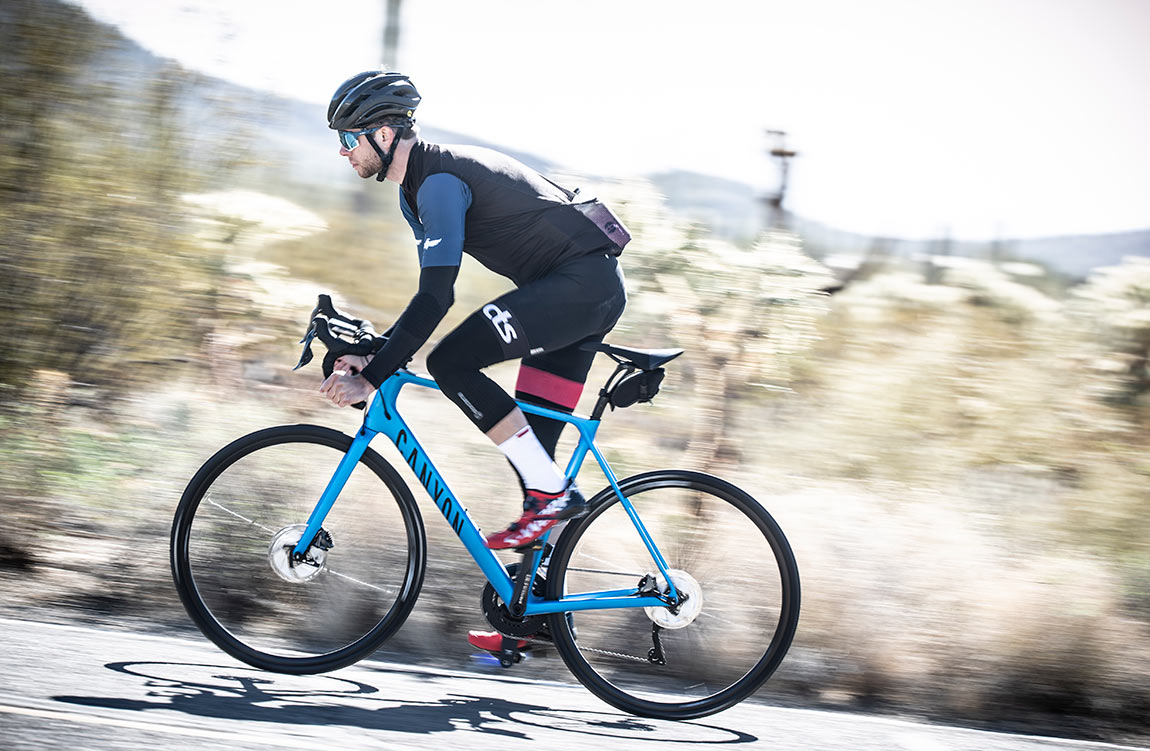 Weak gluteal muscles cause a bunch of problems for cyclists, including lower power output, knee and hip pain, and overworked quadriceps. Thankfully, there are great and simple exercises that get your glutes fired up and ready to rock.

Why Cyclists have weak glutes

You would think that a lower-body dominated exercise like cycling would be great for gluteus maximum, gluteus medius, and gluteus minimus. After all, this muscle group is primarily active in hip extension, a major component of the pedal stroke. They are also largely responsible for hip abduction, adduction, and rotation. This is where cyclists get in trouble.

Your highly repetitive pedal stroke involves a lot of hip extension and flexion, but not a lot of abduction (moving leg away from the midline), adduction (moving leg toward the midline), or rotation (turning the leg inward or outward). Cyclists who sit a lot during the day and train only (or almost only) on the bike have less robust neuromuscular connections responsible for these movements – as well as stabilization to resist these movements. You may not need more muscle mass; you may just need greater coordination from your nervous system to better use what you have.

Four feet wide and carried five above the ground by a seemingly endless series of stanchions, the Alaska Pipeline is, for most of its 800-mile route, the only mark humanity has made on the pristine wilderness of this last frontier. The only mark, that is, except for the road that accompanies the pipeline on its long journey south from the Arctic outpost of Prudhoe Bay to Valdez.

Defending champion Julian Alaphilippe won 2021 world championship road race on Sunday, after dropping all of his rivals following a series of solo attacks on Flanders’ cobbled hills. The Frenchman attacked from 30 miles out to create an elite group of 17 riders, then again from 10 miles to edge away to a solo victory in an epic 166 mile struggle. A four-way struggle for second place was clinched on the line by Dylan van Baarle of the Netherlands with Denmark’s Michael Valgren coming third. Alaphilippe won in a similar manner a year ago in Italy. The Belgian team had been favorite to win but team leader Wout van Aert faded with 15km to go almost straight after his 21-year-old team-mate Remco Evenepoel dropped out following a selfless and colossal effort as pilot-fish. Soloing to the Leuven finish line alone Alaphilippe said disappointed home Belgian fans had insulted him.

“I think they’d been hoping for Van Aert and many of them had less than nice words for me as I approached the line,” he said.

“It kind of makes it doubly joyful to win here,” he added. France team boss Thomas Voekler repeated the word “indescribable” as he hugged Alaphilippe vigorously.

“We hadn’t planned it that way,” Alaphilippe said smiling.

Italy’s Elisa Balsamo won the women’s world road race title on Saturday ending a four-year run of success for Dutch riders. The 23-year-old held off a challenge by the Netherlands’ three-time champion Marianne Vos to take the rainbow jersey after a grueling 98 mile ride under clear blue skies. Balsamo crossed the line with her arms spread wide in celebration as she became the first Italian to win the title since Giorgia Bronzini won the second of her two titles in 2011. Poland’s Katarzyna Niewadoma took the bronze. For the star-studded Dutch team it was a second high profile failure to guide one of their own to the title having been outfoxed by Austrian amateur Anna Kiensehofer in the Olympic road race in Tokyo. Little wonder that as Vos cried after crossing the line, Balsamo thanked her teammates for the work they had done to secure her victory.

“I’m totally speechless, I have no words to describe this feeling,” she said.

“It’s unbelievable. My team was so good. Without them this jersey wasn’t possible so my team were so good.

“My team made a perfect lead out, I really believed in them and after the last corner I only switch off my brain and say ‘you have to go full gas.’ 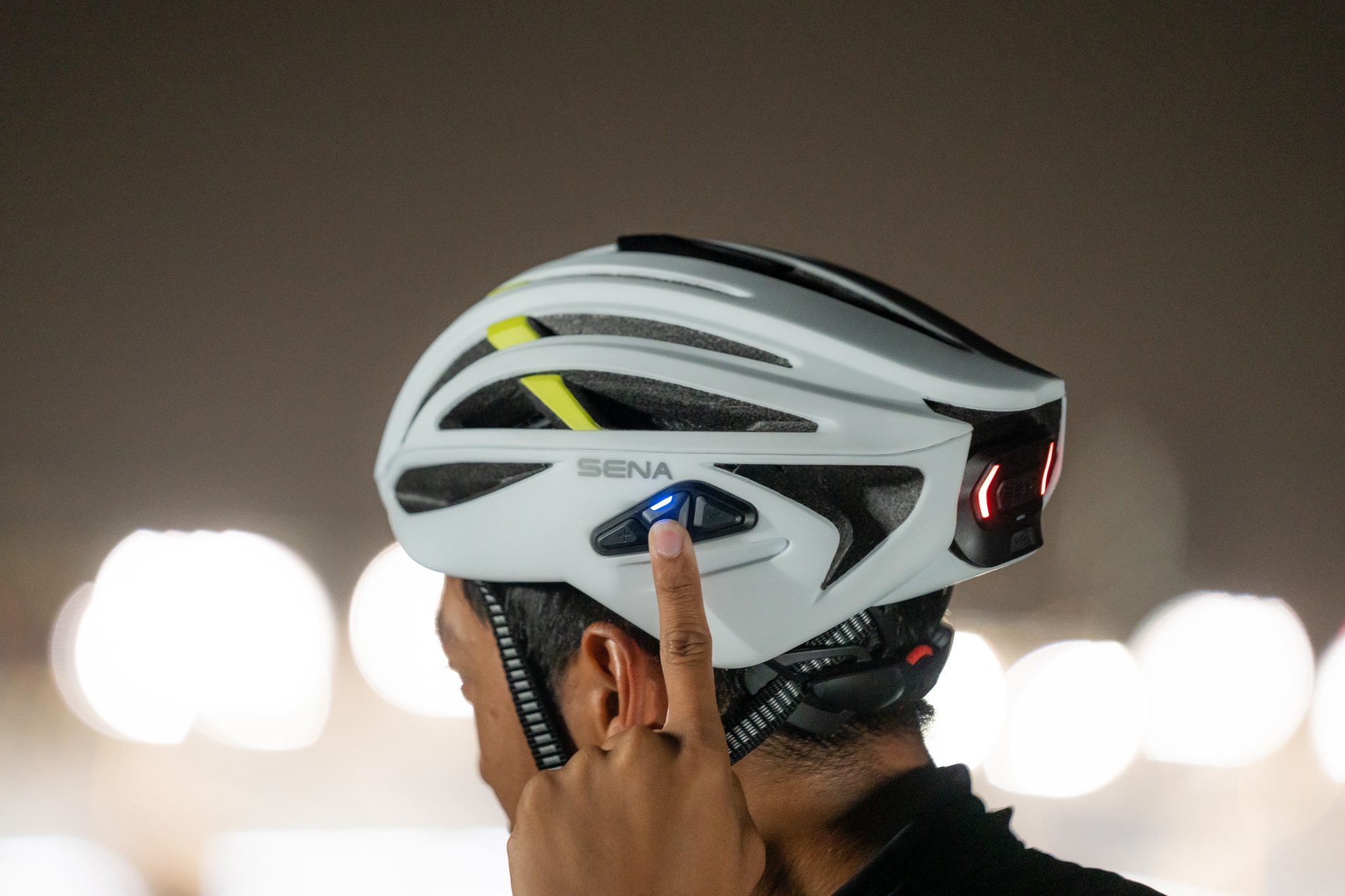 Smart helmets have been around for over a decade with most of the technology coming from the motorcycle industry. Most cycling smart helmets feature a range of connectivity that allows a rider to listen to music through built-in speakers and even take calls with an integrated microphone. Sena is one of the companies blending their moto tech with the cycling world, their latest release is to the R2 and R2 EVO smart road cycling helmets.

The all new R2 and R2 EVO helmets feature an aerodynamic design with additional vents for airflow. While both helmets feature built-in taillights for maximum visibility while riding, the R2  EVO is equipped with Sena’s award-winning Mesh Intercom platform, while the R2 operates  on Sena’s Bluetooth intercom communication platform.