PHOTO OF THE WEEK: SUPERTUCK NO MORE?

So, cycling’s governing body, the Union Cycliste Internationale (UCI), has decided to enforce a ban on the ‘supertuck’ cycling position in the pro peloton because they say it is dangerous for the rider and riders nearby. I’m not as involved with pro cycling as I used to, so maybe I’m missing something, but pro cyclists crashing due to the ‘supertuck’ position doesn’t seem to be a notably frequent occurrence. Riders hitting ‘road furniture’ or crashing from poorly designed courses and poorly placed barriers? That happens way too frequently. Riders hitting or being hit by motos or support vehicles? That seems to happen way too frequently, too. But sure, ban the ‘supertuck’ and keep monitoring sock height.

Comment sections on social media and cycling websites suggest the supertuck was banned so the pros don’t set a bad example for amateur cyclists. If there were even a shred of truth in that it would be like making NASCAR drivers stop drafting so they don’t encourage tailgating on the highway. Professional athletes have better skills than normal people, and they are competing in a (theoretically) more controlled environment than amateur athletes. (Plus, there are Youtube channels dedicated to descending videos – including the ‘supertuck’ – that have millions of views…) There are a lot of things pro cyclists do on the bike that you shouldn’t do. Hell, there are a lot of things I used to do on a bike as a pro that I don’t have the agility, stability, or risk tolerance to do anymore.

For amateur cyclists I view the ‘supertuck’ descending position much the same way I view ‘marginal gains’. For most athletes, there is still plenty of room for improvement in fundamental training and handling skills, so you’re more likely to increase downhill speed more through learning to brake and corner better than by squeezing yourself onto your top tube. 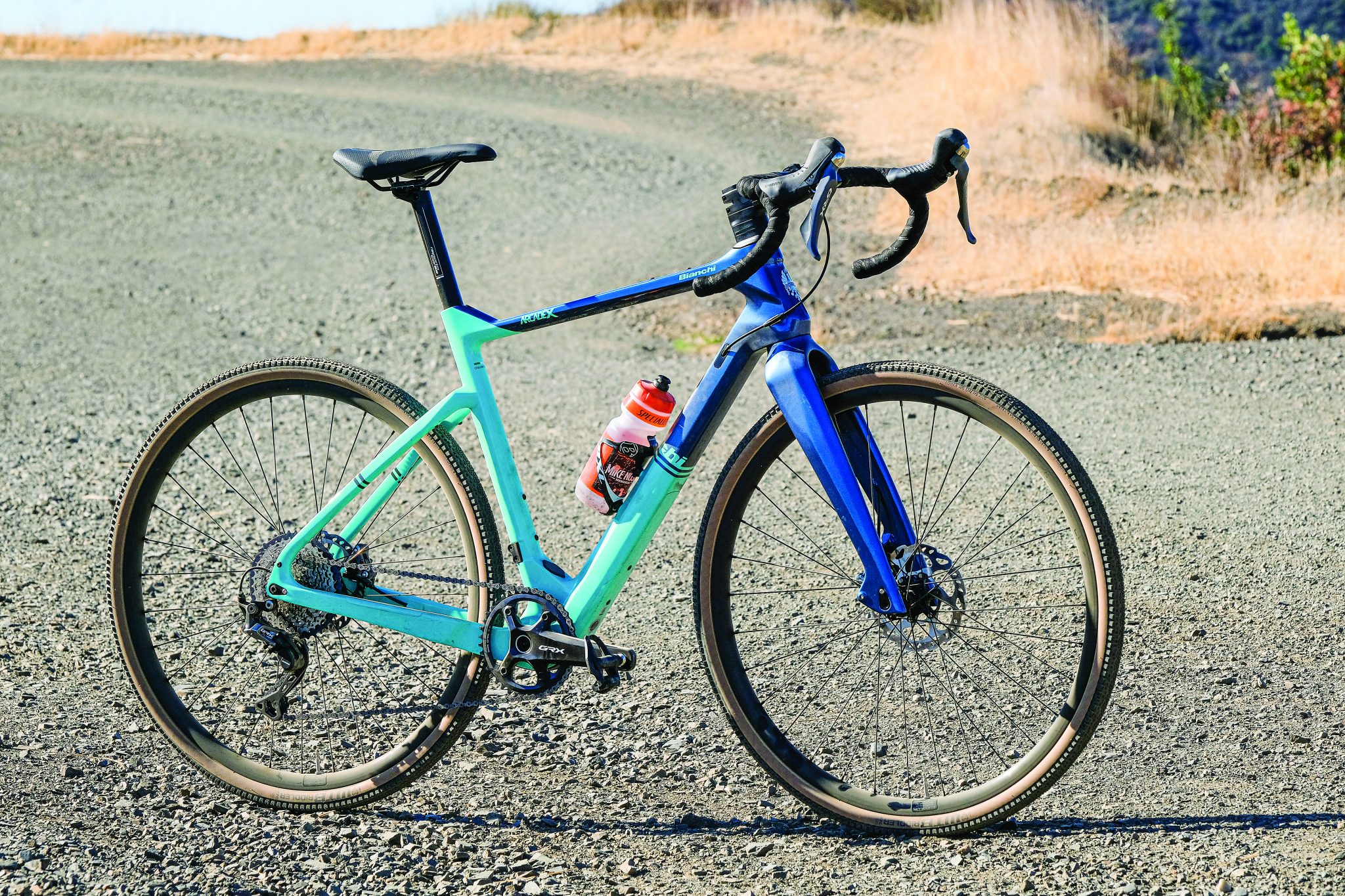 The Arcadex is the first all-carbon frame, to be added to Bianchi’s gravel line which was previously headlined by the all-road-oriented alloy Impulso.

The iconic celeste hue ridden by Fausto Coppi and Marco Pantani is paired with a gloss navy blue that splits the front and rear end of the carbon frame at a 45-degree angle from the seat post to the fork.

A relatively traditional gravel geometry is attained with a 102.4cm wheelbase paired with a slack 71-degree head tube angle. Stack and reach on the Arcadex measure at 59.5cm and 37.4cm. Max tire clearance on the Arcadex is slim at 700x42cm. 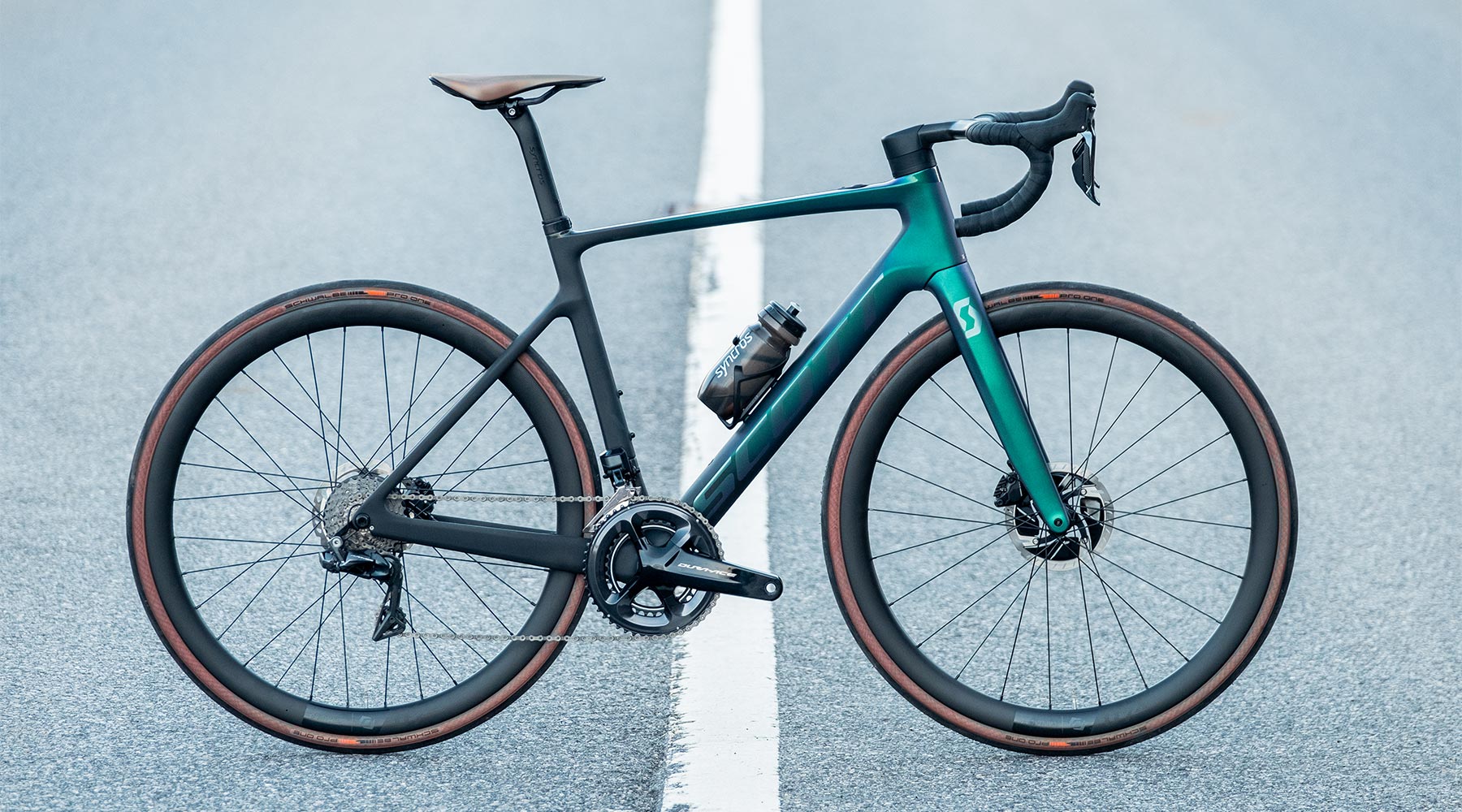 Like every other road bike brand looking to stay in the game, whether it be with gravel bikes , or more recently, e-bikes, Scott has jumped into the pedal-assist market with a trio of bikes that are all based on their proven Addict RC road bike.

For 2021 Scott is running with bikes at three price points, all using the same Mahle Class 1 rear-hub motor. 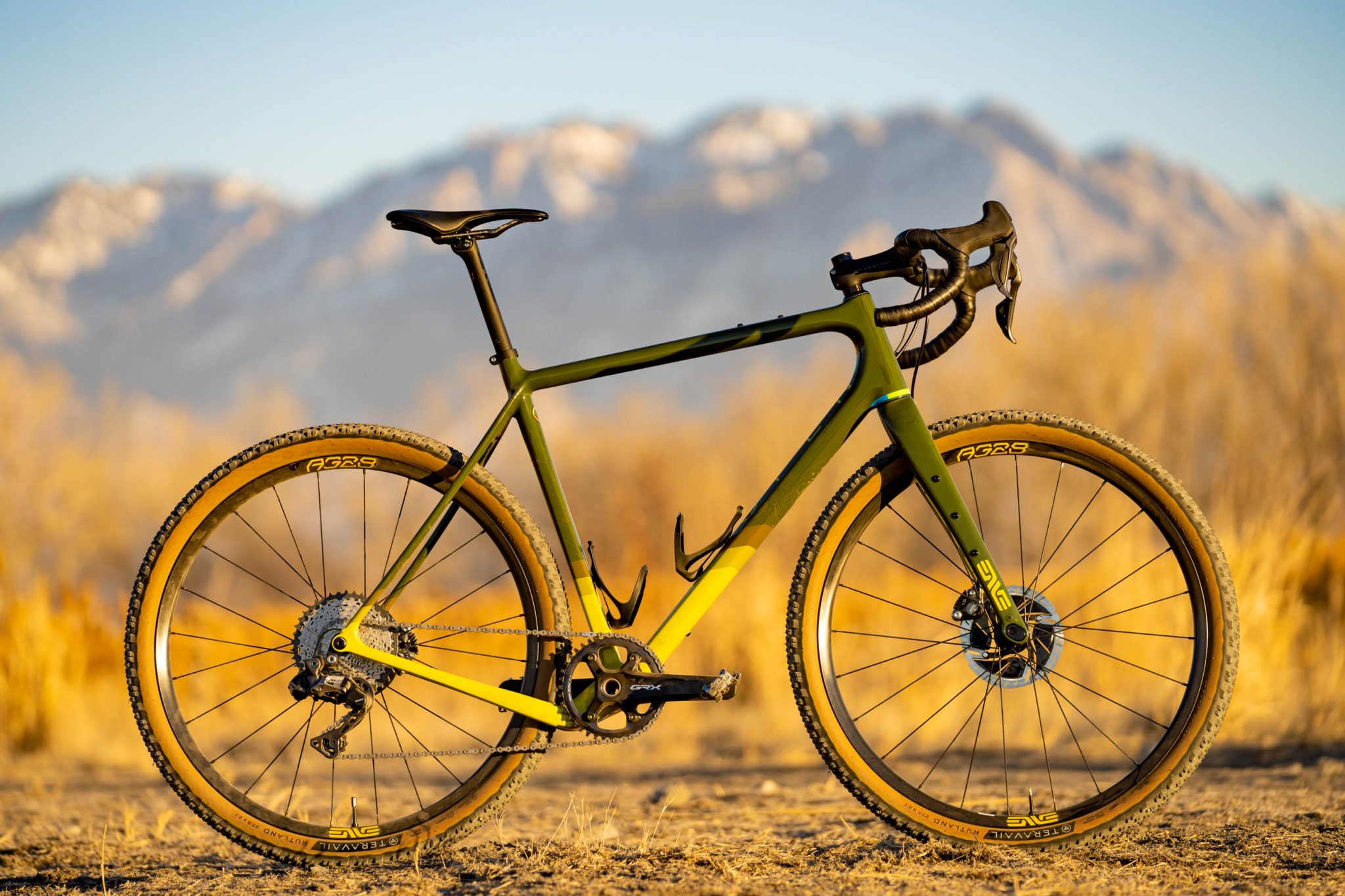 The newest line of limited edition frames go deep into the forest with a design and colors that mimic the scenery you might find on a deep woods adventure. The OPEN WI.DE. frame is matched with ENVE’s Adventure Fork that creates a truly unique collaboration.

Just 100 of the WI.DE. collaboration framesets were made available to OPEN dealers. ENVE’s build of choice includes their new AG28 650b wheelset, G Series Handlebar, ENVE Seatpost and Stem. For drivetrain, the always reliable Shimano GRX was chosen.

For more information, visit thelastbestridemt.com, check out @thelastbestride on Instagram, or contact the race organizers at [email protected].

Time-trial world champion Ganna, also with Ineos, took the 10.7 kilometer fifth stage honors around the streets of Ales in the Gard region in a time of 15:00.

“I was confident before the time trial and had good feelings. But you can never be sure of anything,” said 29-year-old Wellens who was fourth on the stage.

“It felt nice to start this closing time trial with a lead of more than 40 seconds. I had really good legs today, something I already noticed this morning.

“But most of all, I was really motivated to give Vic Swerts (founder and owner of Soudal) a nice gift for his 81st birthday.”