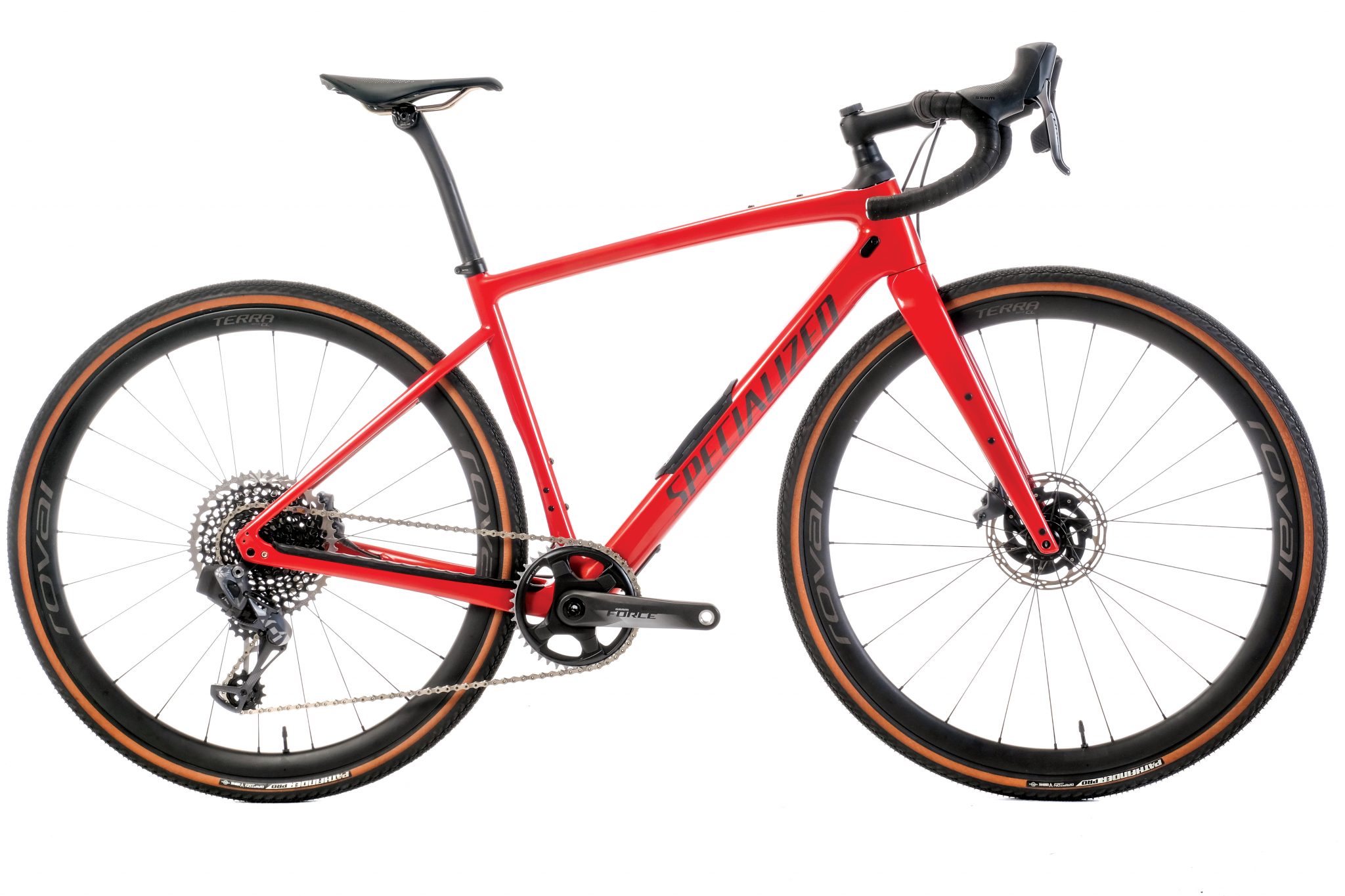 Slathered in a coat of slightly metallic burnt orange pain, the Pro starts with a Fact 9r carbon frame that stands out with a massive downtube, tapered top tube and dropped seatstays. Despite its racy “Pro” name, the frame still sports a full complement of mounts for non-race like fenders and racks.

Our size 54 frame had a 103.2 cm wheelbase with 42.5 cm chainstays, a 59.2 cm stack and an 11.6 cm headtube. Of note was the 80mm of bottom bracket drop which was 5mm to the better compared to the previous model (but still outside the more commonly found 67-70mm found on other gravel bikes).

The Future Shock fork’s suspension duties all take place inside the headtube as opposed to the fork legs. As a result, some care should be given to you preferred position as the stem’s position will always be placed atop the suspension element

Even though we are proponents of the “suspend the bike not the rider” theory of suspension, the scant amount of axial travel located under the stem did an admirable job of transforming the bike’s off-road capabilities (without the added weight of a suspension fork). And sure, the high-volume tires already do a good job of deflecting sharp edges, but the amount of control and speed we were able to sustain over the severe stutter bumps thanks to the Future Shock was appreciable. 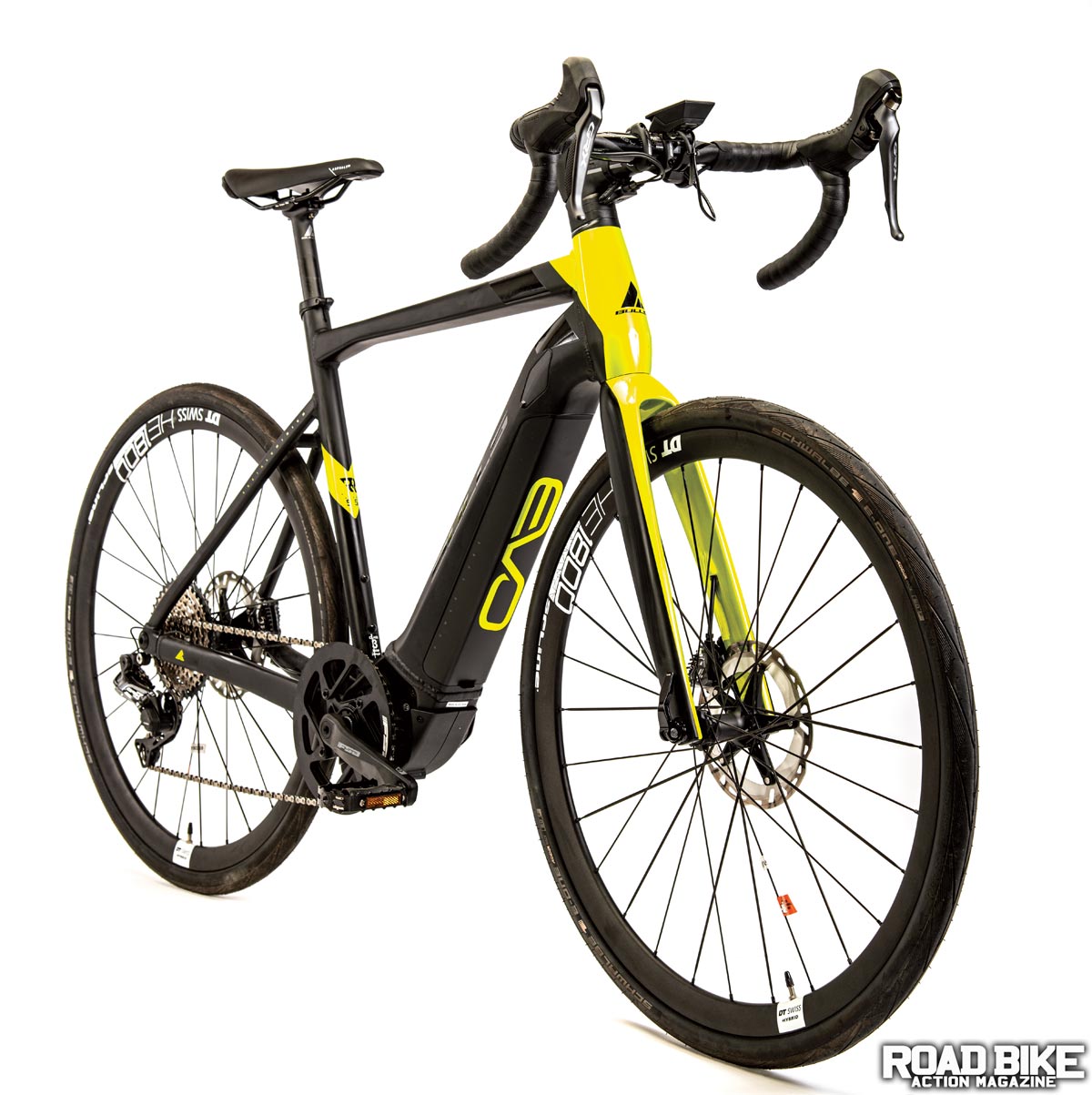 Given that RBA is a kissing cousin to the battery-powered loons over at Electric Bike Action, we often spy on their stable of bikes to see what’s new in the pedal-assist world. And while it doesn’t happen frequently, every once in a while we spot an e-bike with drop bars that perks us right up. And that’s how we discovered the new Bulls Desert Falcon EVO (yeah, quite a name isn’t it?).

Bring a menu of both pedal- and battery-assist bikes for a few years now. And with the arrival of the Bulls with drop bars, we jumped in with an extension cord to get the bike powered up.

The mid-drive Desert Falcon starts as an aluminum frame with a Bulls carbon fork and an integrated battery. Mid-mount motors are most commonly spec’d for pedal-assist mountain bikes. Hitting the scales at 41 pounds, the bike is over 10 pounds heavier than the more commonly found selection of rear-hub-powered e-road bikes. However, when it comes to a burly build, the Desert EVO is more than adequate. All cables are internally routed through the headset, which helps maintain a sleeker look.

“Recovery rides, rehabilitation, commuting and joyrides are not just on the table, but they’re for your benefit.”

Bulls went with a touring geometry that should be more comfortable on longer endurance rides. One detail we liked to see was the tire clearance, which would easily allow for bigger tires than the 32mm spec’d. So, between the beefier frame and tire clearance, there’s no reason to think this bike can’t be used as a gravel mount as well. 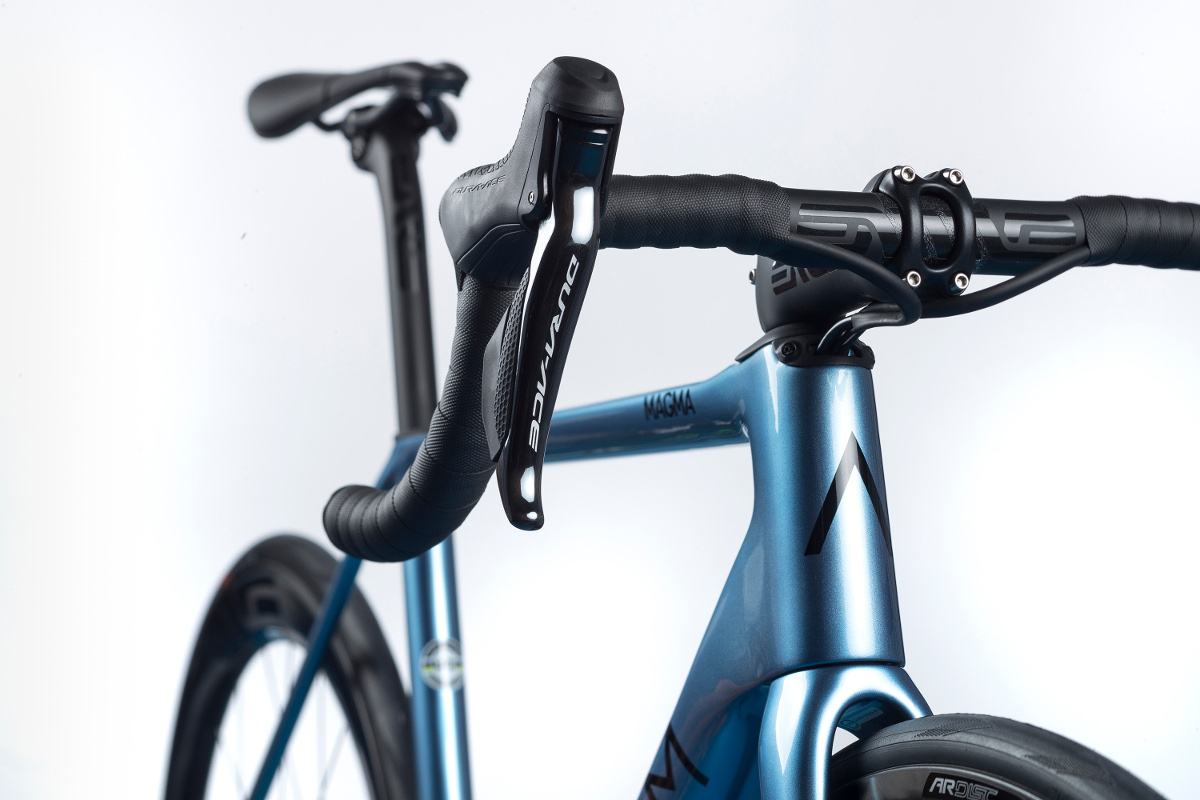 Well, the latest news out of Europe tells us that Alberto Contador and Ivan Basso started their own bike company, Aurum.

With more than 30 years of combined racing experience between the Spanish and Italian riders respectively, it’s safe to assume that both riders know something about how a road bike should perform. The name literally means gold, and for Contador and Basso, it reflects the standard to which their bike appeals.

The frame is built with a selection of thin tubes and to help enhance its aero mettle. The Aurum press kit included the requisite photos of the bike in the wind tunnel. Aurum frames will be available in a handful of models and in six sizes. Each frame uses a size-specific lay-up with a claimed frame weight in the neighborhood of a minimal 805 grams (for an unpainted size 54). 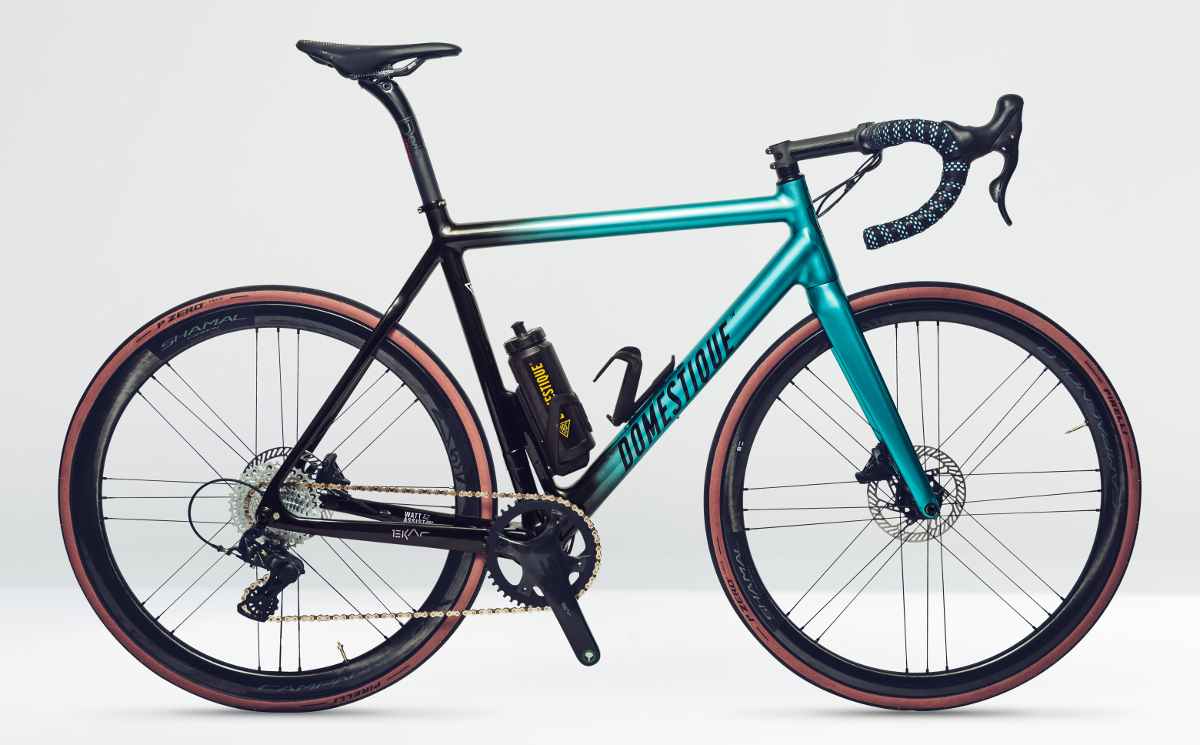 HPS has created the HPS Domestique 1-21 Launch Edition, an uncompromising assisted road bike.
The elements; motor, battery and electronics are compact, lightweight and perfectly integrated into the frame: you don’t see these parts and most of all you don’t feel them when riding. This is also true also when the system is not activated. The components are strategically positioned in the center of the frame to deliver exceptional handling and balance for the rider. When activated, the motor seamlessly delivers power and a handling experience like no other, enhancing the riders output significantly.

Phil Bauhaus edged the closing sprint in the Tour de La Provence in Salon-de-Provence on Sunday as Ivan Sosa retained his overall lead to win the four-day race. Bauhaus, a German who rides for Team Bahrain, burst from a pack containing some big names to catch Davide Ballerini, an Italian with Deceuninck-Quick-Step, and French veteran Nacer Bouhanni of Arkea-Samsic, on the line to win in a photo-finish.

Sosa,  who rides for Ineos, had taken the overall lead from Ballerini on Mont Ventoux on Saturday. With the peloton finishing in a group at the end of a 163.2 kilometer run from Avignon, his hold on first was never in danger.

In a heavyweight battle for podium places, world champion Julian Alaphilippe, a Frenchman with Deceuninck, wrested second from a better known Ineos Colombian, the 2019 Tour de France winner Egan Bernal. Alaphilippe started the day in third, two seconds behind Bernal, but his team caught Ineos out at the start. Deceuninck set a blistering early pace to grab control of the peloton and set Alaphilippe up to win an intermediate sprint after only 18 kilometers. He grabbed a three-second bonus which was enough to squeeze past Bernal by one second in the standings.

THROWBACK THURSDAY, 2011: OUR FIRST VISIT INSIDE THE COLNAGO MUSEUM