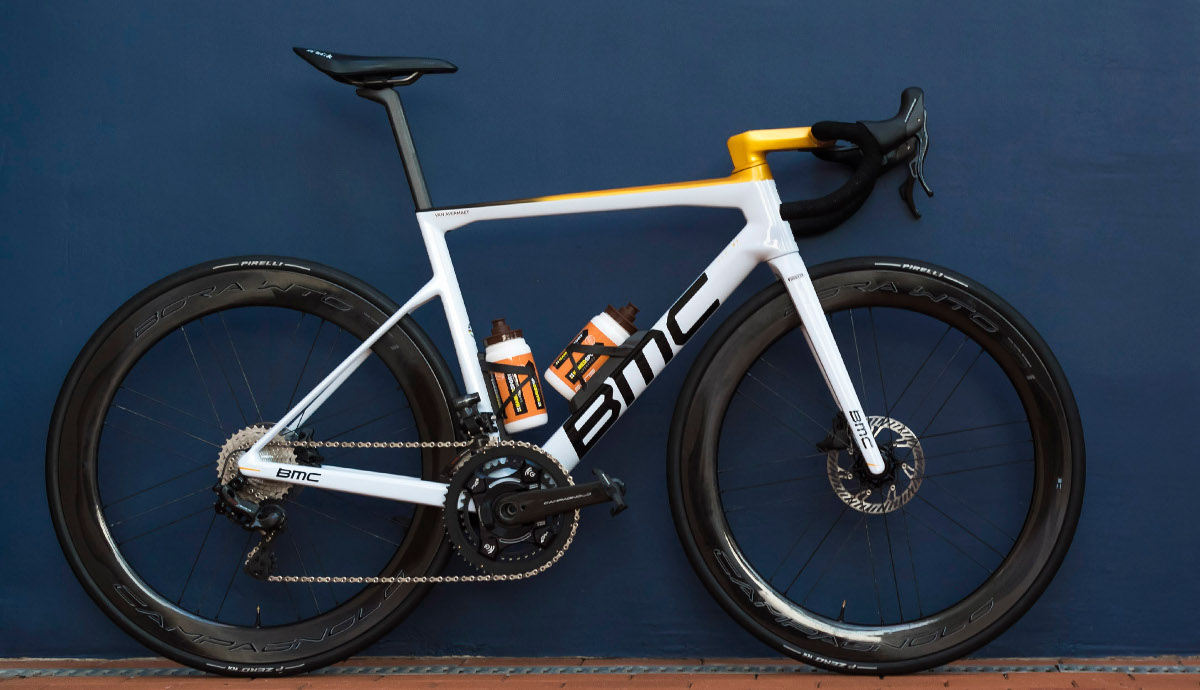 BMC just dropped us a quick note to show-off Olympic champion Greg Van Avermaet’s latest ride – his second generation of the vaunted Teammachine SLR01, only now with a celebratory golden cockpit and top tube as a tribute to his Olympic title.

Read our review of the budget-friendly  BMC Teammachine SLR 02

It was back in 2014 that Canyon first unleashed their highly sculpted Aeroad, which, as the name implies, was their entry into the aero road category of skinny-tire bikes. The bike was an immediate success in both the world of WorldTour pro riders and all the recreational weekenders who dreamed of riding as fast as the pros.

Recently, we drove down to the Canyon headquarters to pick up an all-new Aeroad CFR. While the CFR is Canyon’s high-end effort, the German marque is making the aero frame available as a complete bike for those who don’t want to spend over $4000. 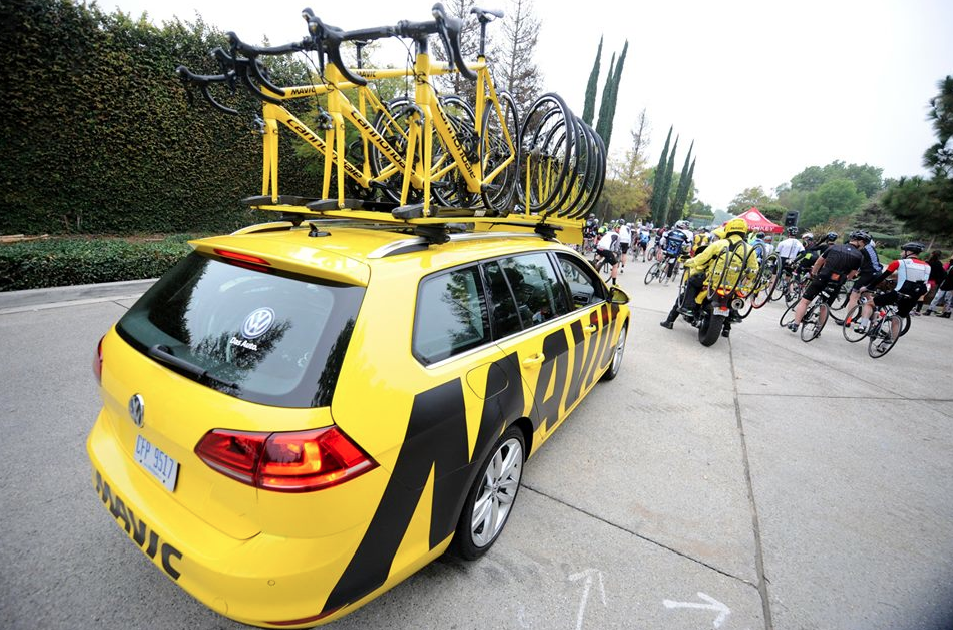 Shimano will replace Mavic as the neutral service provider at the Tour de France as well as all other Amaury Sport Organization races starting at Paris-Nice on March 7. Mavic began its neutral service in 1973 for bike races but its sponsorship has come to an end at the biggest race of the year. Mavic has had financial hardships, applying for receivership in Europe late last year.

Shimano has stepped up to replace the iconic yellow cars with their own bright blue service vehicles to supply stranded riders with necessary aid.

We finally join the biggest race in the World and we’re not even there to win it. Proud to help out all teams and riders in all @amaurysport men’s and women’s races which now includes @LeTour, prestigious classics such as @Paris_Roubaix, @LiegeBastogneL, and events as Roc d’Azur pic.twitter.com/dr6mC0ppmE

Let’s be honest, no matter how much many of us like to see ourselves in the image of our favorite pro riders, it’s only an illusion. And yet, for far too long the bike industry has prioritized what the pros need as a means of designing and spec’ing bikes for the rest of us. Some of those things are good and have helped advance the road market, but the majority are to gain milliseconds at the sacrifice of everything else.

With that in mind, what we have here are two new bikes that launched simultaneously with you—and not the paid athlete—in mind. Sure, just as with many products, there will be plenty of riders who feel they don’t relate. We are not oblivious to the fact that we all want to emulate at some point the pro peloton, but at what point do we accept our position and use the tools that will amplify our level of riding?

BIKE OF THE WEEK: STATE BIKE CO. ALL ROAD 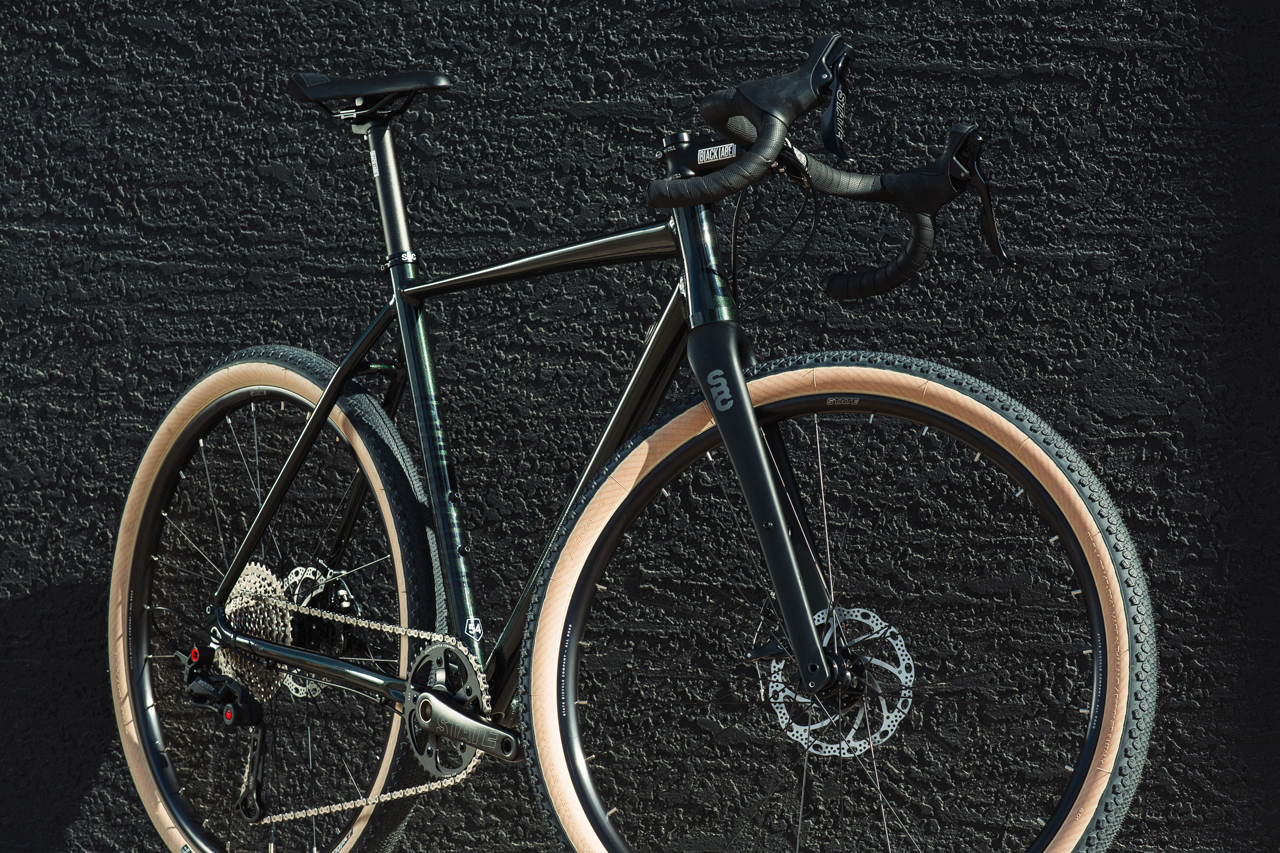 The 6061 Black-Label All Road combines all the best of State’s prior Black Label and All Road bikes. Starring a lightweight shaped 6061 alloy frameset and matching carbon fork, the complete is equipped with house-brand components to maximize both performance and value.

State built the Black Label All-Road frame from 6061 aluminum for maximum performance, allowing the rider to get the most out of every pedal stroke. Aluminum is known for being both light and incredibly responsive to the rider, making it the ideal frame for covering ground quickly over any road surface. The bike’s geometry is tailored to be comfortable for long days in the saddle on and off the road. The frame uses thru-axles with 100/142 spacing, along with massive tire clearance (700×45 or 650×50) this gives the bike compatibility with a myriad of wheelset options/sizes. Two bottle mounts and fender mounts make it a long ride champ in all conditions, while internal main triangle cable routing keeps it looking clean.

OPERATION ADERLASS COMES TO A CLOSE

On Friday, Senior figures in German sport welcomed the prison sentence handed to the doctor at the center of
“Operation Aderlass” the international blood-doping trial in Munich in the first major test of Germany’s anti-doping laws.

Dr Mark Schmidt, 42, has been sentenced to four years, 10 months for masterminding an international blood doping ring between 2012 and 2019.

“Finally we are seeing a verdict that includes draconian penalties for those cheating in sport,” said Alfons Hoermann, president of the German Olympic Sports Confederation, after the verdict.

Schmidt has also received an additional ban from practicing medicine for a further three years and was fined $191,821.