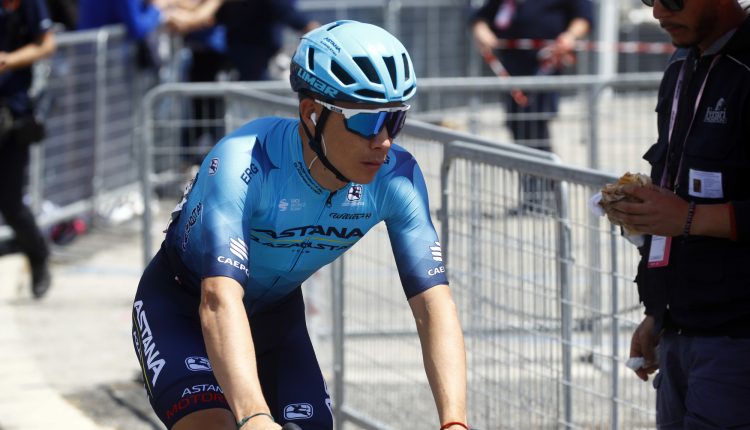 The Astana cycling team announced on Monday that it is ending the suspension of its Colombian climber Miguel Angel Lopez, a measure it took last month when the rider was briefly detained by Spanish police during a baggage check at Madrid airport. The Kazah team said in a statement that “in the absence of any finding by either the Spanish authorities” or the governing body of world cycling (UCI) it was not in a position “to continue the suspension or further deprive the rider of his contractual rights”.

“Miguel Angel Lopez is thus provisionally reintegrated” into the Astana team and will return to his previously agreed racing plan which includes the Vuelta a Burgos and the Vuelta a Espana which begins on August 19. Lopez was suspended by Astana after a Spanish media report suggested that his detention on July 22 was connected to possible drug trafficking and money laundering. Civil Guard sources at the time told reporters that Lopez was “not the subject of an investigation”.

Astana concluded its statement by saying it “has forwarded all the information received to the International Testing Agency, which is in charge of anti-doping investigations on behalf of the UCI”, adding that it would “monitor the situation closely” and “take resolute measures” depending on developments.