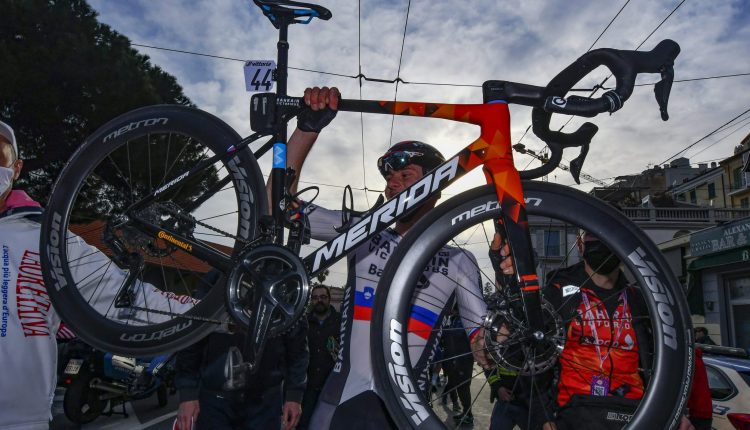 Matej Mohoric won Milan-San Remo on Saturday after he made a late burst and then held off a strong group which included race favorites Tadej Pogacar and Wout van Aert. Bahrain Victorious rider Mohoric, a stage winner on all three Grand Tours, launched an attack on the final descent after around 182 miles of riding
to claim the season’s first ultra-long, one-day ‘Monument’ race. The Slovenian finished ahead of France’s Anthony Turgis and Dutchman Mathieu van der Poel despite nearly crashing twice on his rapid descent and having a mechanical problem in the final few hundred meters following nearly six and a half hours of cycling

His attack came after four unsuccessful attempts from Pogacar and another from Primoz Roglic on the Poggio climb, which is traditionally one of the launchpads for the race winner. Instead, Mohoric defied convention by making the decisive move on the descent. He darted down a winding slope before joining the via Aurelia and crossing the line in front of a shocked and ecstatic crowd.

‘It’s now or never’, and it turns out it was now,” Mohoric said.

“I made a mistake on the final turn as I took it too fast and slid and then I had problems with my chain but thankfully I did it.

“After two years with no fans it was wonderful seeing all the people… It was a really wonderful day.” 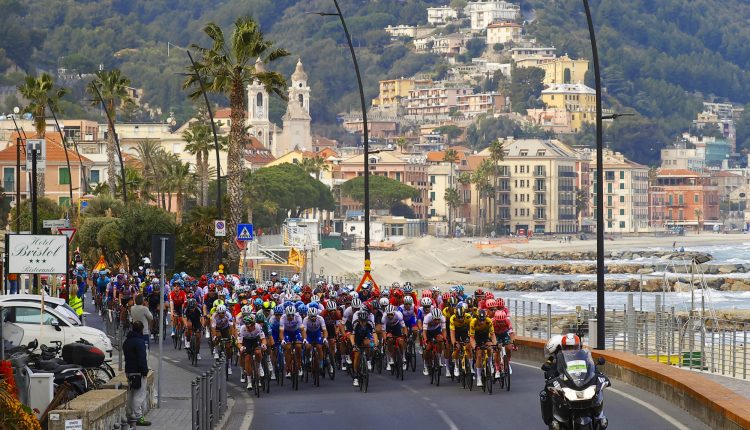 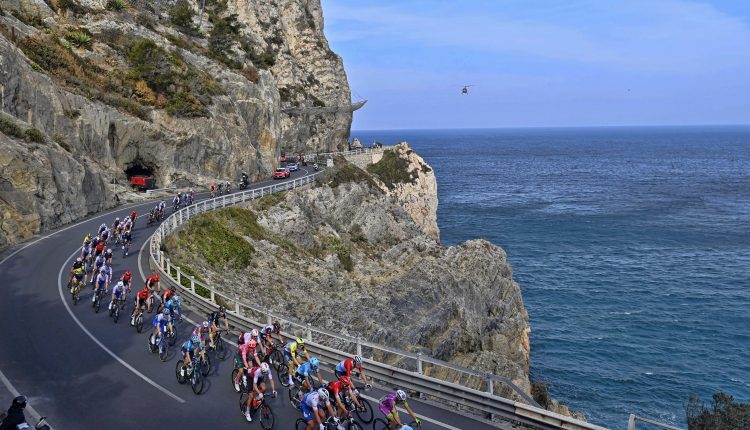 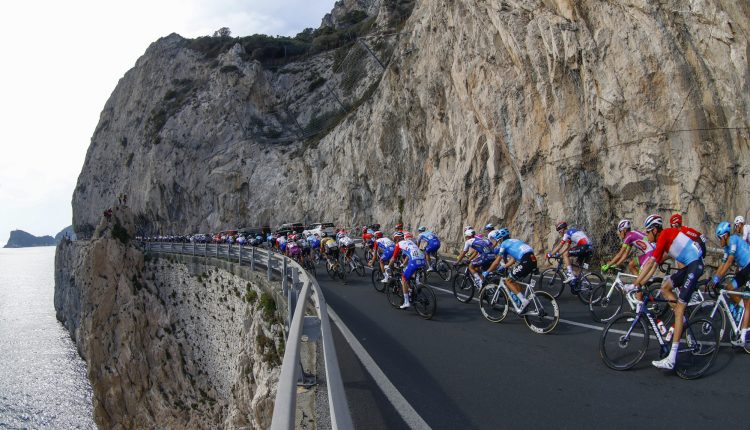 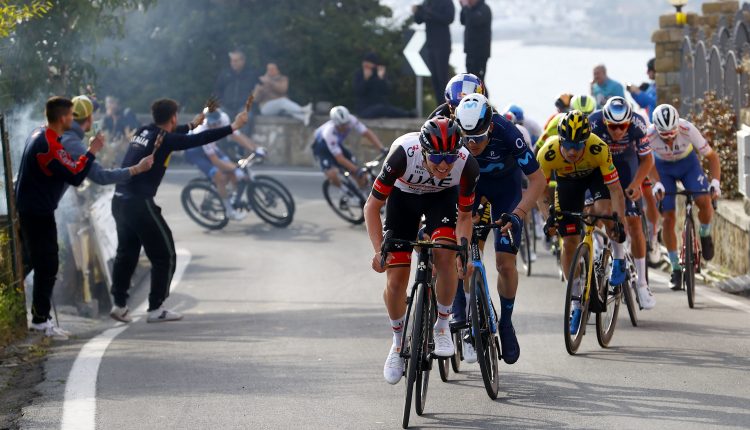 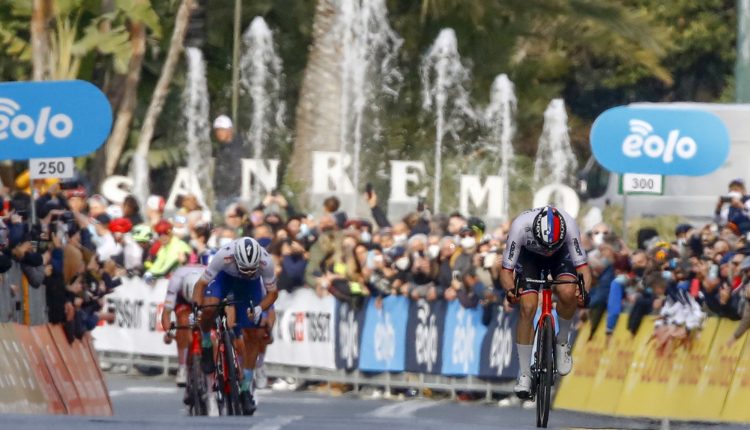 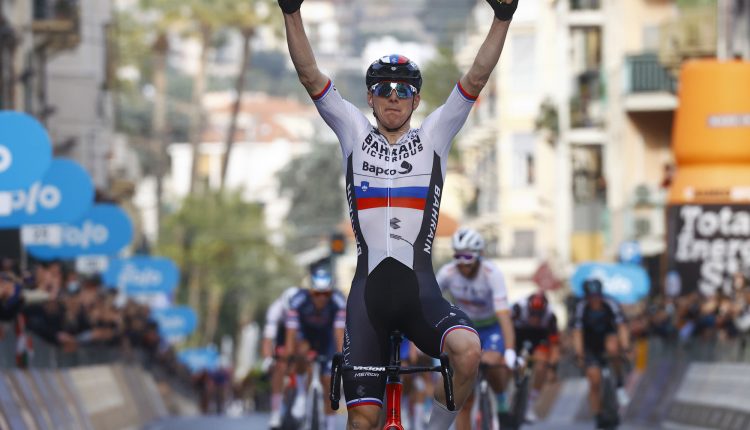 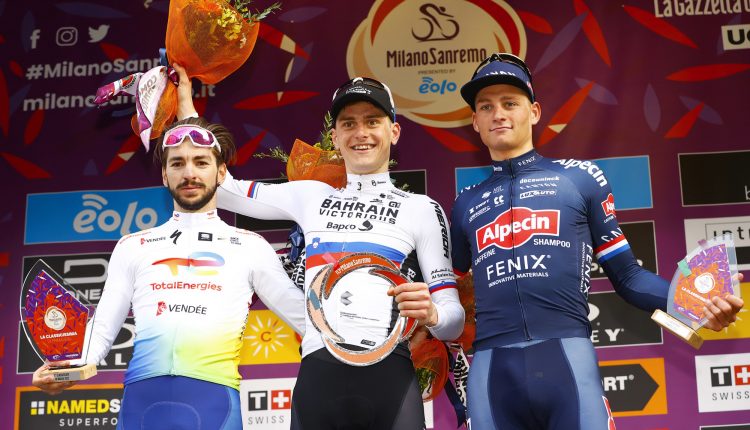 With big names Julian Alaphilippe, Caleb Ewan, Sonny Colbrelli and last year’s winner Jasper Stuyven all out, Pogacar and Van Aert were the big favorites heading into the race.

Pogacar, aiming to become the first reigning Tour de France champion to win Milan-San Remo since Eddy Merckx in 1976, was in a main group which reduced to little more than 30 riders on the Cipressa climb.

Meanwhile three-time world champion Peter Sagan, who had suffered a mechanical problem, desperately tried to rejoin the leaders on the winding 2 mile descent from the Cipressa.

UAE Team Emirates rider Davide Formolo led a select peloton for his teammate Pogacar while Jumbo-Visma and Van Aert lurked, a high pace helped by a tail wind setting up an intense finish for the last Poggio climb.

The finale didn’t disappoint as Pogacar tried in vain to push away from his rivals with attack after counter-attack up the hill. And with all eyes on him and Van Aert, Mohoric made his move decisively using his dropper seat post to fly past his more famous rivals and take by far his biggest one-day victory.

In his post race interview a blissful Mohoric lauded the technology saying “It gives you way more control of the bike and if you go full gas then you can go a little bit faster and it’s even easier to avoid mistakes.”