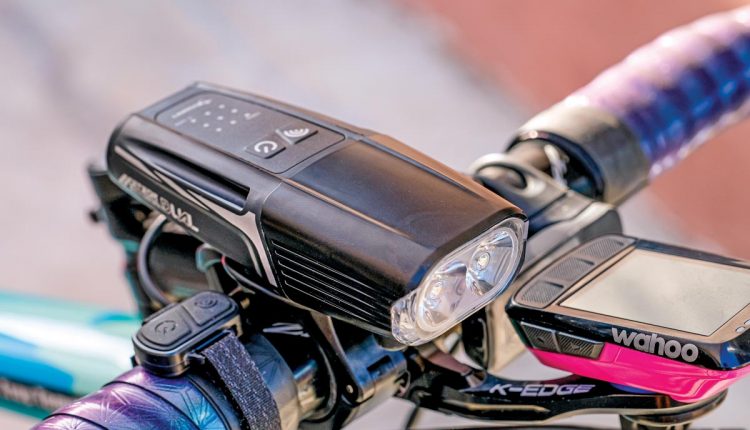 The light brand Moon Sport might not mean much to you, but there is a good chance you have owned a light that they made. Similar to Giant Bicycles, the largest bicycle manufacturer in the world, Moon has been an OEM light manufacturer since 1996. Their products and manufacturing have been a staple in the cycling world of lights but with only a few markets getting their own self-branded products.

Around two years ago things changed at Moon, as they decided that it was time to enter the U.S. market for themselves. Between online sales with consumer-direct options and the growth of the cycling market, Moon Sport USA was born. They launched a full line of lights targeting the entire range of lighting options all with one thing in common—budget-friendly value with quality.

With three solid beam options, run times vary from two hours all the way to 25 hours when at 100 lumens. There are also four flashing options, and run times vary from 50 hours all the way to 220 hours. All of those options utilize both beams simultaneously, but there is an option to run just one single beam, either cool white or warm white on all seven modes, pretty much doubling all the run times but with half the lumens. 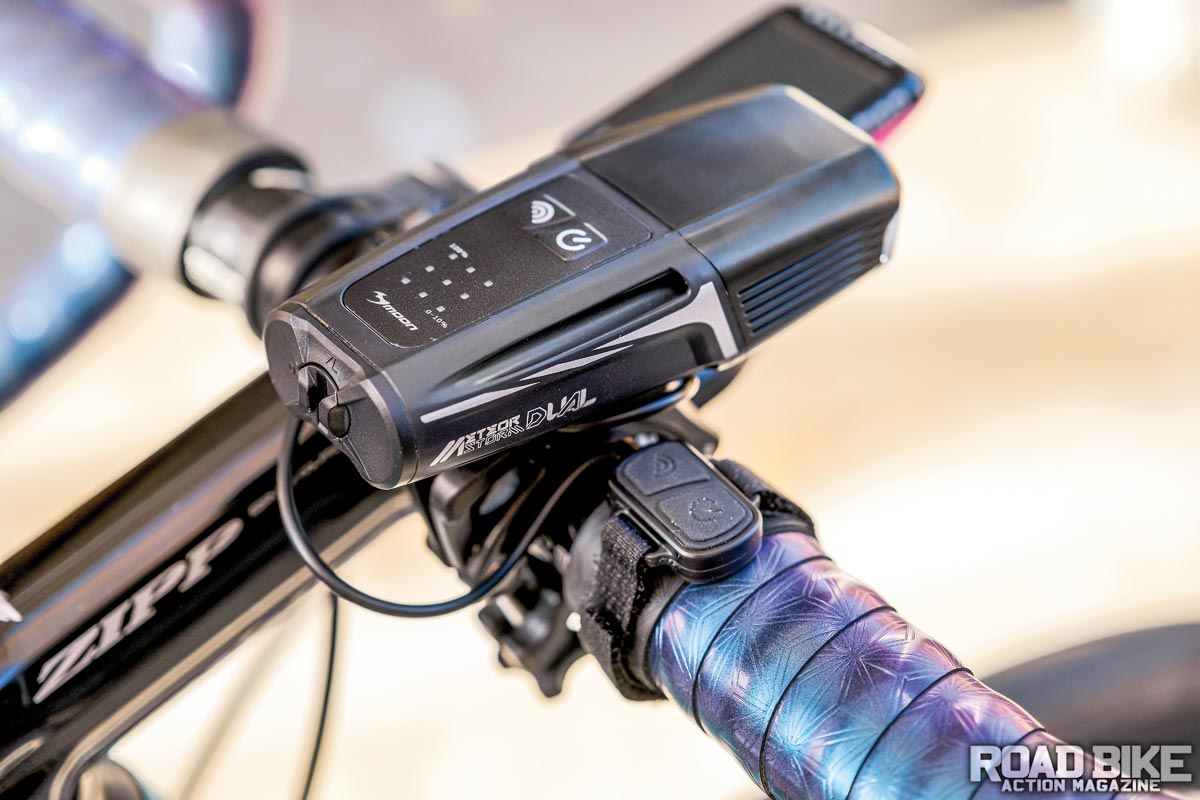 On the Meteor Storm Dual, Moon also offers a setting called Variable Lumen System (VLS) on five of the seven modes. In layman’s terms, you choose a normal setting, then, by holding one of the two control buttons on the light, you can adjust the brightness in a fade-in/-out fashion. When you get to a brightness you like, just release the button and it’s set. This is instead of using the set brightness that is offered from the programmed modes. Instead of 800 lumens in mode 1 or 100 lumens in mode 2, you could set the light to 600 or 300 lumens using the VLS option.

As far as the unit itself, the Moon starts with an aluminum front light cap that also acts as a heat sink with a plastic body. On the top are two buttons, as well as a matrix LED display with nine small LEDs. This multi-functional display provides operational information, including modes, battery status and charging status. For charging, there is a USB Type-C port on the bottom, and from a flat battery, it takes about three to four hours to charge depending on the source. There is also a convenient memory feature that, when turning on the light, it will return to the same mode that was last used.

In the packaging, you get a slew of accessories, including a handlebar and helmet mount, USB Type-C charging cable, as well as a handy USB Type-c remote control. The remote control plugs into the charging port and allows you to control the lights via two buttons from a more convenient location within the cord’s 1-foot length.

When it comes to mounting the Meteor Storm Dual, the quick-release handlebar mount fits handlebars from 22-35mm in diameter. If you choose the helmet mount, it is best paired with a well-vented helmet because of the way the strap wraps through them. For us the best location was on the bars, and not that we needed it, but the remote came in handy when we would mount the light upside down to minimize it reflecting off our cycling computer. Moon does offer an adapter that mounts the light to a GoPro mount. This offers one of the cleanest and least obtrusive locations when paired with an out-front computer mount like our K-Edge.

Both beam patterns on the Meteor Storm Dual are the same and are neither spot or wide, but somewhere in between. The dual color is evident when using it, and definitely stands out in a sea of all-cool beam lights on the road. Moon says the Dual is good for foggy weather, but for us, it was in the gravel that it showed its full potential. The warmer beam cut through the dust better. On the road, there was no real downside to the dual color, and when running both beams, it offered a pleasant color that wasn’t as harsh as the cool-only beam.

When flipping through the modes, the Dual really only has two solid beam modes—800 and 100 lumens. The boost mode of 1300 is useful, but we rarely needed it. Because there is such a gap between the two main modes, we found ourselves using the VLS option a lot more than we expected. In all honesty, it is an option that all manufacturers should have, and to think, we thought it was just marketing nonsense.

We really didn’t use the flash modes much because this is a larger unit and designed as a to-see light and not the best form factor for a to-be-seen light. The light is 208 grams and while not large is hard to hide and takes up a fair amount of space. With that in mind, the flash modes do offer very bright bursts for daytime use, and you could run it for months without needing to charge it if you pick the right flashing mode.

For a brand that has little name recognition in the market, it’s obvious they have plenty of experience and a solid understanding of what is important in a cycling light. The modes, options and mounting system are simple and just plain good. The LED matrix display is a bit overwhelming and, in our opinion, takes too much memorizing to understand the mode indicators. It does, on the other hand, simplify the battery-life indication, unlike
many lights that use colors. The matrix display simply reduces illuminated LEDs to indicate the percentage remaining.

One of our local shops that carries Moon lights pointed out that the brighter 1700-lumen Storm uses two 2500-wAh batteries for about 14 percent more juice. They are the same size, and the shop said that you can pick them up for about $10 a set aftermarket. This brings up the fact that not only does Moon sell direct, but they are also available in LBS at the same prices. This helps the whole market, and the pricing seems consistent across the board. The only real downside we have noticed is, they are only offering a one-year warranty; we would like to see at least two.

Only a one-year warranty