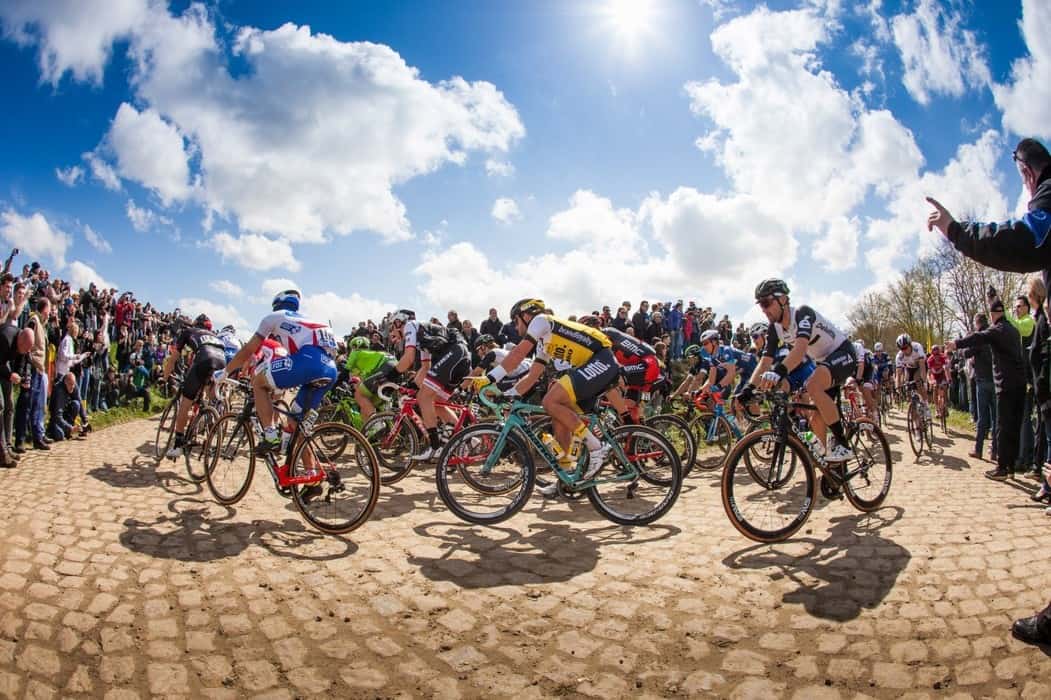    On 9 April, for the 115th edition of the “Queen of the Classics”, the route the peloton will race on will comprise 55km of cobblestones (vs 52.8km in 2016), on the total distance of 257km between Compiègne and the Roubaix velodrome.

The favorites are expected to stand out on the tranchée d’Arenberg, in Mons-en-Pévèle or at the Carrefour de l’Arbre… but early in the race they will also discover the Briastre (km112.5) and Solesmes (km 116) cobbled sections, which haven’t been used since 1987!
The opening weeks of the year have given the best riders in the world the opportunity to gradually get back in action, under summer skies in Australia or in the Middle East for example. All riders come into the season with their individual perspectives and ambitions… and some of them rack up the kilometres with the sole goal of starring in the Spring Classics. Scenarios do not necessarily follow the prediction logic on Paris-Roubaix, as was the case last year with Mathew Hayman winning at the conclusion of an early-race break away. While the key sections of the route are detected and carefully identified, from the first cobblestone sector at Troisvilles to that of the Carrefour de l’Arbre, by passing through the famous sections at Arenberg and Mons-en-Pévèle, arrangements have been made to visit or revisit some places that are likely to reshuffle the cards.
This year, immediately after the first stretches of cobblestone a change of direction will lead the peloton to the Briastre and Solesmes sectors (numbers 26 and 25), which haven’t been used in the race for 30 years. Route designer, Thierry Gouvenou details the characteristics. “The first is three kilometers long, it is actually being renovated but it is one of the difficult sectors. The next is a lot shorter, however it is uphill! It is not our wish to make the race harder at this stage, but to find more diversity between the cobblestone sectors and make sure these areas continue to feed the legend”. In total, the cycling acrobats will have an added 2.2 kilometers of cobblestones to ride over compared to last year, before reaching the finish at the Roubaix Velodrome.
Photo credit : ASO/Beardy McBeard