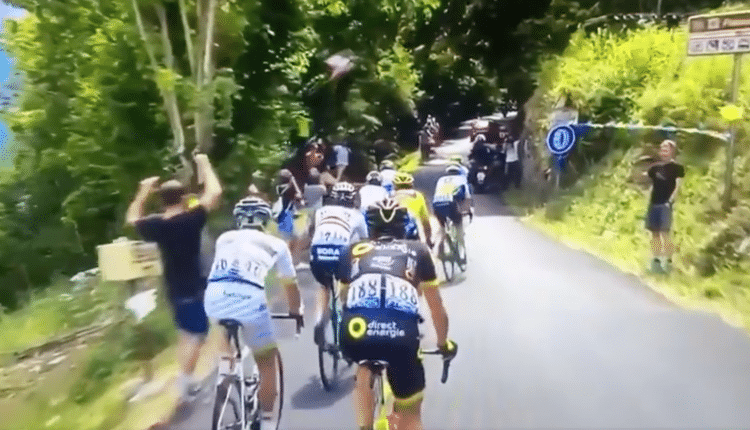 During today’s stage 10 of the Tour de France, the fans got a bit more then they expected as the breakaway rode up the second climb of the day, the Plateau des Glieres, only to see a random mountain bike rider jump over the lead group which had current yellow jersey leader Greg Van Avermaet (BMC) in it. To add to the feat the rider even pulled of a no hander.

This isn’t the first time though a rider has jumped over the Tour de France, it looks to becoming more and more popular.