French police have “eyes everywhere” as they look to ensure safety and security at the Tour de France. Like last year, security has been ramped up at the Tour as France remains in a state of emergency due to the terror threat, particularly on the eve of the national Bastille Day holiday celebrations. Last year a jihadist drove a lorry into crowds in Nice on July 14, killing 86 people in the process. The country’s security services are on high alert this year.

But the Tour de France provides a special challenge for security services. “The real peculiarity of the Tour is its movement,” said Gabriel Lothe, a liason officer for the French gendarmes. “Most other sports events happen inside a closed venue. “When the Stade de France (national stadium) is closed, it’s closed. Even skiing pistes are closed with easier control of access. “Here it’s as if you had a stadium that moved every day and was rebuilt with a different configuration and different access points (each day). “So we have to rethink security every day — that’s the challenge.”

Some 23,000 police have been mobilised to help provide safety and security for the Tour over its three weeks, but with 12 million fans expected along the 3,500km route to cheer on stars such as reigning champion Chris Froome and sprint king Marcel Kittel, there would be numerous places and opportunities for an attacker to strike. And with masses of people thronging the mountain passes, start lines and finish lines, an attack in their midst could causes mass casualties.

According to Pierre-Yves Thouault, the deputy manager in charge of security at the Tour, the risk is “everywhere”. Tour organizers ASO have increased by 50 percent the number of security personnel checking bags at both the start and finish towns, while the police have plain clothes “look-outs everywhere” and have “increased video surveillance”. For the first time, this year, they have called up specialized dog teams trained in sniffing out explosives. These canine teams are capable of detecting explosives among hoards of people. Meanwhile, the crack anti-terrorism GIGN unit of the French police is following the Tour both on the road and by helicopter.

“There are eyes everywhere at the Tour de France, the 23,000 police officers don’t just stop cars, they watch what’s going on,” added Thouault. “On the mountains, where caravans set up a week before the Tour passes, we also begin our patrols a week beforehand.” It’s an enormous amount of work, so much so that Thouault, despite operating within the heart of the Tour organisation, has no time to watch what happens on the world’s greatest bike race.

“Often in the evening people say to me, ‘what a stage!’ But I don’t even know the name of the winner!” 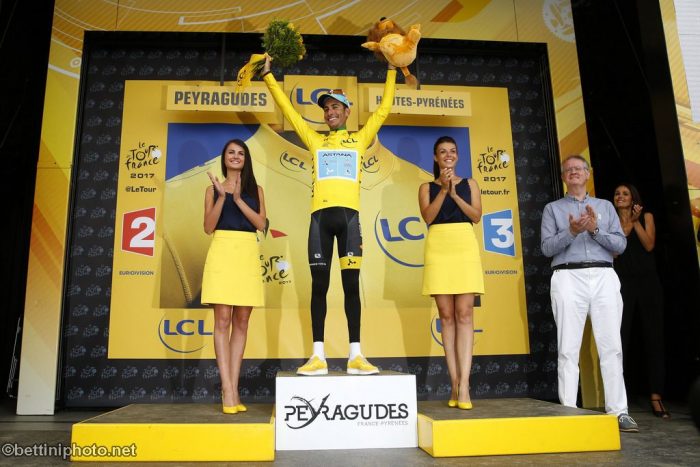