The 27-year-old missed out on the podium at July’s Tour de France by just one second but played a crucial role in helping teammate Chris Froome win a fourth yellow jersey. “For us it is great news,” said Movistar team director Eusebio Undue. “For his age and what he is showing, he is the rider to lead Spanish cycling in the coming years.”

Landa had been widely rumoured to be leaving Sky for Movistar as he had grown tired of working as a domestique for Froome. He said himself during the Tour that he was no longer prepared to be a number two having done so at Astana for Vincenzo Nibali and Fabio Aru, and now Froome at Sky.

“Let’s be clear about this, this can’t happen to me again. I won’t go back to being a number two,” he had said. Landa’s exact role at Movistar remains to be seen as he joins a squad already boasting two-time Grand Tour champion Nairo Quintana and veteran all-rounder Alejandro Valverde, both also under contract until 2019. Landa has proved himself capable of challenging for a Grand Tour victory and has enjoyed his most successful season yet.

On top of his efforts at the Tour, Landa won the mountains jersey at the Giro d’Italia in May and earlier this month claimed victory in the Tour of Burgos. His only podium finish at a Grand Tour came with third at the 2015 Giro d’Italia when riding for Astana as Aru’s understudy. 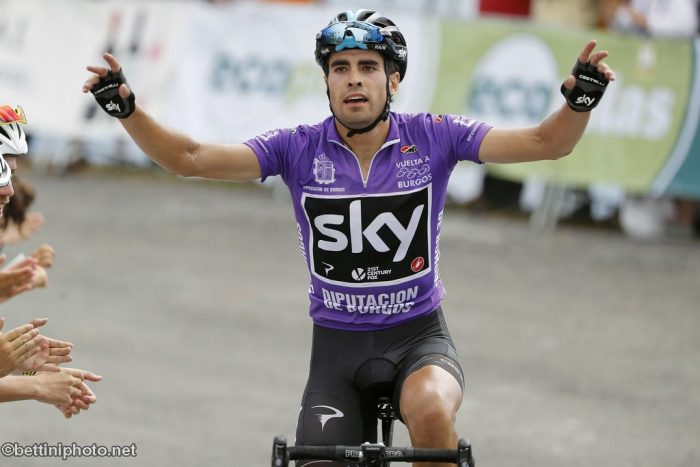