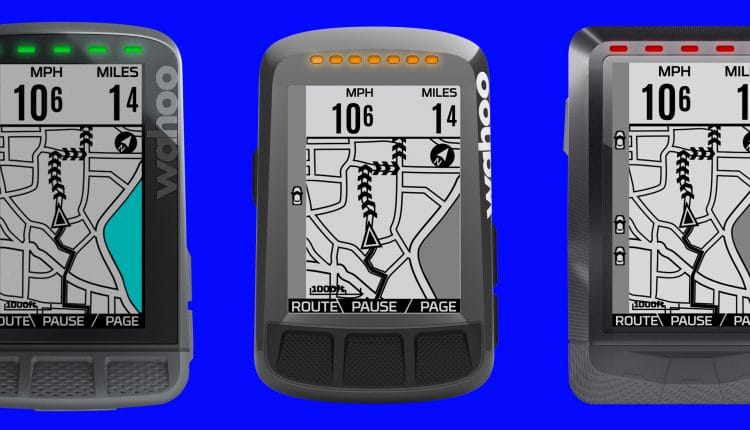 First up is ANT+ Radar support for all Elemnt GPS models, including the recently launched Elemnt Roam, allowing those Elemnts to be compatible with ANT+ Rearview Radar devices for added road safety. It has been one of the most requested features for the Elemnt platform and is now available via a firmware update to the Elemnt Bike Computers.

In addition, the Elemnt integrations continue to expand with the newly added TrainerRoad Outdoor Workouts. TrainerRoad’s Outdoor Workouts, combined with your Elemnt bike computer of choice, allows you to substitute an outside equivalent for your regularly scheduled indoor TrainerRoad workout. This new integration also gains you access to the maximum allowed three days of workouts directly on your Elemnt, giving you the ability to adjust your training on the fly.

TrainerRoad will join the likes of Today’s Plan and Training Peaks in improving the ability of their users to access their workouts outdoors by seamlessly syncing ​their workouts to all Elemnt GPS models. Elemnt users can expect this update later this fall via a firmware update.

“With multiple platforms offering multiple different functions for users, cycling computers need to be as inclusive as possible,” says Megan Powers, Product Manager for Wahoo Fitness. “We want our products to remove barriers to performance and safety, not add to them, and that’s what these key updates are all about.”

We reviewed the Garmin Varia Radar which was limited to Garmin users until now. So Wahooligans rejoice that the Original Elemnt, Bolt and Roam can adopt these new features. This also seems to be a major focus over at Wahoo as they have been adding features to their computers that were otherwise limited, like their compatibility with Pioneers pedal monitoring functions and advanced data capture.

For more info head to www.wahoofitness.com or open your Elemnt app and update your device now.