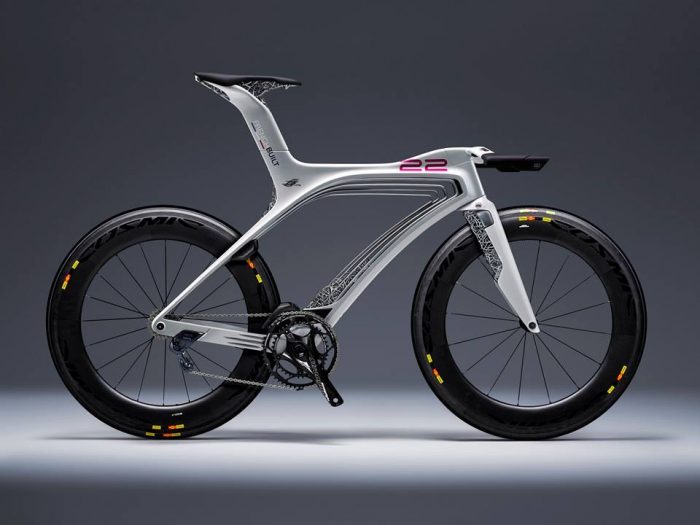 True, it may not be about the bike, but as fast bikes go, this one looks like it has the potential to be pretty fast. 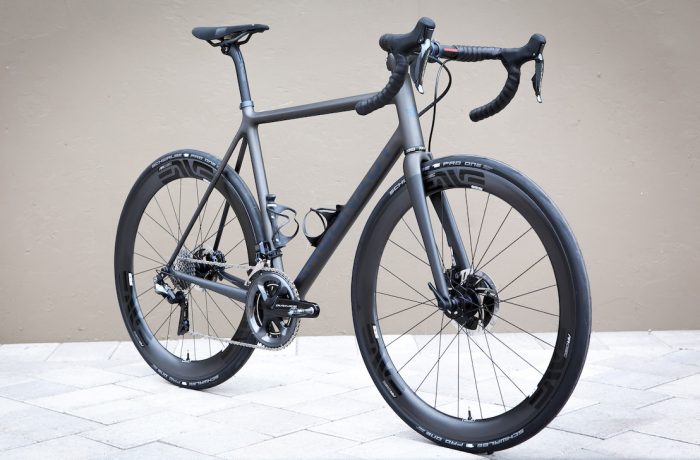 Argonaut is pleased to announce an updated version of their revered Disc Road Bike and will host a “Test Flight” in the San Francisco area.  Each Argonaut road frame is built by hand in Oregon utilizing domestically sourced carbon, proprietary frame tooling while featuring an individual layup pattern and rider unique geometry.

Argonaut Test Flight Program is designed to give customers a chance to try an Argonaut in their size, and determine the ride quality and characteristics needed. Fittings will also be provided to ensure that the frame compliments the rider.

Argonaut will be hosting the first of many “Test Flights” near San Francisco, so potential owners can find out first hand what ride quality really means. Equipped with Dura-Ace Di2 Hydro components and ENVE 3.4 / Chris King disc wheels we encourage you to register for a 45-minute spin, and then have some one-on-one time to talk about the ride, and how Argonaut can make one tailored to you. Simply visit the Argonaut Flight Test page to reserve a spot and start your journey to owning the finest custom carbon fiber bike available. 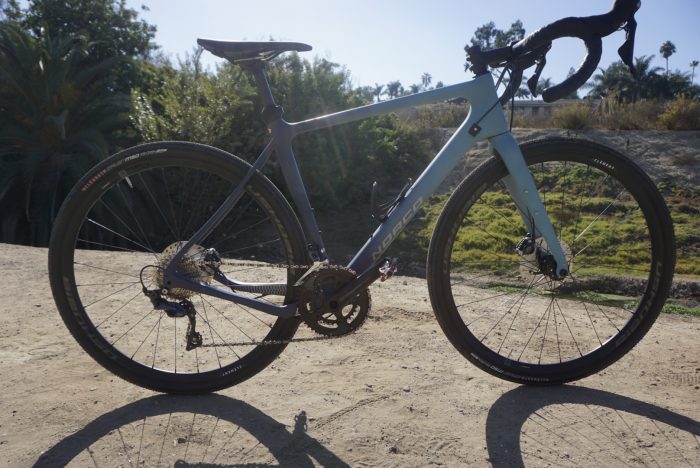 One of our latest test bikes in the RBA stable is the Norco Search Ultegra edition. I’ve been putting this bike to some good use this past week and really pushing it to see what it’s capable of. First impressions are that it is a true Gravel/Adventure bike and not more so of a CX bike with bigger tires. The Norco feels more like a mountain bike with the upright position and frame geometry. We’ll have a first ride and impressions video coming out soon which will go into much more detail on the Norco but until then here are some of the finer points… 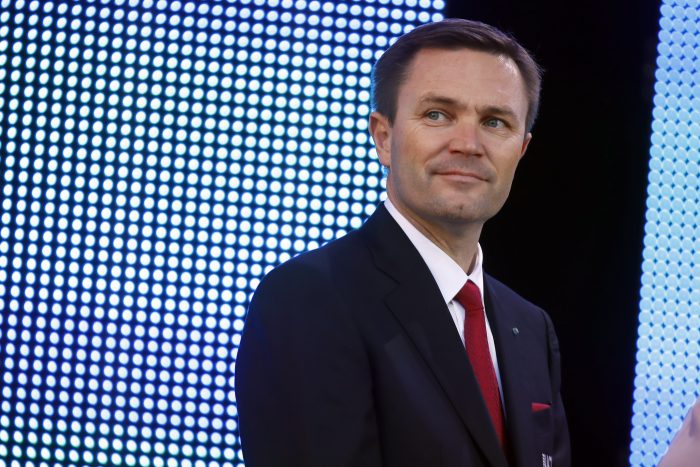 The new UCI President David Lappartient is already making some big statements as of late with the thoughts of reducing Grand Tour teams to six riders in the coming years. In years past the teams have always fielded nine riders for the Giro, Tour and Vuelta but next year will see that number drop to eight. Six riders per team would understandably make for more exciting, uncontrollable racing with it being a bit safer as well with less riders out on the roads. This will get a lot of back lash though from teams and riders as World Tour teams are already starting to shrink to 25 riders. I could imagine that number going down as well if we see six riders per Grand Tour one day. I’m all for safe and exciting racing but when it puts a lot of riders out of a job that’s not a good way to go about it. 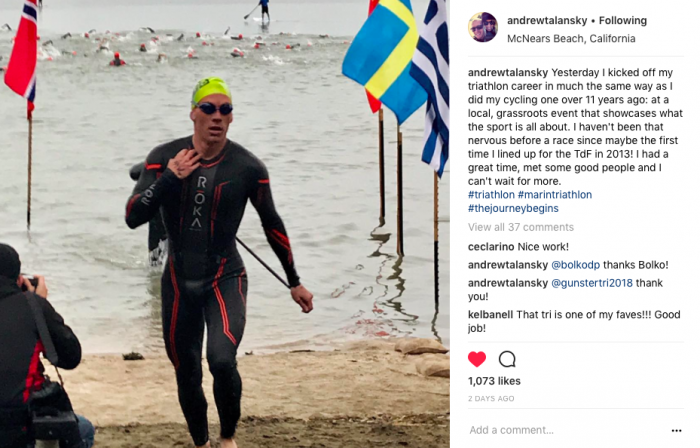 Andrew Talansky has wasted no time transitioning into his new sport with winning his first triathlon. Talansky competed in his first race at a local grassroots Olympic distance triathlon in Marin County. Andrew won the race by over 10 minutes which looks to be a good start as he transitions into his new discipline. 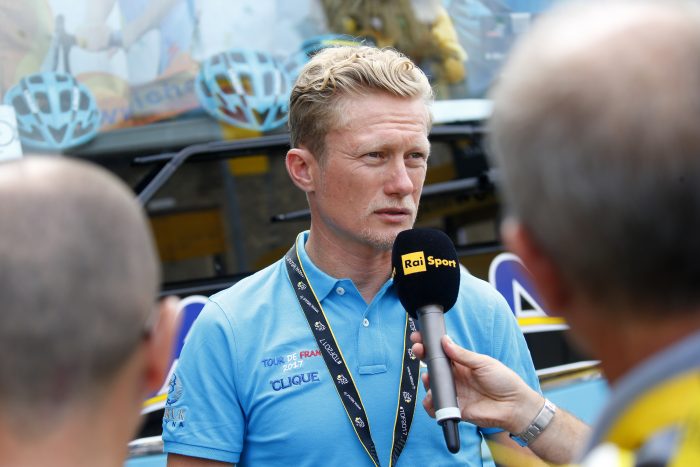 Astana team manager Alexander Vinokourov doesn’t seem to be letting go of the Aru transfer as he now is set to plan legal action against the Italian moving over to UAE Team Emirates. Vino was quoted saying; “We are going to demand some compensation from him for the damage caused because we were left without a top rider. We are grateful for him having spent so many years in our team so it’s unpleasant but he chose this way,” the Vesti.kz website.

The talk of Aru possibly leaving Astana became public during the Tour but apparently he wasn’t telling the truth to Vinokourov. If the public is catching wind of a transfer that means anyone involved with the team or rider knows way ahead of that. I’d imagine Aru strung Vino along saying he wasn’t planning on leaving but at the end of the day pulled a fast one. It’s rare in cycling to see matters go to such legal action but apparently Vino is planning on taking it that far. 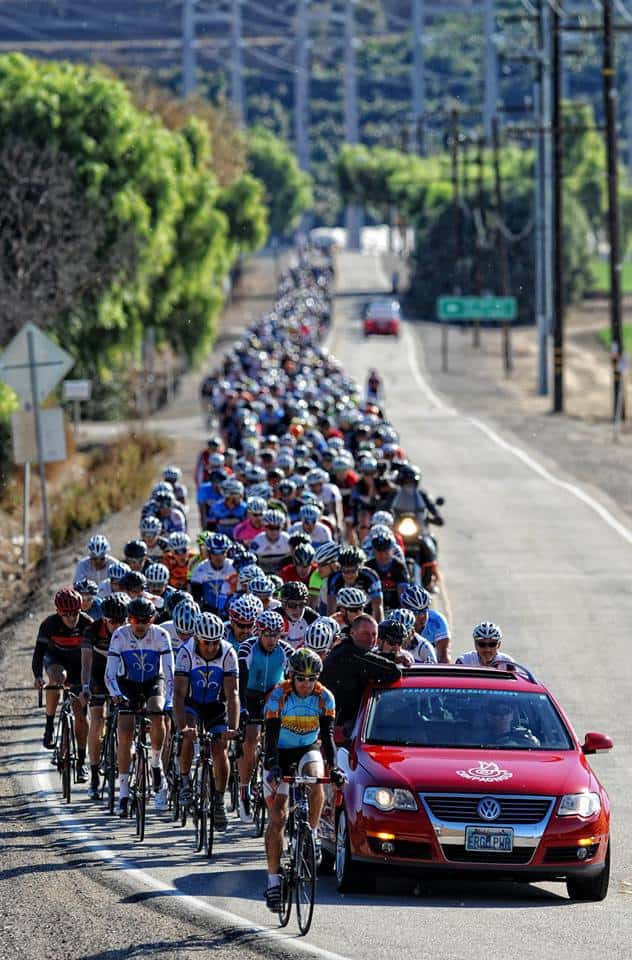 This Friday one of my favorite rides of the year is on tap with the Mike Nosco Memorial ride which is put on by his brother Jack Nosco. This ride always has a great turn out with an even better vibe to it. This is my fifth year going back to the event and encourage you to come out and enjoy the event which is for a great cause. More about the Mike Nosco ride:

Over the past nine years, the Mike Nosco Memorial Bicycle Ride has become an increasingly successful community event that has grown significantly each year. There has been an overwhelming outpour of generosity from our community, making the ride very special to all that participate – as riders and as volunteers. As I work to preserve my brother’s memory through the Michael P. Nosco Foundation, Inc., my main goal is to provide financial relief to families and/or individuals in our community. The emotional support that comes with 700+ people showing up in their honor is incredible! Your support means a lot to them and goes a long way in providing inspiration and strength to our recipients and their families. 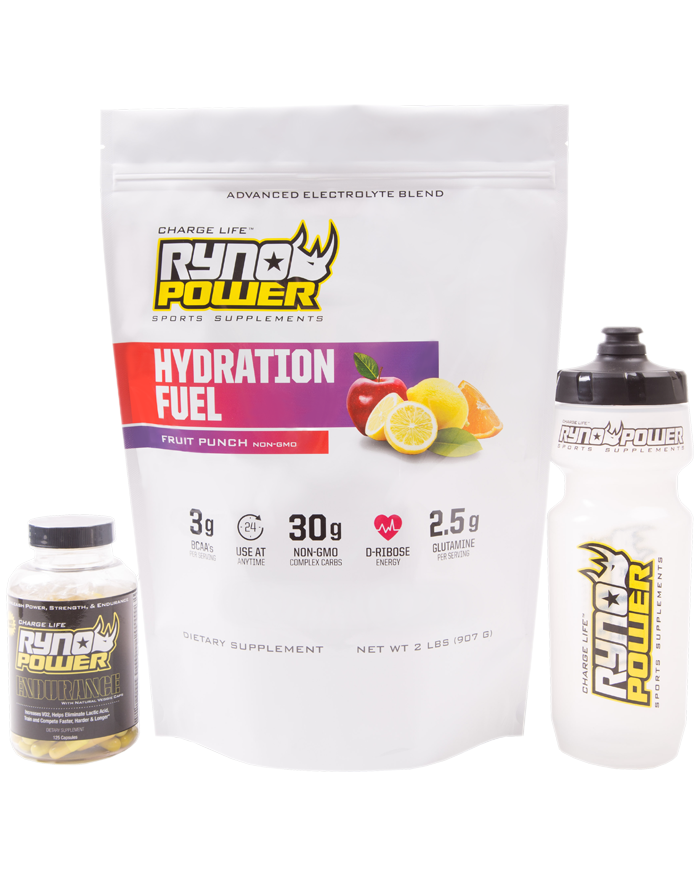 The Endurance + was designed to give you all the proper nutrients you need to perform under hot conditions for a long period of time. Hydration Fuel will provide you with all the electrolytes you need while the Endurance will fight to reduce cramping and arm pump by removing lactic acid in your muscles.

Holowesko-Citadel with New Sponsor and Directors