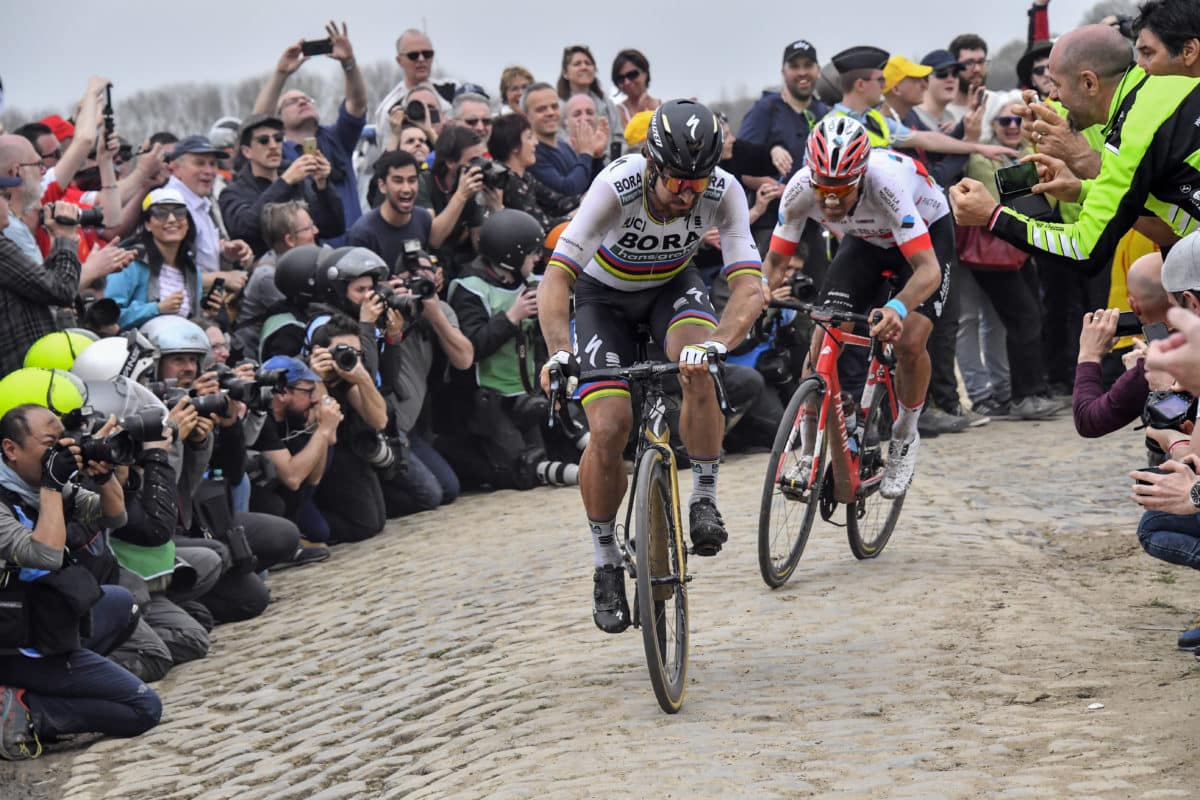 The photo of the week shows the battle which was endured at the front of the race during Paris-Roubaix after Peter Sagan bridged up to the break only to have Silvan Dillier be the last man standing. 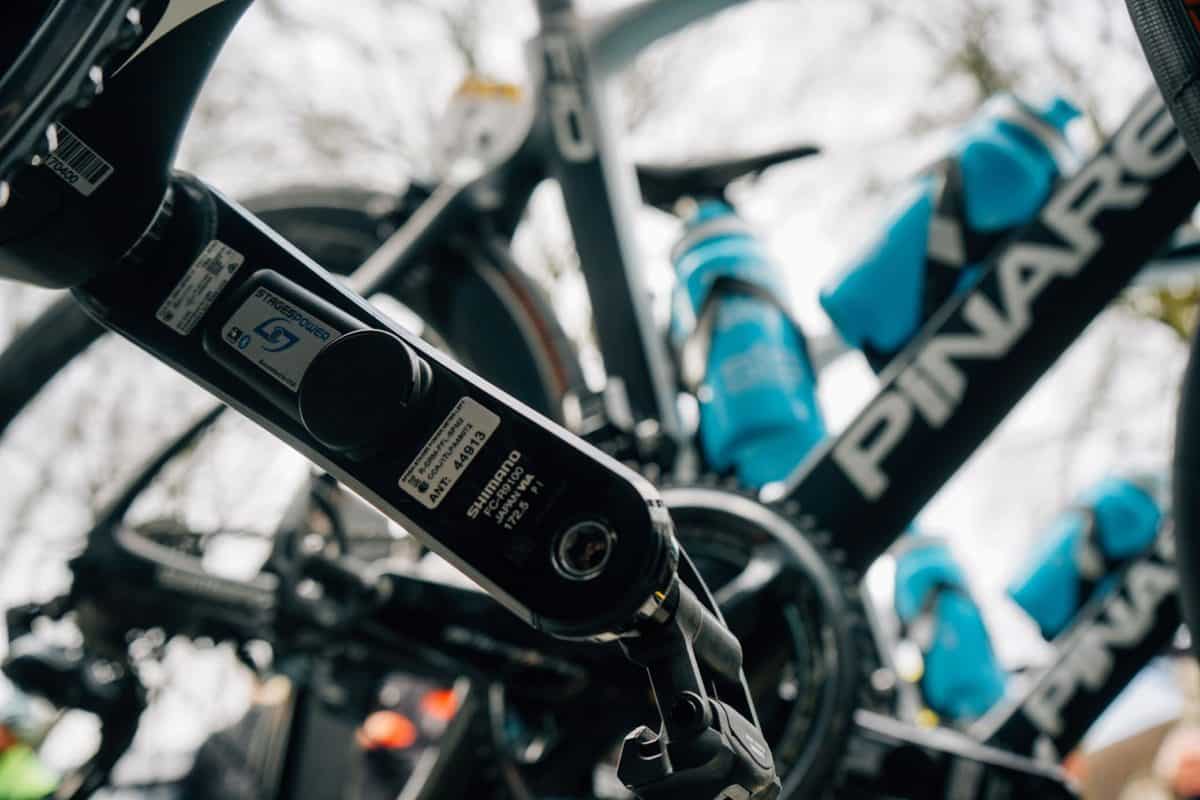 Stages® Cycling announced continued and expanded sponsorship of the world’s top cyclists, mountain bikers, and triathletes. Stages will continue their support of Team SKY, who has ridden the Stages Power LR meter to their last two Tour de France victories, as well as Wanty-Groupe Gobert, who will again compete in the world’s biggest stage race. Top mountain bikers from Yeti ‘s EWS Enduro team and  Cannondale’s Factory Racing World Cup cross-country squad  to DH World Champion Miranda Miller, and winning triathletes like Lionel Sanders, XTERRA and ITU World Champion Flora Duffy, and Team Timex also rely on Stages for their most important training and racing metrics. Stages professionals will compete on a variety of products including Stages LR Power dual-sided meters, Stages L Power and R Power single-sided meters, and Stages Dash GPS cycling computers.
“From our beginning, Stages has relied on the world’s top professionals to test our products in the most demanding environments,” said Pat Warner, Stages Cycling Vice President. “It is a testament to the reliability and accuracy of our products that the best riders in the world use Stages, whether it’s in the World Tour peloton, on the trail at an Enduro World Series event, or on the Queen K Highway at Kona World Championships.”
Stages Cycling Professionals include: 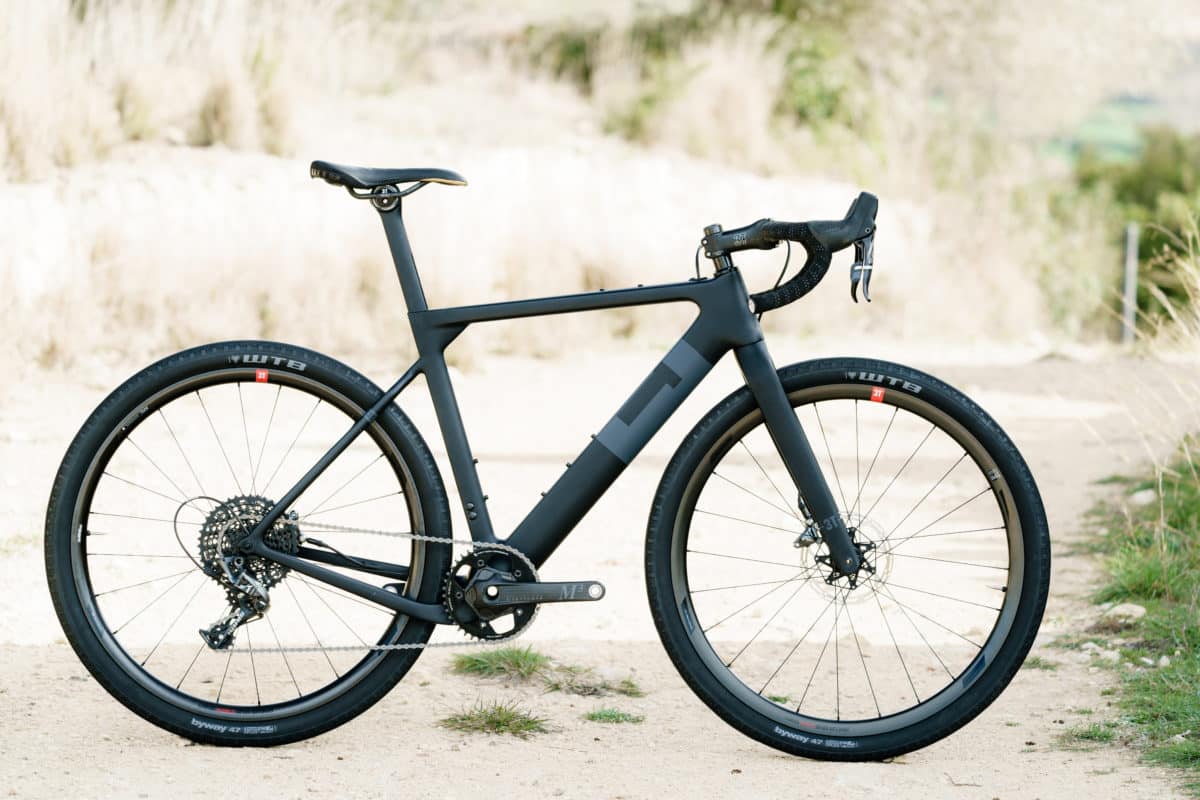 The Exploro is the only bike in its category that takes aerodynamics into account.
The new Exploro Flatmount follows the flatmount disc brake standard and features the Fango (Italian for mud) fork, which is a complete redesign. The Fango fork has been designed with new, more aerodynamic fork legs, fully internally cable routing, integrated disc brake bracket for 140 & 160mm discs, dedicated 12mm axle dropouts, a Syntace X-12 front axle for maximum stiffness & strength, and it is prepared for full fenders (coming in Fall 2018).  The new frame also sees some other small upgrades.
In parallel to the new Exploro Flatmount 3T is introducing the Superghiaia “gravel” dropbar, which combines a standard hand position on the hoods with a flared position for the drops.

IN THE PELOTON WITH UNITEDHEALTHCARE PRO CYCLING 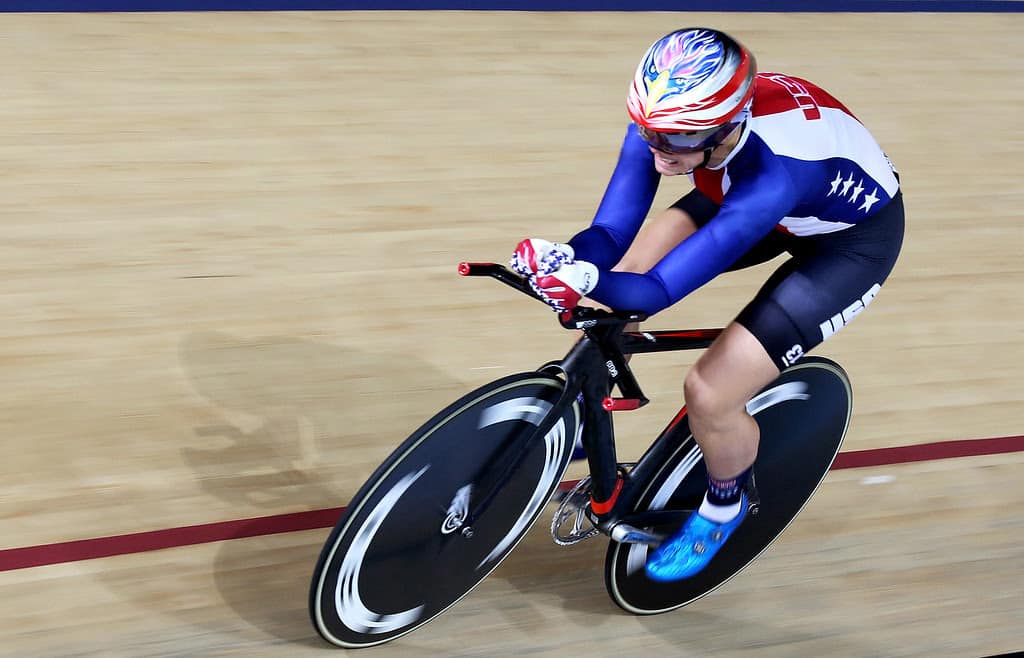 Unitedhealthcare is excited to announce that that will be back at the Amgen Tour of California again for the 2018 edition.  Proud to have been at every edition of the race the team is excited to see what they can do this year.

They asked Serghei Tvetcov about the invitation and he said, “I’m excited for the invitation back to one of the best races of the year.  I am looking forward for a good preparation next couple weeks through Gila and Redlands.  After looking over the stages I feel like my preparation will be good for the time trial, and hopefully I’ll be good on the queen stage up Gibraltar.”

The men are still hammering away at races in Europe.  A hard crash at Scheldeprisj this last week took its toll on Carlos Alzate and Travis McCabe, but both are recovering well.

On the track Shawn Morelli pulled out all the stops and blasted her way to a UCI Para-cycling World Championship title in the Individual Pursuit.  Huge congratulations Shawn!

Rebecca Rusch has spent her career adventuring around the globe in search of personal discovery, challenge, and finding the best version of myself – often from the seat of a bike. Now it’s her turn to give back. To use what she has learned through decades of first-evers, world records, championships, and insanely ambitious expeditions that have pushed her to her limits and beyond.

She invite you to #jointherusch and challenge yourself with new adventures. Consider this your personal invitation to grow and learn from her throughout the year at clinics and camps, rides, and events. She promises it’ll be outrageously fun. 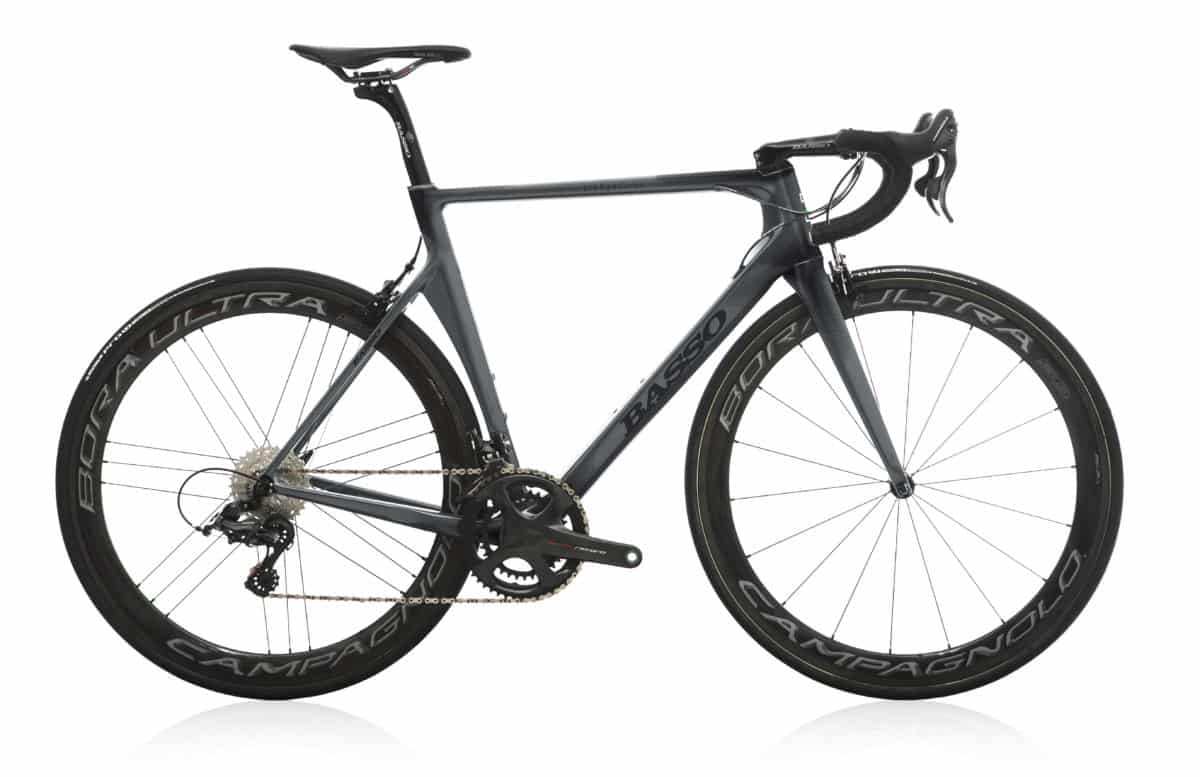 Introducing the all new Diamante SV Factory edition featuring the first 12 speed Campagnolo Super Record.
Inspired by the complex weave and layup of carbon fibre in our signature Diamante SV model we wanted to put an emphasis on certain key areas of the frame to display how the fibre orientation is applied through a unique paint scheme.
The Factory model is about highlighting our unique and advanced 100% Italian manufacturing process from start to finish, from carbon layup to painting and finally assembly of the complete bicycle. We pride ourselves on technical innovation so that’s why we have teamed up with our good friends down the road at Campagnolo to launch our Factory Edition alongside their all new innovative 12 speed Super Record groupset. 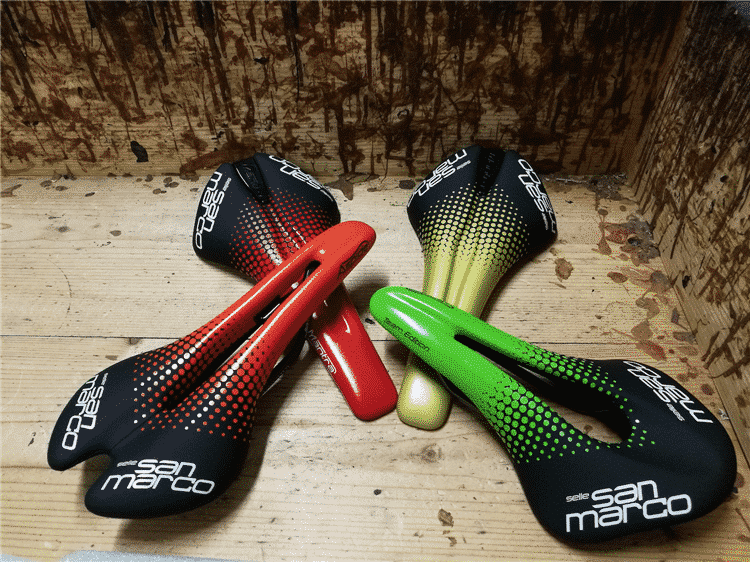 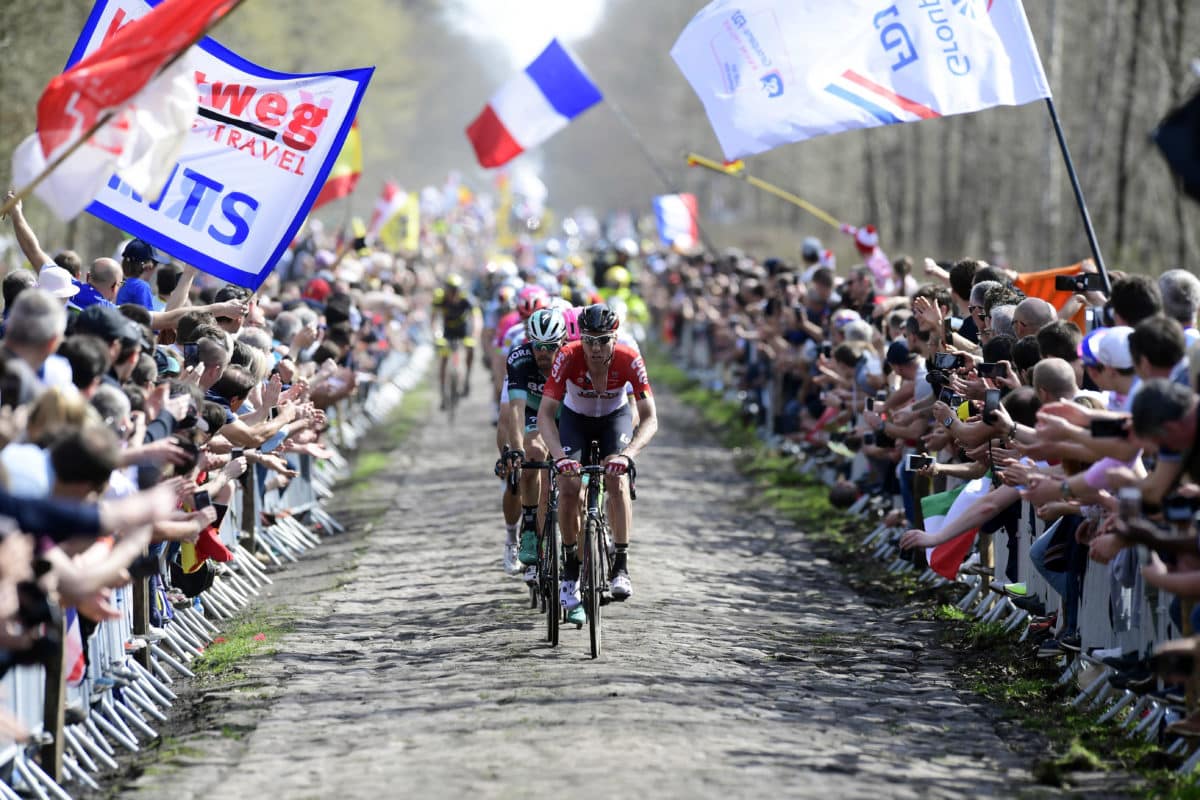 World champion Peter Sagan left his rivals in the dust on Sunday after a break from 55km out saw him clinch a jaw dropping victory in the 257km Paris-Roubaix classic.

The 28-year-old Slovak outsprinted Swiss champion Silvan Dillier, the last survivor from an earlier break, in the iconic outdoor velodrome in Roubaix after 5hrs 54mins 06sec in the saddle. Last week’s Tour of Flanders winner Niki Terpstra was third at 57sec and 2017 champion Greg Van Avermaet fourth at 1:34.

Victory in the ‘Hell of the North’ was a second prestigious ‘Monument’ one-day classic success for Sagan, who won the Tour of Flanders in 2016 and has three consecutive world titles.

Well, that’s all for this weeks Mid-Week Report. Be sure to check back every Wednesday to see the latest news, views and products that have come our way. If you have any questions, comments or requests, let us know: letters[email protected]