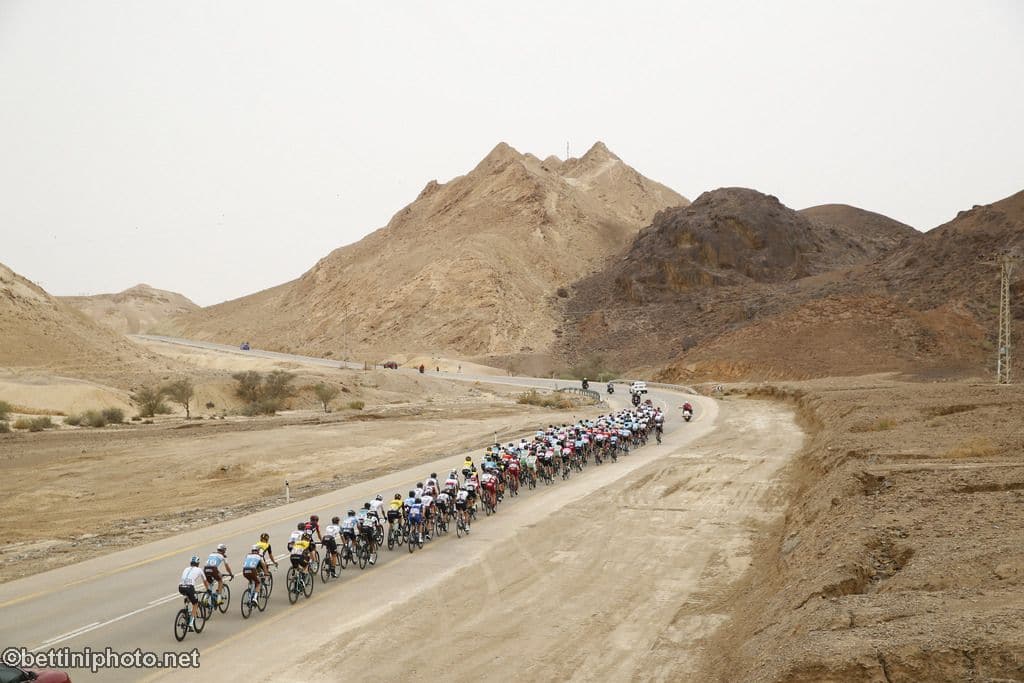 This is a stark contrast of what comes to mind when you think of the Giro d’ Italia (Tour of Italy), but the organizers pulled off the grand depart as Israel hosted the first three days of the Giro. Though the outskirts weren’t as scenic as the Jerusalem city, it is quite a site to see the difference of landscape the peloton races through. 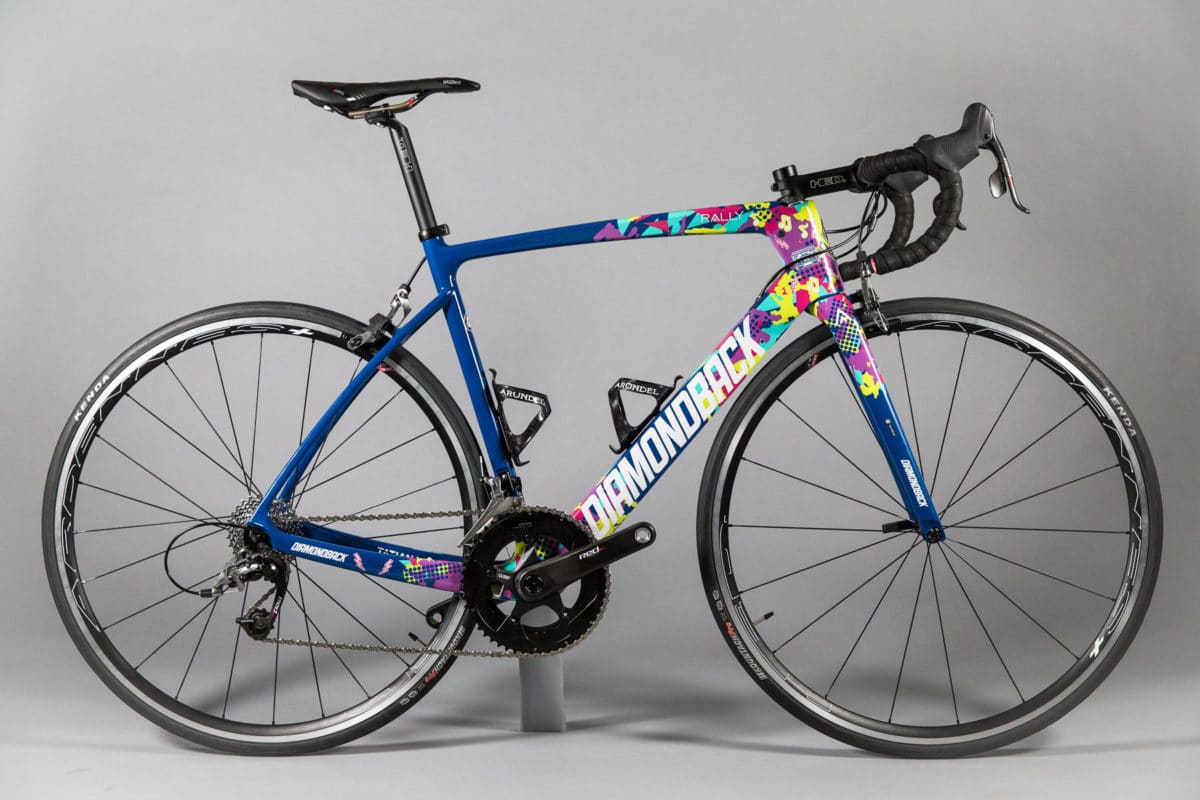 Rally Cycling will race the 2018 Amgen Tour of California while piloting some very special bicycles. For the third year running, the team collaborated with the UnitedHealthcare Children’s Foundation (UHCCF), to produce six hand-painted bicycle frames to honor and benefit young UHCCF grant recipients. The team interviewed six kids and used their responses as inspiration for the art.

“I feel super honored and excited to ride the Gladiator bike inspired by Lucas,” said Brandon McNulty. “To be able to do what I love while simultaneously raising money for families in need is really awesome. I know that when the race gets hard, I’ll look down at my gladiator themed bike and channel my inner gladiator to push just a little bit harder!” 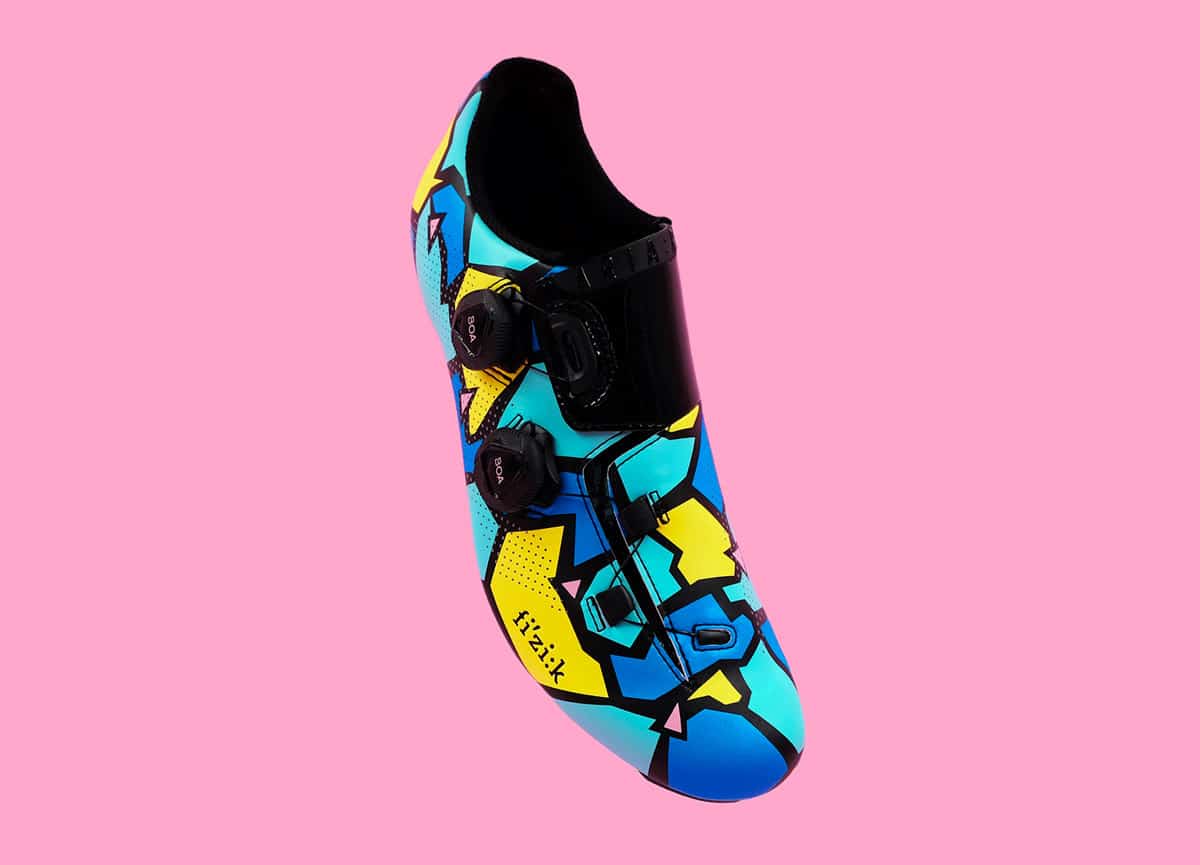 Fizik has introduced a new one-off shoe which is turning heads. Limited to just 101 pairs – one for each edition of the Giro d’ItaliaTM that it celebrates – this is a special-edition custom-painted version of our Aria R3 road shoe with a design by Artful Kicks.

While the shoe boasts fi’zi:k’s proven leading performance technology it’s the striking custom artwork that catches the eye and makes the Aria 101 a real collector’s item.  “I’m proud for the opportunity to represent such a historic race in this new design” says Artful Kicks’ Simon Fellows. 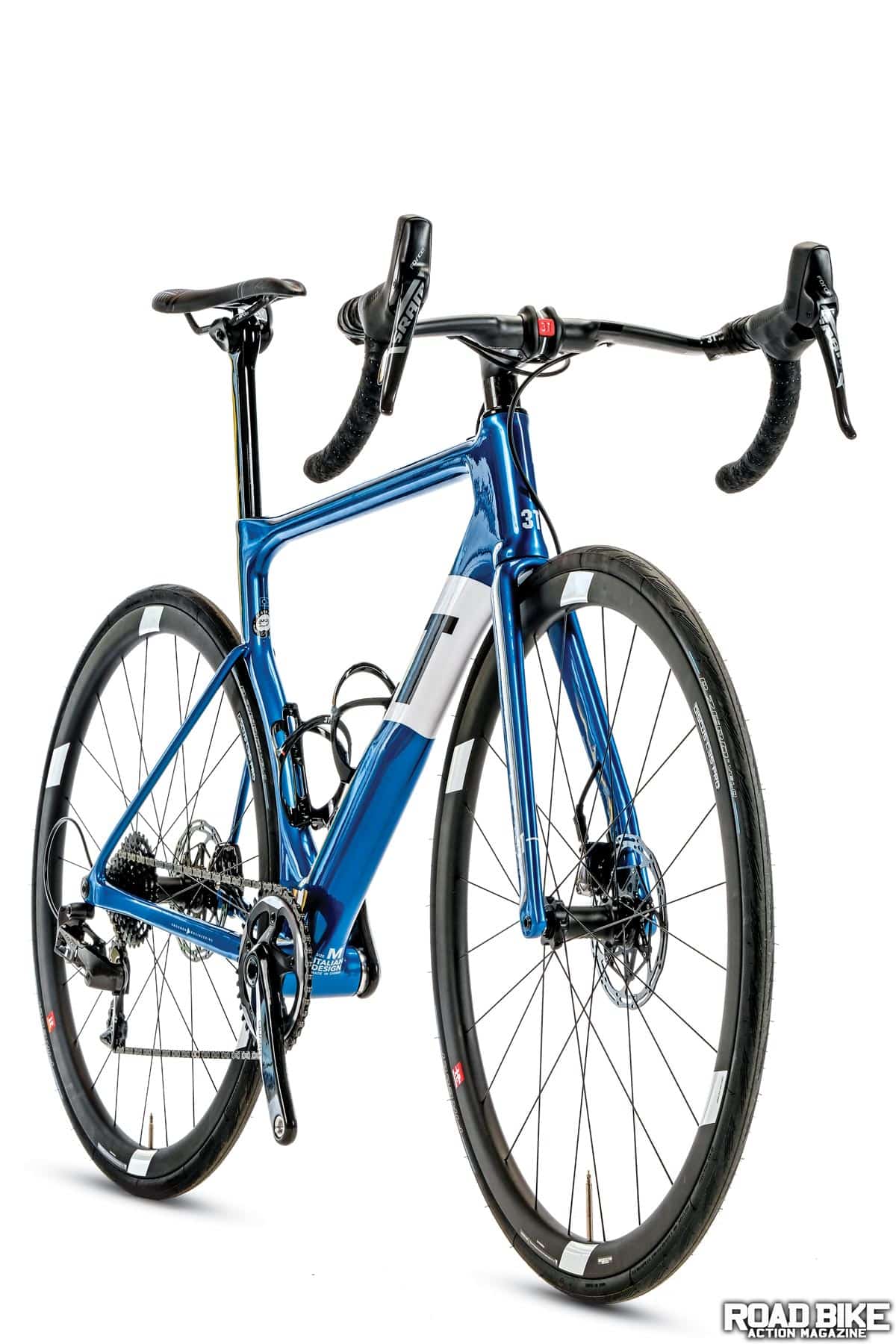 Each year we have a reader’s survey that helps us see what you, the reader is interested in. CLICK HERE to fill out the survey and be entered to win a sweet Bianchi Impulo All Road. It was the winner of the 2017 Interbike Innovation award and we have a full review in the June 2018 issue of the magazine.

We are also giving away one of our favorite bikes, a 3T Strada. CLICK HERE to see how you enter to win this sweet ride. And last, if you haven’t already, CLICK HERE to subscribe to the magazine and stay up to date will our latest reviews and content. 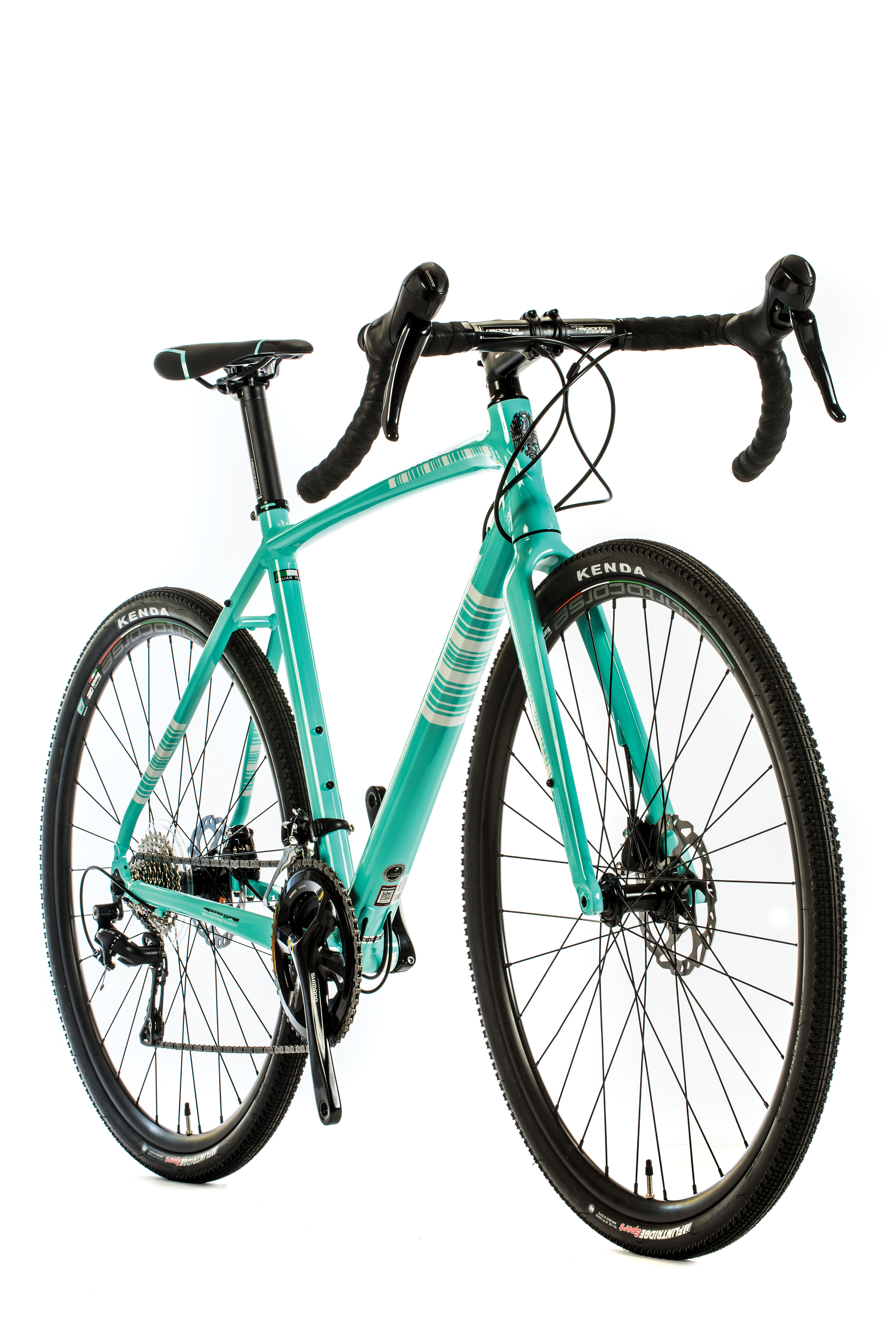 BEING THERE: REDLANDS BICYCLE CLASSIC

The Redlands Bicycle Classic is a staple for domestic racing and we went down to stage 3 to get a first person view of how the racing would play out, and who was on hand during the Highland Circuit stage. 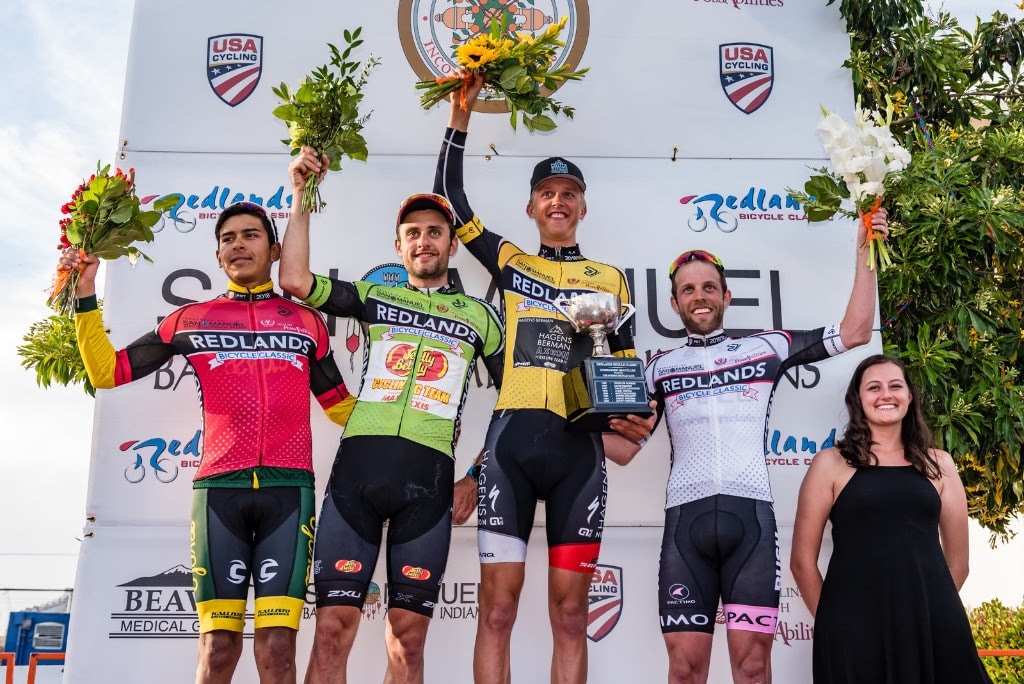 “The guys rode unbelievable,” Revard said. “They really threw everything they had. It was really nice to have Sean (Bennett) and Will (Barta) be able to finish with me on the circuit because that meant that they kept their GC spots. This wins means a lot, it’s the biggest win of my career. I’m so excited for what’s to come.” 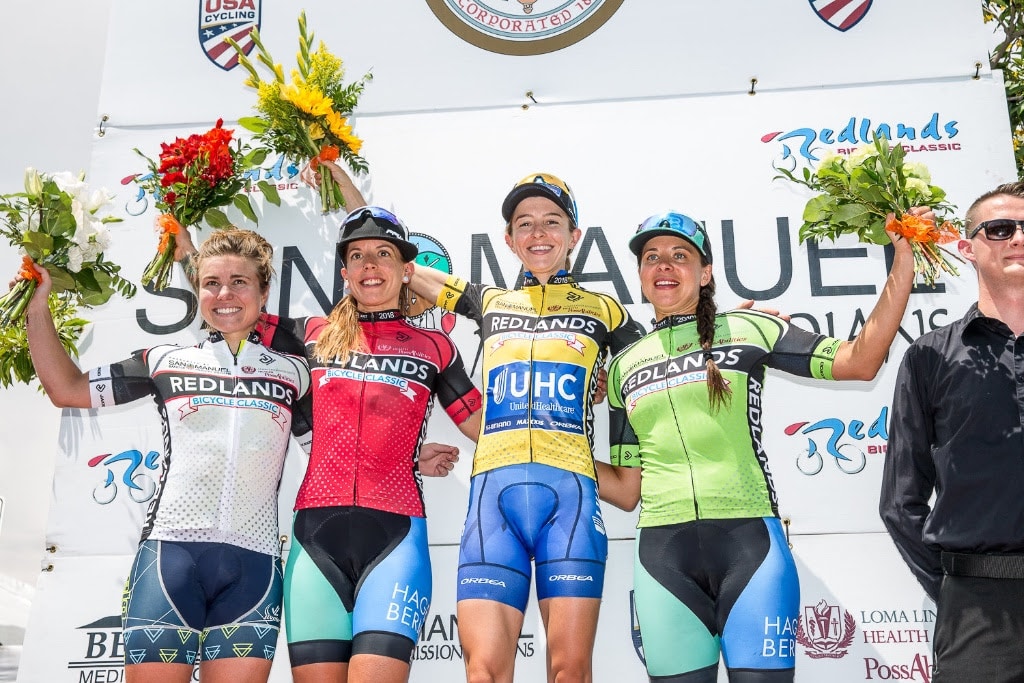 UnitedHealthcare Pro Cycling Katie Hall scored a hat trick on the USA Cycling Pro Road Tour, winning her third stage race in as many races, for the 34th edition of the Redlands Bicycle Classic. Rally Cycling brought fireworks for the final day of racing on the Beaver Medical Group Sunset Road Race but could not dislodge UHC from defending GC, finishing second on GC with Sara Bergen and winning the overall team classification. Edwige Pitel (Jakroo Racing) held on for third to round out the podium.

“I’m surprised,” Hall said. “I came off a really good off-season, I hit the gym really hard. I feel this win was just a product of my team. I’m really grateful. I was expecting a lot of attacks from Rally and that’s what they brought. It was really good, fun, hard racing.” 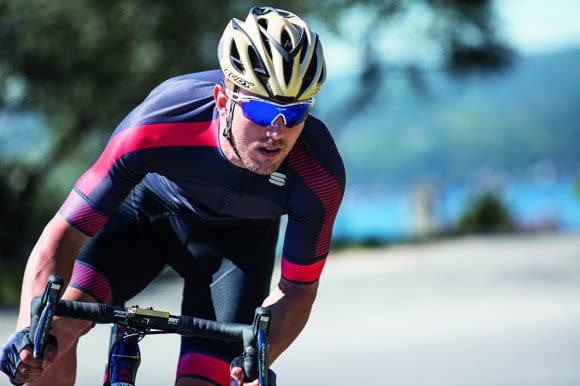 This collection is part of Sportful’s Spring/Summer 2018 offering and represents the pinnacle of performance offered by the storied Italian brand.

TOM DUMOULIN DROPS OUT OF THE GIRO D’ITALIA