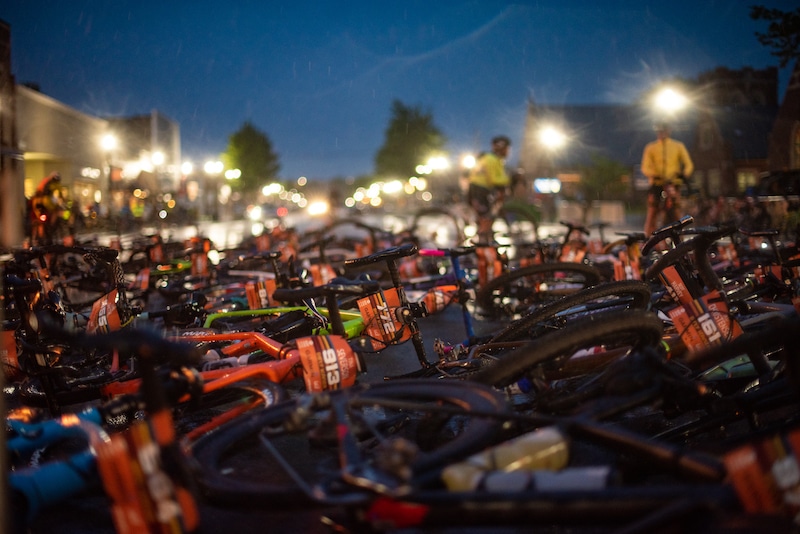 The calm before the storm “206 mile ride” during this past weekends Dirty Kanza 200 while a thunderstorm rolled through Emporia Kansas. The 6:00am start was pushed back 30 minutes while riders ran for cover leaving their bikes in their places holding their staging spots. 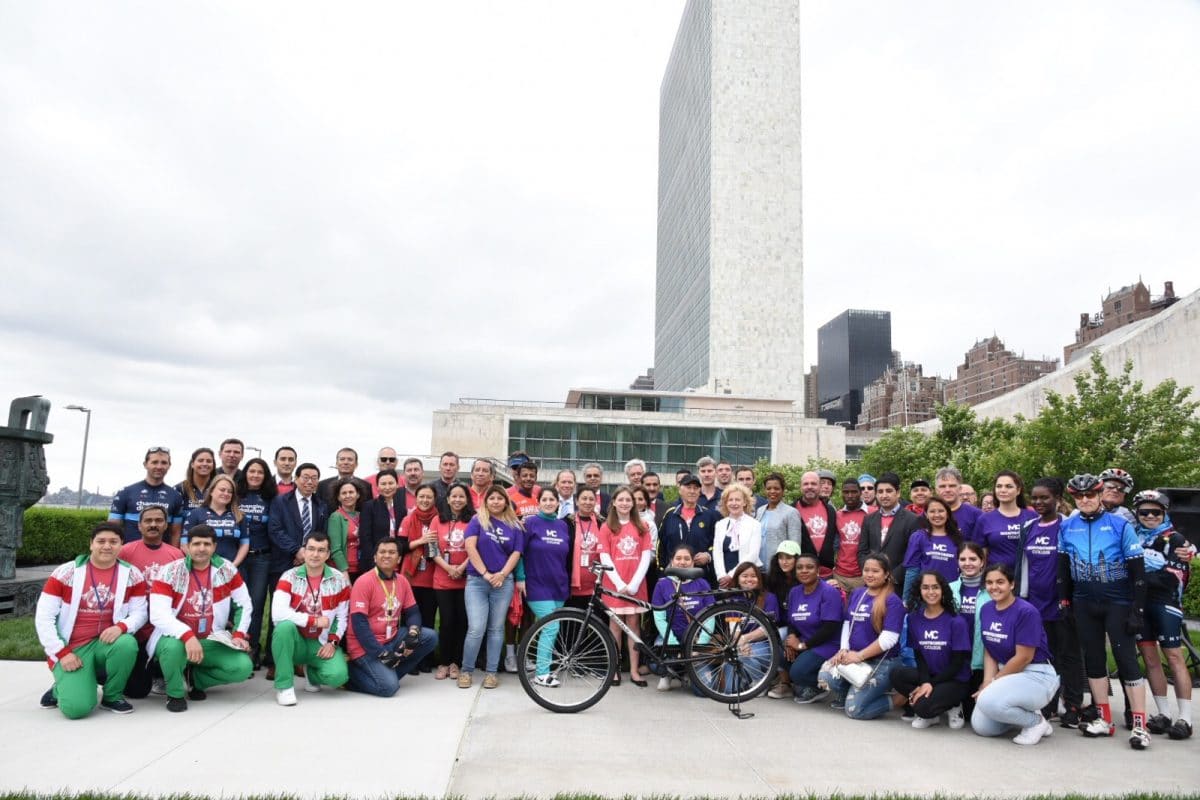 “Through delivering more than 400,000 bicycles in developing countries, we witness on a daily basis that bicycles can serve as a tool for development and as a means not just of transportation but also of access to education, healthcare and economic opportunity.”

“In mobilized communities, visits to patients by community health workers have increased 45 percent; students have increased attendance by 17 percent and improved their academic performance upwards of 59 percent; and dairy farmers have increased their income by 23 percent by using a quality bicycle as a reliable transport for their milk.” – Dave Neiswander, CEO of World Bicycle Relief

“Growing up in Zambia, I can tell you that a bicycle can change a life…Providing a bicycle to a student for education is a blessing because the education you are giving them they keep forever and they will help change their community and the world. With my education, my goal is to become a public defender, helping those who need it most.”

“More than a billion people do not have access to paved road. Mobility is a privilege. It is incumbent for all of us to recognize that cycling is a powerful form of mobility.” 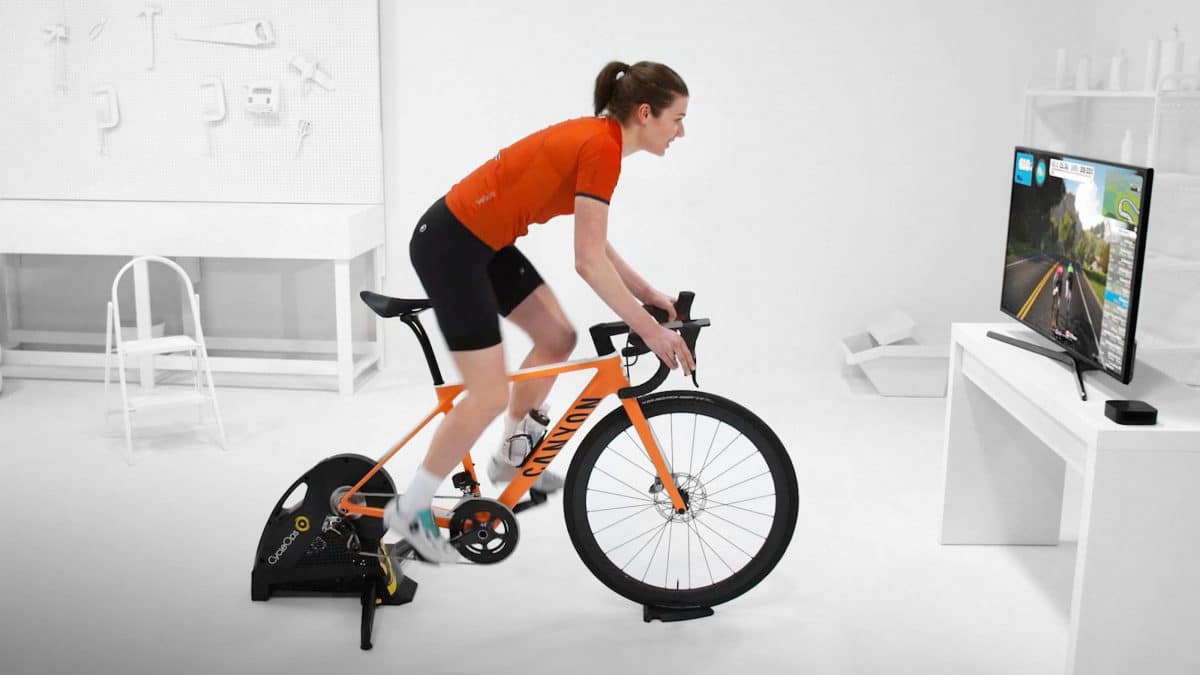 Building on Zwift’s established association with the UCI Road World Championships, their 2018 course will provide an alpine flavor in contrast to the city center location of the Richmond 2015 route. Heralded as the hilliest UCI Road World Championships in a generation, Zwift’s new world will be eagerly anticipated by amateurs and professionals keen to recon the mountainside location.

Zwift’s Innsbruck course is expected to focus on the 24km (15mile) ‘Olympic Lap’, tackled 7 times during the Men’s road race and 3 times during Women’s road race, which includes an 8km (5 miles) climb and passes through the scenic old town of Innsbruck, ‘Capital of the Alps’.

“This course is something we’ve not seen at the UCI Road World Championships for many years and will translate into something incredible for our Zwift community.” adds Eric Min, Zwift Co-Founder and CEO. “It’s going to be fantastic to be riding alongside World Championship contenders conducting their course recons on Zwift. I can’t wait.”

Press Release: Hundreds of the world’s best cyclists will return to San Antonio for a race around the iconic Alamo Plaza for the third year of Red Bull Last Stand on Saturday, October 13. The criterium style race, with both fixed and geared divisions for men and women, brings out the best cyclists in the world for a challenging race filled with blazing speeds and tight turns around one of America’s most famous landmarks.

A criterium (or “crit”) cycling race is a form of road bike racing consisting of tight laps around a short-closed circuit course. Red Bull Last Stand combines crit racing with the unique eliminator format. This means the rider who crosses the finish line last on each lap gets eliminated until there’s only one rider remaining. This leaves zero room for error for the riders and makes for thrilling action for spectators.

The daylong event will be free once again for all spectators and will offer amazing views of athletes riding at speeds of up to 40mph around the nine technical turns surrounding historic Alamo Plaza. Past winners are set to return to San Antonio to try to reclaim their spots on the podium, including Texas’ own Colin Strickland. Colin is one of the best crit cyclists in the world, a multi-time Red Hook Crit winner, and champion of the inaugural Men’s Fixed Gear race at Red Bull Last Stand in 2016. 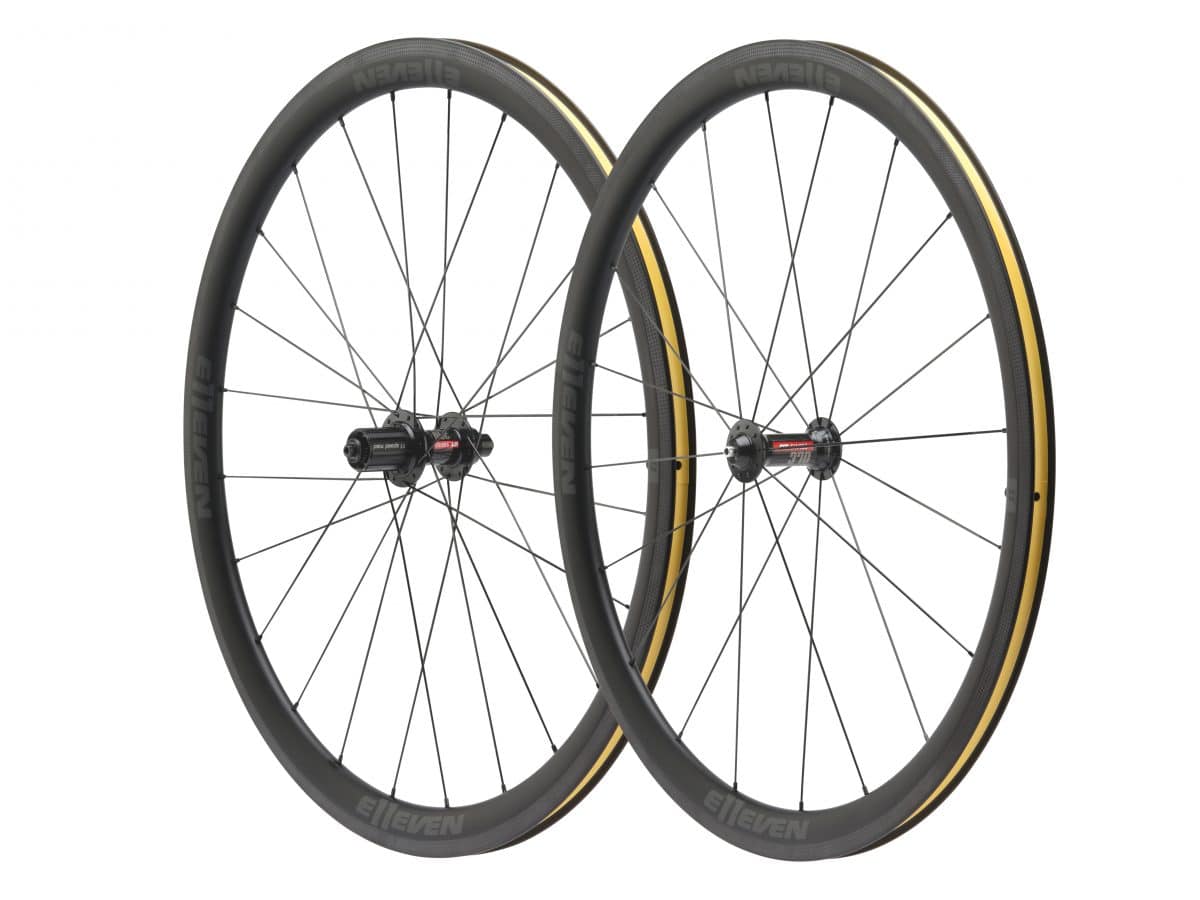 Press Release: “We were tired of seeing value oriented consumers buying unsafe cheap carbon wheelsets through Amazon and Alibaba so we decided to do something about it” CEO Richard Wittenberg states.  “E11EVEN was founded to provide a good product at a great price with American based customer service and warranty.”

The line is comprised of two caliper brake models, a 35mm and 50mm depth.  The internal width is 16mm, perfect for 25mm to 28mm width tires.  Rims are tubeless compatible.  The brake tracks are textured for improved braking performance and each set comes with special brake pads optimized to work with the wheels.  Hubs are DT with bladed spokes.  16 spokes in the front wheel and 20 spokes in the rear.  Quick Release skewers, spare replacement spokes and rims strips are included.

Both are available for less that $750 through WalMart.  Why Walmart.com?  Because they are the most efficient distribution partner for the product.  Leveraging there purchasing volumes helped E11EVEN negotiate better pries with its suppliers improving the value quotient.

Consumers can order online through WalMart.  Any questions about the product, service or warranty issues are handled directly with E11EVEN. 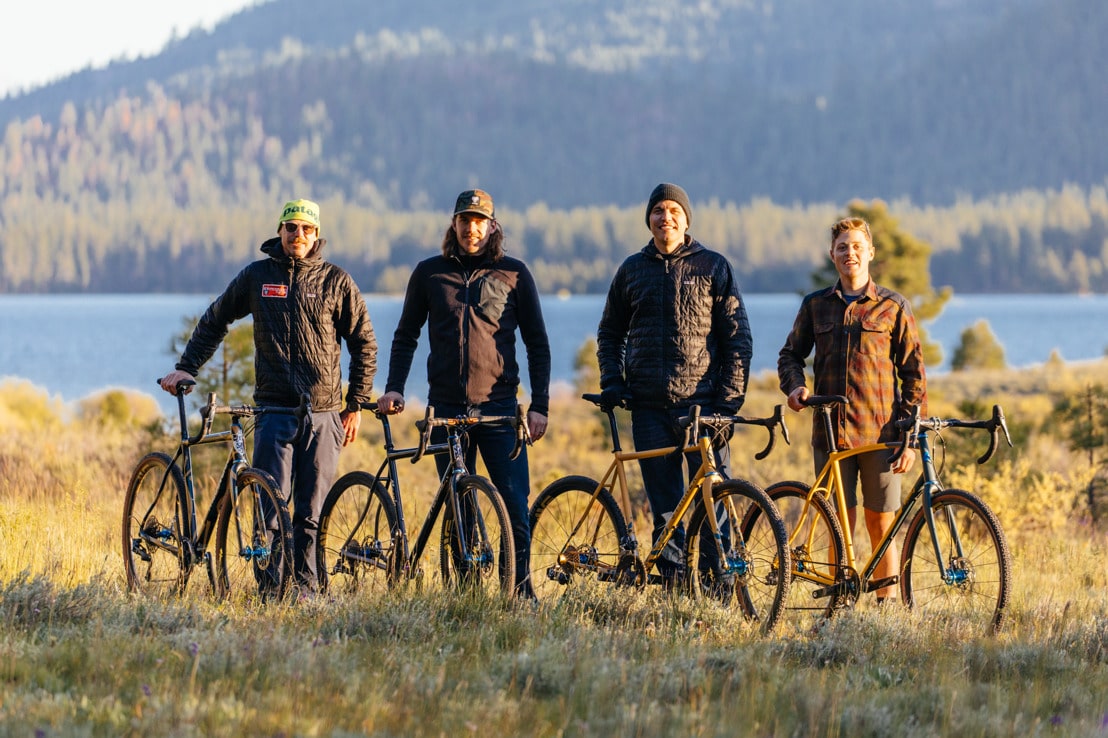 It’s a good day when chipping in a few bucks for the chance to win a new bike also gives aid to a good cause. And that’s what the Builders 4 Builders bike raffle is all about.

Custom frame makers Sklar, Stinner, Mosaic and McGovern have teamed up with world-class component makers ENVE, Chris King, SRAM and WTB to create four unique and beautiful custom bicycles that will be raffled after the gun goes off for the Lost and Found Gravel race. All proceeds will benefit the Sierra Buttes Trail Stewardship. The raffle will be live from June 2nd through June 15th, and all raffle ticket purchases are tax deductible.

Dirty Kanza brings out a massive group of cyclists that have different backgrounds, new goals in mind and overall mainly cyclists looking for a challenge. Speaking of new goals we had the opportunity to sit down with Rebecca Rusch where the 7X World Champion has already won the Dirty Kanza 200 three times and now looks to embark on the new 350 mile event here in Emporia.

While we were out walking the expo at the Dirty Kanza we stopped by the Orange Seal booth to chat with their pro racer Payson McElveen who was making his debut at the notorious Dirty Kanza.

Payson is a professional mountain bike racer and we talked about the possibilities of flats and punctures during Dirty Kanza which this race/ride is notorious for.

While we were walking the expo of the Dirty Kanza the day prior the big ride we ran into two time former winner Amanda “Panda” Nauman. Amanda is about as well experienced as one can be at the DK200 as she has won the event in 2015 and ’16.

Last year though it came down to the wire between herself and Alison Tetrick with a sprint finish between the two after 206 miles where Amanda would have to settle for second on the day.

This year Amanda had another great ride by completing the course in 12:28 which landed her on the podium again in second place. What may be more impressive though is that she finished 31st overall out of the entire men/women field.