From where the paved road ends to the start of the dirt we got plenty of riding in on various terrain at the Grapes of Wrath. The ride was no short feat as it was 140 miles in distance with 11,000 ft of climbing which saw us go up a 34 mile climb. 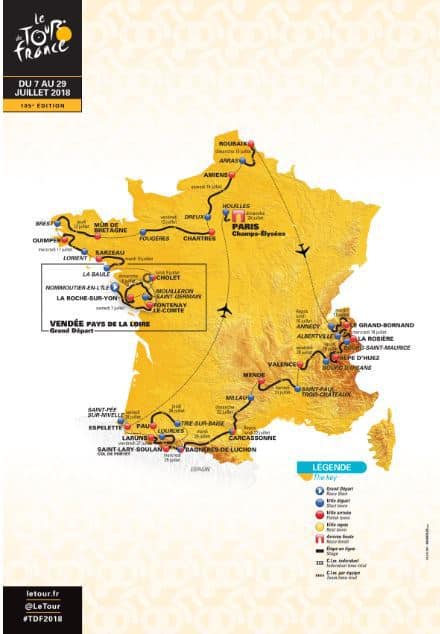 The route was released for next year’s Tour de France and I’m actually quite excited for the month of July to come. Last year’s route was a bit of a bore in my mind and this new route looks really exciting. I’m particular excited for the 65 km stage with 3,000 meters of climbing, those stages have shown possibly the most excitement lately in grand tours. Stage 9 will bring back some cobble action as there will be 15 sectors resulting in a total distance of 22 kilometers of cobblestone. That is quite a bit and the fact that the last section ends 8 kilometer from the finish means the race will be blown apart by then and I see some massive time gaps occurring for the GC riders.

CRUSHER IN THE TUSHAR PODCAST 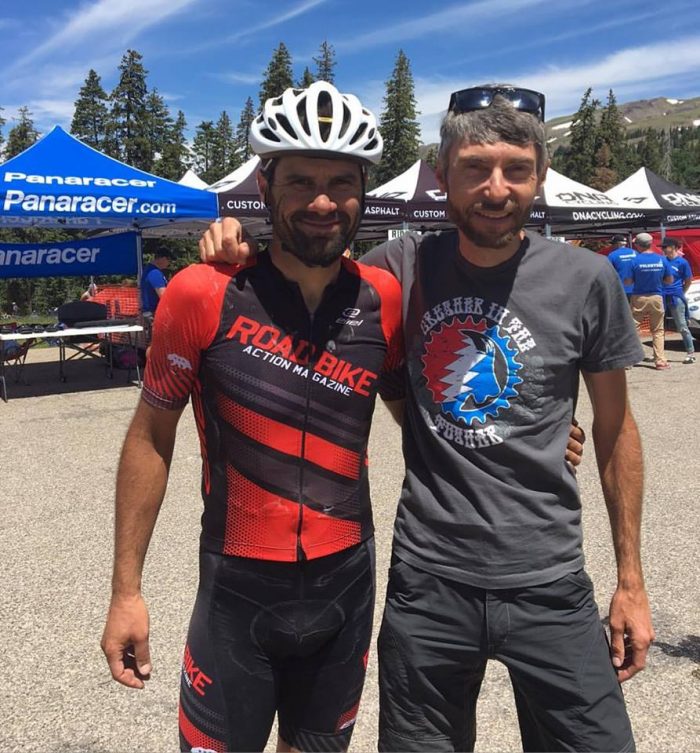 Last week we put up the latest Road Bike Action Show where I sat down with former RBA editor Neil Shirley and we chatted about the popular Crusher in the Tushar event. The Crusher is put on by former professional cyclist Burke Swindlehurts who is a long time friend of Neil’s and was actually my director back in 2011. Neil and I chat about the growth of the Crusher and the gravel scene in general. It was very cool to get the back story on how the Crusher came to be and the personal nature in which those roads hold to Burke. 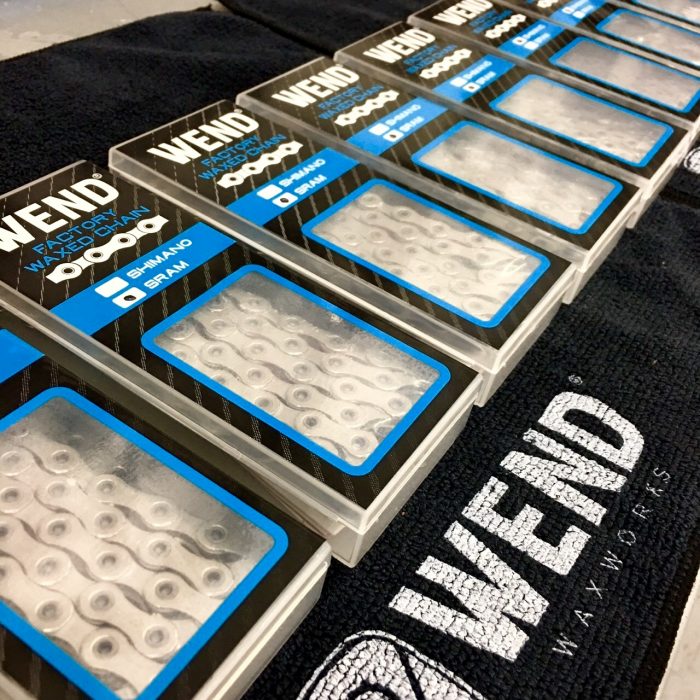 “By pre-waxing the chain we’re able to deliver the fastest setup for that big ride or race so riders can be confident in having the most efficient drivetrain,” says company co-founder Ryan Dahl. “Designed to complement our product line, a fresh application of WEND wax can be easily re-applied after 200-300 miles and utilized in everyday training to keep things smooth.” 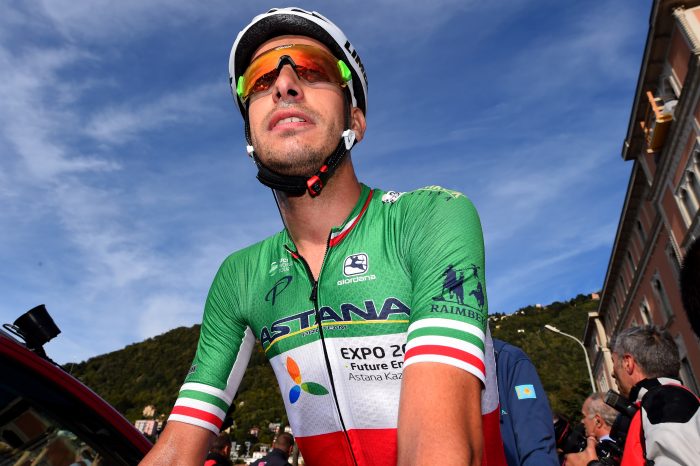 Fabio Aru has set sail from his Astana team to join the UAE Team Emirates for the upcoming three seasons. The UAE team have really bolstered their line up during this off season with Dan Martin coming on board as a Grand Tour rider as well with Alexander Kristoff for the sprints. The UAE team look to have split leadership roles between Martin and Aru but with both riders having ridden well in this year’s Tour de France it will be interesting to see if they show up there together with co-leadership or one riding as a super domestique for the other. With Aru leaving Astana this doesn’t do well for them as they only have Jakob Fuglsang and Miguel Angel Lopez for their stage race hopes. 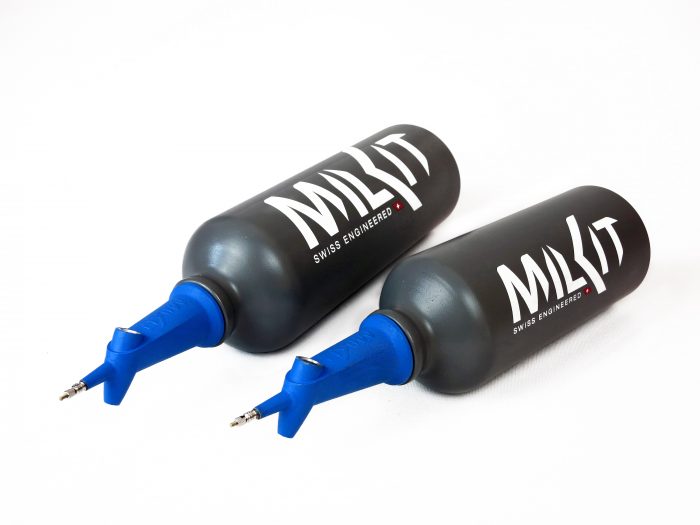 Press release: Previously, milKit, the young Swiss cycling brand, introduced a valve system that simplifies the handling and maintenance of tubeless tires. For their next product innovation, milKit have created the Booster, which eliminates the need for an air compressor when seating tubeless tires.

To solve the question of how to compress and deliver air to a tubeless tire using commonly available materials and fittings, milKit’s designers looked to standard aluminum drinking bottles, which are ideal pressure-storing devices that are also lightweight, robust and inexpensive. Combined with well designed valve and fitting designs, the aluminum bottle makes the basis of the Booster system, which works as simply as this: Inflate the booster with your bike pump, remove valve core from your tubeless valves, push the booster on the valve stem. It’s that simple. There are no hoses or additional valves to reduce air flow, making inflating tubeless tires with the milKit booster more efficient than with any known existing solution.

This simple solution is now available at Kickstarter.

Fellow editor Troy Templin put the new Shimano shoes to the test, take a read at what thought of them in this latest review.

It was a strange moment when we found ourselves in the Shimano booth at Eurobike last year and felt as if we’d dropped into an outdoor clothing company’s booth instead. The reality is that Shimano is not just a derailleur and shifter company. As well known as Shimano is as one of the go-to component brands, over the years they have also carved out a tidy business with an ever-expanding catalog of accessories that can complement and enhance your entire ride experience. From apparel and eyewear to a full line of footwear, Shimano has you covered.

Owing to the popularity of their pedals (and apart from their purchase of Pearl Izumi), it makes sense that Shimano would also have a stake in the shoe business as well. 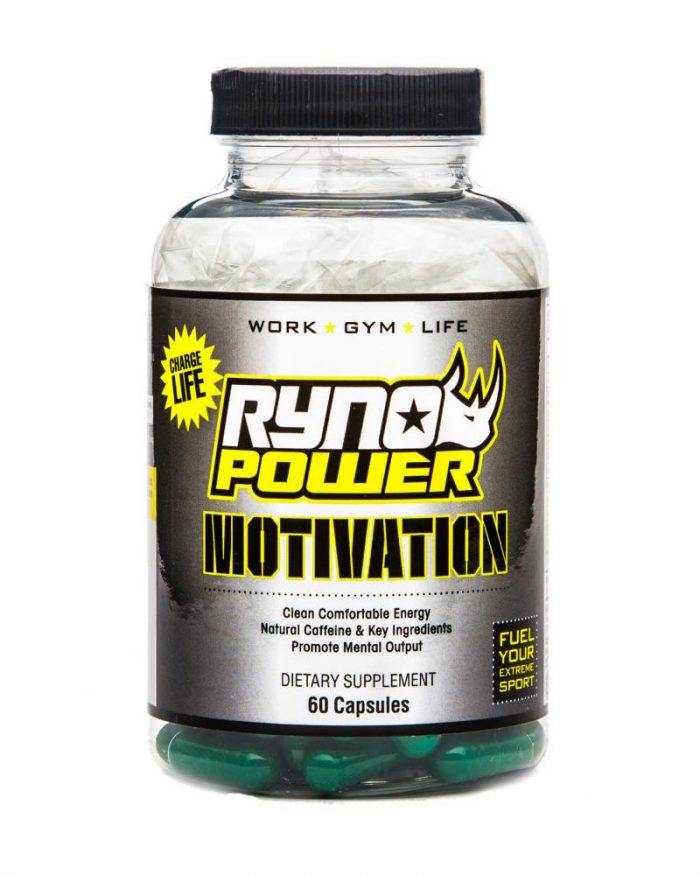 It’s no secret that in cycling caffeine is among one of the most popular products you may hear cyclists talk about whether it being a coffee, espresso or even just a caffeine pill. Perhaps your not a big coffee drinker or can’t quite get that shot of espresso in when your four hours into your ride. The motivation pill from Ryno Power may be just what you need for that extra little kick.

Ryno Power Motivation: Motivation enhances mental and physical performance. It is made with a safe and effective synergy of energizing ingredients and is great to keep pace for hours without mental fatigue. Tyrosine is a rare ingredient we used that is shown to improve performance under stressful conditions. The Guarana Seed Extract is released slowly over as long as four hours to give you sustained energy rather than the quick boost you get from coffee or energy drinks.