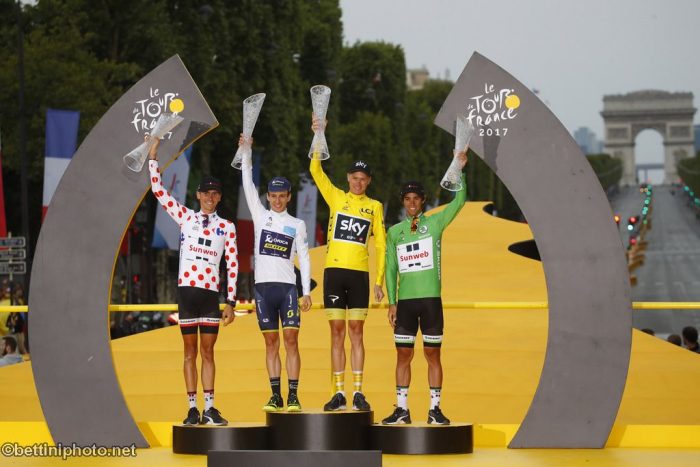 The month of July is just about over which means this year’s Tour de France has come to a conclusion. Just from looking at this photo the thoughts that run through my mind are that Froome knows how to win and properly prep for the Tour, Yates perhaps made history with doing what his brother did the year before to take home the white jersey, I’m sure everyone would’ve bet everything on that Peter would be standing up there in green and Warren Barguil is someone who should get used to standing up there. // PC: Bettini

THE ALL NEW 3T STRADA 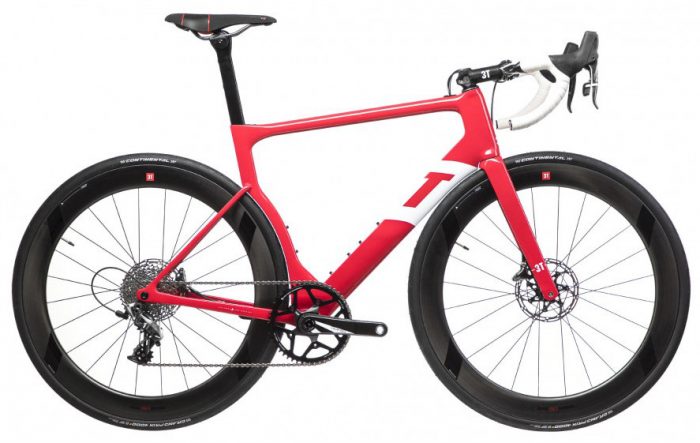 This just in! We got our hands on one of the first new 3T Strada bikes today at the office and we are super stoked to take this new bike out on the road. Look for a review soon! 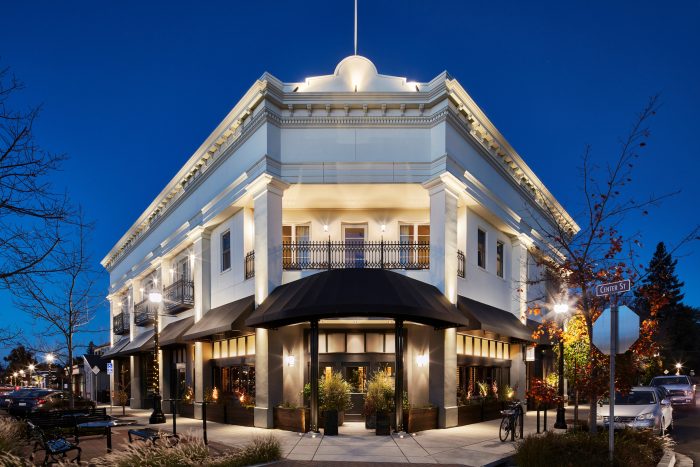 The captivating farm-restaurant-inn is garnering worldwide acclaim for offering experiences based on “omotenashi,” the Japanese concept of hospitality whereby “guests are entertained wholeheartedly,”  “Every detail is meticulously considered at SingleThread,” says Trek Travel President, Tania Burke. “It’s five guestrooms are luxuriously timeless, dinner in its James Beard award-winning restaurant is flawless, and a tour of SingleThread farm is enchanting.”

The limited availability of this four-day, three-night trip is offered from October 23 – 26, 2017. Priced from $4,799 per person, the trip begins and ends in Healdsburg, California. Guests stay at SingleThread. Rides from 11 to 40 miles with up to 2,400 of climbing. For further information contact Trek Travel at 1-866-464-8735 or visit www.trektravel.com. 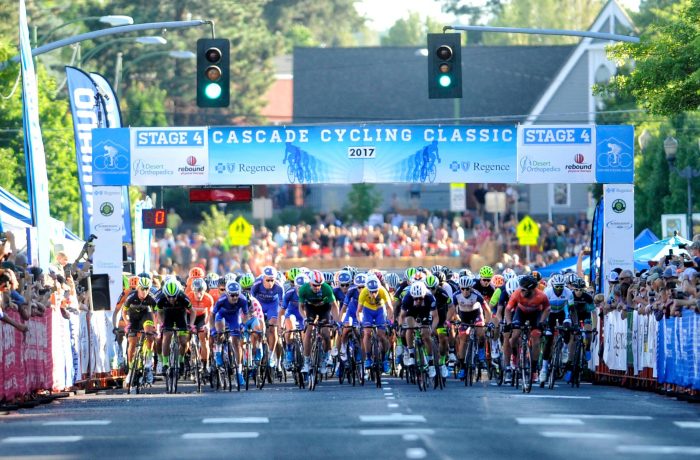 The Cascade Classic wrapped up this past Sunday with Robin Carpenter of Holowesko – Citadel p/b Hincapie taking the overall win in the Men’s Pro field and Allie Dragoo of Sho-Air Twenty20 claiming the women’s victory. Robin took victory as he did in similar fashion compared to last year where he went into the final stage trailing by a few seconds to do enough to take the overall victory. This is the third year in a row which the Holowesko-Citadel team has taken overall honors with Dion Smith winning in 2015. Worth noting is that Dion just completed his first Tour de France where he was in the final break during stage 21 in Paris.

The five days of racing though did come with it’s fair share of drama. It started off with the women protesting the UCI purse money which was on the low side. The Elite Men’s overall winner is scheduled to earn a $2,951 payday for his efforts during the five-day stage race. The Elite Women’s winner will receive $225 for the same effort over the same five days. There was a go GoFundMe page set up to help raise the women’s purse which $6500 of the $16k goal was raised.

To add onto that drama during the final stage which is a circuit where they have both men’s and women’s fields out racing, the lead men’s group caught the women’s lead group as they were turning onto the finishing climb. Stephen Bassett of Silber jumped away looking to take the victory only to crash into one of women’s racer and end his chance of taking victory. 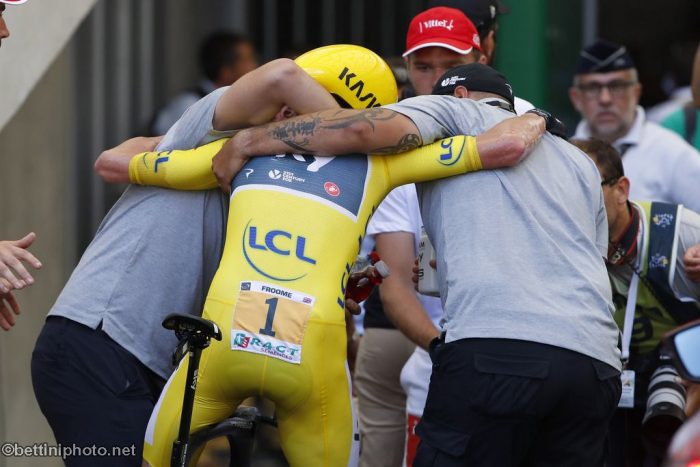 The Tour de France has come and gone and maybe the racing wasn’t the most exciting the drama was still there in full. I can’t remember the last Tour in which so many favorite and/or big name riders had to DNF. Perhaps the writing was on the wall when Valverde crashed out of the very first stage with a broken knee cap. To get more in depth take a look at our key breakdown moments of the Tour here. // pc: bETTINI 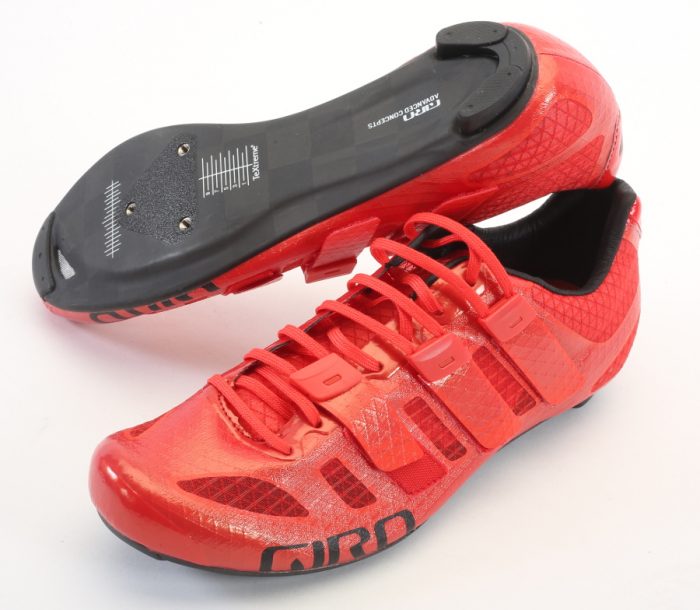 We’ve put some time into our latest shoes which we’ve been testing. The new Giro Prolight’s Techlace weigh 300 grams for the pair in a size 42 which I currently am wearing. The light weight shoe is very form fitting but with the lack of material it may not hold up the best support for some riders. With the velcro techlace system it’s very simple to tighten down but over your ride does loosen up a bit. Unlike a boa system where you can simply reach down and feel it you almost need to look down at first to line up where the velcro straps. One unknown that we’re curious about is the life of the shoe as there isn’t much to them. Overall though I have been really happy with the shoe and have never worn anything so light. The shoes are available now at $400.

Looking Back: The Drama During the Tour de France