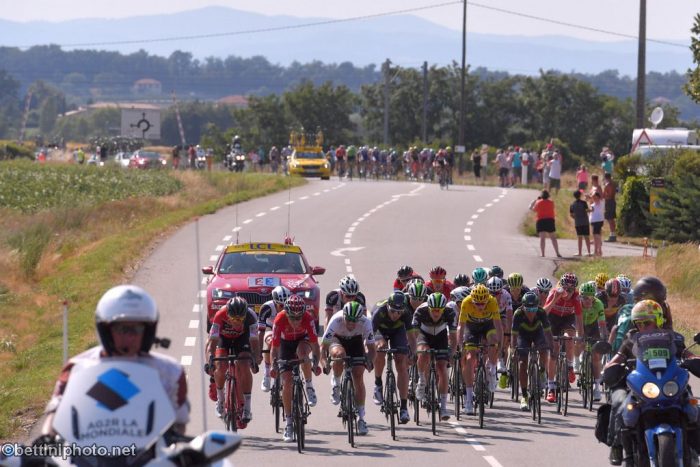 The crosswinds finally came in the final third week of the Tour. Most of the GC favorites made the split other then Dan Martin and Louis Meintjes. It was surprising to see Dan Martin miss that split as he rides for the powerful Belgian squad Quick-Step who specialize in riding in the cross winds. There was even talk prior to the stage of Dan Martin possibly gaining time on his rivals through the possible cross wind section. PC: Bettini 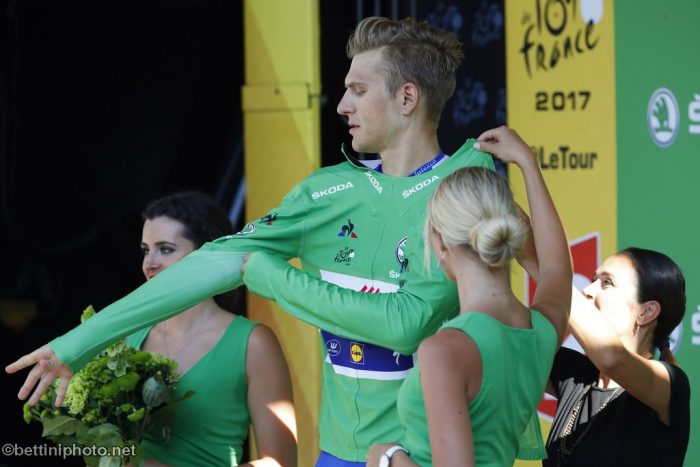 With the last few years having the green jersey competition being dominated by Peter Sagan, this year it has been one of the strangest scenarios. The Tour organizers looked to make a more tailored course laid out for pure sprinters such as Kittel. They needed to do something as Peter was just making it look too easy. Peter did have the green jersey though before later being disqualified. From there it fell onto the shoulders of Arnaud Demare of FDJ who went on to being time cut during stage 9. From there it went over to Marcel Kittel who has collected five stage win’s in dominant fashion. The green jersey battle started to get interesting with Mathew’s last few successful stages. Now though with Kittel crashing in today’s stage and having to pull out Michael Mathews will look to take it to Paris. Hopefully he has no issues similar to Peter, Demare and Kittel. PC: Bettini 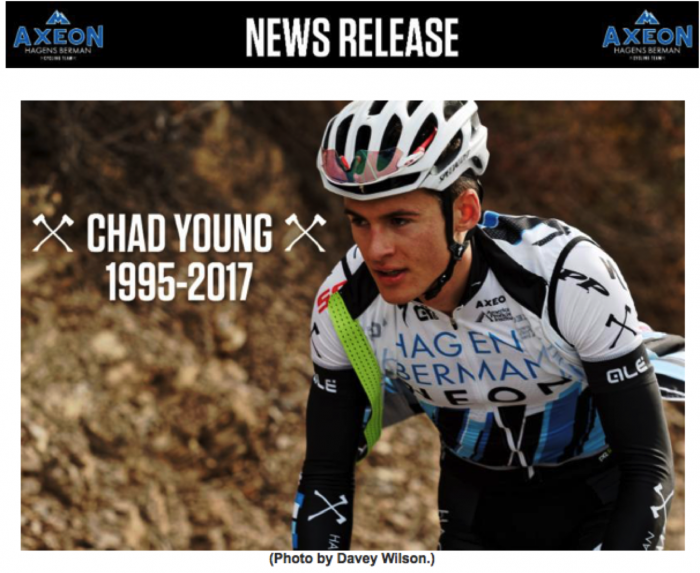 With the recent tragic loss of Chad Young, his parents have announced the creation of the Chad William Young Foundation. The foundation will fund research into the prevention of traumatic brain injury in cycling, compassionate hospital care and two merit-based scholarships.

“After many conversations with people in the cycling community, we want to help develop a new technology-based safeguard, rather than a physical safeguard such as helmet, to limit the risk of a traumatic brain injurysustainedduring a cycling accident,” his father Kevin Young said.

The Chad William Young Foundation will also fund two merit-based scholarships to recipients whose ideals are similar to Chad’s – exemplified by a life well lived, academic excellence, and pursuit of athletic endeavors. The scholarships will be awarded to students at two schools Chad attended – St. Thomas Aquinas High School in Dover, New Hampshire and the Colorado School of Mines in Golden, Colorado.

To find out more about the Chad William Young Foundation or to make a donation, visit https://cwyf.org/. 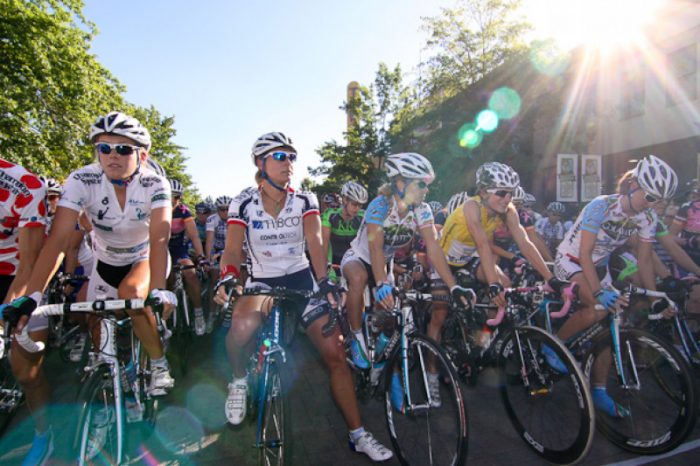 The Elite Men’s overall winner is scheduled to earn a $2,951 payday for his efforts during the five-day stage race. The Elite Women’s winner will receive $225 for the same effort over the same five days.

As a result of this disparity, Bend-based DVA Advertising & Public Relations has set up a 2017 CCC Women’s Elite Prize MoneyGoFundMe page (https://www.gofundme.com/cccwomen) to raise money for the top three overall elite female finishers in this year’s race, with a goal of raising $15,954 – the difference between the total Elite Men’s and Elite Women’s prize purses.

MAVIC RENEWS SPONSORSHIP WITH TDF TILL 2022 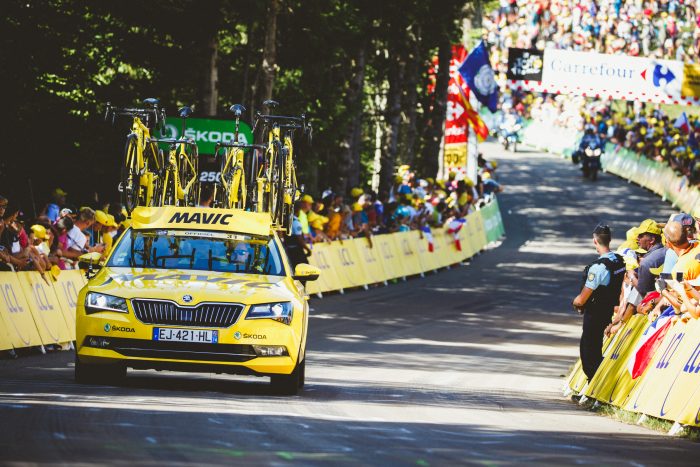 On the 40th anniversary of supporting at the Tour de France, Mavic is proud to announce that the long-term partnership at the world’s most prestigious professional cycling race will be renewed through 2022. Mavic, will continue to provide the highest level of neutral support at the world’s premier cycling race for the next five years.

“The neutral support from Mavic represents the true “Saint Bernard” of the race,” shared Christian Prudhomme, Director of Tour de France. “They have deep knowledge of cycling, and racing, which is essential for this service to be useful for all the riders and teams.” He continued, “Mavic technical assistance is constantly looking for solutions and innovations to improve this crucial and indispensable service for racing and, of course, the yellow cars and motorcycles match perfectly with the Tour de France.” 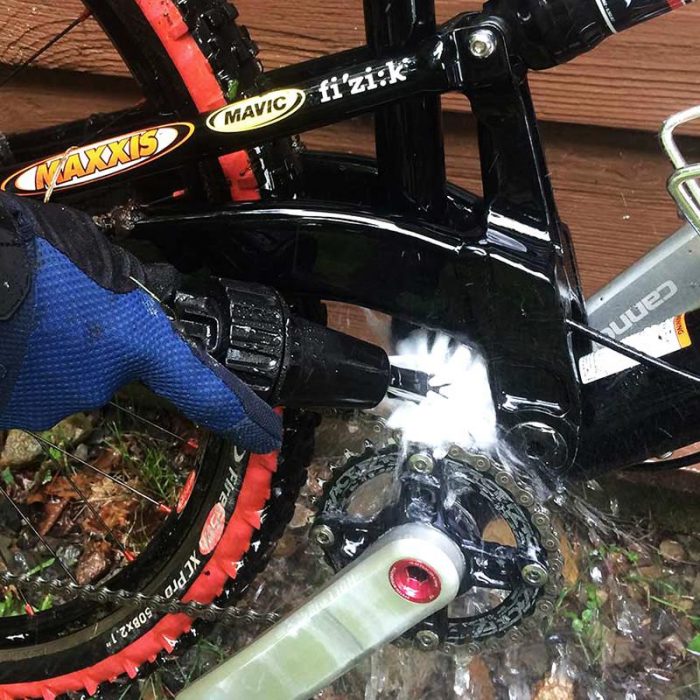 If your looking for a new tool to add to your arsenal of cleaning tools, take a look at this new product Brush Hero. A new lightweight detailing tool that uses water pressure alone to power its turbine and bust the grime in seconds. Initially created to clean cars, Brush Hero offers an array of custom cleaning accessories that make it perfect for cleaning your bike too. Brush Hero is a complete solution that lets you finally win the war on muck. 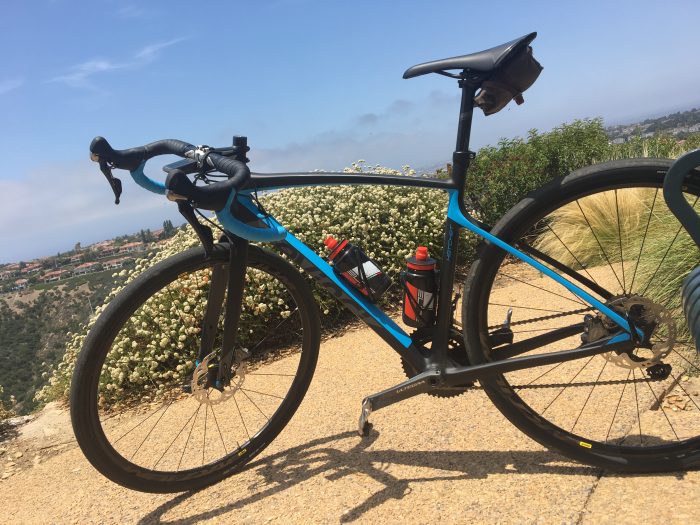 We have begun testing our latest test bike which is the Devinci Hatchet. The Hatchet is an all around style bike leaning in the gravel category. Tire clearance isn’t an issue on this bike as we currently have 40mm tires on it with room for bigger. 45mm tires are said to be not a problem in fitting in. Also on the Devinci are hydraulic disc brakes, threaded thru-axels, internal cabling and compact gearing. It is on the heavier side though at just over 19 lbs.

Look for our full review and break down in an upcoming magazine issue.

SAY HELLO TO TROY IN ICELAND

Well we finally have heard from one of our editor’s Troy Templin. Troy was getting over the heat here in California so he took a trip over to Iceland. He seem’s to have found so cooler temperatures and a bit of wind. I think I’ll take my sunscreen over that weather.