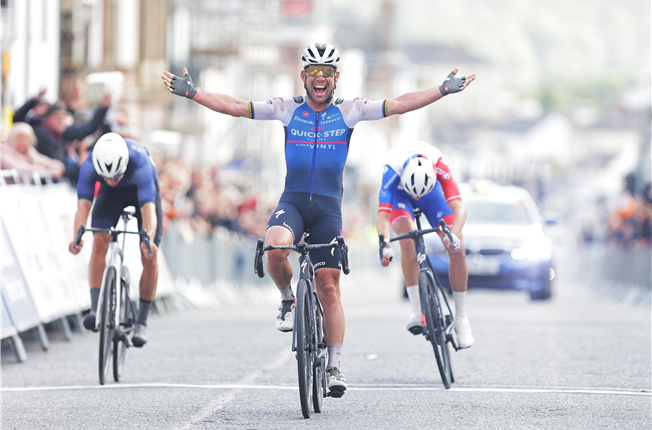 The fabled “Manx Missile” Mark Cavendish scored his 59th victory with the Quick-Step team when he claimed a second British title some nine years after he won his first. 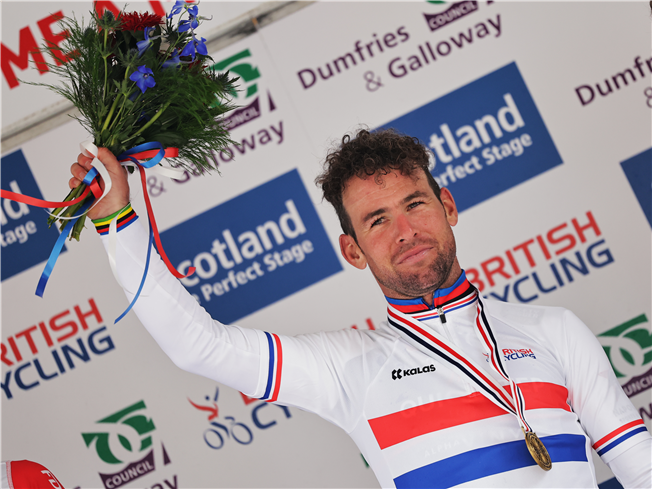 Since turning pro more than 15 years ago, Mark Cavendish has amassed 161 wins and many of these have become the stuff of legend. There’s his Milano-Sanremo triumph in 2009, when an astonishing burst of speed on Lungomare Italo Calvino made him a Monument winner. There’s the sprint in Copenhagen, which two years later earned him the rainbow stripes. There’s also the victory in Aubenas, where he made it over a tough climb close to the finish, or the one in Brive-la-Gaillarde, ten years ago, when he came from behind to overhaul the last member of the breakaway just 50 meters from the line.

As of Sunday, his second victory at the British National Championships has made its way on this impressive list, after what can be easily labelled as one of the most inspirational rides of Mark Cavendish’s career. In wet conditions that made for a chaotic and unpredictable race, the Manxman produced an amazing performance, attacking from the off and going in the first breakaway of the day.

The 201km course around Castle Douglas was an undulating one, and together with the miserable weather conditions, it played into the escapees’ favor, as the peloton found things difficult to control. When the group was eventually caught, Mark was the only one from that original move to go again in the newly-formed breakaway, which this time turned out to be the decisive one. The 37-year-old showed again that age is just a number as he went on the offensive several times, trying to reduce the group and open a potentially decisive gap.

On the final lap, they managed to dispatch two men from the group, which left only three riders in contention for the victory. Victorious four times this season before Sunday, Cavendish made use of his vast experience, leaving his opponents to sprint first, before surging past them and winning by more than a bike length.

“I am incredibly happy. To win my second National Champion jersey, nine years after the first one and again in Scotland, is amazing. The race was hard and full gas from the very beginning. I joined the break, then as soon as we got reeled in, I jumped again and did my best there, not sparing any effort. I had fire in the eyes the entire day and in the sprint I just my legs to do the talking. I am extremely happy with this victory and I can’t wait to wear with huge pride this jersey in the next twelve months”, said Mark after his fifth success of the year.