Chris Froome wrapped up a fourth Tour de France success Sunday as his Sky team dominated the three-week race once again. Sky riders have won the Tour de France in five of the last six years through Bradley Wiggins in 2012 and Froome in 2013, 2015, 2016 and this year.

The British outfit have managed to dominate through a combination of having the best rider and the strongest team around him that sets a punishing pace, particularly on tough mountain stages that discourages, or even prevents, his rivals from going on the attack. Sky’s Mikel Landa finished fourth overall, just one second off the podium, while 2014 world champion Michal Kwiatkowski was another of Froome’s domestiques. Pole Kwiatkowski impressed in all sorts of terrain this year and was arguably Froome’s most vital asset, even changing his wheel on one stage when the Briton had a mechanical problem and was in danger of losing ground to rivals racing ahead.

“If you’re looking for an all round rider then that’s Kwiatkowski,” said Froome. Almost no other team could afford to hire someone like Kwiatkowski to work as a domestique for an overall contender. Last year, French newspaper L’Equipe estimated Sky’s budget to be 35 million euros ($40.81m), almost three times that of AG2R, whose leader Romain Bardet finished third, and three and a half times that of Cannondale, whose Colombian rider Rigoberto Uran was second to Froome.

No other team has the same resources as Sky and some have suggested a budget cap would help level the playing field. But Froome said he would be against such a move. “I dont know if there are any other sports out there that have budget caps for teams,” said the 32-year-old. “If look at football, the best teams typically win the most. “They can afford to buy bigger and the best players — it’s a cycle. “It’s a similar thing in cycling. My team-mates have shown they’re the best team in this race. “We won the team classification, Mikel Landa just missed the podium. “That’s how it works: if teams are successful they’re able to reinvest funds and develop the sport further. “If you put a budget cap it doesn’t quite incentivise success. That’s the way it is in the moment.” 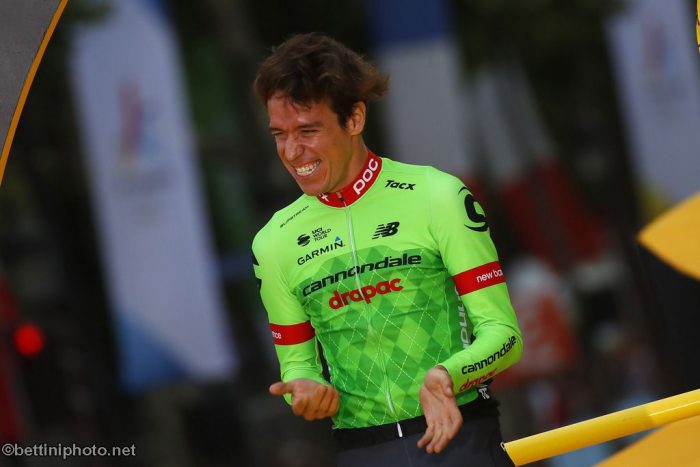 The lack of a budget cap means top teams like Sky can offer bigger salaries and attract top talent, who are then charged with helping Froome win the Tour. Several of Froome’s team-mates would be outright leaders in other teams, and in fact many go on to be exactly that when they leave. Uran was a Froome team-mate when the Briton finished fourth in the 2012 Vuelta a Espana before leaving just over a year later. He’s since finished second at the Giro d’Italia twice and now also the Tour.

Richie Porte helped Froome win two Tours and Wiggins one before moving on to BMC. The Australian was fifth in last year’s Tour and tipped to be Froome’s biggest challenger this year before crashing out. Landa will move on next year as he seeks a role as team leader, having finished third in the 2015 Giro and now fourth at the Tour. But whenever one potential overall contender leaves, Sky open their wallet and entice another. Dutchman Wout Poels was instrumental in Froome’s victory last year and would fall into that category.

He’s had an injury-disrupted season but if he comes back next year to perform at his 2016 level, when he won the Liege-Bastogne-Liege one-day classic, he too would likely attract overtures from teams looking for a Grand Tour leader. And if he does go, Sky will simply open the cheque book again, and the cycle will go on. 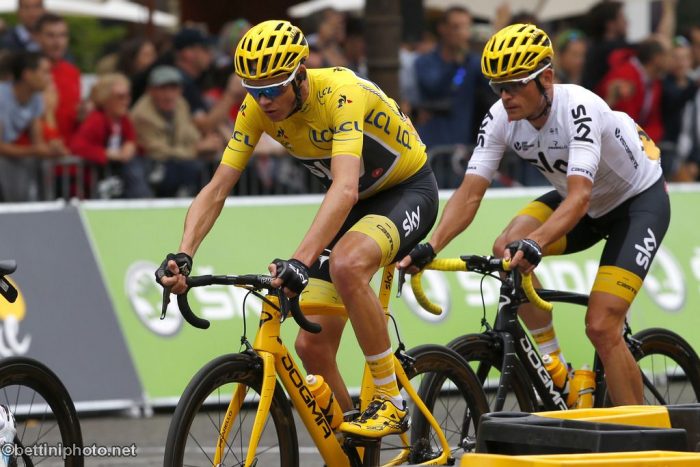