Organizers say that no clamp down on pro-Palestinian protestors 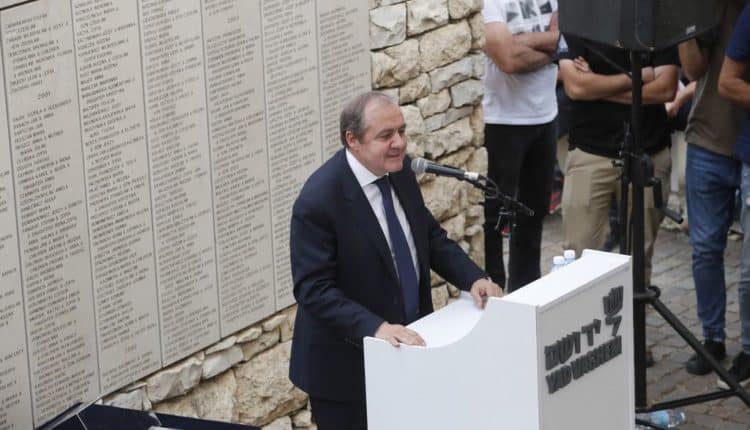 RBA/AFP – Giro d’Italia organisers insisted on Thursday there would be no clamp down on pro-Palestinian protestors and that the three days of racing in Israel would be safe.

The Italian tour organisers had come in for some criticism when announcing they would start the race in Jerusalem followed by two more stages in Israel before the Giro returns to its homeland and Sicily. But Daniel Benaim, head of the Giro’s local event organisers, said there was nothing to worry about, least of all potential militant attacks.

“I think you can really feel and know that you are (in a) safe country, this is what we wanted to show,” he said. “We are hosting sports events in Israel, this is the most democratic, safest country that can host such a safe event.” Benaim said Israeli police had stepped up video surveillance in every one of the stage towns involved on the first three days of racing, from Jerusalem to Haifa, Tel Aviv, Be’er Sheva and Eilat.

But he said that sport transcended politics and showed the world that people can put aside their differences when it comes to athletic endeavor. “We’ve done this year the Eurobasket competition, we’ve just finished about two weeks ago the European judo (championships), we’re hosting Argentina coming to play here before the World Cup,” he said.

“We are the ones doing it. We are facing all sorts of emails (but) this is what is so beautiful in sports: we are crossing religion and crossing politics.” As for any potential pro-Palestinian expression voiced by riders during the race, Giro director Mauro Vegni said there would be no curbs enforced on anyone.

“When we decided to start from Israel it was obvious there would be different points of view to ours,” said Vegni. “We came to Israel — and I’ve repeated this every time — to organize a great sports event.” He added: “We don’t have the desire or strength to enter a political discussion, it’s not our goal.

“Our only hope is to focus on the sporting side of the event. “It’s clear that with regards to absolute freedom of expression, if anyone wants to protest they will do so.”