The Vuelta a Espana 2021 will end outside Madrid for the first time since 2014, with explosive mountain finishes again a dominant part of the route, organizers announced on Thursday. Riders will depart on August 14 from the 800-year-old Burgos Cathedral and the winner will cross the line on September 5 in Santiago de Compostela.

In between, they will have to navigate 21 stages, across 3,300km of terrain, with Slovenian Primoz Roglic gunning for a third consecutive Vuelta crown. It means a return to the Vuelta’s traditional late summer slot, despite the success of last year’s race in October and November after it was shifted because of the coronavirus pandemic.

Stages in Portugal and France, as well the start in Holland, had to be cancelled in 2020 and it is no surprise this year’s event will take place entirely within Spanish borders.

Spain’s grand tour, one of three in the cycling calendar with the Giro d’Italia and Tour de France, is famous for its brutal climbs, and the mountain stages will again be pivotal.

This year’s route includes eight mountain finishes and 11 mountain stages, including a debut for the Asturian Gamoniteiru summit in Asturias. After an opening time trial through Burgos’ 13th-century Gothic cathedral, the Castilian capital will host two more stages before the first climb in Picon Blanco.

Riders will then descend south towards Castilla-La-Mancha and Valencia, where the first serious mountain stage will arrive in stage seven.

While last year’s race had a distinctly northern feel, the 2021 edition boasts a large section in Andalusia, beginning in stage nine with a 13km ascent and 13 percent incline to the top of Velefique.

A new section will wind along Andalusia’s Mediterranean coast before heading north through Jaen and Cordoba, and then into the mountains for the 14th stage and a finish at Pico Villuercas.

In the last week of the race, the peloton will return to the cooler north and the greener landscapes of Cantabria, Asturias and Galicia, with the 17th stage culminating in the Lakes of Covadonga after two climbs up the Collada Llomena.

The 18th stage could prove a crucial moment in the race, when riders will face the 1700m Alto del Gamoniteiru, with a brutal 15km climb, at inclines of 10 to 12 percent.

The race concludes with a 33.7km time trial between Padron and Santiago de Compostela. 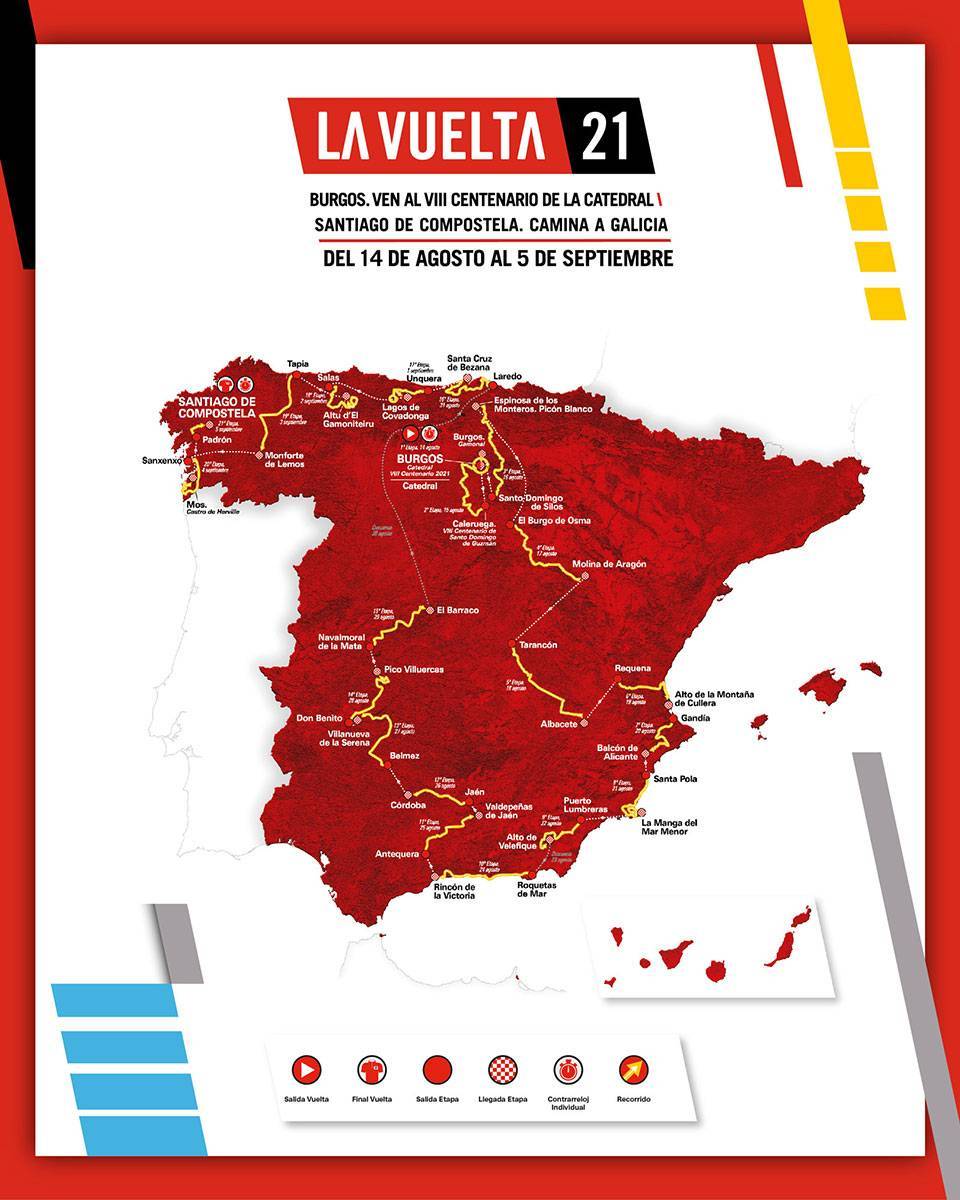