Orica’s Michael Matthews Out of Tour 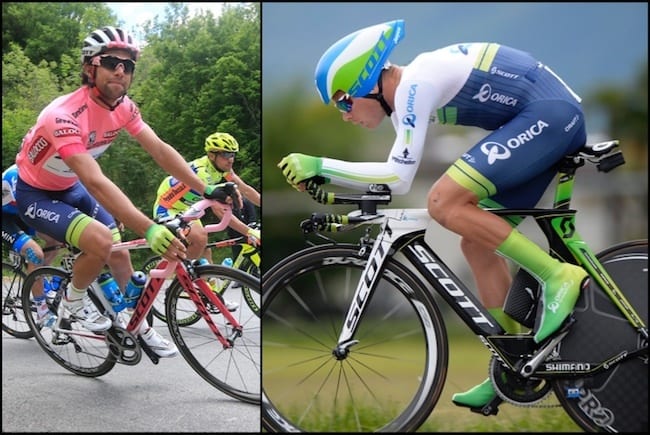 Share
Michael Matthews (left), who spent several days in the pink leader’s jersey at the 2014 Giro d’Italia, has pulled out of the Tour de France due to a recent crash in training. His replacement, Christian Meier (right) will be starting his first-ever Tour de France. (Photos: Bettini)

Australian Michael Matthews has had to pull out of the Tour de France, which begins in Leeds on Saturday, after crashing heavily in training. He has been replaced in the Australian Orica GreenEDGE team by Canadian Christian Meier. Matthews, a 23-year-old sprinter from Canberra, fell during a training ride at the beginning of the week, suffering cuts and abrasions down his left arm and leg. He also required six stitches in his palm. Meier, 29, had to fly in from Vancouver on Thursday night.

“It hasn’t really sunk in yet, it has been a little bit of a whirlwind 24 hours,” Meier said. “It’s not the way you want to start a Tour just because a guy is injured, but I have to say, as my first Tour I am extremely excited to start. It’s every bike rider’s dream to do the Tour de France one day and it’s unbelievable that it is happening.” The news further disrupts Orica’s Tour preparations, coming just a couple of days after they announced that South African Daryl Impey had failed a doping test. Last year Impey was the first ever African to wear the Tour’s fabled yellow jersey.