Joe Breeze's Hite-Rite was ahead of its time 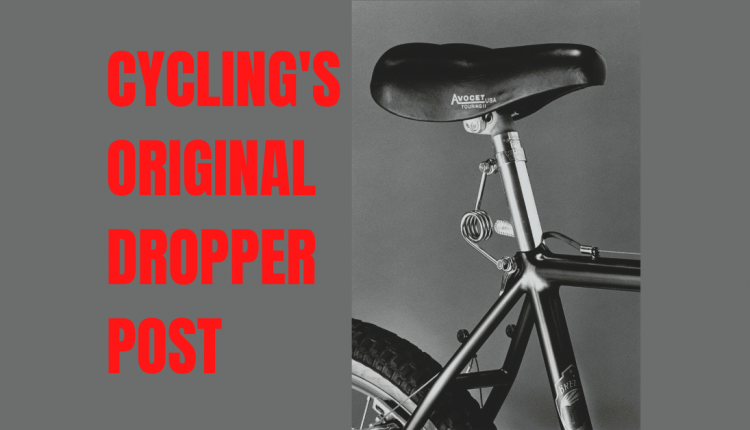 With all the recent chatter of dropper posts, we went into the archives and dug up this gem from our sister ‘zine Mountain Bike Action. Just like the origin of many design cues hitting the road and gravel bike market now, dropper posts were originally created to tackle the novel rigors of mountain bike riding decades ago. Here’s what MBA had to say about the history of the modulating seat post.

Back in 1984, Joe Breeze and Josh Angell came out with the Hite-Rite, a seatpost accessory that would let mountain bikers raise or lower their saddles in a few seconds, even while riding. They were marketed with the tagline, “Descend with conviction.”

Much like today, mountain bikers of the 1980s liked to raise their saddles for long climbs and lower them for tricky descents. For Breeze (the man who built what is generally considered the world’s first mountain bike), an accessory that could make it easier for riders to make those saddle adjustments faster was something any mountain biker could appreciate.

Joe and his friend Josh Angell came up with a spring that fastened on both the frame and seatpost. The quick-release lever was used to loosen or tighten the Hite-Rite. Once the kit was installed, riders could adjust their saddle height whenever they wanted, often even while riding.

The steel Hite-Rite design came in three different models—Race, Standard and Extra-Long—which offered 1 1/2, 2 1/2 and 4 1/2 inches of seat-height adjustment, respectively. The Hite-Rite kit (with spring, ring clamp and other hardware) would add roughly 80, 100 or 140 grams (about 3, 4 or 5 ounces) to a bike, depending on the amount of rise chosen.

The pro racers started using them first, and then others followed. “I sold a quarter-million of those before 1990,” Breeze told MBA.

Breeze and Angell’s invention worked much like a modern-day dropper post, but only added a few ounces to the weight of a bike since it lacked both the handlebar cable and remote. Most racers in the mid to late 1980s felt they were well-worth the few extra ounces in weight they would add to a bike.

Unfortunately for Joe Breeze, change in the sport suddenly undermined the market for his invention. Race promoters started shortening the courses at cross-country races, making riders do shorter laps in order to make the racing more spectator-friendly.

With that change, Joe tells us, racers no longer had enough time to adjust their saddle heights during races, so they stopped using the Hite-Rites. Once the public stopped seeing Hite-Rites on the top riders’ bikes, sales dried up.

This spring, Joe Breeze told us he still had several hundred of his original Hite-Rites in his possession, but they are starting to disappear. Joe’s son Tommy recently began selling them on eBay, still in the original packaging, and vintage bike enthusiasts began snapping them up. The Hite-Rites are selling for $48 apiece now (based on the original price of $19.95, adjusted for inflation).