Our 12 Favorite Photos From Stage 4 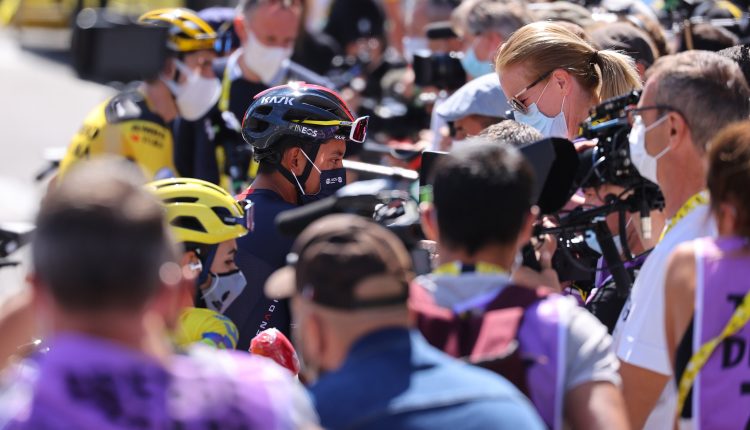 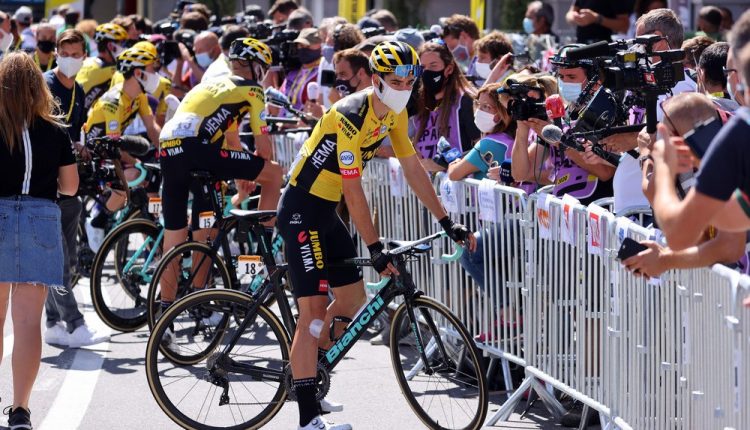 With only 97 miles on the schedule, the peloton remained relaxed until the climbs. 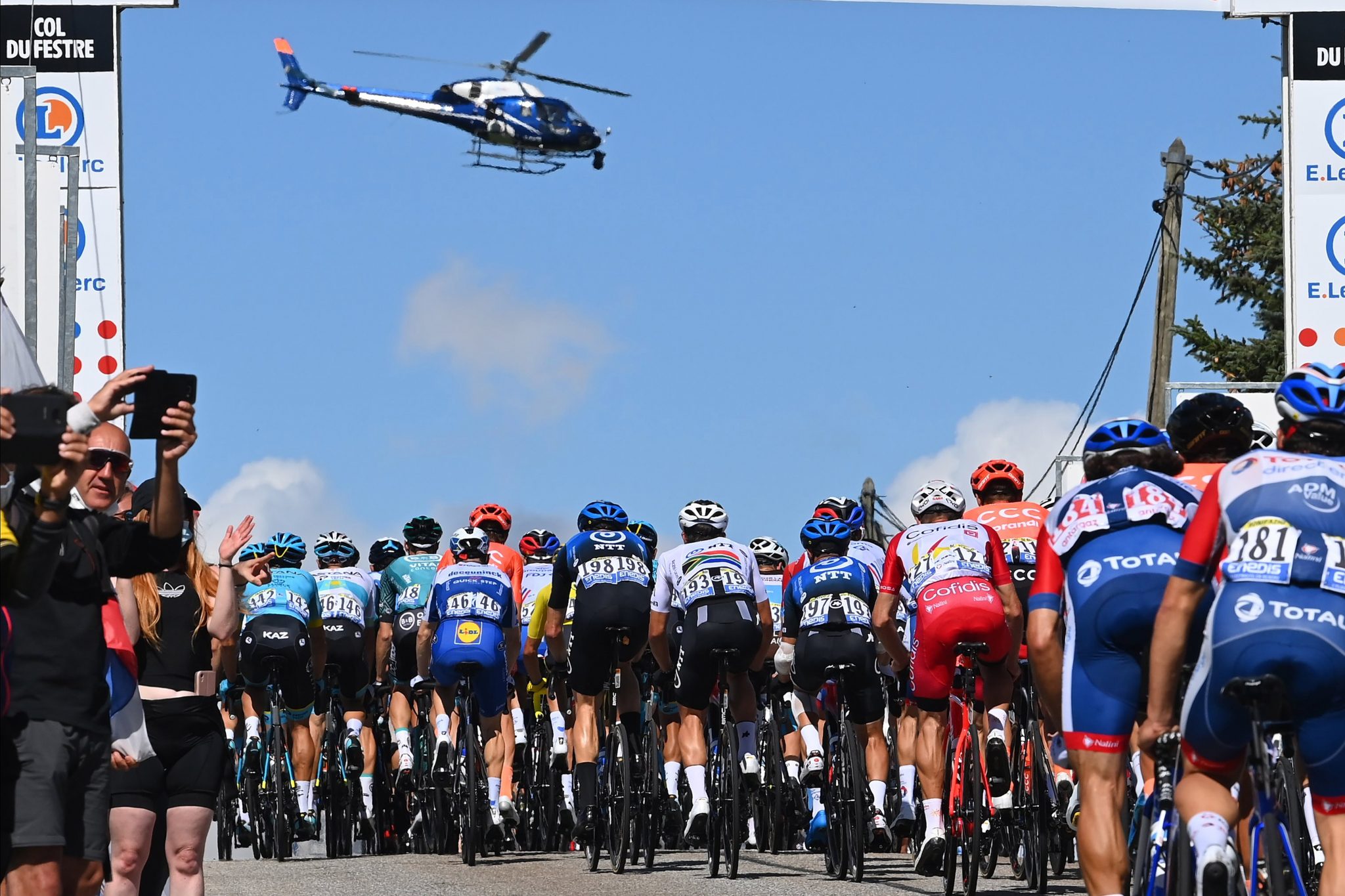 Riders conquered the Col du Festre, the first categorized climb of the day as they winded their way through the Alps to the first summit finish of the Tour.

Race Leader Julian Alaphilippe and his deceuninck Quick Step team covered early moves and held the race in check until the final climb to the summit of Orciceres-Merlette. 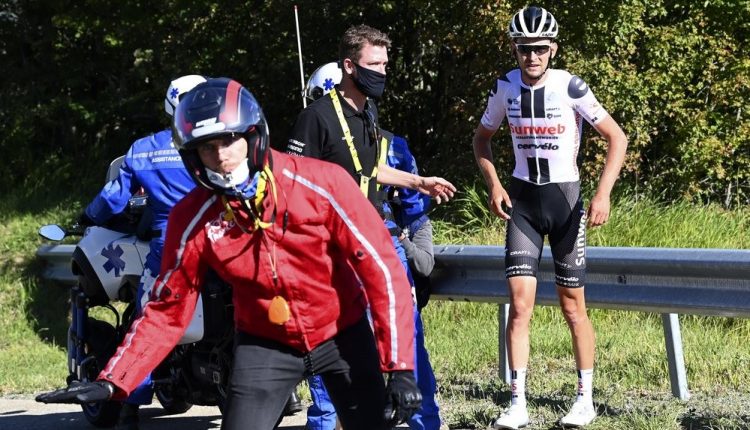 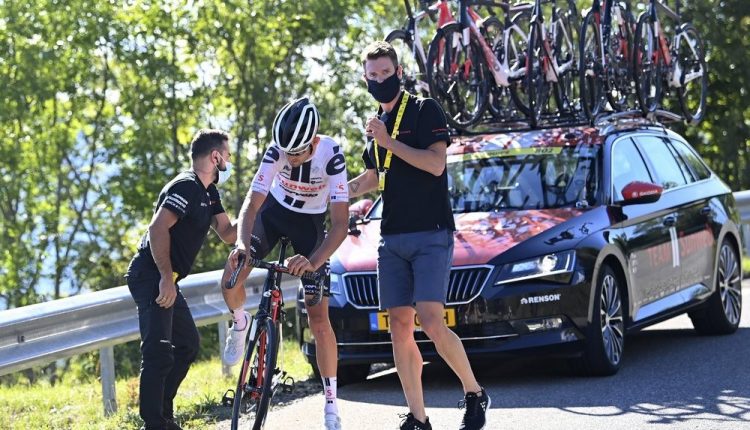 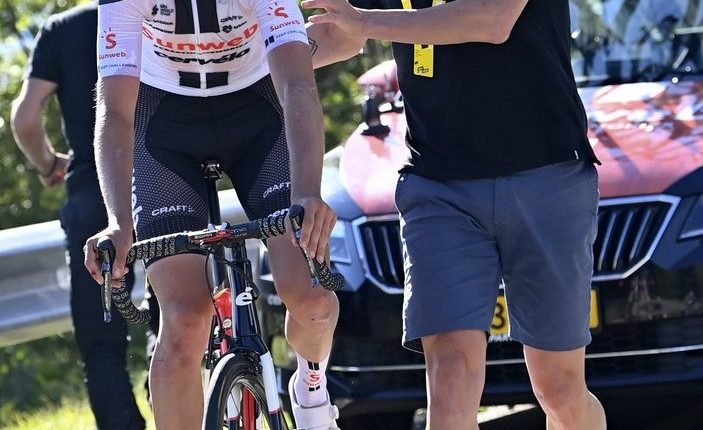 Tiesj Benoot had a close shave, he 26-year-old Belgian was part of the escape group flying downhill when he hit a roadside barrier and skidded along it until his saddle snapped off and he flew head-over-heels into a field, escaping without a scratch.

Wout van Aert and Jumbo Visma took control in the final miles. Primoz Roglic made the most of his teammate’s pace to secure the overall win.

The Alpine summit stage was billed as the moment the true form of the various contenders would be revealed on the 7.1km climb to the ski resort of Orcieres-Merlette at a 6.7% average incline. It was here in 1971 the great Spanish climber Luis Ocana beat Eddy Merckx by nine minutes, but there was nothing resembling that this year despite the desperate jostling and posturing over the final kilometre.

Hotly-tipped Tour de France contender Primoz Roglic won Tuesday’s stage four on the race’s first summit finish but failed to drop any of his key rivals in the process, including overall leader Julian Alaphilippe. On a perfect day for racing the Vuelta a Espana champion edged home his Slovenian compatriot Tadej Pogacar in second, while Guillaume Martin was third after the 97.5mile rolling run to the 6000ft altitude finish line.

The one weapon Roglic has in his armory is his fabulous strength to allow him an irresistible late kick, and while he used this to win, defending champion Egan Bernal and fancied Frenchman Thibaut Pinot also held on.

“It was quite a hard day actually and it was a nice win,” said former ski-jumper Roglic, who has kept a low profile since a horrible skid saw him lose a great deal of skin in his last race.

“I was very happy to win, but I have to accept he’s still in yellow,” he said of Frenchman Alaphilippe.