Swiss youngster Stefan Bissegger made a statement as he won the Paris-Nice time trial on Tuesday to take the overall race lead in his first World Tour season. The 22-year-old Education First rider completed the 14.4 kilometer circuit, that began and ended in Gien, in 17:34 to edge French time trial champion Remi Cavagna by 0.83sec.

“I’m quite young so I still have to establish myself to the others. So I think I showed in this time trial that I’m here and that they have to be aware of me,” Bissegger said at the finish of the third stage.

“It makes me happy (to beat Roglic),” Bissegger said.

“Time trials are really my thing. I come from track and the short, punchy stuff is really good for me. It feels really good to show what I’m capable of.”

Cavagna of Deceuninck-Quick-Step is second overall on the same time as Bissegger.

Slovenian Roglic of is 6 seconds back with another 22-year-old Brandon McNulty fourth at 9 seconds. British Giro d’Italia winner Tao Geoghegan Hart is 38th at 44 seconds back.

Cavagna missed out on a stage victory and the overall lead by less than a second.

“It was a nice time-trial, but it was really infuriating,” he said. “That one second, I see it everywhere. I had to brake at the end when I caught the rider in front of me on a bend. That’s the race!”

Roglic said he was satisfied with his day’s work.

“I am really happy with my performance today.”

McNulty, who rides for UAE Team Emirates, was fourth in the time trial.

“I am really happy with this time trial, my first one of the year,” he said. “I think it’s a good result and I can’t wait to continue this way for the rest of the week.”

Bissegger, a silver medalist at the 2019 U23 World Championship, turns 23 on Saturday, the penultimate day of the race.

He made his World Tour debut on the UAE Tour in February, where he finished second in the time trial.

“Second big stage race of the year and second of my career,” said Bissegger as he prepared to put on the overall leader’s yellow jersey.

“So it feels really nice to be in this position.”

On Wednesday, stage four runs 187.5km from Chalon-sur-Saone to Chiroubles, climbs Mount Brouilly twice and concludes with a 7.3km ascent in the Beaujolais mountains. 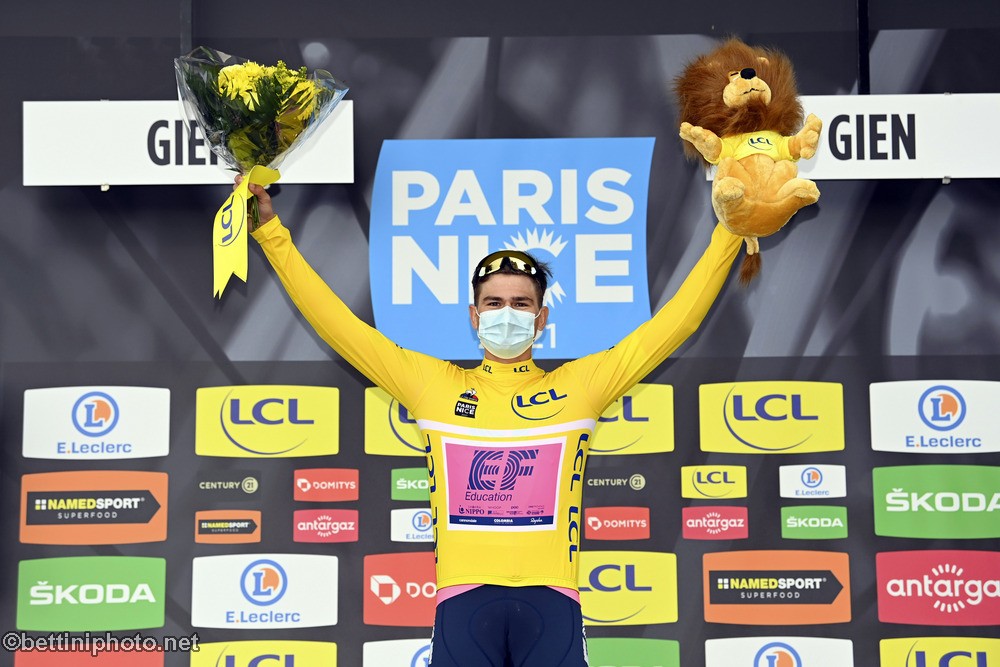