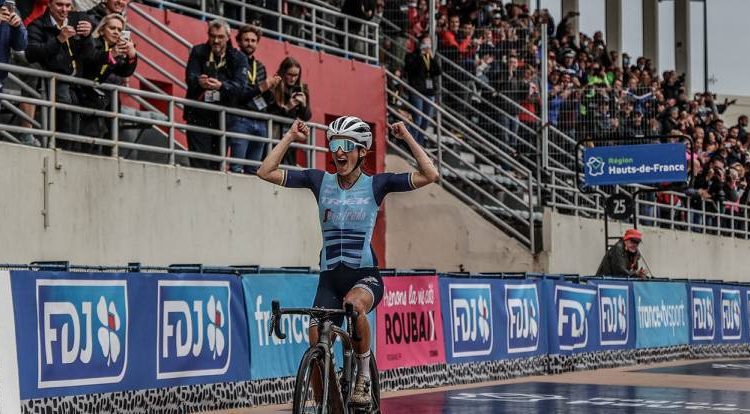 “I’m so proud I can say I’m the first ever winner,” she said on the eve of the 118th edition of the men’s race.

Of the 129 women who embarked on the arduous course, 105 eventually crossed the line with 24 pulling out along the way. Trek-Segafredo rider Deignan broke away even before the race reached any of the 30 cobbled sections, totaling 18 miles of rough-hewn stones in Picardy, and rode confidently even when her back wheel spun out of control in mud. With the riders spread out over the course, Dutch star Vos accelerated in pursuit of Deignan with 18km to go, sparking a nasty series of falls among the riders behind her on mud-slick cobbles. The race itself was originally scheduled for April 2020, then put back to April 2021 only to be postponed a second time due to Covid-19.