Italy’s Matteo Trentin continued his fine season by winning the historic Paris-Tours one-day classic race on Sunday. The 28-year-old won four stages of the Vuelta a Espana and was fourth at last month’s World Championship road race in Bergen, Norway.

He took advantage of team tactics on the 234.5km race to pip Denmark’s Soren Andersen on the line, with his Quick-Step team-mate Niki Terpstra third. It was Trentin’s second Paris-Tour win in three years and Quick-Step’s third in a row after Colombian Fernando Gaviria triumphed last year.

Paris-Tours is one of the world’s oldest bike races having first been held in 1896. This was its 111th edition. 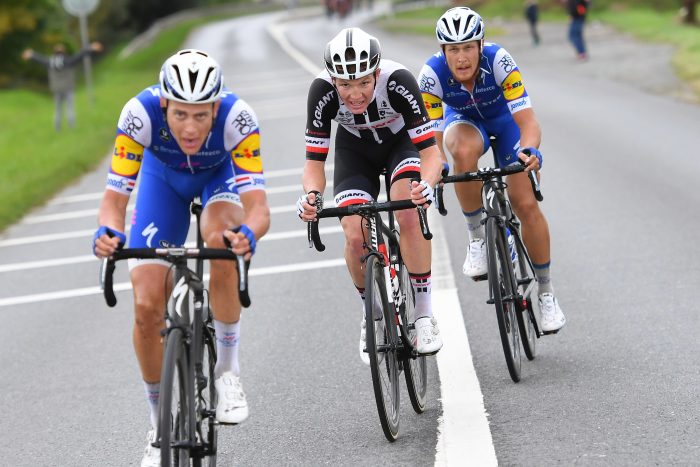 Gilbert Gets Back to Pedaling After Terrifying Tour Crash