Czech rider Josef Cerny made a solo break at the end of a 19th stage radically shortened after a rider protest in lashing rain on Friday forced organizers to more than halve its distance to 124km. The 27-year-old Cerny covered the curtailed course like a time trial at a remarkable average speed of more than 49km an hour. He powered through the final 23km kilometers alone to win a farewell victory for the CCC team sponsor which leaves the sport after this season.

Wilco Kelderman retained the overall lead by a handful of seconds and should be better prepared for the crucial stage 20 on Saturday after a relatively easy day in the saddle as the rider protest and rain led organizers to cut 134km off the original route.

Saturday’s mountain stage and an individual time-trial in Milan on Sunday offer a testing finish to a tight battle for the overall title between Kelderman, in the pink jersey, his Australian team-mate Jai Hindley, who is 12 seconds behind, and Ineos breakout man Tao Geoghegan Hart in third, just 15 seconds off the lead.

The British rider made a bid to reduce the gap late Friday with a last gasp push for the line but failed to drop his watchful rivals. 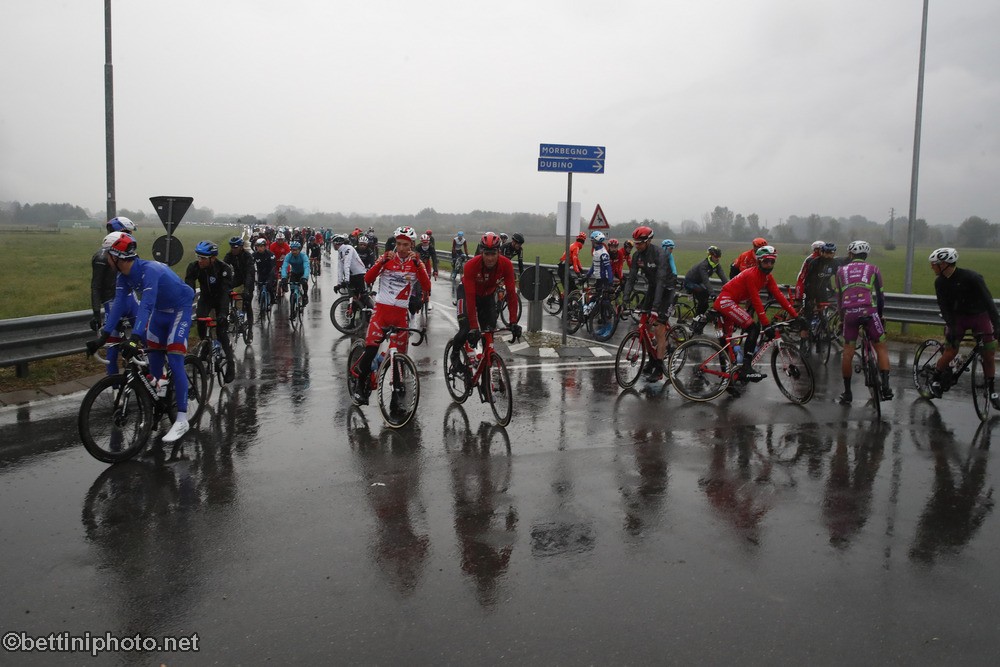 Cerny’s powerful break from 23km out proved too much for the other escapees, including time-trial specialist Victor Campenaerts, who made a late, doomed, bid to catch up.

The day started with riders protesting against the longest stage of the Giro as rain poured down. Eight kilometres into the day the organizers neutralized the race and the riders got back on their team buses.

A 124km run to Morbegno embarked from Abbiategrasso with an escape group quickly forming and pulling ten minutes ahead with the peloton, which was enjoying a day of relative rest.