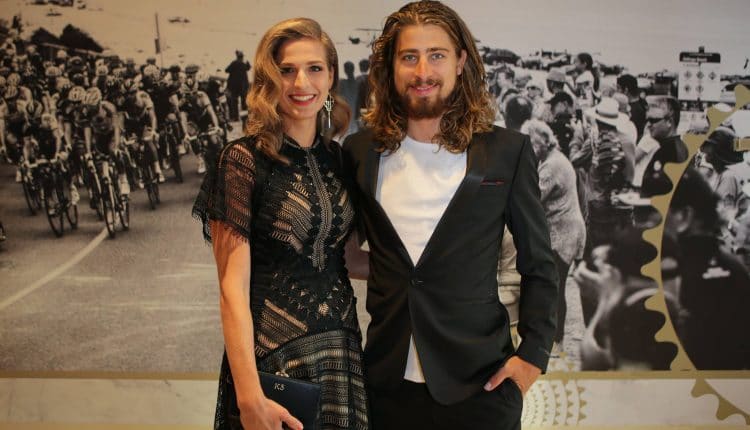 From outside looking in, if you were to judge Peter Sagan’s current Tour de France you would believe everything is going to plan. At the half way mark Sagan has won two stages, and already has a commanding lead in the sprint point competition.

Behind the scenes though there will be a change for Sagan. Today he announced via his facebook that he and his wife Kate will be getting a divorce. The couple have been married just shy of three years and had a son this past October. 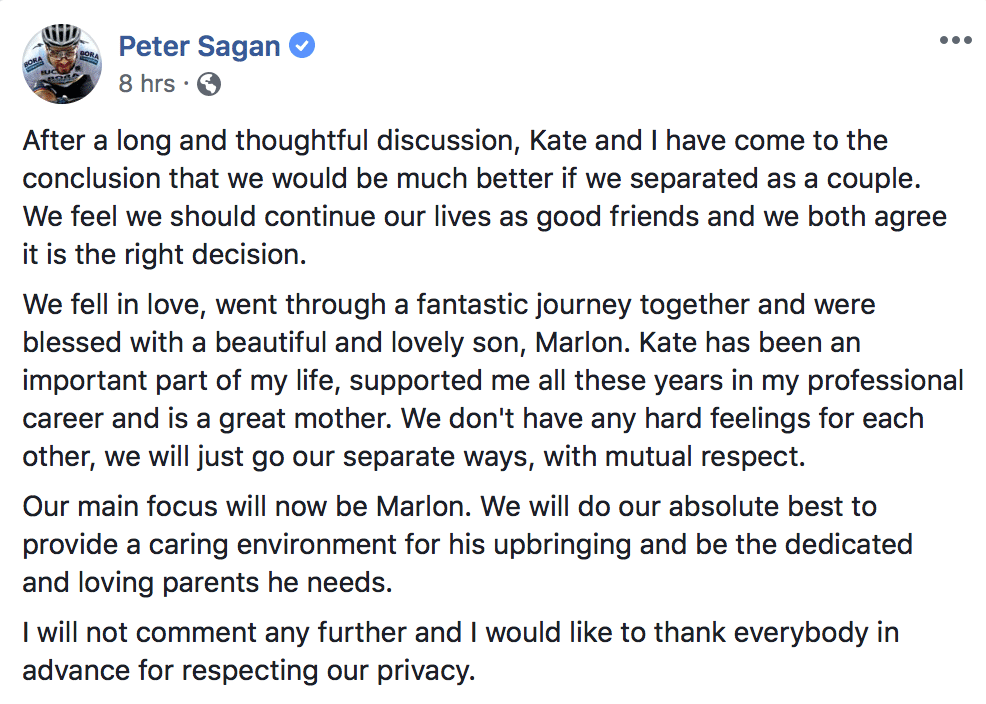 Froome still ‘the leader’ as triumphant Thomas pulls on yellow