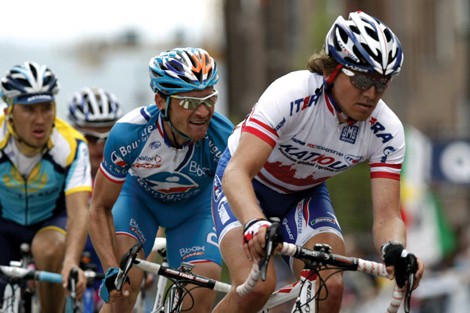 Pfannberger Gets Lifetime Ban
Austrian cyclist Christian Pfannberger has received a lifelong ban for repeated doping offenses, the national anti-doping agency announced on Saturday. Pfannberger, 30, tested positive in March for the banned blood booster EPO (erythropoietin) as he prepared to start in the three-week Tour of Italy as part of the Russian Katusha cycling team. The team subsequently suspended Pfannberger.

The two-time Austrian champion had already been banned between 2004 and 2006 after testing positive for testosterone. 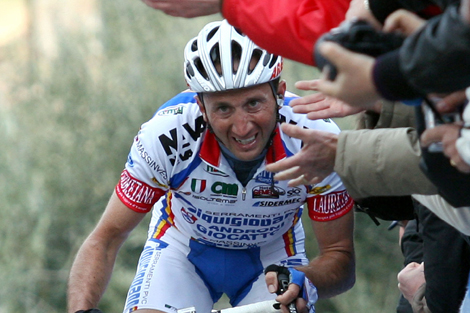 The Italian cyclist, who won a silver medal at the Beijing Olympics tested positive for CERA, the third generation of EPO, in Beijing. It was announced on Thursday that the International Cycling Union (UCI) was stripping Rebellin of his medal.

CONI wants compensation from the 38-year-old rider, claiming its image as suffered due to his positive test. Along with his two-year suspension CONI wants Rebellin to pay 75,000 euros.

Selvaggi to Astana
Italian Mirko Selvaggi will join the Astana team for 2010. Selvaggi, a third year professional makes the move along with his directeur sportif, Giuseppe Martinelli. Selvaggi’s former team Amica Chips was force to cut its 2009 season short after the International Cycling Union (UCI) suspended it in May.

In 2008 he rode for the Collstrop team, where he took part in several classics including Lige-Bastogne-Lige, Flche Wallonne, Gent-Wevelgem, Tour of Flanders and Het Volk.

After two legs, Australia lead the overall World Cup standings with 210 points, 11 points ahead of Britain (199) with Germany (189) third. Meares, who won the 500m-time trial in the second-fastest time in history at 33.583 seconds, came away with three gold medals at the event following her earlier victory in the sprint. Lithuanian Simona Krupeckaite holds the 500m-time trial world record at 33.296. Meares came from the rear of the field with two laps left in the six-lap keirin to shade her Chinese rival Guo Shuang and Christin Muche of Germany in the final.

“I was really quite worried about the load this evening and once the 500 (time trial) was out the way, I really didn’t get the chance to celebrate, I was straight into the mindset of the keirin,” Meares said. “I was tired, I was hurting, but I actually felt half decent.”

The keirin win was particularly significant for Meares because she suffered a serious neck injury in a race fall in January last year and it was only the second time she has won a World Cup keirin gold medal. Shane Perkins, riding for the Australian Jayco professional team, beat Frenchman Kevin Sireau two heats to nil to take out the men’s sprint.

New Zealand won two gold medals on the final night in the women’s team pursuit and men’s madison. The New Zealand team of Kaytee Boyd, Lauren Ellis and Alison Shanks clocked 3:24.771 in beating Britain and Australia in the women’s team pursuit, while Marc Ryan and Thomas Scully combined to win the madison from Germany and Ukraine. The Kiwis finished second overall to Australia in the Melbourne leg with Germany third.

The third World Cup leg will be staged in Cali, Colombia, from December 10-12.