Frenchman Julian Alaphilippe dusted himself off from a fall to claim the first yellow jersey of the Tour de France on Saturday, winning stage one by a clear margin on a crash-marred opening day. The peloton embarked on the 2021 Tour from the industrial shipyards of this fortified naval stronghold at the western tip of the country to the sound of bagpipes, with hordes of unmasked fans decked out in red-and-white polka dot caps to accompany the black-and-white flag of this fiercely independent region.

World champion Alaphilippe was a pre-race favorite due to the final climb and he shot up the ascent to take 10 bonus seconds at the finish line and also end another 12 seconds ahead of his nearest challenger.

“I was in a great position at the bottom of the last hill, and I accelerated to drop all the sprinters who wanted to win, and then see who was left,” Alaphilippe explained.

“We had been planning it and I’ve been thinking about it since we got to Brittany.” 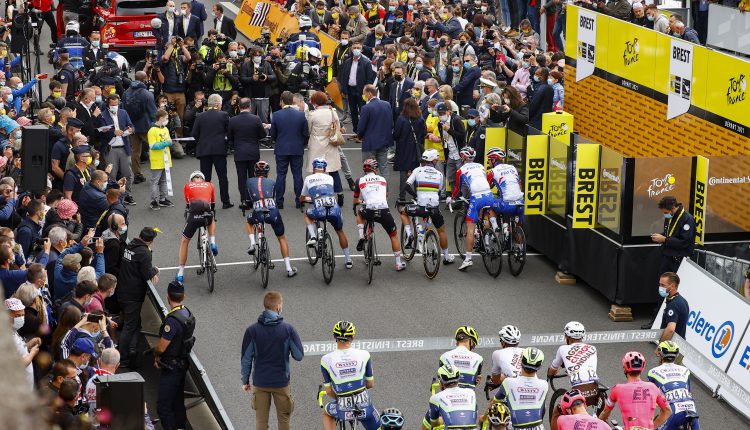 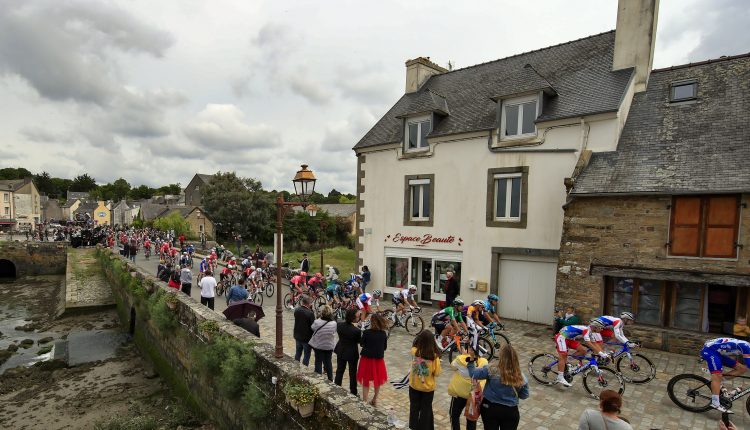 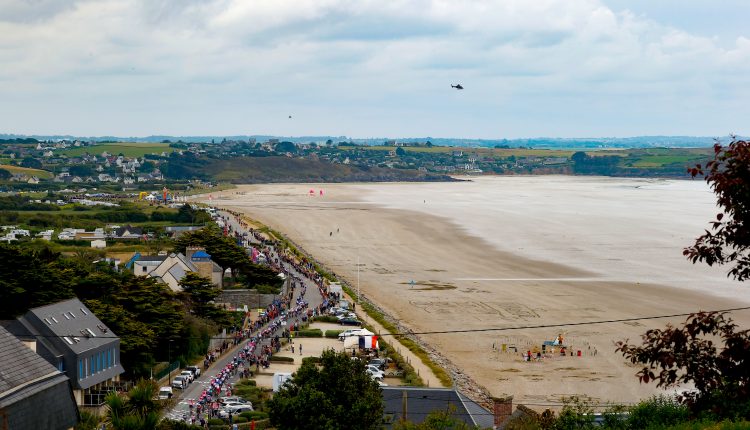 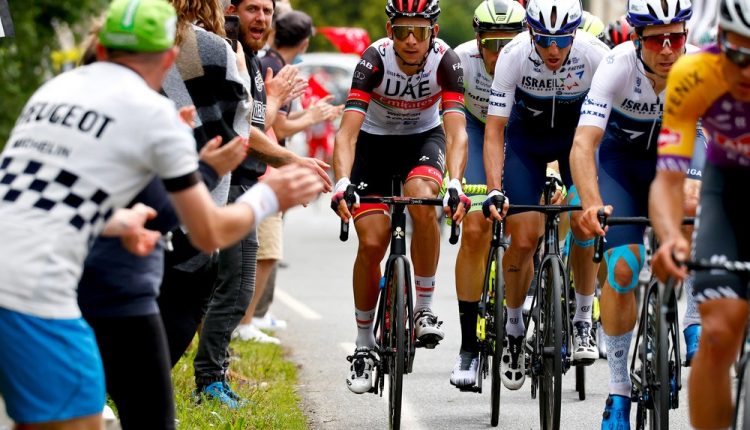 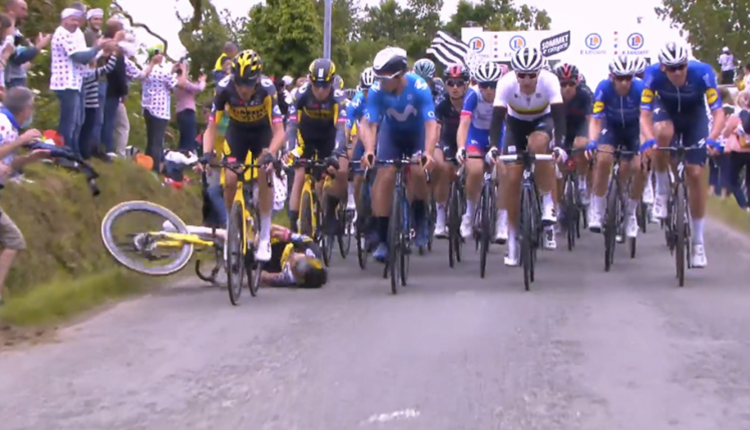 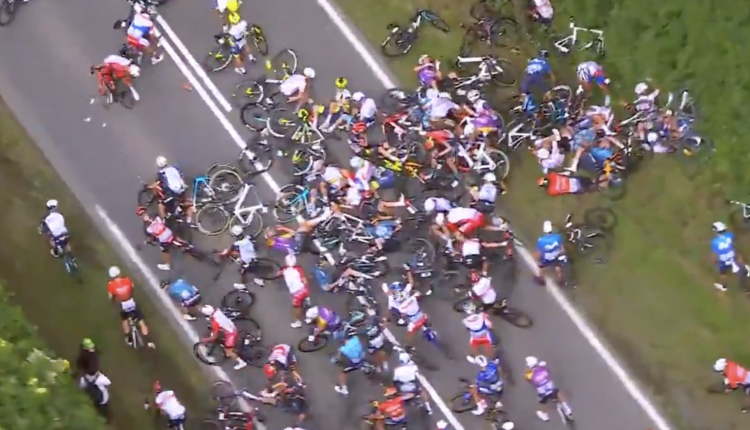 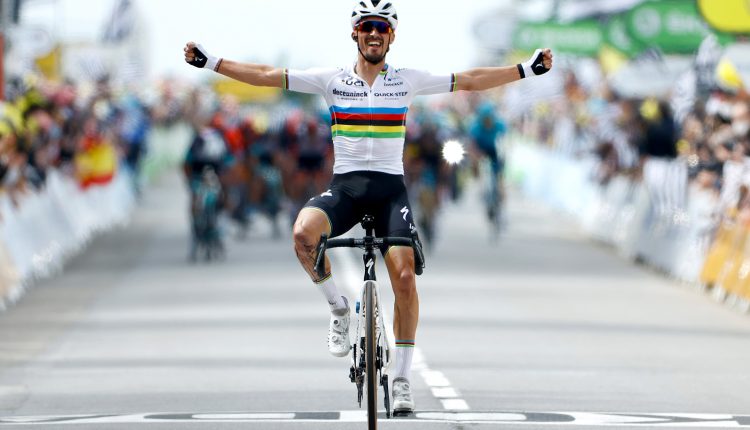 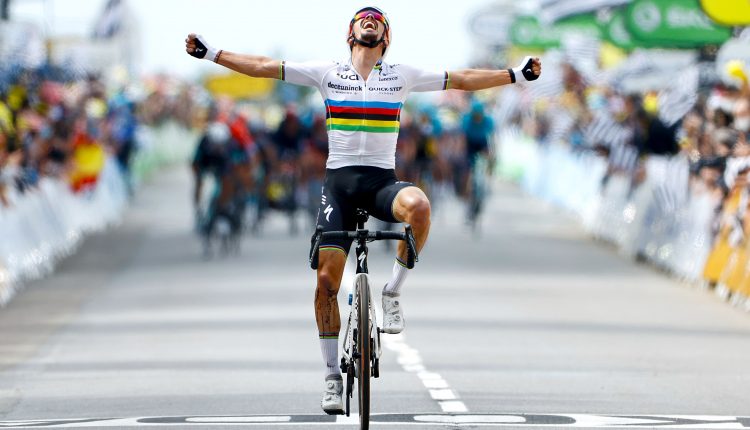 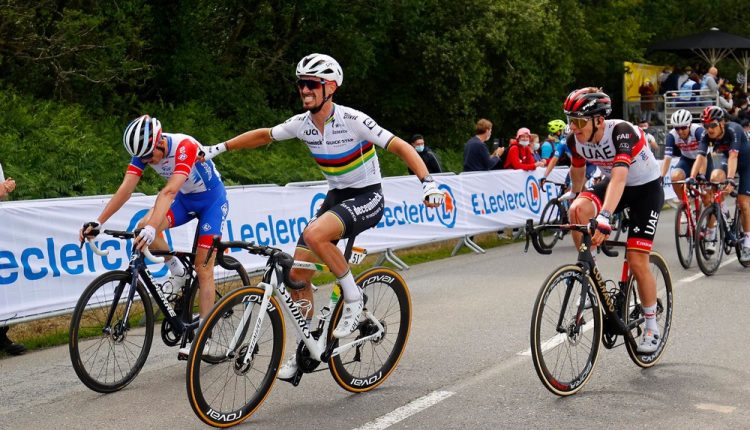 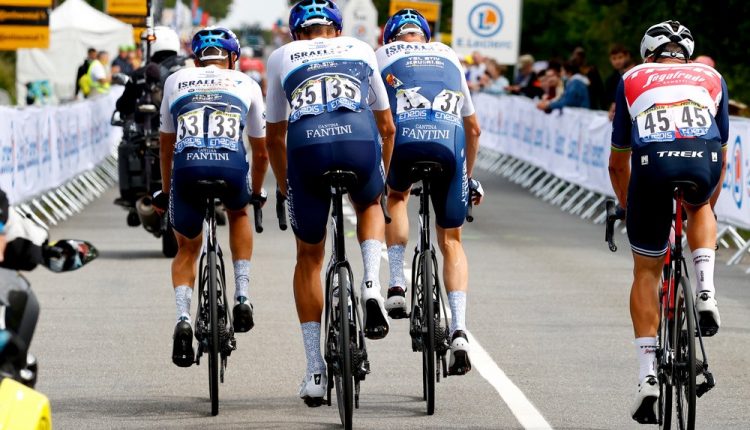 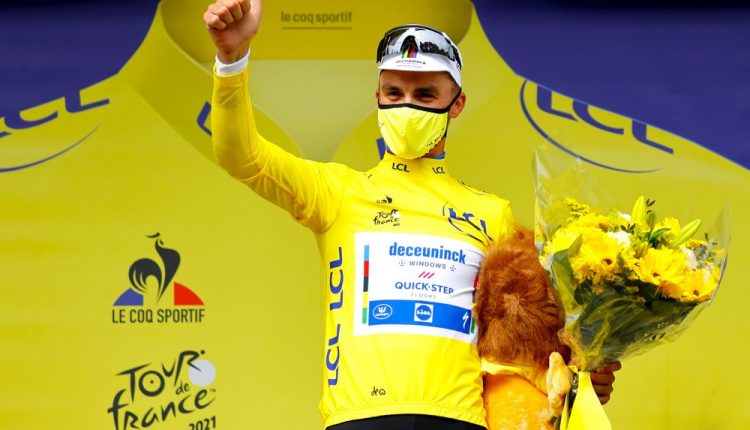 Australia’s Michael Matthews was second at 12 seconds while Slovenia’s Primoz Roglic came third and is in the same position in the overall standings 14 seconds down on the leader.

Crossing the line in his world champion’s rainbow jersey Alaphilippe put his thumb in his mouth in honour of his newborn son with his partner Marion Rousse, a former professional cyclist and now commentator.

Asked if he would give the toy lion offered to winners to his son,

Alaphilippe laughed: “He prefers something else, but if I left home to come on the Tour with a newborn at home, then this win was a good reason.”

Ineos Grenadiers leader Geraint Thomas and defending champion Tadej Pogacar were just behind the group on a hugely stressful finish with major time gaps at stake that almost certainly led to the second of two mass falls on the day.

The first was caused by a fan brandishing a cardboard banner trying to get on television, the second by a technical error at high speed as riders jostled for position at the foot of the final slope.

Alaphilippe is no stranger to the yellow jersey having spent much of the 2019 Tour in the lead before finishing fifth overall.

“The day I have to give up the yellow jersey, I can put my world champion one back on,” Alaphilippe said on Saturday, refusing to be drawn on how he might fare on Sunday’s similar stage that ends at the Mur (wall) de Bretagne climb.

As the peloton left Brest, where former President Francois Hollande and Paris Mayor Anne Hidalgo saw them off, the familiar sight of British team Ineos at the front of the peloton returned after they had ceded their place to Roglic’s Jumbo last year.

Ineos, Jumbo and the team of UAE leader Tadej Pogacar however would be caught cold not by the tricky conditions caused at the massive 10 mile-long Bay of Douarnenez with its four broad, windswept beaches, but by two spectacular falls.

The first involved around half of the Tour de France peloton and sent a stark warning to roadside fans trying to get themselves on television, leaving a German woman in deep distress for having held out a sign for the cameras  that sent a domino like mass fall rippling through the pack.

“We are all happy to see fans back on the roadside, but I call on fans to be more careful,” Alaphilippe said.

He was also in the heart of the acceleration before that caused the second spill as contenders jostled for position before Alaphilippe’s jaw dropping ascent to this colourful stage win with its hilltop triumph.

Stage 2 will take the peloton 114 miles over rolling hills as the race head inland to finish on the Mud de Bretagne.

TWEET OF THE DAY: JASPER STUYVEN’S WARNING FOR ROADSIDE SPECTATORS