Bahrain Victorious’ Slovenian rider Matej Mohoric won stage 19 of the Tour de France on Friday, a day after his team hotel and bus were subject to an anti-doping raid. It was Mohoric’s second win on this edition of the Tour, and was achieved after he joined an early break and then broke clear for a solo win at Libourne, with the main peloton several minutes adrift. Mohoric made a gesture at the finish line running a finger across his lips horizontally as if he were closing a zip, after the team’s third victory of this year’s race.

Overall leader Tadej Pogacar’s UAE Team led the peloton over the line 20:49 later with no change in the overall top ten ahead of Saturday’s decisive 18 mile individual time-trial.

Mohoric said his gesture was meant as a message for people to be careful about jumping to conclusions.

“It was a sign to show all people to be mindful that we are making sacrifices with our work away from home and family and on training camps, we have a good level here and also had it in the past,” he said. 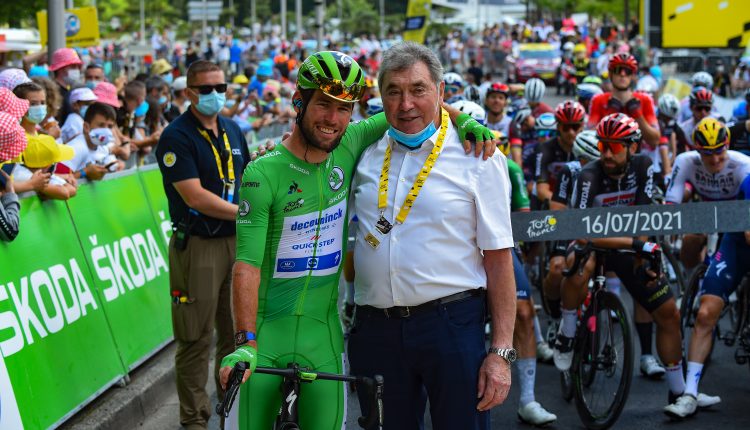 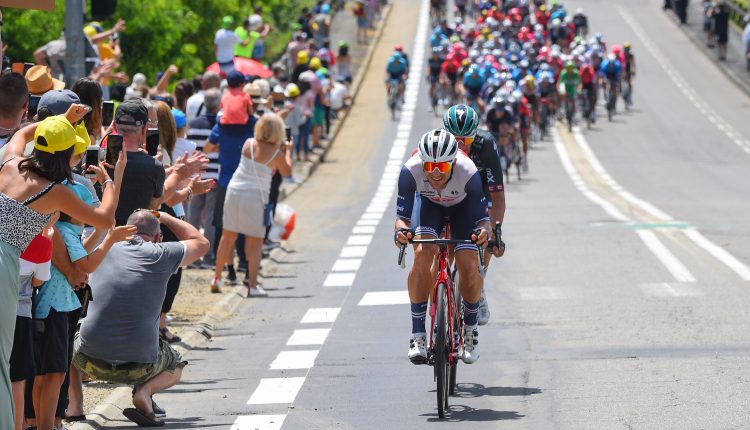 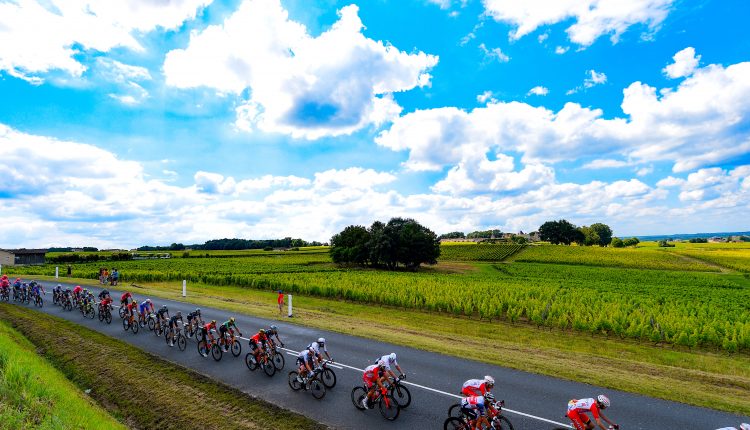 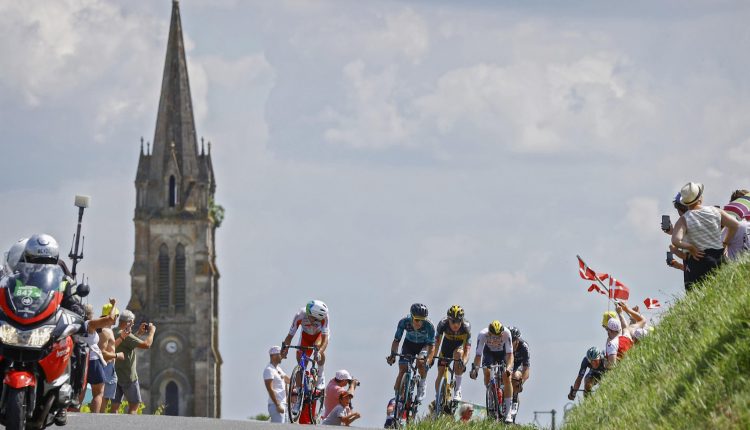 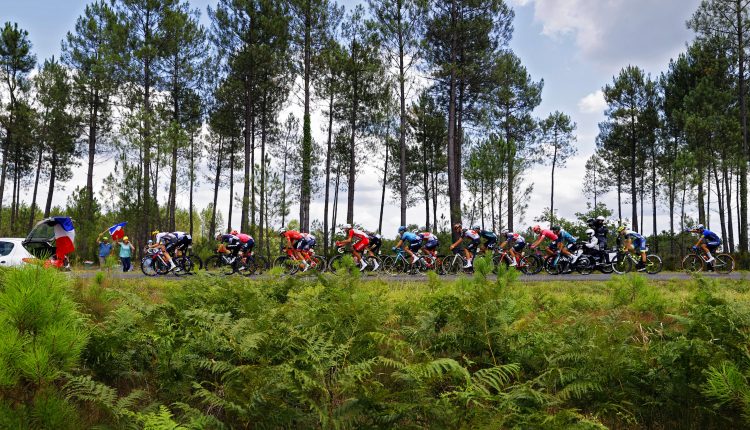 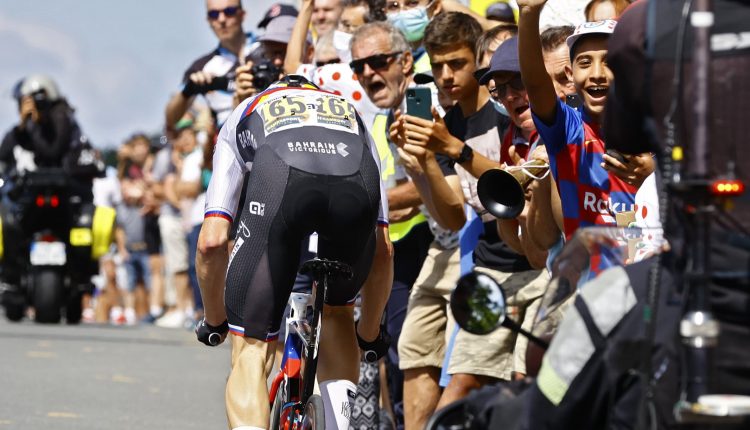 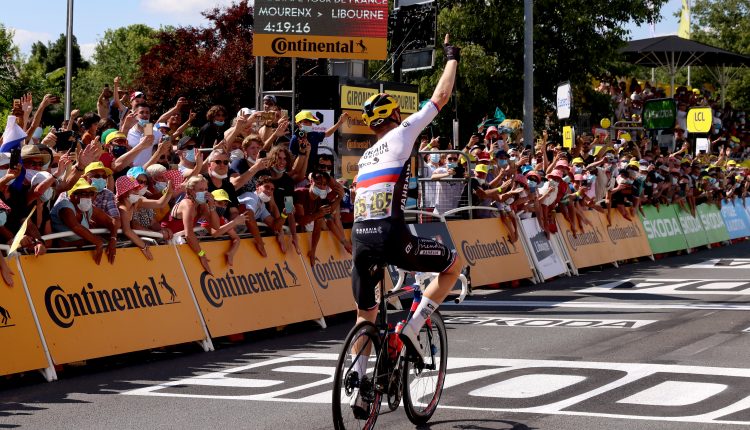 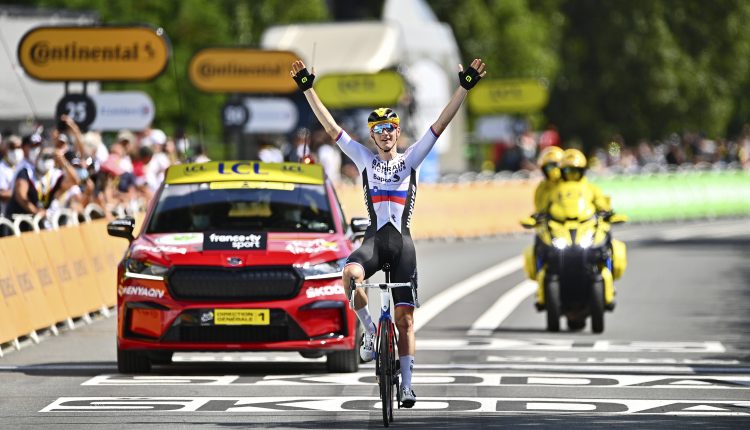 The 26-year-old former junior world champion was trying to remain positive after the police raid, although he admitted it was deeply upsetting at the time.

“If someone needs to go through my stuff and take my phone, well if this eventually proves my innocence then so much the better,” he said.

“I felt weird about my integrity being questioned, but then I felt it was good for the integrity of a sport that has had big problems in the past,” he said.

Mohoric said that he felt the raid had helped unite his team.

“We are so determined to show we have nothing to hide. We are here to focus on a bike race and show we are one of the best teams in the world,” he said.

The winner raced the 129 miles at a high average speed of nearly 30mph, often riding into a head-wind through the Bordeaux vineyards, and as well as winning the stage he also took the combativity award.

Christophe Laporte of Cofidis was second at 58sec and Casper Pedersen of DSM was third on the day.

The 19th stage had been billed as the day Mark Cavendish would set a new record of 35 Tour de France stage wins with his fifth win on the 2021 edition.

But an early mass fall and lack of will from other teams to stop a breakaway allowed a large group to build up a big lead over the main pack. Cavendish was unperturbed by the day’s action.

“I still have Paris,” he said of Sunday’s sprint finish on the Champs-Elysees.

“And I still have the jersey,” he said as he stepped down from the awards ceremony in the sprint points leader’s green tunic.

The 36-year-old was a late inclusion on the Deceuninck team roster but has won four stages on the 2021 Tour with a fifth possible on Sunday when the race winds up on the Champs-Elysees.

Cavendish was given a fright as a mass domino-effect pile-up swept through the peloton shortly after leaving start town Mourenx on Friday but the Briton was unhurt.