Mathieu Van der Poel won stage 2 of the Tour de France on Sunday to claim the overall leader’s yellow jersey and strike a blow for his famous cycling family. The Dutch 26-year-old is the grandson of late French cycling icon Raymond Poulidor, a regular on the Tour de France podium and beloved of French fans despite never wearing the fabled yellow jersey. After winning on his first Tour de France, Van der Poel dropped to the tarmac gasping for breath before weeping with his hands covering his face as the weight of Poulidor’s historic legacy was lifted on two dramatic ascents of the same hill, the Mur-de-Bretagne.

A generation of French children learned to cycle to the encouraging cry of ‘vas y Poupou’ a catchphrase using Poulidor’s nickname as a term of encouragement. Poulidor worked with the Tour de France main sponsor (LCL bank) who dressed him in yellow until his death, and attracted as many fans as ever on his final Tour with his personal touch and generous attitude.

“I wish he could have been here and had a photo together, him in his yellow sponsors shirt and me in the leader’s one, so sad he’s not here,” said van der Poel.

French fans saw their own hero Julian Alaphilippe lose the yellow jersey, but cheered the Dutchman both for his gung-ho passion and for his beloved grandfather. 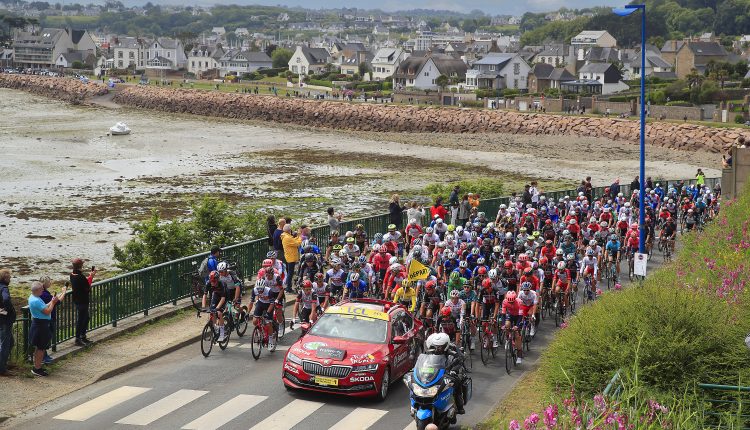 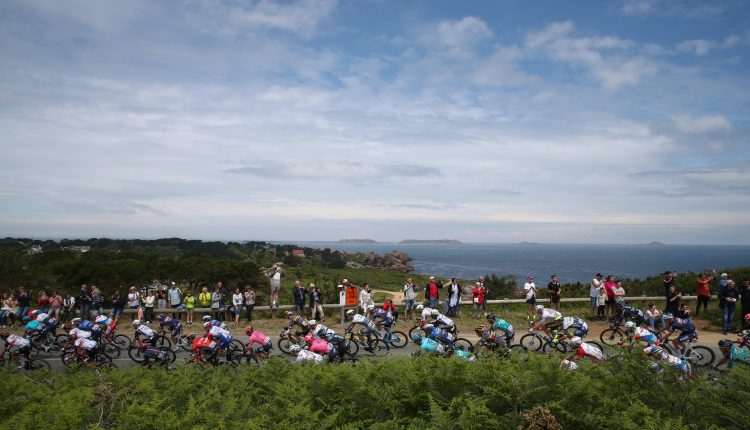 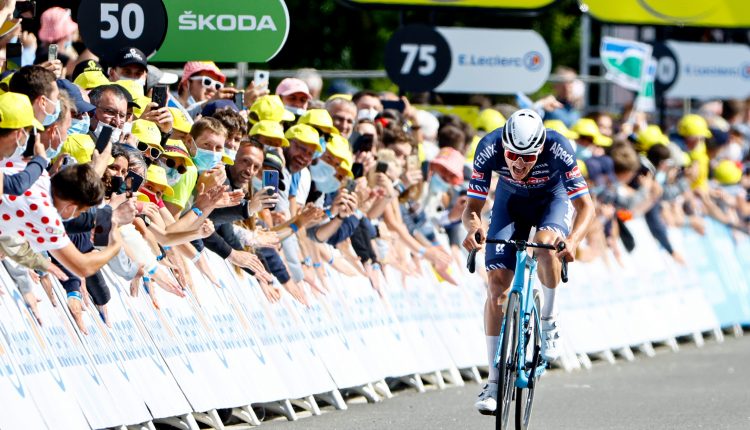 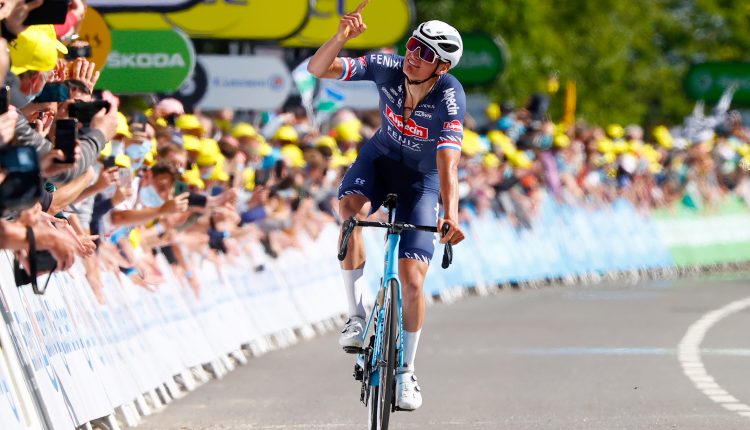 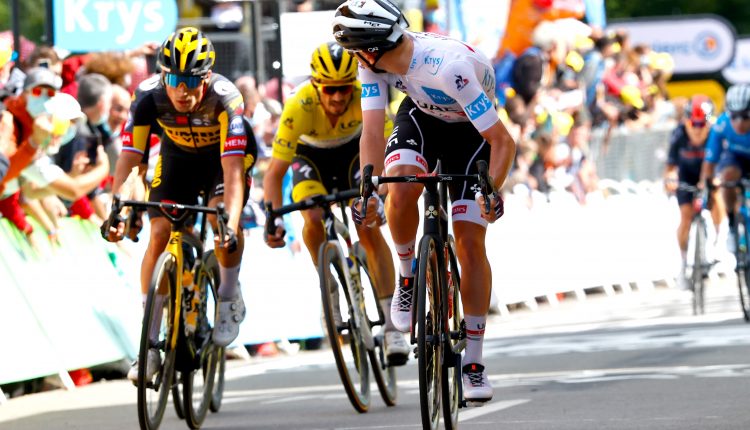 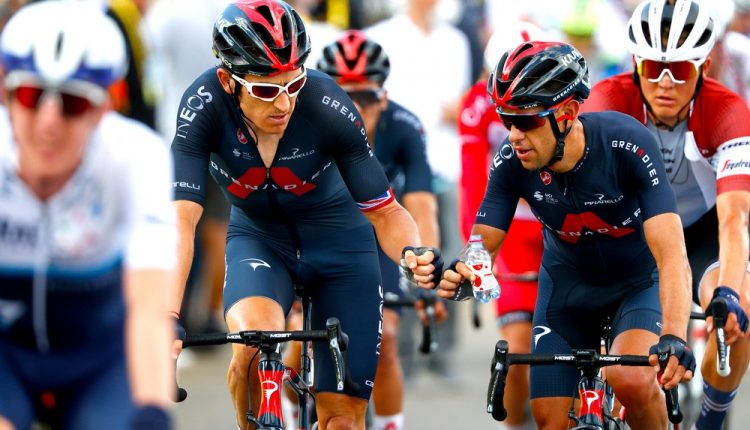 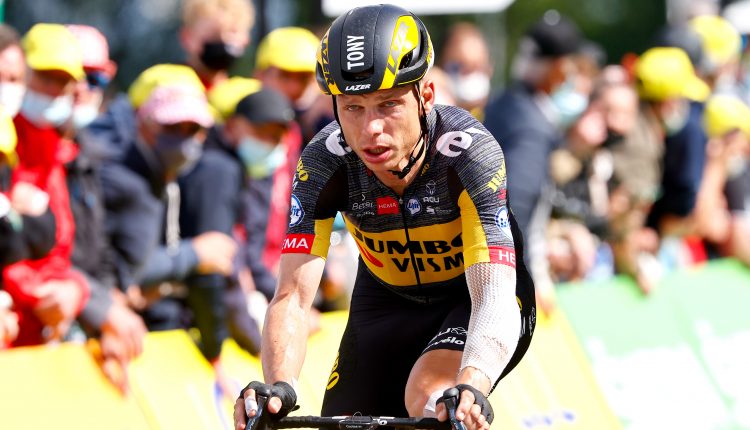 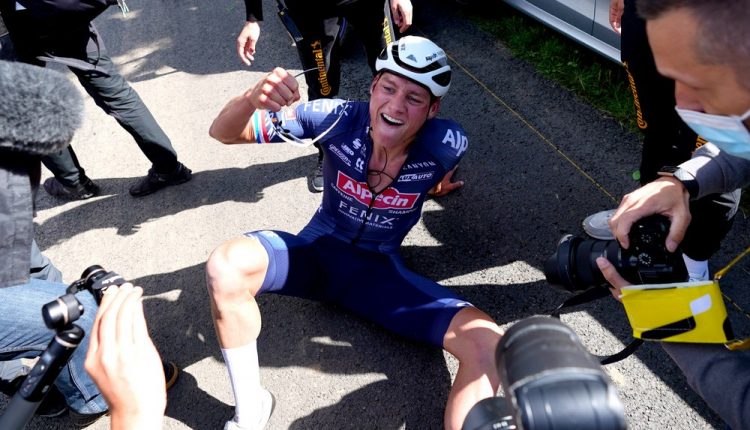 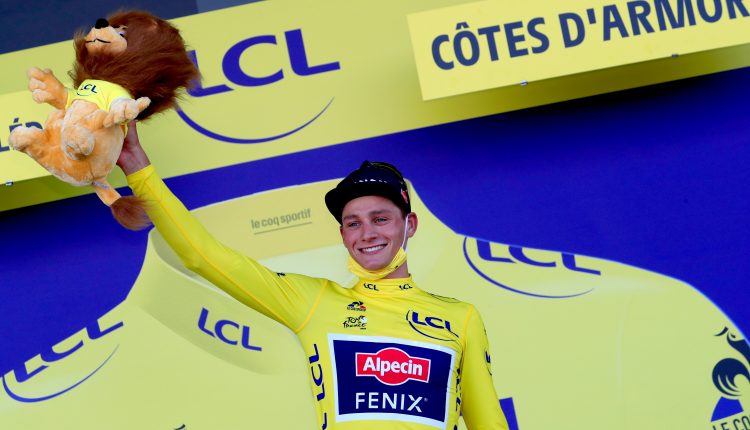 Once more to the wall

Van der Poel collected the maximum of 18 bonus seconds for crossing the summit in the lead twice, and then winning by a clear margin after accelerating away from a chasing clutch of elite road racers. ‘MVDP’, as fans call him, had been a favourite Saturday, but most of his team went down in a late collective fall and he missed his moment to match another master of the short hard climb, Alaphilippe

“I knew I had to get the bonus on the first climb as this was my last chance. I also knew I had to win it and have a gap. I’m speechless it worked out,” he said looking genuinely surprised.

When he crossed the line at the top of the second 1.5 mile  seven per cent ascent, the Alpecin rider pointed to the sky, but the emotion had not yet hit him.

“The tears came when they told me I had the yellow jersey,” he said breaking down again. “You can dream of a scenario like this, but to make it come true is another thing.”

Van der Poel is a mountain bike world champion and is a favourite for gold at the Tokyo Olympics with Britain’s Tom Pidcock.

“My main aim is Tokyo. I don’t want to blow my chances of that here,” he said, suddenly all business again.

Alaphilippe is second overall, also at eight seconds, and on Sunday pulled on the green sprint points jersey praising his Dutch rival as “the strongest man on the day”.

Pogacar is third overall at 13 seconds, while his older Slovenian rival Roglic is fourth, just one second adrift as last year’s battle, in which the younger man came out on top, begins to bubble early in the 2021 Tour.

Stage two passed off in relative calmly after two spectacular falls on stage one sparked a police investigation into the roadside spectator who caused a heart-stopping domino pile up.