Slovenia’s Matej Mohoric won stage seven of the Tour de France on Friday as leader Mathieu van der Poel kept the yellow jersey against the odds by leading a breakaway on an epic 155 mile run from Vierzon to Le Creusot. Defending champion Tadej Pogacar limited his losses and remains a force to be reckoned with, while Ineos’s best-placed rider Richard Carapaz wasted energy with a doomed late breakaway before being caught on the line as the British team continue to suffer.

A mass attack after 30 miles of the longest stage in 21-years stunned race favorite Pogacar, as over 20 riders got away after a 10-mile-long struggle to contain them wilted.

The large escape group, all working hard to maximize the damage, soon opened up a seven-minute lead, leaving a sense of confusion in those left behind including the UAE and Ineos teams. It was to produce an unexpected day of drama to round off an eventful first week.

Ahead of two tough mountain stages in the Alps, the rookie Van der Poel, who took the lead on stage two, is a defendable 3:43 ahead of fifth-placed Pogacar.

“It was just a brutal day, I haven’t witnessed this often on the bike, or even watching a race on television,” said Van der Poel, who insists the Tokyo Olympics is his chief aim.

“I just wanted to protect the jersey and followed my rivals in the attack,” he said in reference to Jumbo’s Wout Van Aert, who is now second overall at just 30 seconds after the pair came home with six other riders, 1:40 after the winner. 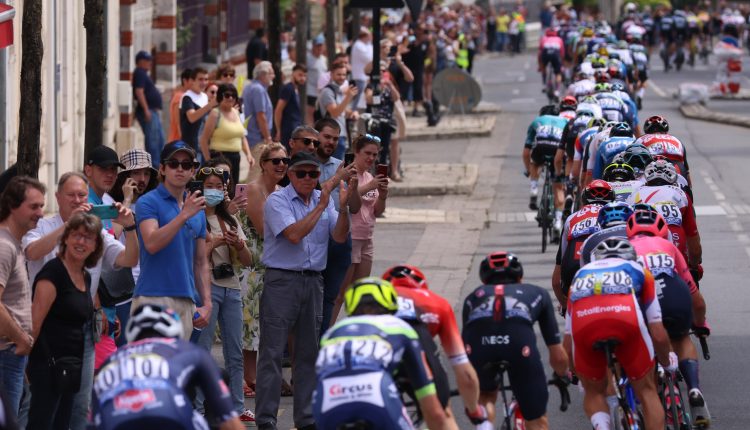 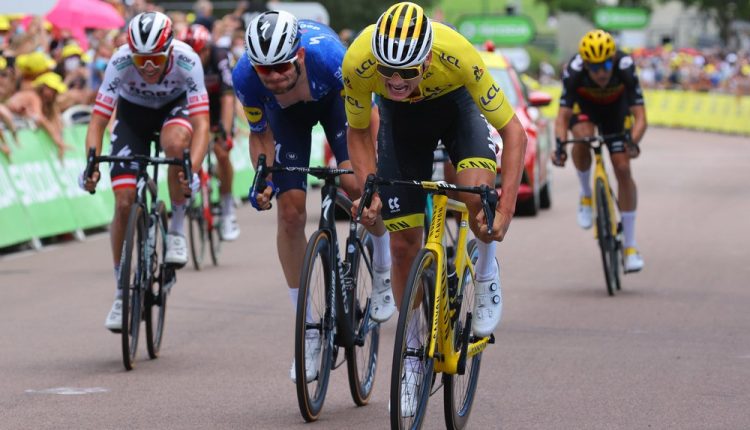 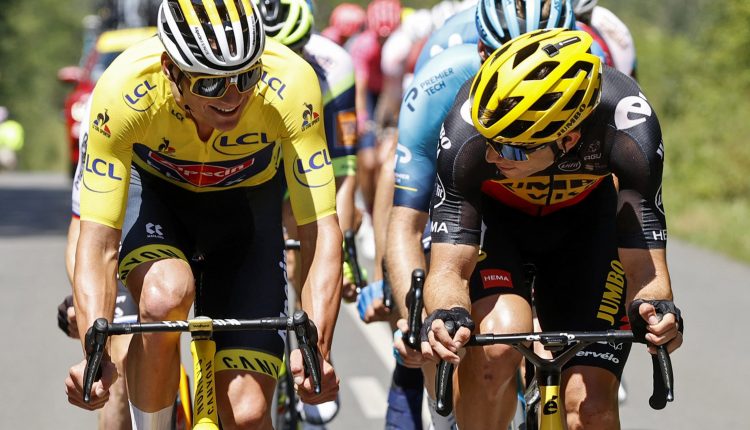 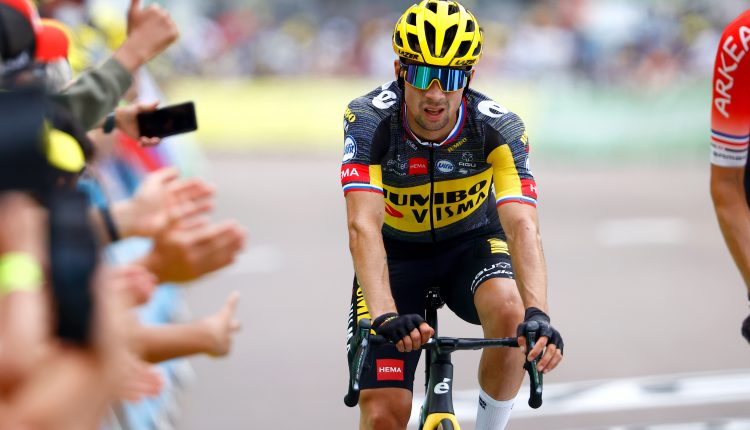 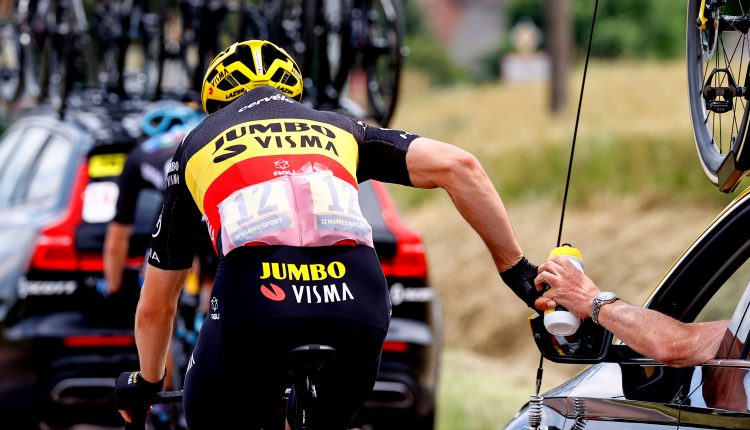 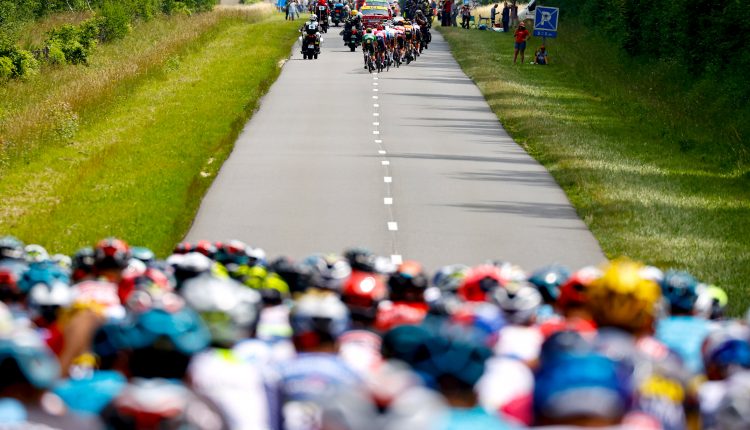 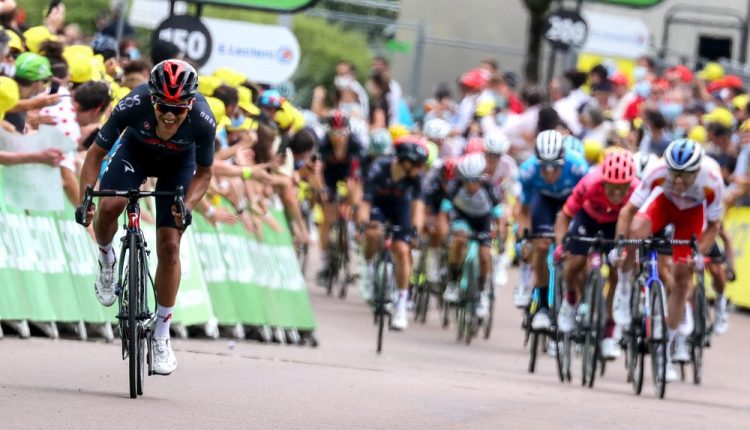 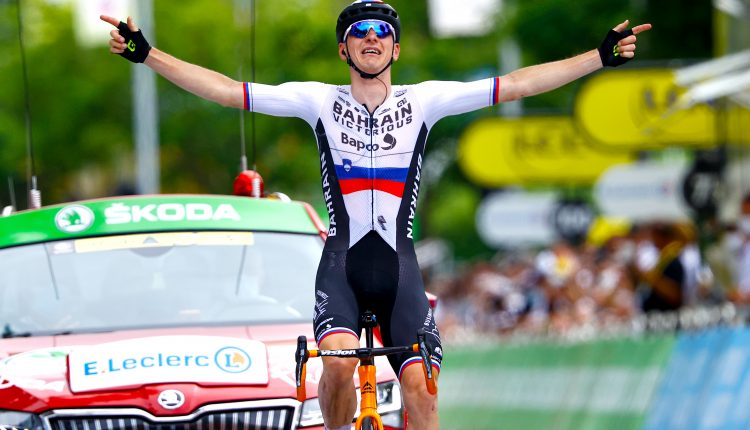 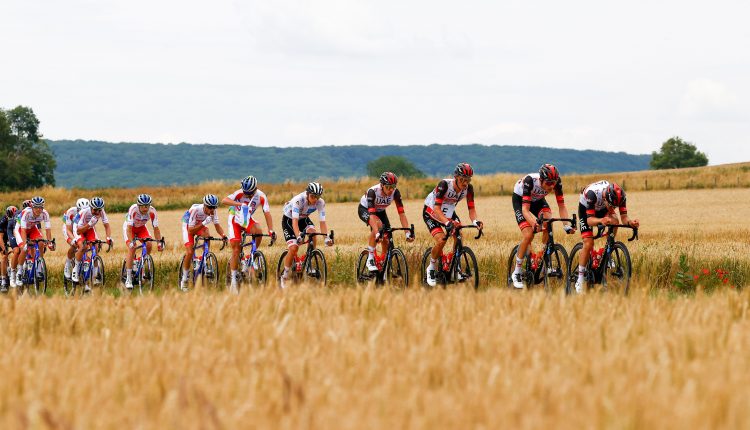 UAE Team Emirates
Prev 1 of 9 Next

Pogacar admitted after the race that he felt the effects of his individual time-trial win on Wednesday saying he had not refused to chase and thanking his team, even if they lost three minutes on Van der Poel.

“Maybe we made a mistake, but we didn’t let them get too far ahead,” said Pogacar.

“I knew it was going to be hard when they attacked in crosswind, but I’m super proud of the team. I can’t be the strongest every day,” said the 22-year-old.

His countryman, stage winner Mohoric, climbed to fourth in the overall standings and claimed the King of the Mountains polka-dot jersey.

“It hasn’t sunk in,” said a visibly thrilled Mohoric. “This completes my set as I won at the Giro and the Vuelta,” he said.

“But this is something else, this is the biggest race in the world.”

Another Slovenian, Primoz Roglic, was the big loser of the day and was dropped with 10 miles to go.

The 2020 runner-up fell badly on stage three and now appears to be out of the running after losing 3:50 on Pogacar and Carapaz.

The 2018 champion Geraint Thomas also limited his losses on a wild day. “It’s not every day you see the yellow jersey in the attack,” he said before turning his attention to the man in second place.

“Van Aert is clearly in a stong position,” he said of the Jumbo Belgian now leading his line-up after Pogacar’s meltdown.

With its hills, forests and sheer length, stage seven had a whiff of an Ardennes one-day classic, and Belgium’s Wout Van Aert and Van der Poel of the Netherlands were key protagonists in forcing a hesitant peloton into a dramatic charge for the line.

Mark Cavendish continued his astonishing return to form by following the escape in the crosswind, as he often did in days of old, to win an intermediate sprint and take another 20 points in the chase for the green jersey before dropping off.