Although Specialized may not have walked away from the 2016 Tour de France with the coveted yellow jersey, the American bike brand still came away with numerous stage wins and both the polka-dot and green jersey awards courtesy of Team Saxo-Tinkoff riders Rafal Majka and Peter Sagan respectively. Here’s a close-up look at both of their bikes as well as the Team Quick-Step/Etixx Venge of Marcel Kittel who also won a stage. 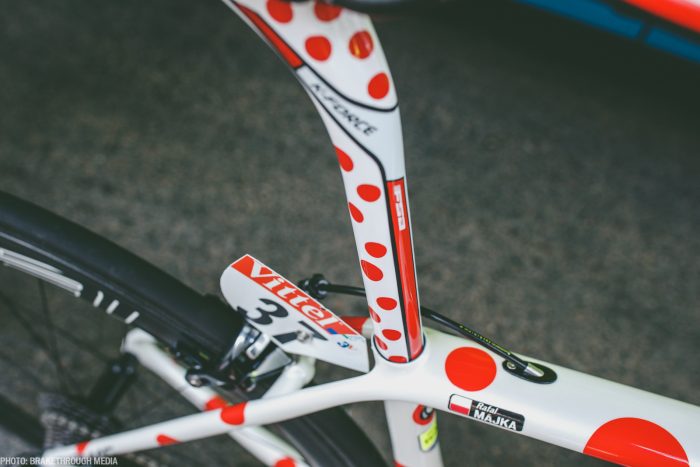