Already a proven duo in previous races aboard earlier versions,  reigning world champions  Filippo Ganna will be aboard a all-new Pinarello Bolide for the opening stage of the 2022 Tour de France. Based on years of both laboratory and real world tests, Pinarello claims that this latest incarnation of their Treviso bred speed machine is their “fastest bike” ever.  Will the results in the stage one time-trial prove that claim true? 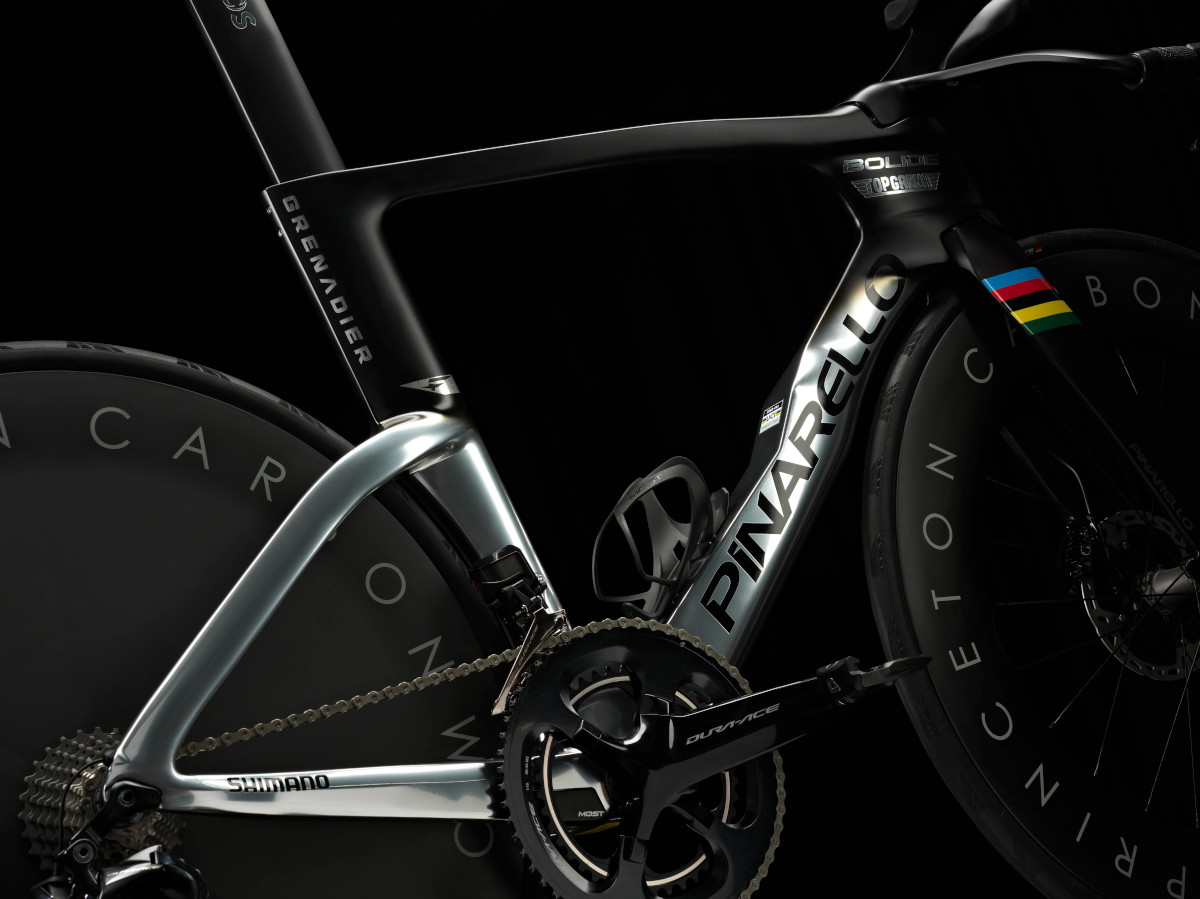 On 1 July, the INEOS Grenadiers team will take to the start line of the 2022 Tour de France on board the fast bike
Pinarello has ever made, The Bolide F.

World time trial champion Filippo Ganna and his teammates Geraint Thomas, Adam Yates and Felipe Martinez will “officially” launch the Bolide F in Copenhagen on the Tour’s opening stage after successfully testing and racing a
disguised version of the bike in the recent Tour de Suisse, where both Martinez and Thomas performed impressively. 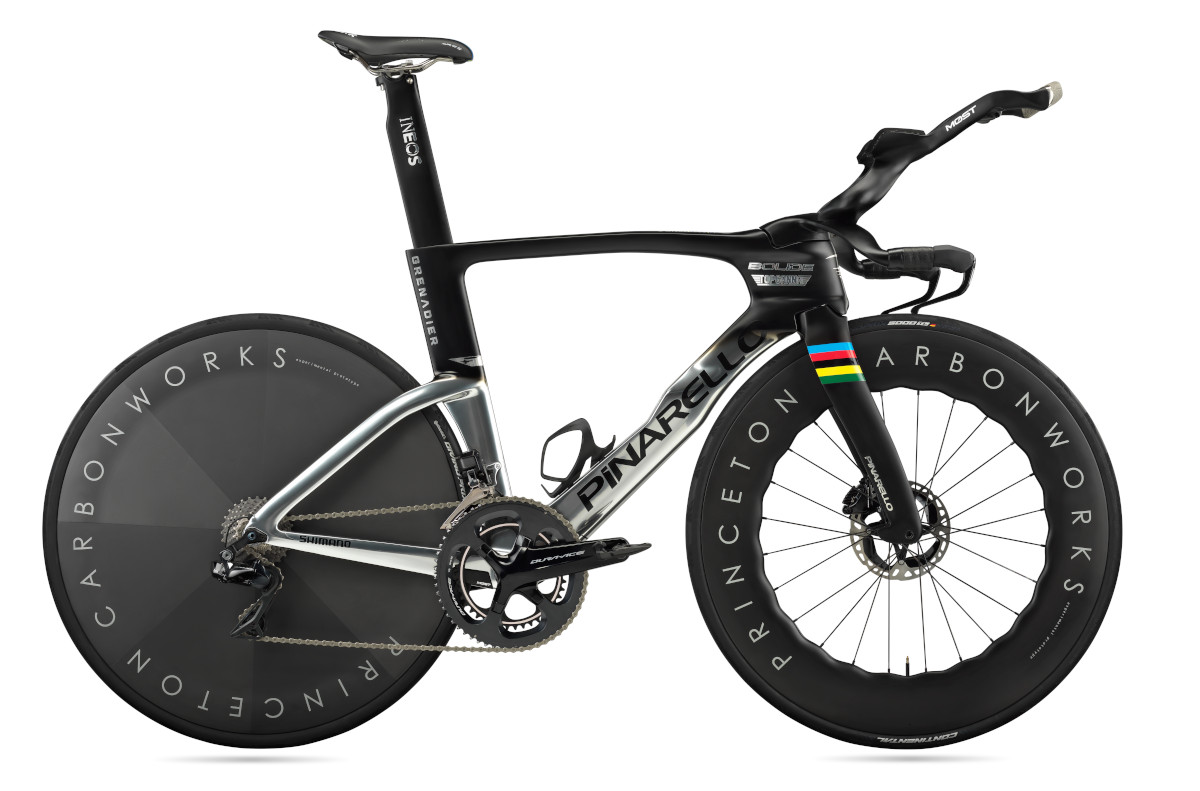 It was also used by Ganna to secure his first victory at the Italian TT national championships. In these early cameos, the bikes used were wrapped in a special camo paint to disguise them ahead of the official release at the Tour when they will be unveiled with a unique custom paint scheme.

Originally created exclusively for Team Sky in 2013, the Bolide became legendary in 2015 when Sir Bradley Wiggins used the Bolide HR to break the Hour Record. Pinarello then introduced the Bolide TT in 2016, which went on to win countless TT competitions during grand tours, national and world championships on the road while also storming to unparalleled success on the track, winning multiple medals on team and individual pursuit at world championships and at the Olympics.

Building on that impressive foundation, Pinarello has incorporated the latest technological advances, including
impressive recent developments in Computational Fluid Dynamics that have helped Pinarello’s engineers to
significantly improve aerodynamics on the new Bolide F.

CFD simulations were run seamlessly in the cloud, allowing for proven aerodynamic advancements to be blended
into the design process in real time. Cloud computing also allowed large scalability in terms of computational power
– allowing large meshes in the order of 50m cells to be solved within hours – and number of simulations that could
be run in parallel. Online access to the results also allowed a smooth sharing of the results between the designers,
enhancing communication and improving the engineering process. The result is our Fastest bike EVER

AERODYNAMIC IMPROVEMENT WHERE IT REALLY MATTERS
Improving handling and decreasing rolling resistance were two of the primary targets for the new Bolide F TT. To
achieve this, the bike had to be designed to use disc brakes, which added a 1.4% aerodynamic deficit
When compared with the previous integrated rim brake Bolide. This deficiency was recovered during the development process, thanks to a complete re-design of the seat-tube, seat-post, top stays, and chain stays, which counter-balanced the increased aerodynamic drag of the disc brake to create an aerodynamically equivalent bike and rider system. 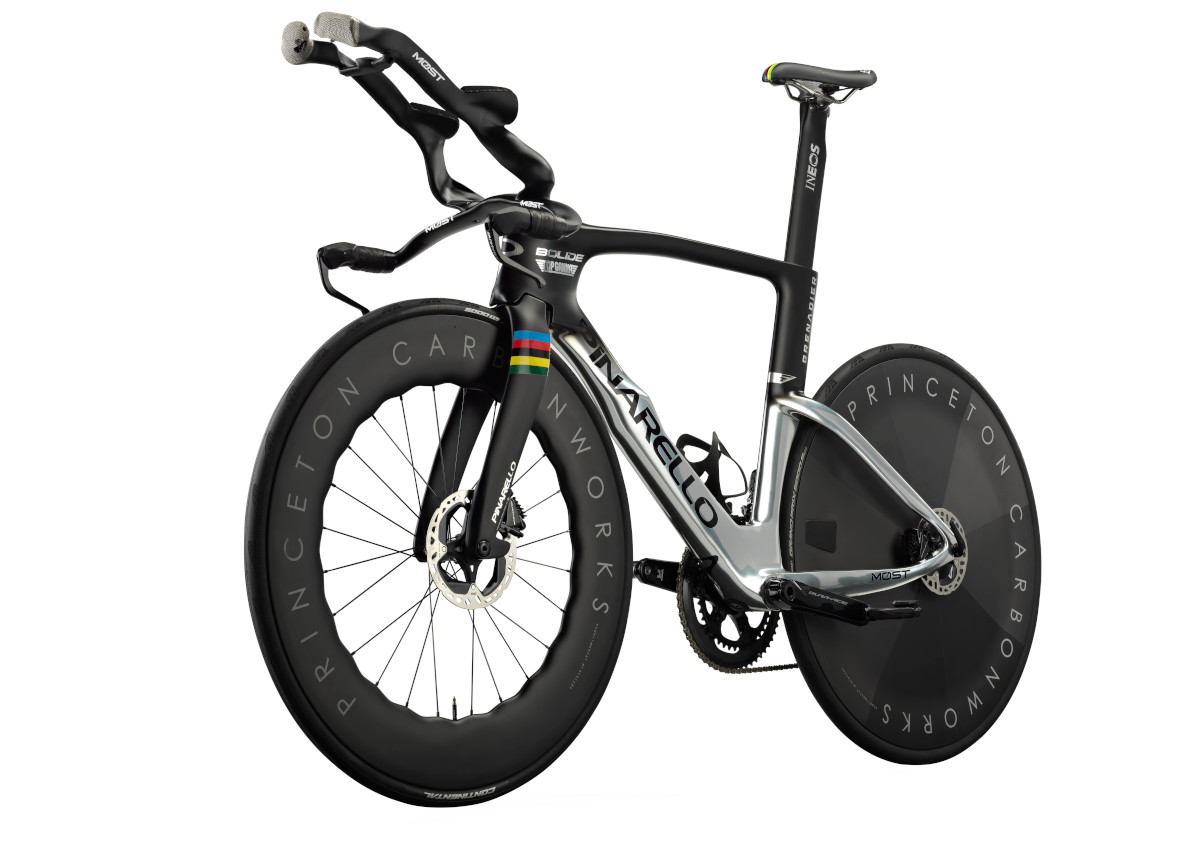 CUSTOM 3D PRINTED BAR EXTENSIONS
Most of Pinarello’s top athletes use custom 3D printed bar extensions. They are created by scanning the athlete’s
forearms in the most aerodynamic position and then custom 3D printing in titanium. This allows for a perfect position and to close all gaps between the bar extensions and forearms, to achieve the absolute maximum in term of drag reduction.

This exclusive service is now also available to the public. It requires an appointment with a scanning centre located in UK or in Italy, which can be booked by contacting Pinarello directly through one of its official retailers. Pricing will be based on the result of the preliminary assessment.

EVERY GRAM COUNTS WHEN YOU WIN BY SPLIT SECONDS
Improving aerodynamics means increasing tube surface area – which usually means adding weight. But thanks to
countless hours of computational fluid dynamics and wind tunnel work, Pinarello’s engineers were able to not only
design a more aerodynamic bike, but also reduce the weight of the frame kit and brakes by 170g.

IN SUSTAINED EFFORTS AT 550 WATTS, STIFFNESS MAKES THE DIFFERENCE!
New tubes shapes and carbon lay-up patterns deliver the biggest performance increase when compared with the
previous Bolide TT, setting a new industry standard.
– Stiffness on the BB area is increased by 17%
– Stiffness on the head tube area is increased by 7%
– Fork is 12% stiffer fore/aft and 5% stiffer sideways

REAL RACING
Beside the lab, CFD and wind tunnel results, what really matters are results in the real world. And the early signs for the Bolide F are excellent. Speaking after he won the Italian TT national championship, Filippo Ganna reported that the bike feels a lot stiffer, is faster out of corners, and has much better handling.

THE FRAME PICTURED IS A SPECIAL EDITION COLOUR SCHEME FOR FILIPPO GANNA, THE FRAME
WILL BE COMMERCIALLY AVAILABLE IN A CLASSIC MATT BLACK WITH WHITE DECALS 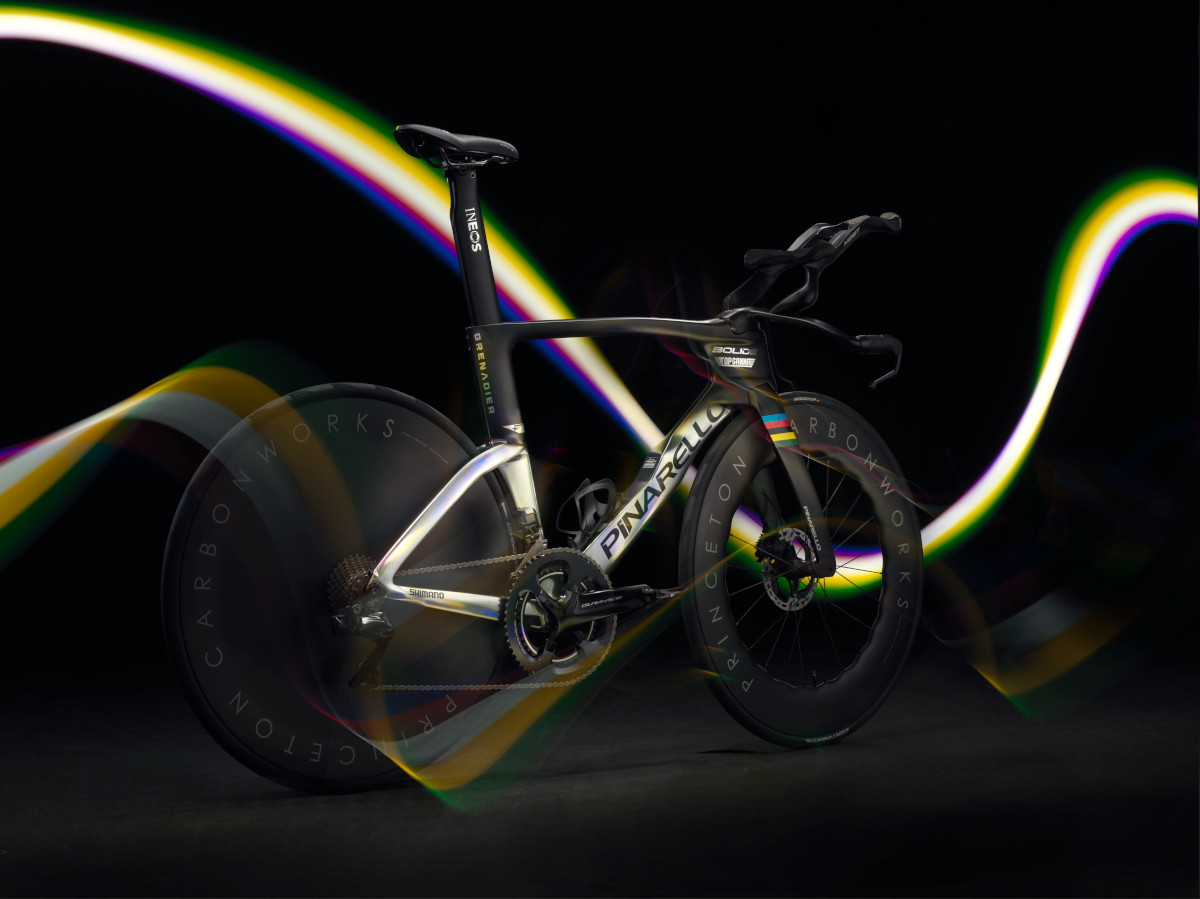