PINARELLO BORROWS FROM THE ROAD TO MAKE GRAVEL GO FAST

Let’s not mistake the new Grevil F as anything other than a race bike, shall we?! 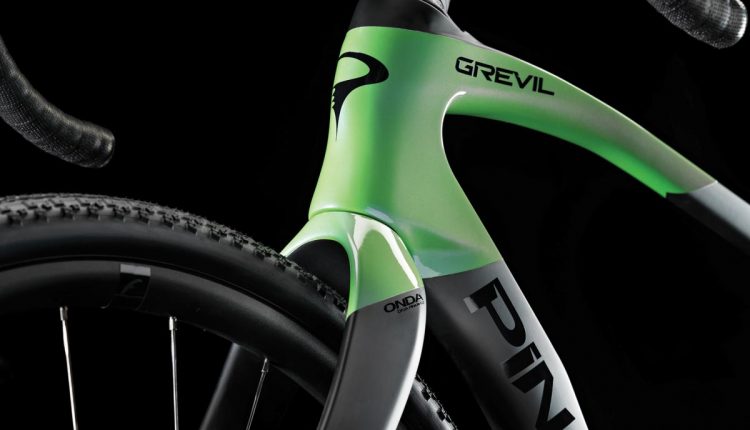 Having missed breakfast in the morning  due to just arriving in Kansas for Unbound Gravel, David and I were just finishing our sumptuous pulled-pork sandwiches at Emporia’s famous Bobby D’s barbecue joint when we realized that Pinarello’s launch party of their latest gravel bike was taking place at another local eatery, the swanky Union Station restaurant.

When we arrived, many of the guests could be found lingering around a long table full of fancy gourmet appetizers. Always with an appetite, this time David just shrugged and passed on the hors d’oeuvres, given that it was really a close-up look of Pinarello’s latest gravel race bike that we were after. In addition to a few other journos and Pinarello employees, the brand’s roster of six ambassadors were also present to lend their own perspective on the bike they would all be riding in two days. 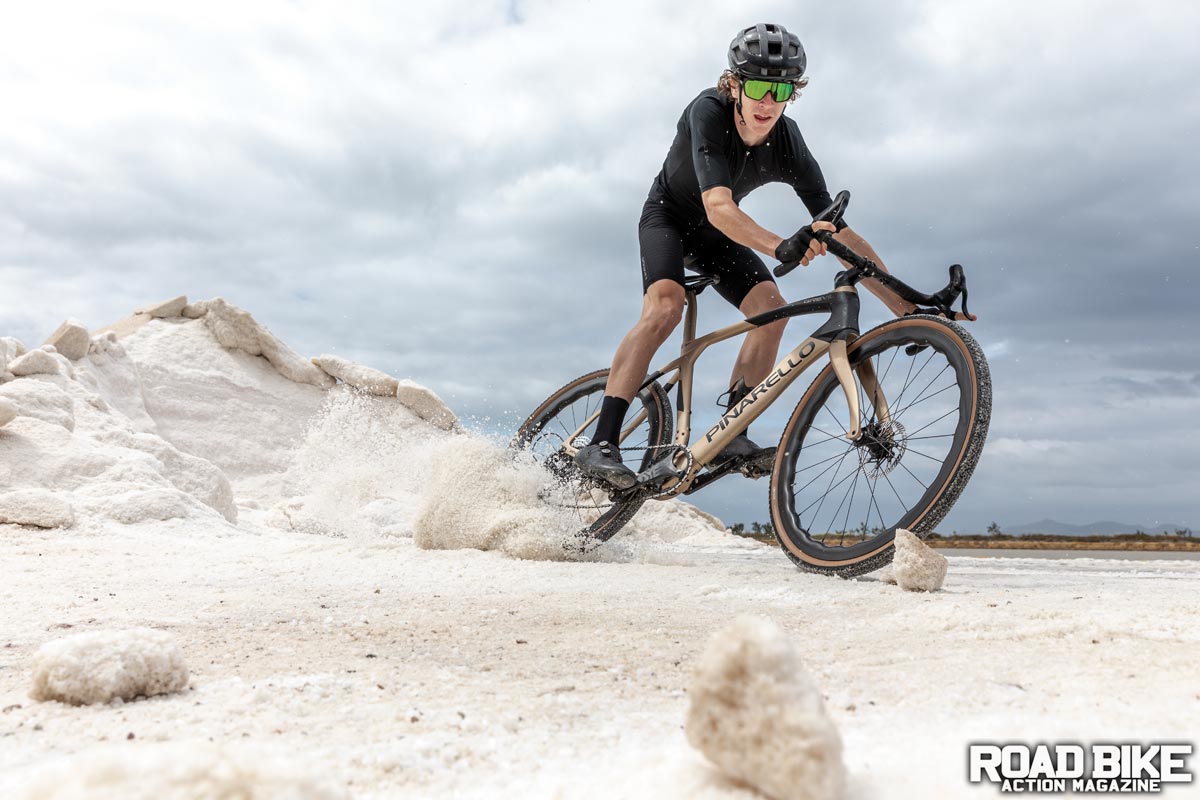 ALL GOLD AND CURVY

Although we had already sat through a Zoom presentation of the new bike the week prior, this was our chance to see it up close. For the uninitiated, they could be excused for first thinking that this state-of-the-art gravel bike was just a Dogma F with just some knobby tires thrown on. The Grevil mimics much of the famous road bike’s curvaceous, asymmetrical physique. Upon closer inspection, the differences—slight as they may be—begin to show themselves. Things like all the dropped chainstays, added wheel clearance, the 1x drivetrain and, yes, the treaded rubber make it clear—gravel, please! However, as we would later be reminded of that one all-important truism regarding most gravel bikes, this one, too, was just a skinny set of slick tires away from still being a good-enough road bike. Indeed!

Owing to the forecast of rain on race day, everyone was interested in what size tires the Pinarello could fit, and we were glad to hear it’s up to 50mm treads (though your clearance may vary based on the rim/tire combo). It was also nice to see that the folks back at the factory in Treviso shunned the silly one-piece handlebar/stem combo and stayed with a traditional two-piece unit. Given the shortfall of drivetrain components still being an issue, the bike will initially be available with a Campagnolo Ekar group. Thankfully, too, the frame is both 1x- and 2x-compatible. 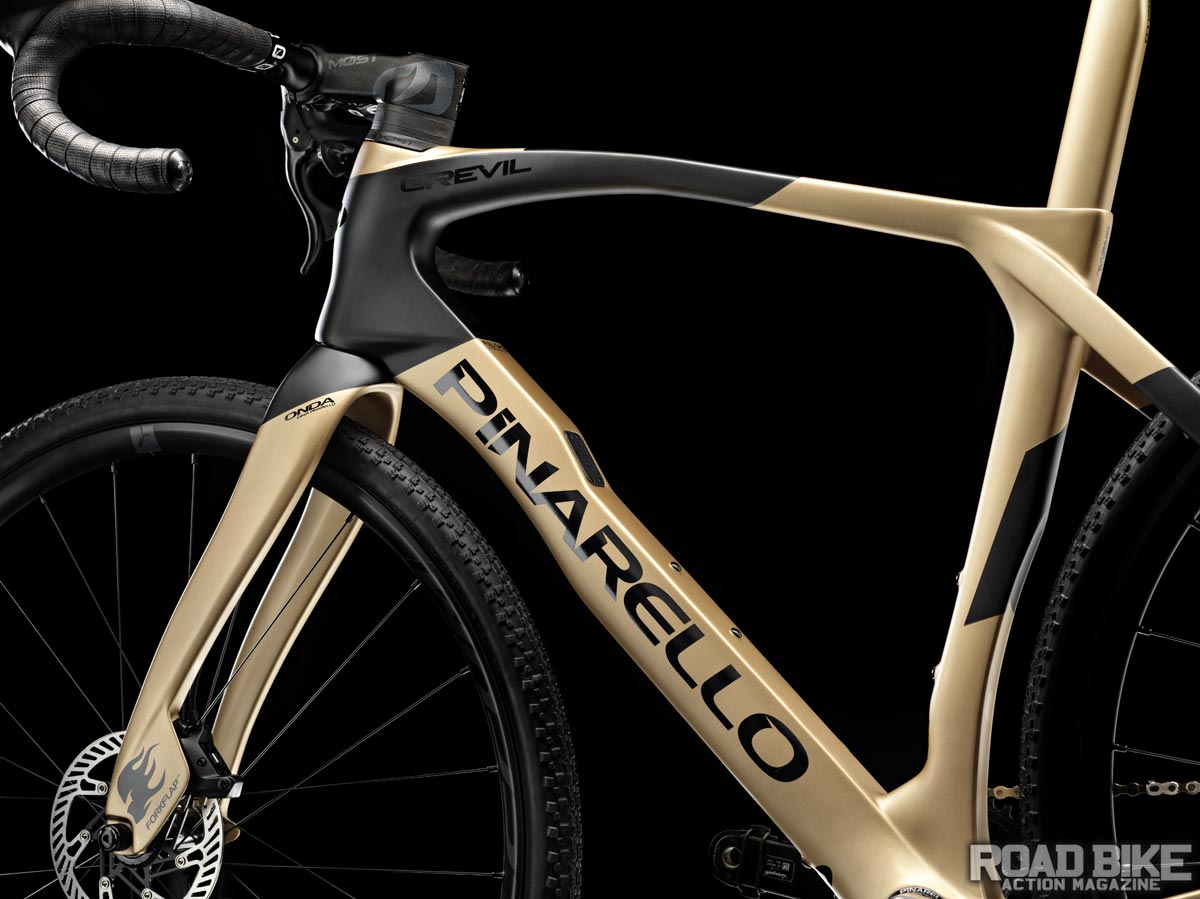 Time and again, it was emphasized that like its F-model road brethren, the F-model gravel bike is intended to be a “fast and versatile” race bike. And while that wasn’t surprising to hear, what was surprising was when in the same breath we also heard that an adventure-focused version is also in the works.

Pinarello has always stood out by offering an abundance of frame sizes, and so it’s nice to see that the Grevil is available in six sizes and, importantly, each frame has size-specific geometry. We were told that a 53cm (unpainted) frame weighs 1090 grams and the Onda fork adds an extra 500 grams. A complete bike built up with a Campagnolo Ekar gruppo and Princeton wheels hits the scales at 8.55 kilograms (18.85 pounds). Pinarello also said that the new frame is 8 percent stiffer and 4 percent more aerodynamic than the original.

Pinarello is making the bike available in three color choices (champagne, green and all black), and the frames will sell for $6500.