Has a new spring sprung?

April 11, 1993, was the day when the course of pro road technology abruptly—and temporarily—changed. It all started when the winner of a crazy finish sprint inside the Roubaix Velodrome was so close that it had to be decided by the cameras. The battle was between Italy’s Franco Ballerini and Frenchman Gilbert Duclos-Lassalle.

For what felt like hours, Duclos-Lassalle joined the stadium filled with rapt French partisans who sat unaware of who actually won. In a brash defiance of doubt, Ballerini gleefully carried on in fine Italian style, pedaling along with arms raised as if he had just won the lottery. He hadn’t.

What really marked the dramatic finish-line rivalry was that both riders were sporting the first-time use of suspension in the historic race. And yet, sprung as they were, the suspension components couldn’t have been more dissimilar than the finish-line behavior of the two riders themselves—Ballerini relying on a Softride stem mounted atop his Bianchi, while Duclos-Lassalle had a pair of prototype RockShox forks bolted to the front of his LeMond.

Joined by a mix of mongrel suspension bikes in later years, suspension (of the Rock Shox variety) would go on to win Paris-Roubaix two more times. And then it was over. Suspension disappeared, and it was back to gritted teeth and double-wrapped handlebar tape to get the job done. 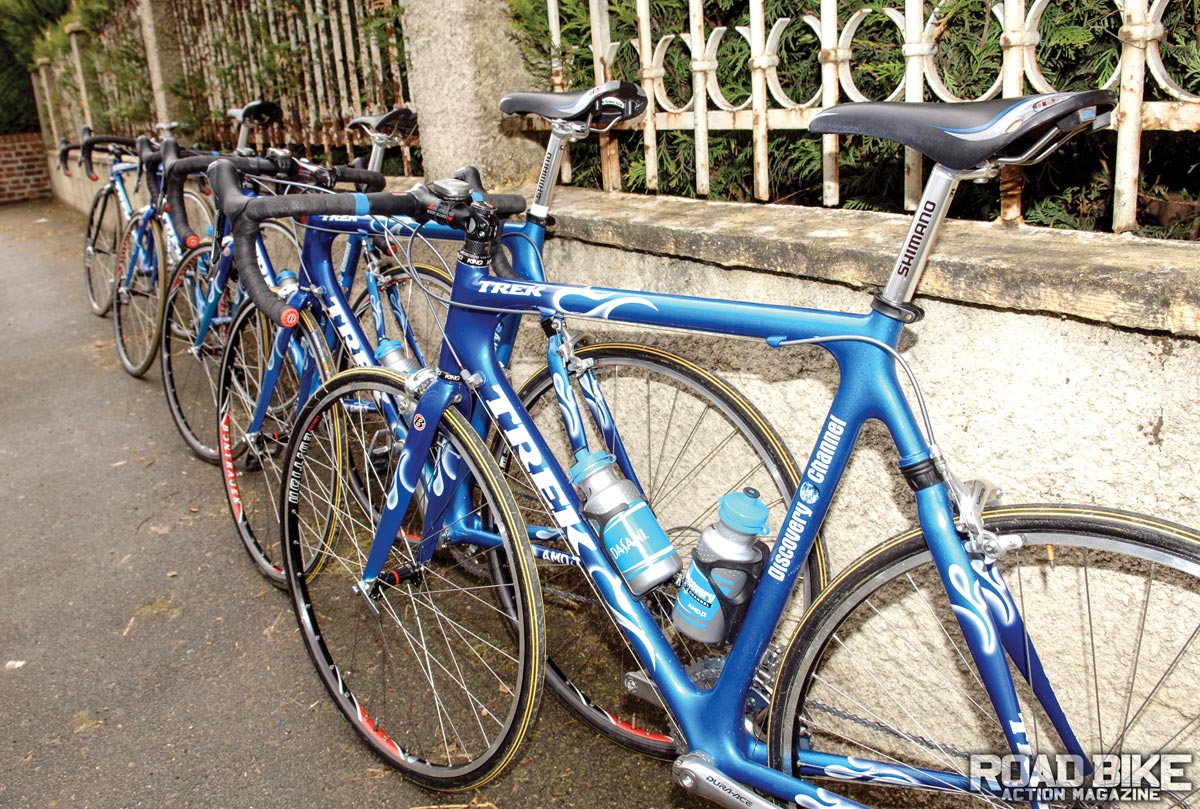 But here we are in the days following Specialized’s domination of the cobbled classic, with Philippe Gilbert’s win (combined with four other riders in the top ten) aboard the Roubaix using the Future Shock 2.0 suspension system. 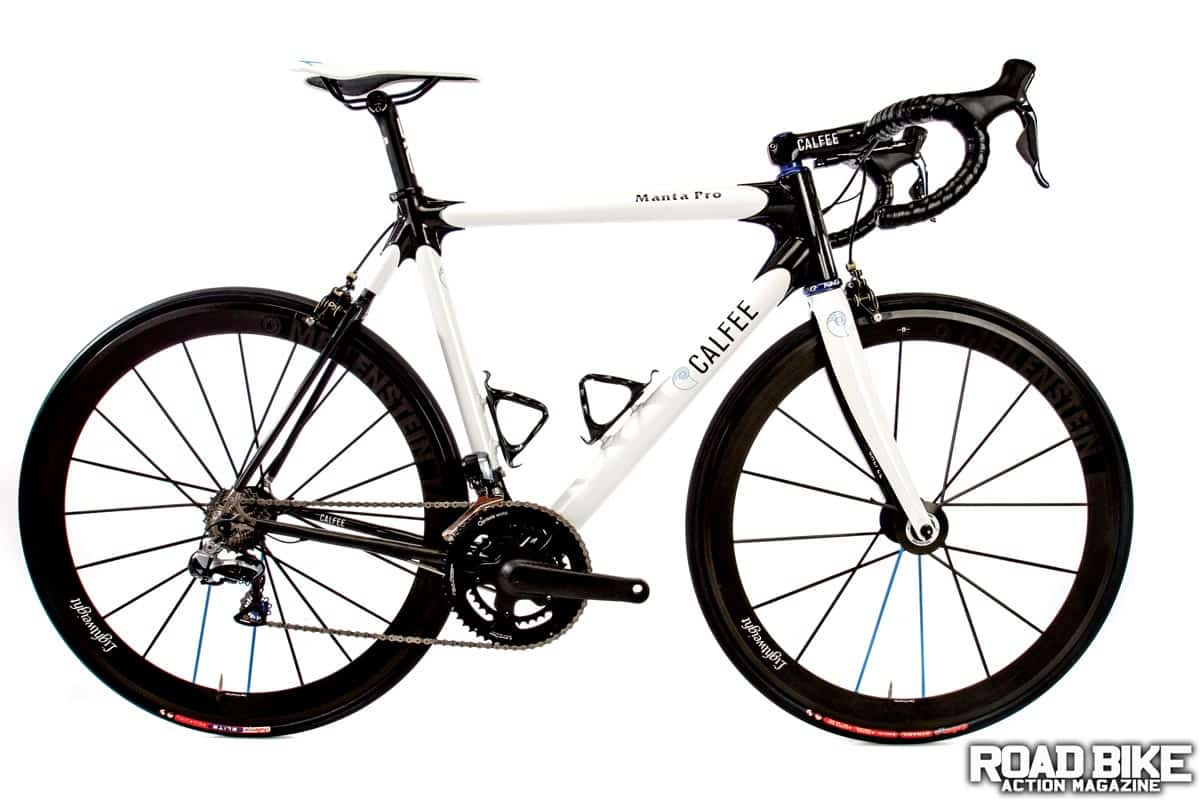 Yes, that snickering you might be hearing in the background is from any one of a handful of people who lived through a similar suspension “revolution” over three decades ago when some of these same, most basic principles of suspension advantages were first laid out to the then-skeptical mountain bike industry. 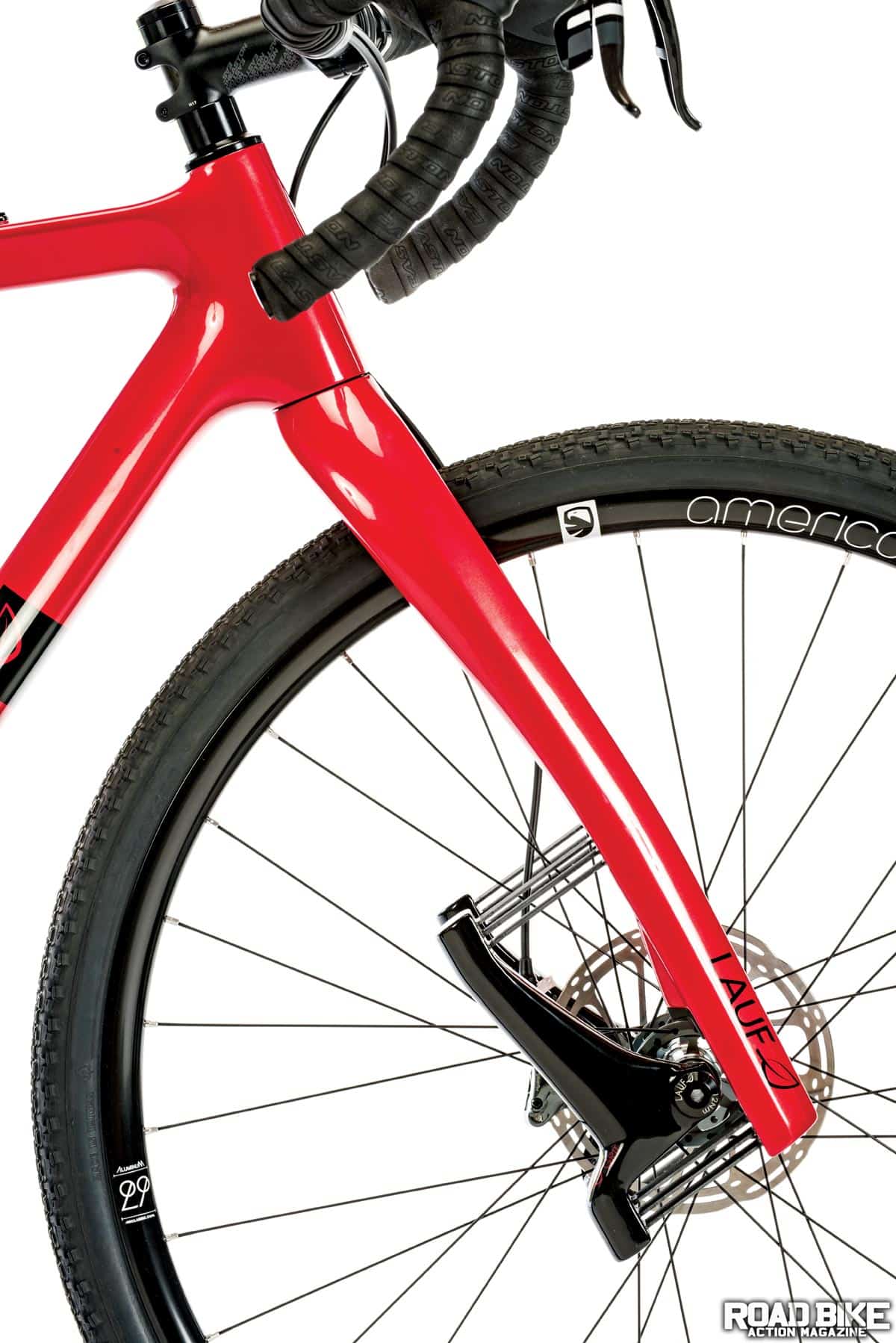 The big difference between now and then is that in the early ’90s, it was a bunch of ex-throttle-twisting rabble-rousers with names like Mert Lawwill, Paul Turner, Steve Simons, Doug Bradbury and Horst Leitner to name a few (and most key) who worked overtime to make the case that while there was a weight penalty to pay with suspension, in the end, it allowed riders to go faster over rough terrain. 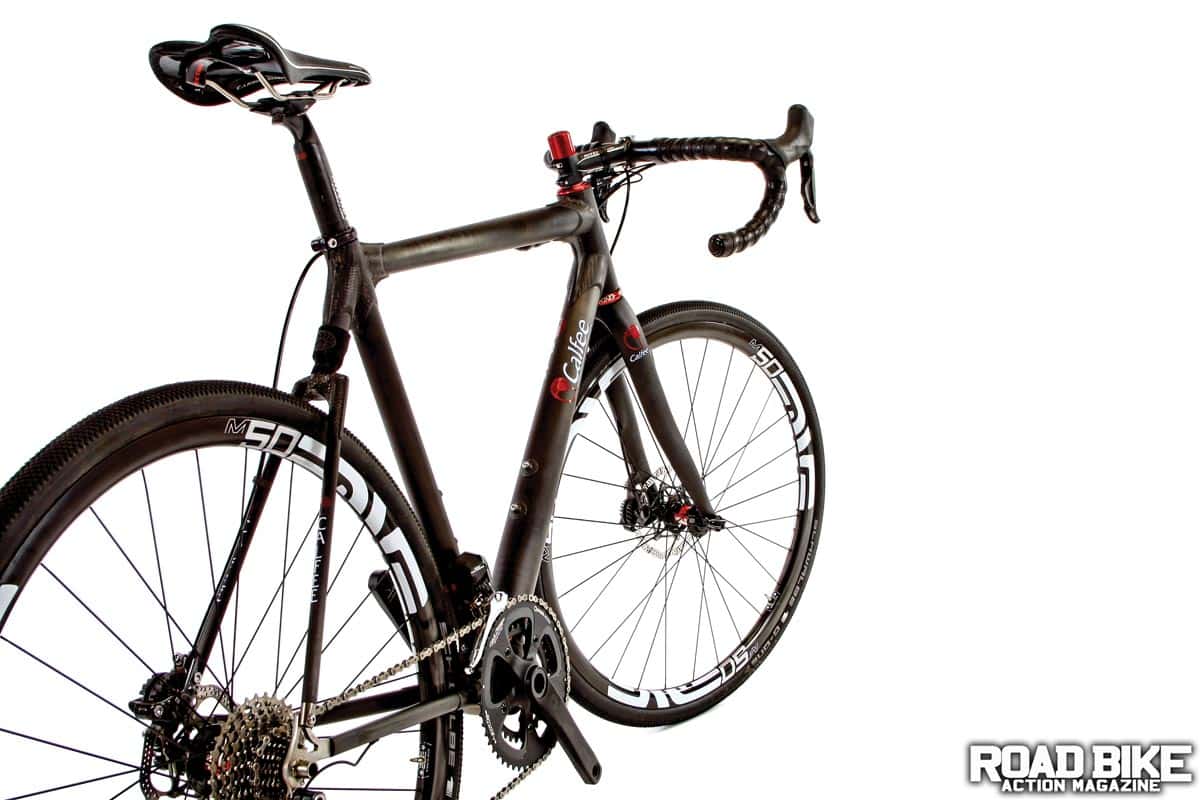 While the majority of roads ridden by road bikes are nowhere near as rough as the cobbles of Paris-Roubaix, or the Slickrock Loop in Moab, Utah, there is a suspension breeze blowing that only seems to be picking up wind speed. Whether it’s Niner’s impressive MCR full-suspension gravel bike that made waves at the Sea Otter Classic (RBA, July 2019), road-oriented rigs like Calfee’s Manta Pro and Trek’s Domane, or the various non-descript full-suspension gravel bikes that surfaced at a recent Taiwan bike expo, road/gravel-specific suspension is on
the upswing. 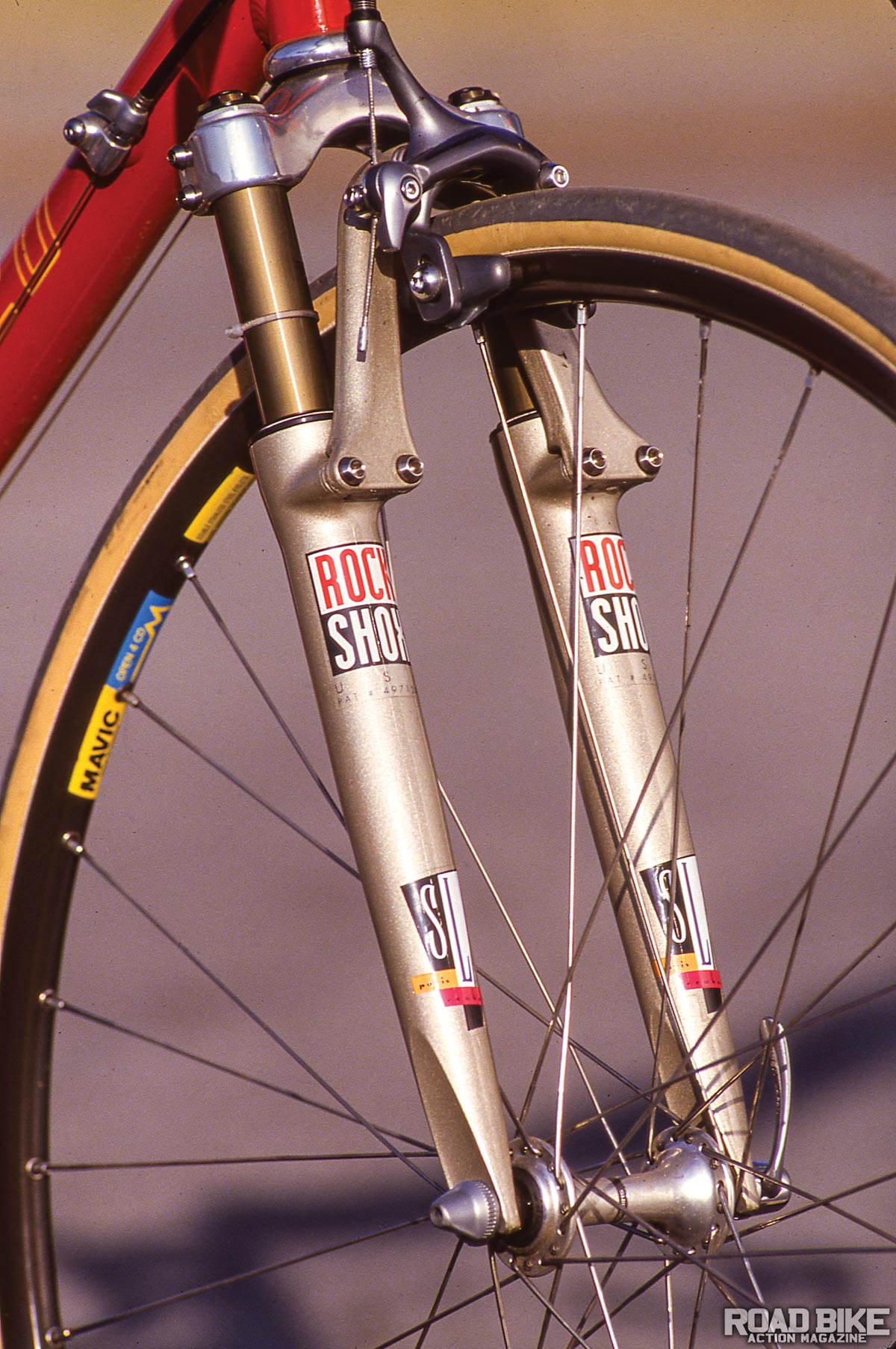 IT’S US, NOT THEM

Although it may be a tad of a stretch, even the most pavement-specific, road-going car today has suspension. As long as the application is sensible, we believe the same can hold true for a category of road bikes. Just as we have enjoyed exploring the evolution of all things gravel, we are excited to see where this latest suspension rush will take us on the road. 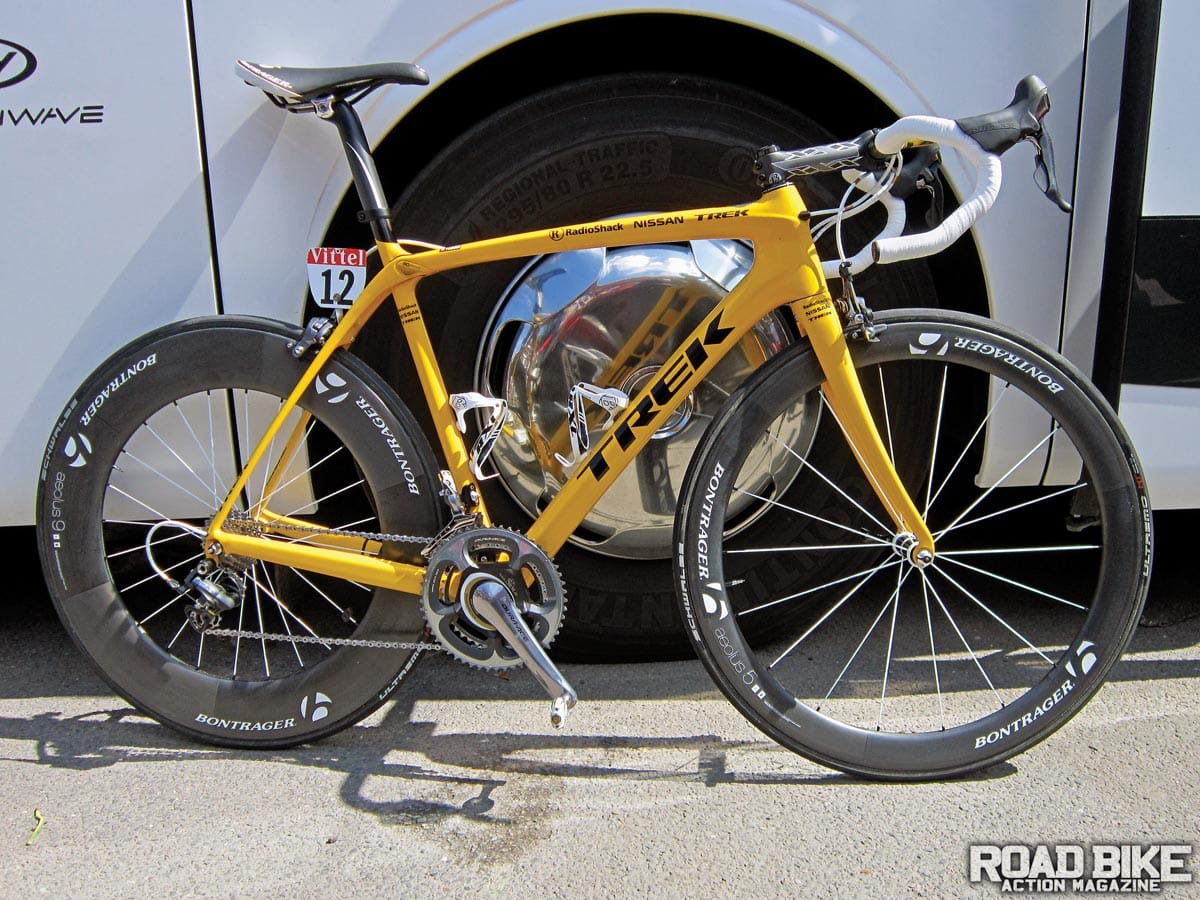 Key questions that remain unresolved include whether front, rear or full suspension is ideal and if it’s better to suspend the rider versus the bike. For us, the limits of road/gravel bike suspension travel should be at 50mm of travel. Beyond that, yes, you’re talking about a mountain bike with drop bars. 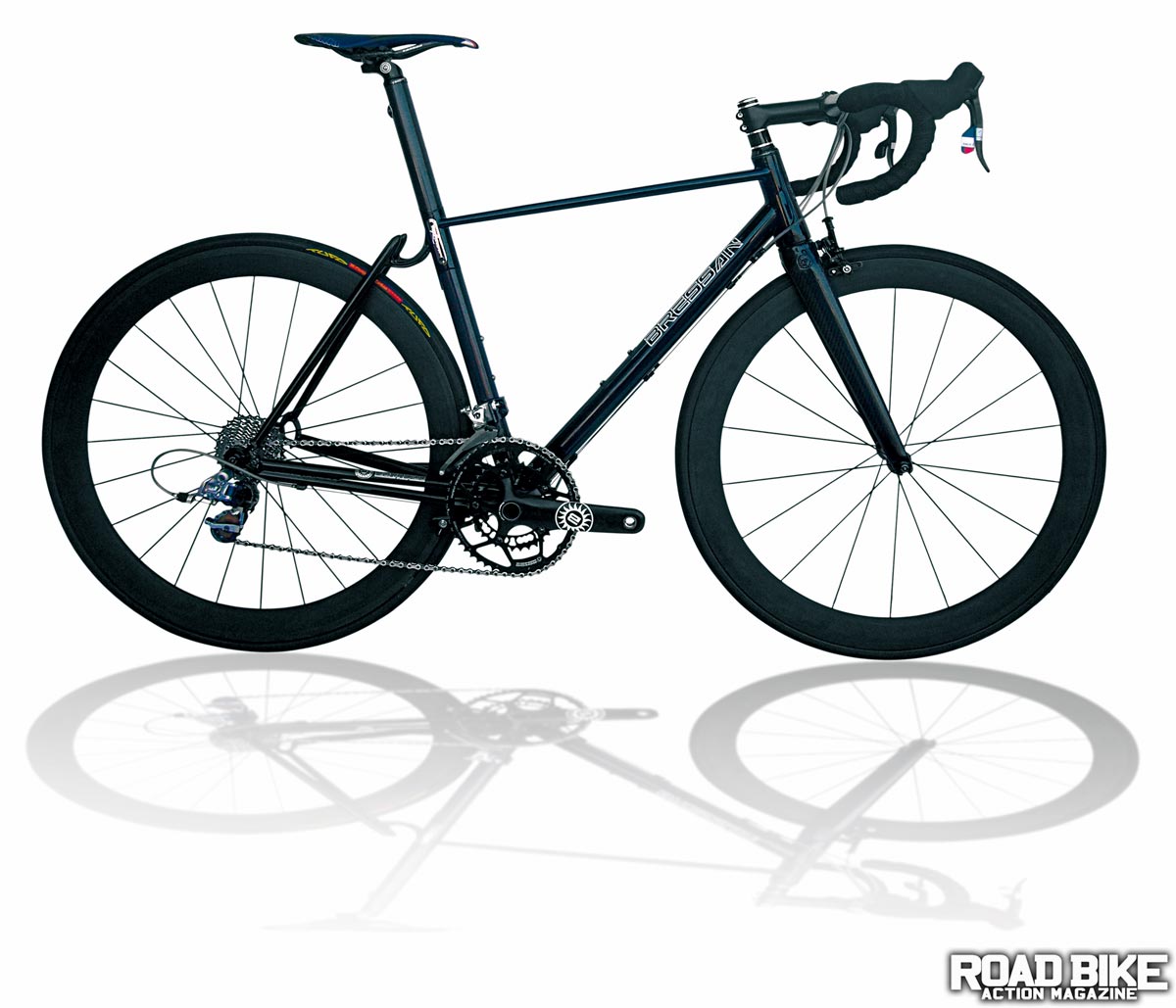 It is ironic how both Pinarello and Specialized are using front suspension that mimics Cannondale’s original Headshok suspension (that the latter used in the ProTour in the late ’90s), and yet Cannondale has yet to develop their own modern version. 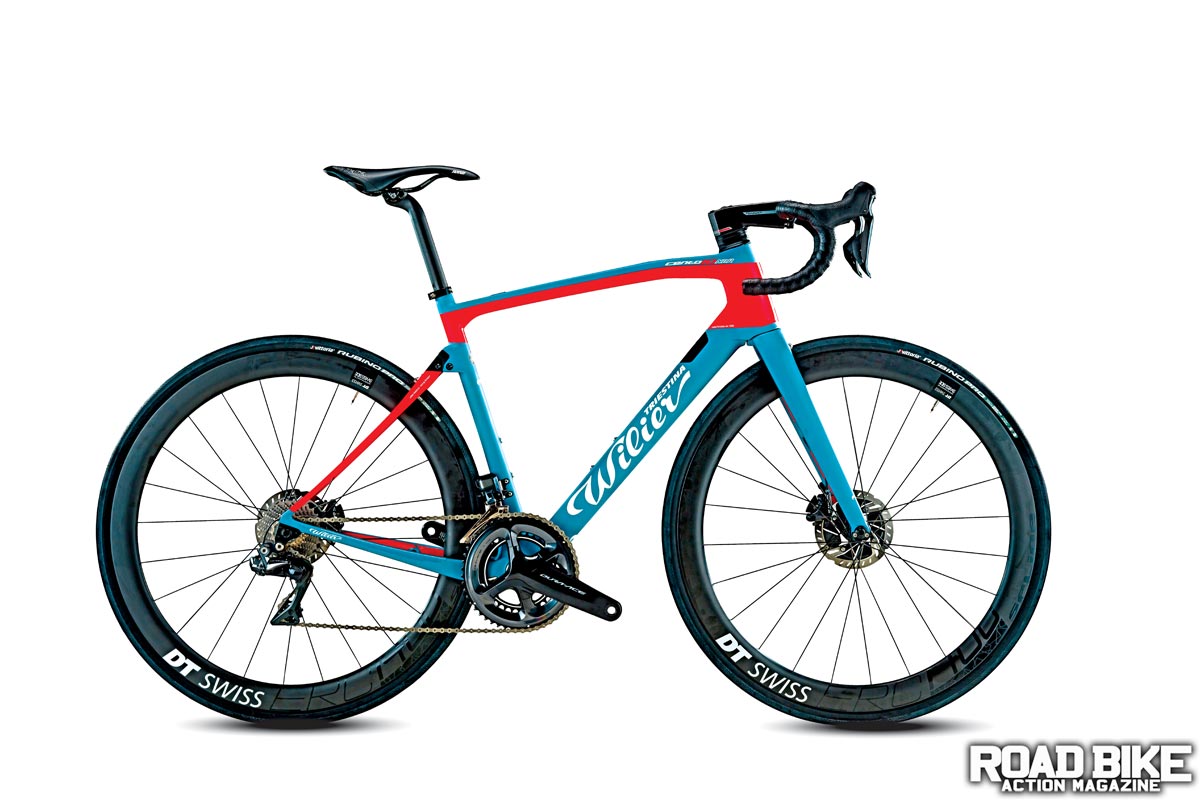 Just as it proved true with mountain biking, it’s not what 200 or so pro road racers deem necessary that should be the ultimate judge of how suspension technology should evolve. Rather, it’s what makes sense for the number of citizen riders looking for added comfort, safety and performance as they pursue a happier and healthier life through two-wheeled adventure.

The one takeaway from it all? We know there is more suspension coming, and this time it looks like it’s going to stay. 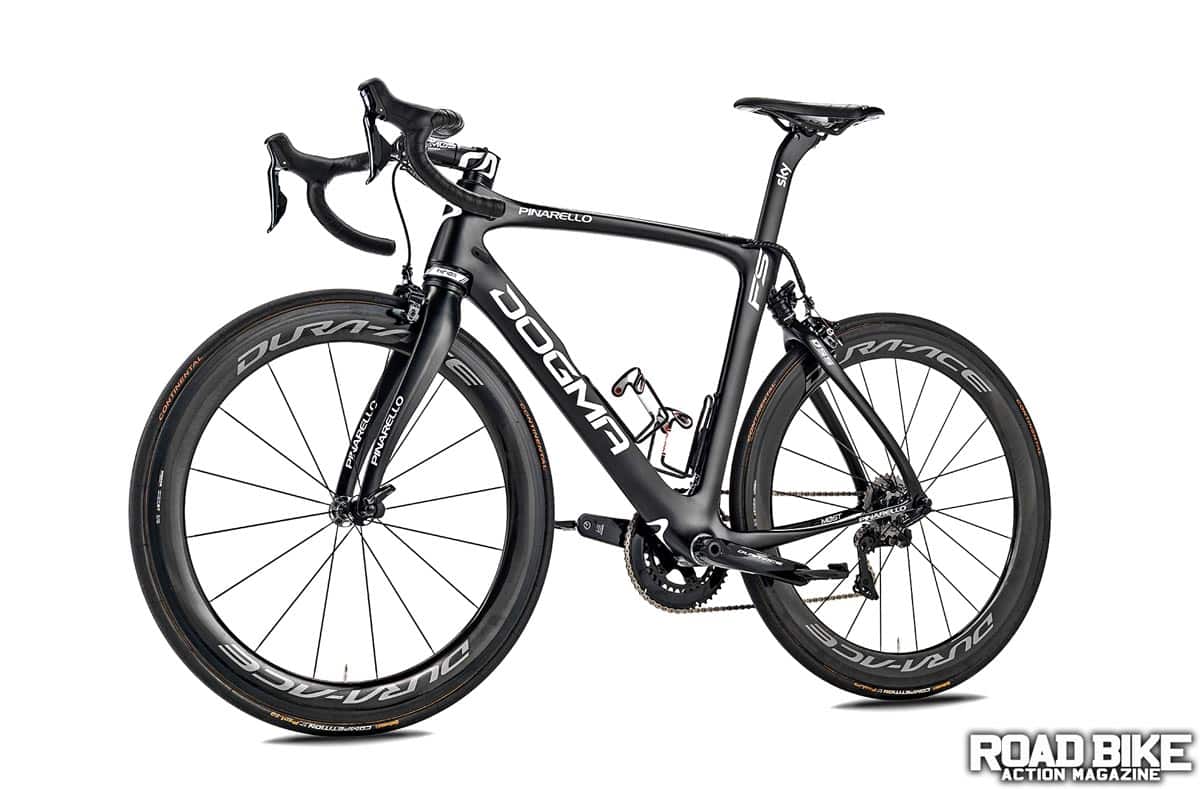 PINARELLO GOES ALL IN

Leave it to Treviso to make the leap

As a brand that has historically kept one step ahead of current trends when it comes to bicycle design, Pinarello made sure to keep that momentum intact at Paris-Roubaix by putting six riders aboard their latest full-suspension Dogma race bike.

Although Pinarello and Team Sky have toyed with rear suspension for the last few years with the K8-S model, 2019 marked the first year that they employed front suspension as well. The big difference between the front and rear units is that the front suspension is a hydraulically damped unit with a coil spring, while the rear still uses a urethane spring. Both suspension systems fall under the tag of the Dogma Smart Adaptive System.

While the forward-thinking bike design lies with company namesake Fausto Pinarello, the suspension components come to the legacy bike brand from the Italian suspension firm HiRide, who have been producing electronically controlled suspension for the automobile industry.

To start things off, Team Sky rolled into the city center of Compiegne (the town outside of Paris where the start is actually located) with a stable of the usual all-black, asymmetrical Pinarello Dogma frames that have been the benchmark for Sky’s domination over the years.

As was the case last year, the rear smart shock still relies on an electronic lock-out system that the rider can adjust via buttons positioned above the water bottle on the downtube (also with an app). The shock’s brain resides in the piggyback reservoir and is wired to the battery that resides inside the seat tube. 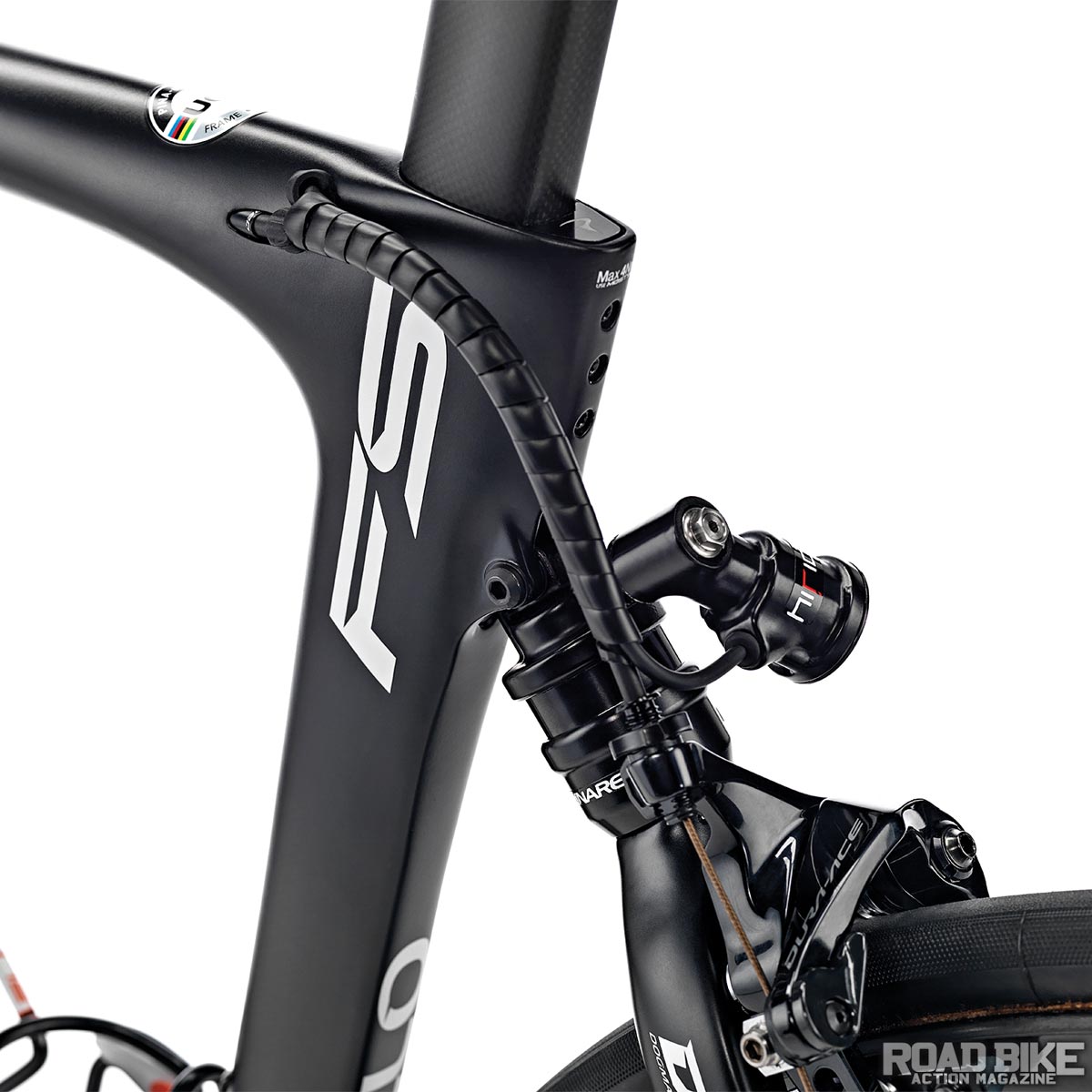 What was different with these bikes from previous years was the small gap found between the fork crown and bottom of the newly cut-out head tube. Old-time mountain bikers will hark back to the days of old when Cannondale first introduced their HeadShok suspension that, too, was enveloped inside the
head tube.

By combining the shock and flattened flex-stay chainstays, the Dogma FS delivers a minimal 11mm of rear-wheel travel. The HiRide front suspension offers almost twice the amount with 20mm of travel.

The shock is said to have three settings—fully open, closed and custom—where a rider can individualize how quickly the shock reacts to the bump forces.

Pinarello claims that the added weight of the battery is just over 300 grams. More important, they also say that in a comparison test with an unsuspended bike pedaling over the specific cobble section, the FS was 10-percent faster.

Although we know the Dogma FS is not meant to be a gravel bike, we were nonetheless surprised that the frame only has room for up to a 28mm tire.

According to Pinarello, four sizes of the frameset will be available for $10,000.

Do you want to be faster and have the ability to dig deeper?