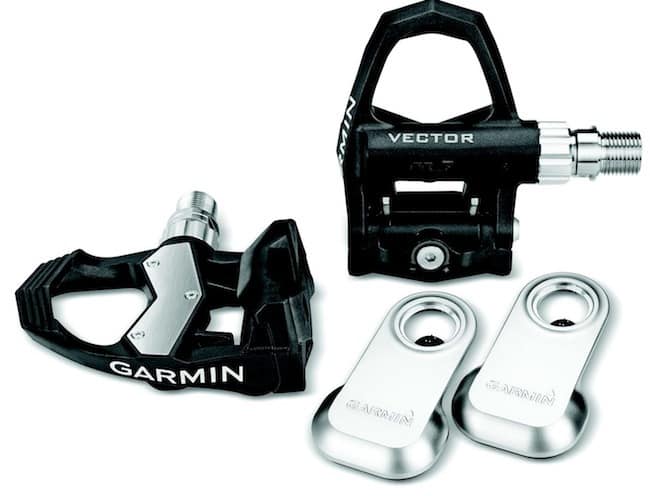 GARMIN VECTOR PEDALS
One of only two pedal-based power meters on the market, the Garmin Vector pedals utilize strain gauges housed within the spindles of the Look-style pedals. Very similar in design to the Keo Power pedals, the Vectors set themselves apart due to their ANT+ protocol, making them compatible with Garmin’s own head units or any other ANT+ computer. True left- & right-leg power is a big selling feature, as is the low weight, which adds only about 50 grams of weight over a standard pair of Look Keo Blade pedals. Garmin makes a number of ANT+ computer head units that will work with the Vector pedals, with the 810 being their accessory-laden model that has full mapping functions.
Price: $1699.99, $499.99 (810 computer)
GARMIN 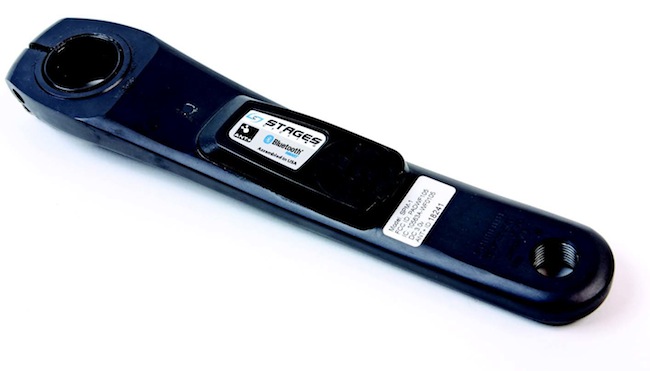 Lightweight, simple and the most affordable power meter. Despite having only been on the market for just over a year, Stages has already built up a strong following of racers who like the mere 20 grams of weight it adds. Starting at $699 (for a Shimano 105 left crankarm), it’s the most economical power meter on the market. But, due to the strain gauge attaching to the left crankarm, crank compatibility is limited. Even though Stages claims a +/- 2 percent accuracy, only the left leg is being measured, which could skew total power numbers if the rider has any left-to-right pedaling imbalances. It uses ANT+ and Bluetooth protocols, so you can choose the best head unit for your budget and needs. Available for nearly all Shimano, SRAM aluminum and Cannondale Hollowgram SI cranks.
Price: Starting at $699
STAGES CYCLING 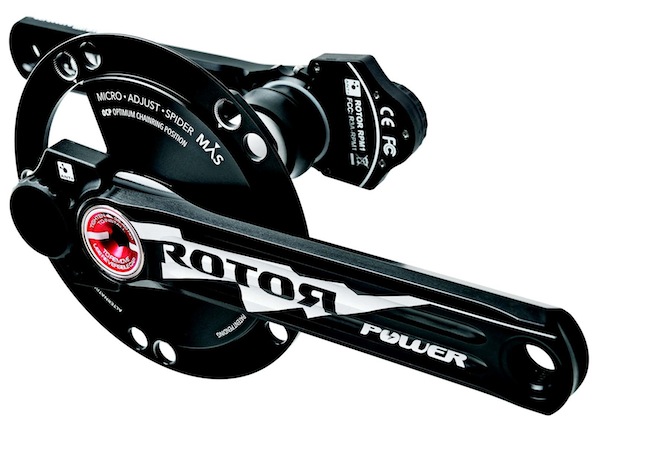 Beginning with Rotor’s beautifully CNC-machined aluminum cranks, they then add strain gauges to each crankarm in order to give true left- & right-leg measurements, similar to what the Look Keo Power pedals and the Garmin Vector have achieved. Rotor claims a mere 30-gram weight addition over a standard pair of 3D+ cranks, making them one of the lightest options yet. The spider uses a micro-adjust system that allows fine-tuning of Rotor’s Q-Rings, and what better way to find your optimal Q-Ring placement than by using power? Rotor Power cranks will work with any ANT+ computer.
Price: $2400
ROTOR 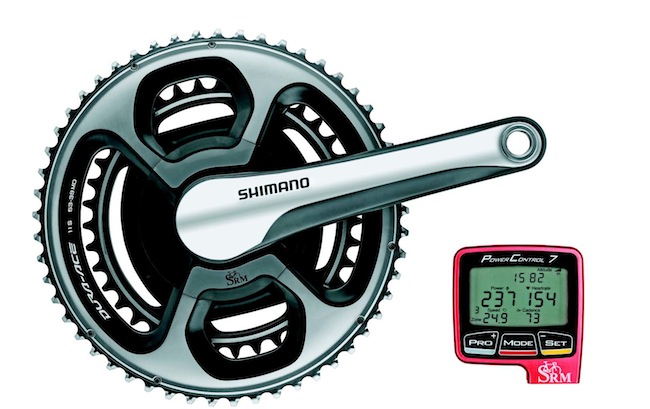 As the original consumer power meter, SRM still holds clout as the professional’s choice when training with power. No other brand even comes close to the selection of crank brands and options offered by SRM. Shimano, SRAM, Campagnolo, FSA, Rotor, Specialized, Cannondale, Tune, and THM are all available. Both the power meter and Power Control computer are made in Germany, and are then either assembled there or in their Colorado Springs facility. The newest SRM features a Dura- Ace 9000 crank that can be had with three different chainring options: 53/39, 50/34, and 52/36. Battery changes require a return to the service center, but with a claimed 3000 hours of battery life, it won’t be a problem very often. The power meter can be paired with SRM’s Power Control 7 computer, or any other ANT+ computer.
Price: $3295 (Dura-Ace 9000 crank), $750 (Power Control 7 computer)
SRM

With a total of four different power meters in their line, Quarq has power meters to meet multiple budgets and drivetrain options. The Elsa uses SRAM’s premier Exogram Hollow Carbon crankarms and houses the meter’s strain gauges within a CNC-machined aluminum spider. Six crank lengths are available, ranging from 162.5 to 177.5mm. Although the Elsa is 10-speed-specific, there is a Red 22 power meter for those running 11-speed drivetrains. Both power meters utilize Power Balance left- & right-leg analysis, ANT+ protocol, and easy accessibility for battery changing. Standard and compact gearing are available, in addition to BB30 and GXP spindle options.
Price: $1995
QUARQ

Another one of the crank spider-based power meters, the German-made Power2Max is one of the more affordable options, especially if you already happen to have a pair of Rotor, TA or Lightning crankarms, since there is an option to buy the spider alone for $879. Features include Left/Right Balance to give an estimated individual leg workload, auto-zeroing to ensure an accurate reading as temperatures change, easy do-it yourself battery replacement, and ANT+ protocol. Power2Max also offers the Navi2Coach GPS head unit that will work with their power meter or any ANT+ products on the market.
Price: $879 (spider only), $1099 (with Rotor 3D crank), $239 (Navi2Coach computer)
POWER2MAX 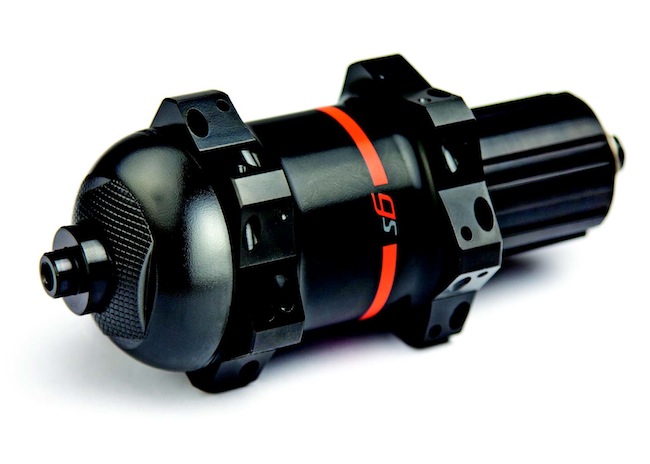 Although PowerTap wasn’t the creator of the power meter, they can be credited with making it a mainstream training tool by offering affordable options. For 2014, a brand-new GS model was released that features a hub shell and internals made by DT Swiss, and has a weight of just 320 grams (only 100 grams more than a standard DT 240 straight-pull hub). PowerTap offers a number of custom wheel builds for the GS hubs, including rims from Zipp and ENVE. One of its most versatile features is an option of ANT+ or Bluetooth, enabling you to use your smartphone as the head unit if you prefer. PowerTap does offer the ANT+ Joule GPS computer that is designed specifically for power meter use and has 35 metrics to choose from on the customizable dashboard.
Price: $1089.99 (GS hub), $219.99 (Joule GPS computer)
POWERTAP

Between Polar’s electronics and Look’s pedal system, the Keo Power pedals are proven performers. Just like the Vector pedal, strain gauges housed within the pedal spindle measure pedaling force from each leg independently. Plastic transmitters that attach into the back of the pedal send that info to the computer head unit, which, in this case, has to be one of three Polar units since it uses their proprietary WIND protocol rather than the universal ANT+; although, we’re told that a Bluetooth version will be coming soon. If you’re a Mac user, only the CS500 head unit will be compatible.
Price: $2499.99 (with CS600X computer)
LOOK 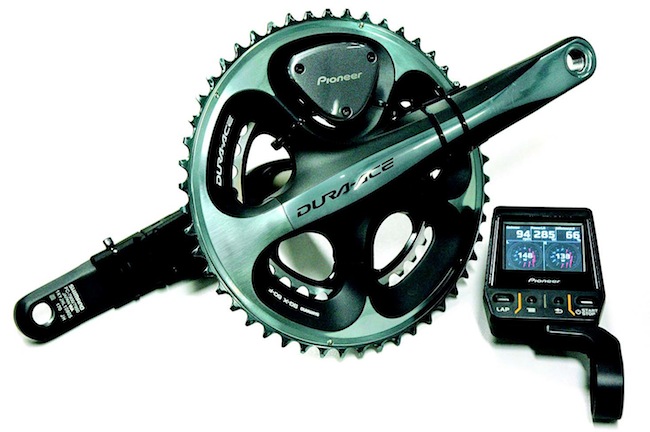 The newest kid on the block is bringing a wealth of electronics knowledge to cycling with its first foray into power meters. The unique design attaches strain gauges to the crankarm in a similar fashion to Stages’ Power, but in this case, both arms receive the strain gauges. Not only does the Pioneer power meter measure true left- and right-leg power, it also measures the pedaling direction and force at 12 points throughout the pedal stroke. The power meter can be retrofitted to Shimano Dura-Ace 9000 and 7900 cranks, but only at an authorized Pioneer dealer. In addition to the power meter itself, Pioneer is also offering an LCD touchscreen computer that shows real-time graphs for pedaling efficiency, as well as just about every metric one could want on the bike. Coupled with the Cyclo-Sphere cloud based website for downloading and analyzing data, the Pioneer system provides more information than any other power device on the market. Both the power meter and computer are ANT+ -compatible.
Price: $1600 (does not include crank), $900 (Cyclo-Computer)
PIONEER