POWER TO THE PEDAL 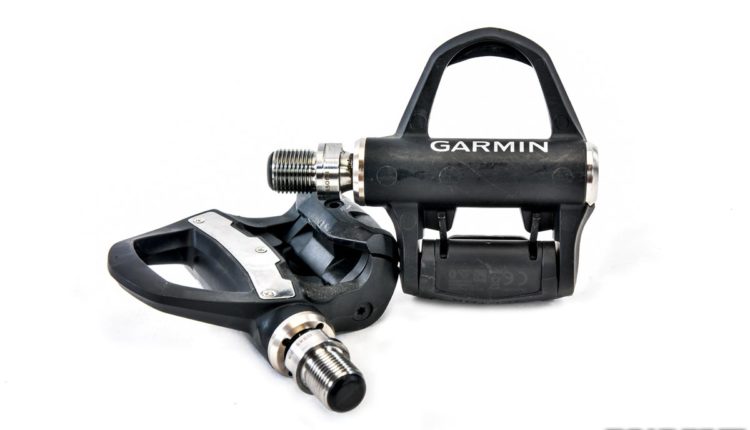 When it comes to a sport that wears its tradition and simplicity on its shoulder, there are many who shirk at certain new technology. Take disc brakes and electronic shifting for example. The power meter is another component that many cyclists know about but do not completely understand.

It’s been good to see how the demand for power and evolving power technology is allowing manufacturers to offer products at far more reasonable prices than in the past. But pricing alone has not always been the category’s biggest hindrance to gaining popularity. For many cyclists, the concept of power removes the emotional and natural aspect of riding and replaces it with a dependency on robotic-like riding. Of course, ask any single WorldTour rider if they’d ever train without power in favor of maintaining a more emotional, non-robotic-like tempo, and all they would do is point to Chris Froome’s trophy case as the best example of why not.

Garmin first brought the modern power pedal out in 2013, and it was finicky to say the least and slow to catch on. While the first version looks similar to the current design, it always had one big downside, which was the bulky
pod that housed the battery and transmitter. The other drawback was the $1500 price.

We were happy to see that the new Vector 3 pedal has lost the pod that made previous models difficult and tricky to set up. Now all the vitals are neatly housed inside the pedal spindle, and they work and set up just like a normal pedal. Overall, the Vector 3 is now a more viable option for the less tech-savvy cyclist looking for the benefit of power.

The Vector 3 can be paired with any power-compatible head unit, but, as you might expect, it is best matched to a Garmin unit. Garmin offers some extra metrics that they say can only be measured when you use their compatible head units. Many of these are more advanced features that the average cyclist new to power may not be interested in or even be ready for, but it’s great for those looking to get the most out of their data.

One of the plus sides to using a pedal-based power meter is that they are light, and they measure power output as close to the source as possible. This just means more consistent and accurate data. The pedals function just as you would expect any Look-style system—working with a tension spring on the rear to control disengagement and cleat options for float. In short, despite their internal complexity, the usability is simple and straightforward.

After pairing with your head unit of choice, the first time you just clip in and start pedaling. The units power on and off and calibrate themselves automatically. With the Vector 3, you get true dual-power reading, meaning it measures power independently for each leg, giving you the most accurate balance and total power (the less expensive Vector 3S is single-sided). While most people are very close to balance with power, there are many advantages to having true 100-percent-measured power, especially if you are looking to get the most from
your investment.

The Vector 3 is now one of the most user-friendly and simple-to-use power systems on the market. The integration of the entire system into the spindle means setup and swapping is easier than almost any other dual-sided power meter on the market.

The downside is that the pedals affect ground clearance and can hit the ground, whether it’s pedaling too deep into corners or in the event of a crash. This is something that can—and did—happen, which could have the potential to damage the unit.

The good thing is, Garmin has designed the pedals to take a lot of abuse and, if needed, offer a quick turnaround for repairs. With a new lower price point of $999.99 for the Vector 3 and $599.99 for the Vector 3S (single-sided), there is a viable power option that doesn’t include swapping or modifying anything other than your
current pedals.

If you opt for the 3S version and later decide that the pedaling dynamics and true 100-percent-measured power is what you want, Garmin offers an upgrade kit for $499.99.

And Then There Were Five

THE REDESIGNED SPEEDPLAY PEDAL GETS THE WAHOO UPGRADE