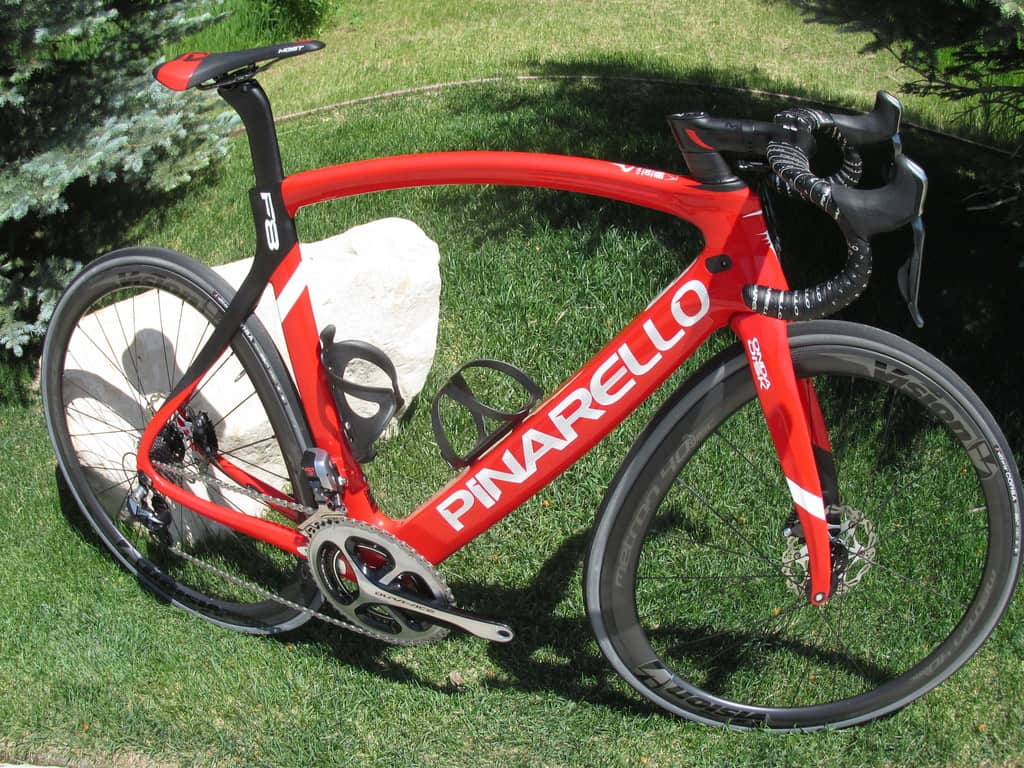 For the 11th annual running of the Press Camp, some key bike brands gathered under the roof of the Silver Baron Lodge to show-off some coming 2017 new model attractions. Among them was the Italian legacy marque, Pinarello, the company based in Treviso, Italy who has among their palmares 11 Tour de France victories to call their own along with numerous other Grand Tour, Olympic and World Championship wins.

Of a handful of models on display, there were two that stood out; the Dogma F8 Disk and the new gravel oriented Gan GR Disk (Pinarello uses “disk” versus “disc”. The F8, of course, is the same model used by the Team Sky to do all their winning and it easily sits among the “king of the crop” of Italian superbikes.

Here’s a video of Sky’s Elia Viviani giving an overview of his own Dogma F8 race bike.

Video – The Craziest Time-Trial Ever