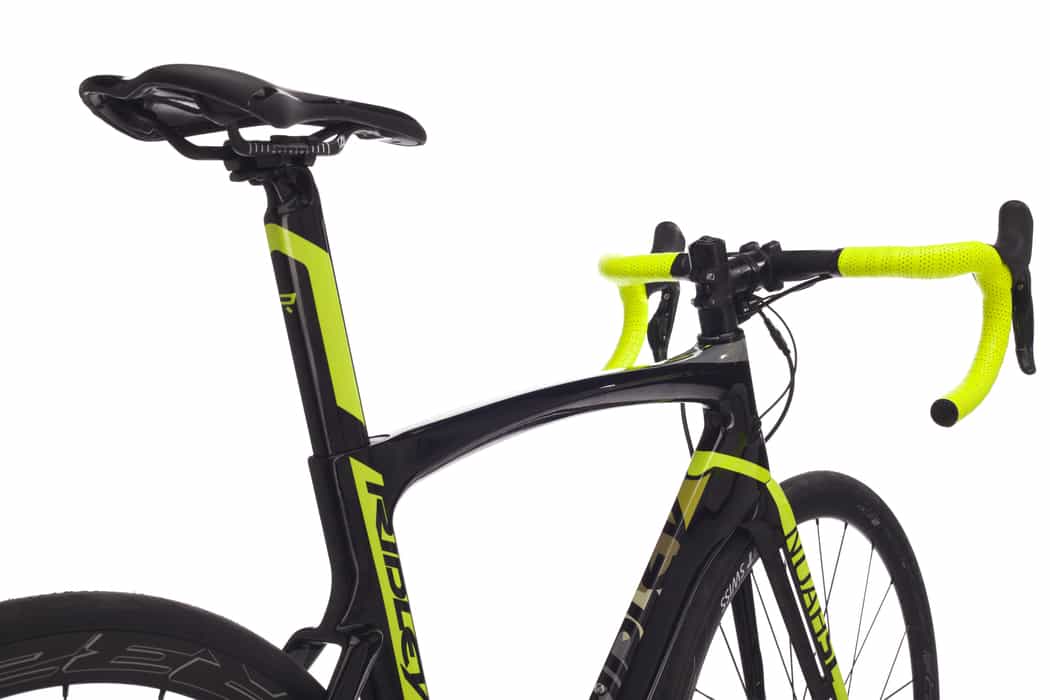 When it comes to defining any individual country’s cycling DNA it’s safe to say that while the Italians best identify with a universal theme of “passion” the Belgians easily have a lock on universal notions of toughness (just think Johan Museeuw!) And for 2017 the famous Belgian bike brand Ridley is channeling that sense of “toughness” as a central theme of their new bike campaign. 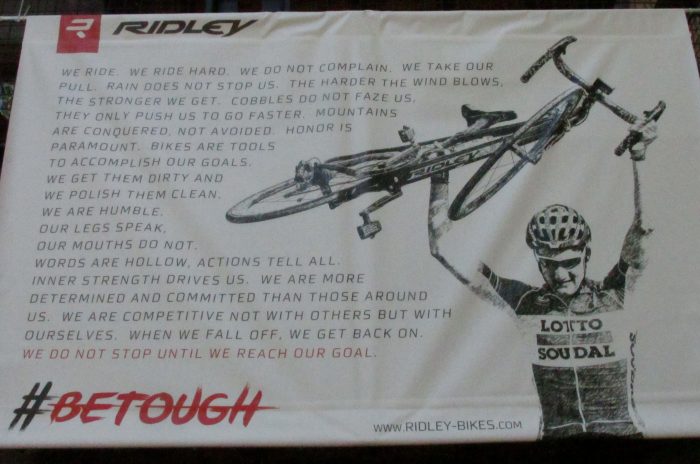 There’s always that moment when it comes to choose what bike to ride on the group ride. For the first ride at Press Camp, I chose the Ridley Helium SLA. No, it wasn’t as swoopy as any of the carbon offerings that sat waiting for pedals, but that was exactly why I chose it. 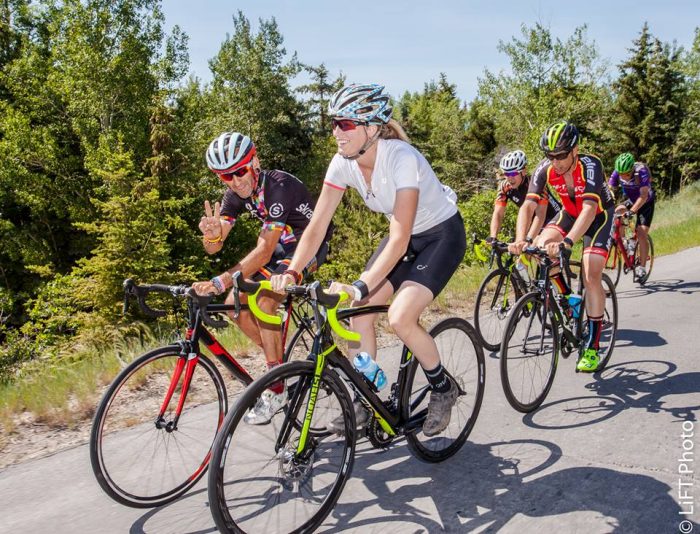 Headed out from Deer Valley up to the Empire Summit pass aboard a stable of Ridleys.

As wholly impressive – and fast looking – as the new Noah SL Disc was, I’d already logged miles on previous test versions (sans disc brakes) and I didn’t think the addition of Shimano hydro disc brakes would bring as much of a new experience as would a ride on the all-new Helium SLA aluminum bike.

In this day and age of ever fancier, and more expensive carbon bikes, it was nice to see yet another brand throw their hat into the aluminum camp which seems to be enjoying a renaissance these days. and that’s a good thing. We have long held that well-designed and price conscious aluminum bikes often out perform janky, lower-priced carbon bikes whose main selling feature is their carbon make-up.

And so at the appointed hour off we rode from the Deer Park resort and headed upwards to new heights. 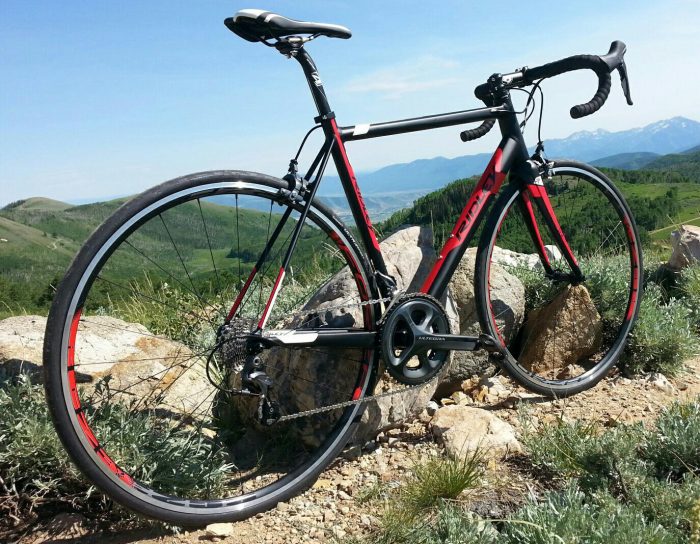 The Helium SLA is made from a combination of hydro-formed 6066 & 6061, triple-butted aluminum tubes. At first glance you mighty mistake the frame for being a carbon build due to the double pass welds that help create smoothed over frame joints. Ridley offers the (claimed) 1200 gram frame at three price points: $800 for a frame and carbon fork, $1300 with Shimano 105, and $1900 with Shimano Ultegra. 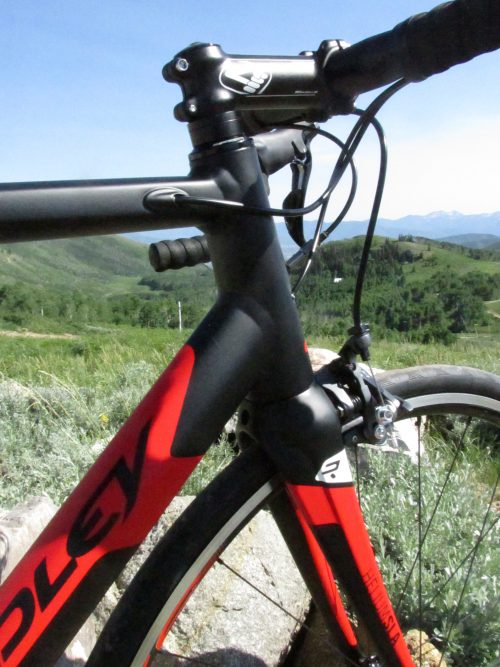 I rolled out on the Ultegra bike and was told that it  hits the scales at just a skooch under 18lbs. Notable details include the internal derailleur cable routing that snakes rearward through parallel ports in the headtube. To best avoid internal cable slap, the rear brake enters the top tube on the right sight and crosses over to exit on the left side.

It didn’t take more than a few hundred yards to be reminded of how quick and responsive and lightweight, well-designed aluminum bike can be.  As the roads outside of Deer Valley took us higher, they became rougher and steeper, and the Helium continued to perform well. This was especially true after the group flipped it and we came thundering back down the spiraling roads that had earlier caused us so much pain and gasping. The Helium’s handling was light and predictable and the rough road patches none too notable as the frame had a surprising amount of compliance. 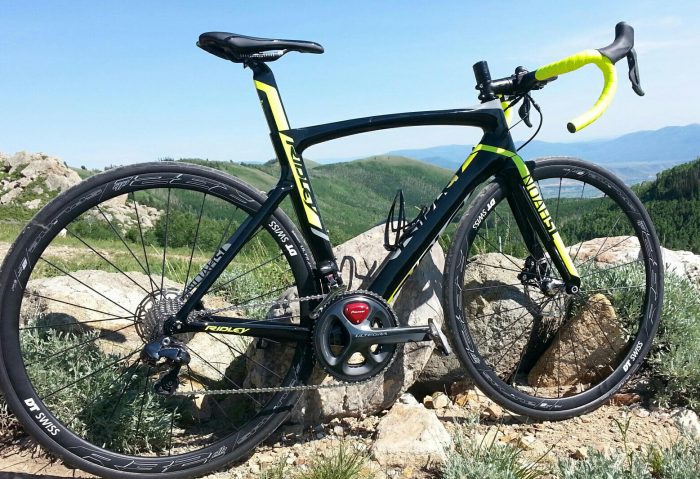 Few bikes better exemplify the cross-roads of technology and bureaucracy as well as the Ridley Noah SL Disc. The bike has been a winning mainstay of the Lotto-Soudal team for the last few seasons and for 2017 the Belgies (like so many others) figured why not update with it disc brakes? After all, since the UCI had put their official stamp of approval on the concept of disc brakes being allowed in the Pro peloton, it was a safe bet that the market would welcome the updated design.

Thanks to a still unproven “incident” that left a pro rider with a cut leg following a big crash, the UCI did their best impression of a disc brake and slammed the earlier decision to a standstill which left a multitude of bike brands with disc eqipped performance bikes “on the water” and headed to market. The take-away? Unless you plan to privateer your way into the UCI calendar, the Noah SL Disc is a phenomenal bike for anyone looking to go fast and stop quickly. 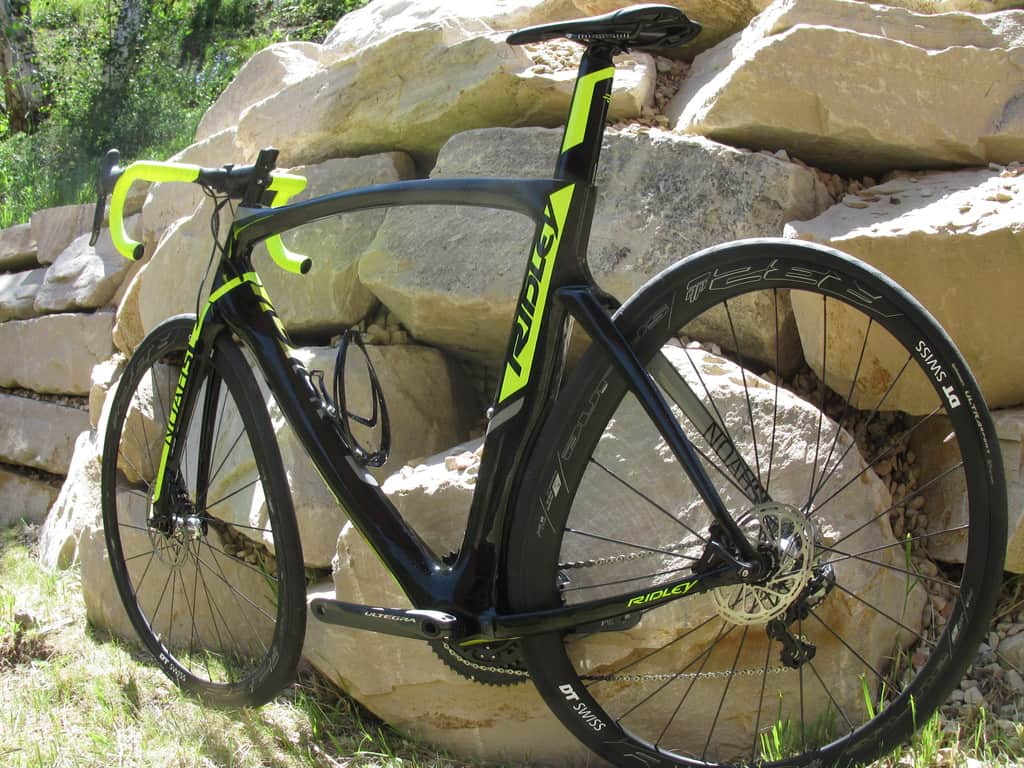 Other than the re-designed and reinforced fork and rear triangle to accommodate the stronger braking forces of the 160mm rotors (Ridley claims a 15% increase in braking power), and a new 142mm wide rear wheel spacing, the Noah SL retains all the Fast features of it’s caliper braked predecessor including the F Surface Plus, the Fast seatstays and most unique of all, the Slit Fork design that allows air to pass through a vertical slit that runs the length of the fork. Two versions of the Noah SL Disc ($4800 &  $5900) will be found at your local Ridley dealer.

Bike of the Week: Pinarello Paris