Richie Porte failed to strike the blow he was hoping to on Wednesday’s fifth stage of the Tour de France but said afterwards that the pressure is now on others. Porte finished fourth on the stage, 20 seconds behind stage winner Fabio Aru and just after new race leader Chris Froome. And while he had wanted to put some time into his rivals, Porte believes Aru and Froome will now have to shoulder more responsibility than him.

“I’m happy with my ride for the first mountain stage. I kind of expected a little more but it’s a long way to go,” said Porte, who described Aru’s attack on the mountain top finish to La Planche des Belles Filles as “incredible”. “He’s obviously going well but I think he’s going to have more pressure on him now.” As will Froome and his Sky team, who have held the yellow jersey since Saturday’s opening stage time-trial won by Geraint Thomas. Froome took over the race lead from Thomas, with Aru now third and Porte fifth, although the entire top 10 are separated by just one minute. And Porte was happy to see that Froome could not accelerate away from his rivals as he did on the first summit finishes in 2013 and 2015.

“Obviously when he did his usual squeeze there he dropped quite a few guys. “Obviously he’s going better than he was in the last race we saw him in. “But his team Sky are not quite what they were last year. He’s got a lot of pressure coming up.”

Porte knows about that as he was one of Froome’s team-mates for both those overall victories in 2013 and 2015, before battling against his good friend last year following his move to BMC. And while his team did a lot of work on Wednesday’s stage, Porte believes that Sky have the extra burden of defending the yellow jersey. “I think they’ve got plenty of work coming up in the mountains. Froomey’s got the jersey now and they’ll have that pressure.

“They’ve had to have the jersey since the start of the race and that’s going to take its toll, I hope.” Froome, though, says he and his team have had enough experience of defending the yellow jersey not to be daunted by it. “Its not my first time. I was in yellow back in 2013 (for the first time), that was a bit of an overwhelming experience,” said the 32-year-old three-time winner. “I’ve spent enough days in yellow now to get used to that. “I know what to expect now — this is going to be the hardest fought battle I’ve ever had in terms of the GC rivals right up there.”

And although Froome said the battle on the climb to the finish of the fifth stage had given “a little preview of just where everyone’s at in terms of their condition”, he warned against overestimating the importance of the time differences. “I don’t think there were any really significant gains or loses, other than Fabio, who moved up a lot of course. “The rest of the GC guys were still very close — it was just 10, 15 or 20 seconds between the main guys. “I wouldn’t read too much into that.” 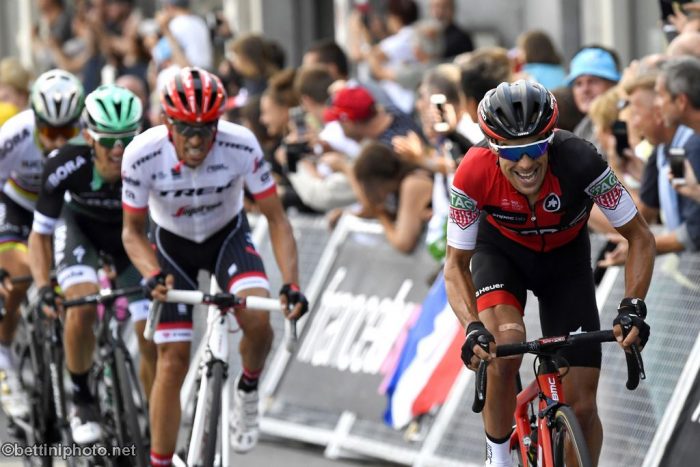 Giro ProLight TechLace – The Lightest Ever?!

2019 Tour Down Under Preview