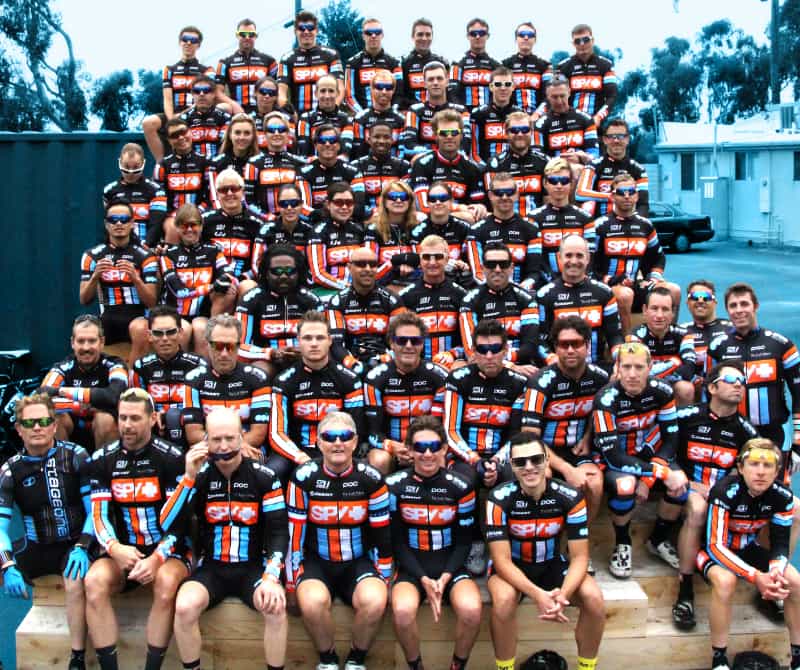 The SPY GIANT RIDE Elite Cycling Team today announced its roster of riders along with presenting and supporting sponsors. In 2015, the team will happily be known as SPY GIANT RIDE presented by GQ-6, and will fuel exclusively with GQ-6 products for all its competitive and training needs.

“The mission for our team—which is far different than any other SoCal team—is to bring together the most positive racers in Southern California who have the potential to leave a lasting, happy impression and provide them access to the best products and opportunities to fulfill their aspirations,” says Michael Marckx, SPY president and CEO. “Our partnership with GQ-6 will allow our athletes to perform at their optimum levels, and that will keep them happy as they win more and more races. When you consider we’ve got the greatest bikes from Giant, eyewear, helmets, shoes, wheels, components, apparel, and now nutrition and sports supplements, it’s no wonder a spot on our team is such a sought after position.”

The team also announced its supporting sponsors; True Dentistry, a dental team working to ensure their client’s oral health; The Lost Abbey, a collection of craft brewing geniuses who create the team’s favorite recovery ales; Clearview Investment Partners, a full service securities brokerage based in Newport Beach, Calif.; and Harmony Bar, an all natural energy bar created with the science of performance in mind.

In the co-title sponsor role, alongside SPY, will be Giant Bicycles and RIDE Cyclery in Encinitas, Calif. The team will don custom kits designed and manufactured by StageOne. Providing additional team support on the product side is SRAM components, Fizik saddles, POC and Zipp wheels.

“We’re most excited about the depth of our new talented younger riders, who have already demonstrated an ability to go fast and win with the best of them because they have a Happy disrespect for the usual way of riding,” added Marckx. “We built the team to be happy while being competitive regardless of the terrain or type of race, and these guys are all going to collectively put smiles and grimaces on the face of fans and competitors, respectively. It’s going to be the biggest year yet for our team.”

In 2014, the SPY GIANT RIDE team was one of the most successful in the region, securing multiple state and national titles in various disciplines while the 45+ team amassed the most victories of any such team in the state. In 2015, the SPY GIANT RIDE p/b GQ-6 team will compete in a full calendar of races in the region and will also field a Masters 35/40+, Masters 45/50+, and Women’s Elite team. These teams—stacked with state and national champs—will focus on the California and National Elite and Masters Championships road and criterium races as well as high profile multi-day races.