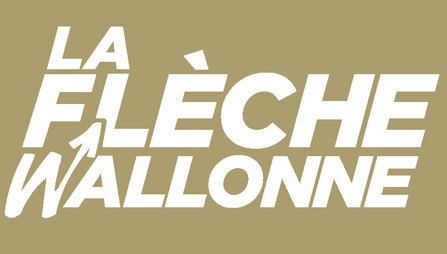 The Ardennes Classics week signals both the start of spring and the culmination of a first major sequence in the cycling season, during which the classics specialists come into their own. Indeed, the most explosive riders in the pack are those who express themselves best on the Flèche Wallonne, with a tough battle on the slopes of the Mur de Huy climb. This year, the loop has been slightly rearranged in order to provide more opportunities and precipitate the cull between the pretenders to the crown: there will be an interval of only 58 kilometers between the first and third climb up the Chemin des Chapelles!

Following this world cup final for punchers, an entry into history on the Oldest of the Classics will be won through attrition, all along the demanding 258-km route. As they attack the last third of the race, the riders will acquaint themselves with a new trio of climbs made up of the Côte de Pont (after 168 km), Côte de Bellevaux (after 172 km) and especially the Côte de la Ferme Libert slopes (after 180 km), the last of which boasts an average gradient of 12.1%, which will no doubt heat up the race scenario and the riders’ calf muscles as they get ready for the final battle.

However, the 2017 Ardennes Classics campaign is already destined to go down in history thanks to the welcome reserved for the women’s pack, which will also be tackling the famous Amstel-Flèche-Liège racing sequence! The rebirth of the Ladies’ Amstel Gold Race will provide some valuable pointers and probably desire for revenge for the pretenders to the crown taking part in the 20th edition of the Women’s Flèche Wallonne. More importantly, for the very first time, they will have the opportunity to discover the prestige of La Doyenne which now boasts a younger sister. For the first edition of the Women’s Liège-Bastogne-Liège, the ladies have been spared the full return journey, with starter’s orders given in Bastogne. Over the 135.5-km route that they will tackle, they will be battling over the same last 45 kilometers as in the men’s race, which becomes especially tough from the Côte de la Redoute slope onwards, providing a testing welcome to the women’s pack.

WATCH: BEHIND THE SCENES WITH ALAPHILIPPE AT LIEGE-BASTOGNE-LIEGE