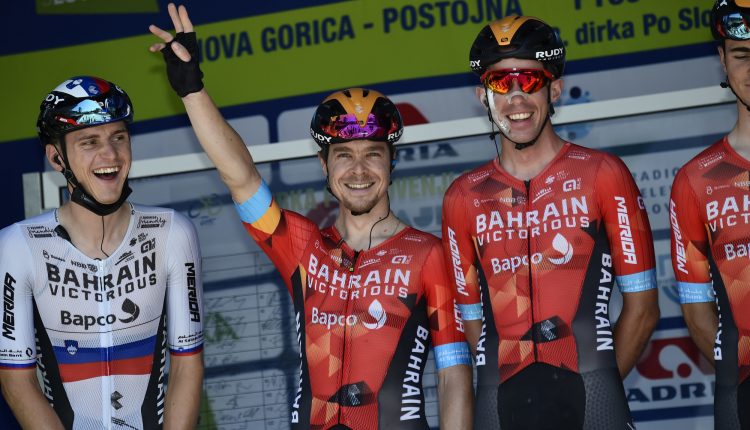 Team Bahrain-Victorious on Monday accused authorities of “intentionally damaging the team’s reputation” following a series of police searches on homes of staff members and riders in the lead-up to this year’s Tour de France. A statement released by the team did not specify the location of the raids although specialist website VeloNews say they were conducted by the European Union Agency for Police Cooperation (Europol) across several countries, including Slovenia, Poland, and Spain. During last year’s race Bahrain’s hotel and bus were subject to an anti-doping raid by French authorities. This year’s race begins in Denmark on Friday.

“The investigation into the members of the team, which started almost a year ago and did not yield any results, continues just before the start of the most important cycling race, the Tour de France, and damages the reputation of individuals and Team Bahrain Victorious,” the team said in the statement.

“The team feels the timing of this investigation is aimed at intentionally damaging the team’s reputation.

“The house searches experienced today… represent a continuation of the investigation process that began during the team’s successful performances at last year’s Tour de France.”

Bahrain said they had repeatedly requested information on the investigation “without success”.

“At no time, and so far, have the team been informed of the progress, results or received any feedback about the investigation from the Marseille Prosecutor’s Office,” the team said.

In 2020, their manager Milan Erzen was cited of as part of the investigation into the Aderlass blooding doping ring but he said the claims were totally false.