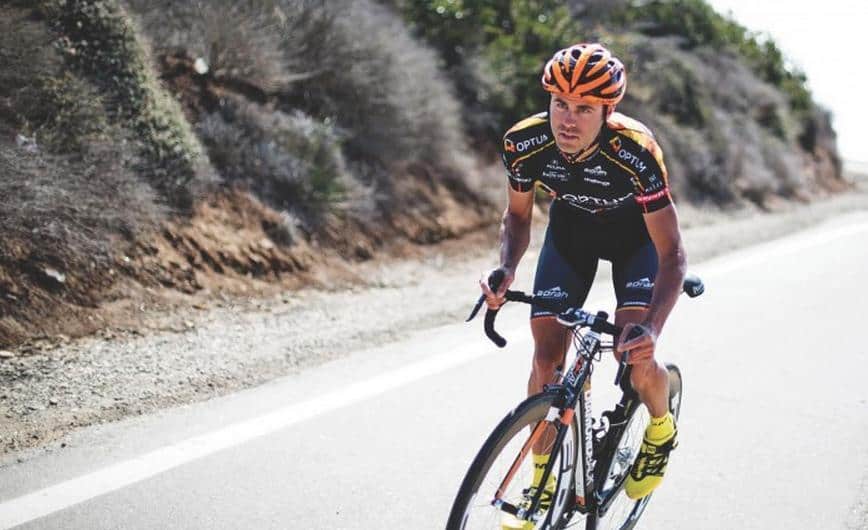 There’s always a sense of curiosity when it comes to a pro cyclist’s training—what intervals they do, how many hours they ride, and at what intensity level. Other than the sheer awe we experience upon finding out what allows them to attain such a high level of fitness, it can be hard to find ways to apply what they’re doing to our own training plan. As if the pros’ level of training isn’t far enough out of reach, oftentimes so, too, is the language they use to describe it. In the hope of bridging the gap between us and them, we asked three professional riders—Ted King, Jesse Anthony and Matthew Busche—for details of their training. Once we got it all down, we did our best to adapt it to be relevant for the majority of day-in and day-out riders out there who can only dream of having pro-level fitness. Read on to find out what Optum’s Jesse Anthony has to say.

BASE TRAINING BY JESSE ANTHONY
“It’s only been the past four years that I’ve actually done real base miles since I was racing cyclocross every winter, so I’m still adapting my training each year. Since racing typically begins in mid-March for me, I get back going after a break in November, which typically consists of a mix of road and mountain bike riding, with the first two weeks at 15 hours and the next two weeks at 20 hours. I like mountain biking because it’s a full-body workout and helps limit overuse injuries since you’re never in one position for very long; you’re in and out of the saddle and always scooting around because of the terrain. One day a week of hot yoga is also an important part of my program for stretching and core strength. When I’m training a lot, I get really tight muscles, and yoga helps with this, especially in keeping my hips loose. It’s also great for core strength, which is very important for cyclists.

“In December I’ll work on increasing training hours through the month before hitting 30 hours the week before Christmas. This is almost all endurance miles, except for some tempo work that I begin to mix at the end of the month. I’ll typically try to get in two rides per week, with 90 to 120 minutes of tempo broken into 30- to 40-minute segments. I usually structure training in three- or four-day blocks, followed by a recovery day. I like to take one day off a week to just not even have to think about getting on the bike. Usually, I take the week of Christmas off and use it for recovery and family time. Last year I got sick after Christmas, so it ended up being almost three weeks off the bike in total, and I went from ahead of schedule with fitness to way behind. That happens sometimes, and you just have to re-evaluate the schedule and make the necessary changes. 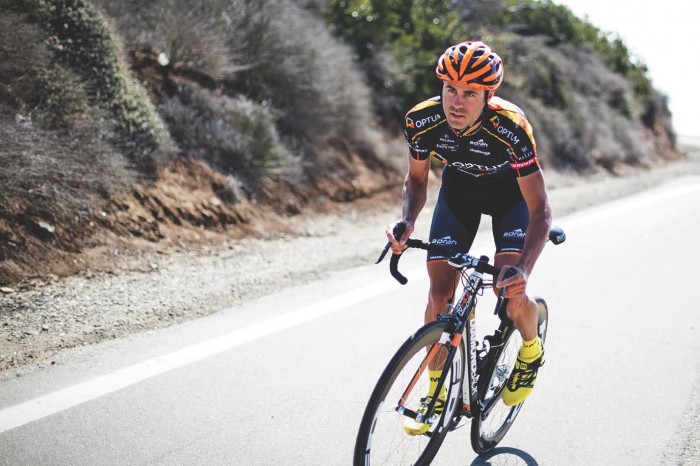 “This January I’m going to take a different approach to my build and try to do four to six weeks in a row at 25 hours rather than varying the weekly hours. I believe that the consistency in training volume will help my recovery between races like the Tour of California, Tour of Utah, and USA Pro Challenge, as well as general week-to-week recovery during the season. Another change I’ll be making is actually decreasing the amount of climbing I do each week. In the past I just spend my time riding the canyon climbs in the Santa Monica Mountains, but in doing that I can never keep a sustained power level throughout the ride; it’s either high on the climbs or low on the descents. On the flats, it’s a lot easier to maintain an exact average power since you’re on the pedals all the time.

“February is when I add in more threshold work since it gets me ready for team camp, which usually has a lot of intensity, and the early-season races.I’ll start with a 20-minute-or-so climb at threshold, then continue to increase the duration each week to where I can maintain the same intensity on a few climbs of the same length. One of these workouts in each three- or four-day block is enough. Jumping into the first couple of races is always a shock without higher-intensity work. I’m strong from the training, just not fast yet. It doesn’t take many races to get in the intensity necessary to reach top form, that’s why I like to spend more time focusing on consistent hours rather than high-intensity training. I’ve found that I feel better after getting in more miles with less intensity than fewer miles with more intensity. I use a Quarq power meter in training, but don’t like looking at it, unless I’m doing a workout at threshold or above. The same goes for heart rate. I always record it and analyze it if I’m feeling off or sick, but don’t usually look at it during the ride.

“I moved out to Southern California from Massachusetts in order to chase good weather during the winter months, and now I can schedule my training around the training plan and not the weather. Before making the move, I would ride the trainer for two to three hours a day when getting in base miles if it was too cold to ride outdoors. Mixing in some different intervals in order to make the time go fast when on the trainer is key. Things like low-cadence-strength intervals and high-cadence intervals just to break up the time and not make things so focused on the clock.” 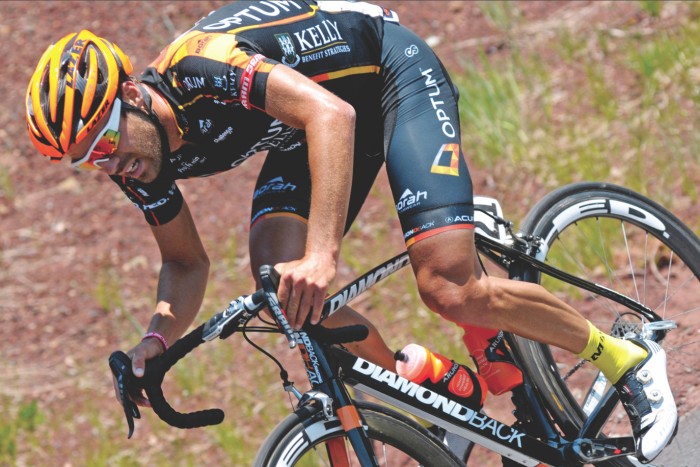 WHAT THIS MEANS TO YOU

• Mixing in mountain biking one day a week can be a good idea, and not only in the off-season. For most of us, having a day in the dirt each week throughout the year can be a nice change of pace from the pavement. And if you’re doing any sort of rough or technical riding, it is definitely a full-body workout.

• Just as Ted King also preached, core work and stretching are a critical part of performance and injury prevention. Yoga is a great way to achieve both a strong core and increased flexibility.

• Structuring training in three- or four-day blocks, followed by at least one recovery day, is a typical program for those who ride their bike for a living. A more practical program for the working class would be a three-day block running from Tuesday through Thursday, followed by a recovery day on Friday, then a two-day block over the weekend. Monday would be a recovery day before repeating once again. Regardless of whether it’s a two-, three or four-day block, the principle remains the same—the highest-intensity day comes first, followed by the next hardest day and so on. This helps maintain the quality of the workouts.

• The average cyclist can only hope to train a third of the hours the pros are getting in. With that being the case, riding at a higher percentage of your LTHR (Lactate Threshold Heart Rate) than what Jesse Anthony would be doing during an endurance ride is going to maximize your training time. Target 85 to 88 percent of your LTHR on endurance rides while minimizing unnecessary stops and coasting.

• A couple of months before racing begins, or your goal event, add tempo into the mix. Begin with 20 minutes of riding at 90 to 93 percent of LTHR, and slowly build up to about 60 minutes broken up into 20- or 30-minute segments throughout the ride. This can be done twice a week. Try mixing up the cadence once a week, going from 70 rpm to 100 rpm every five minutes.

• Increasing intensity from tempo to threshold should happen four to five weeks out from racing or your goal event. Start with 20 minutes at 94 to 99 percent of LTHR, and work up from there to a maximum of 60 minutes. Mix up the terrain between climbing, fl at and rolling roads. If there’s one particular terrain you really dislike, then focus your attention there so you can improve your weaknesses. No more than two threshold workouts per week.

• Use the early-season races to finish off your “race fitness,” that is unless your highest-priority events are the first ones of the season. If that’s the case, you’ll need to incorporate some of the intervals Matthew Busche recommends coming up next.

OVERTRAINING: 10 WARNING SIGNS AND HOW TO FIX IT